Sorry a total brain fart!  How could I be so stupid?  I misrepresented the Osprey as a Peregrine Falcon in the title no less.  I've fixed it now.  Thanks to David for the correction.

The drive down to Misty Meadows in Conn was just as interesting as the store itself.  We had to go down through Kimberley, Eugenia and Flesherton as a bridge is being replaced on the 7th Line, so we stopped in Flesherton to pick up a sandwich for lunch.  Shortly after that Mrs. F.G. suggested we drive down a sideroad to check out the nesting platform for Osprey, though it hasn't been used for a few years. 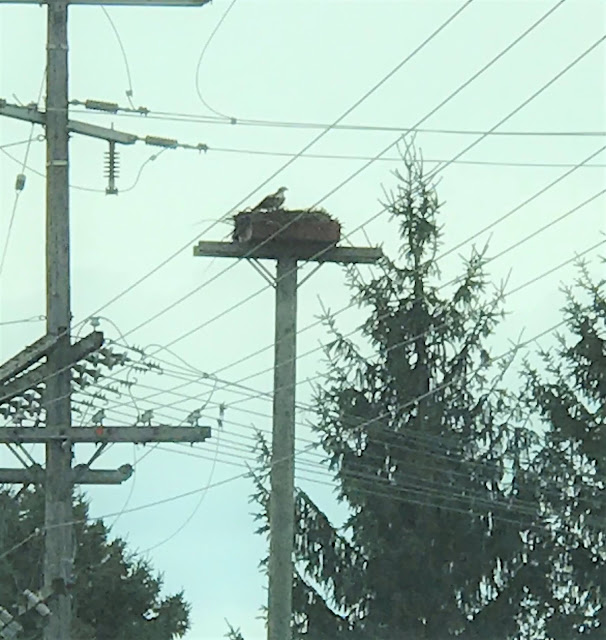 And there it was!  Only one adult visible, but it does appear to be nesting, if the young have time to mature at this late date.  I can't imagine the bird nesting right beside the high tension transformer station with all its wires, but maybe that's why they put the nesting platform there.  It's on a separate pole about 50 feet away. 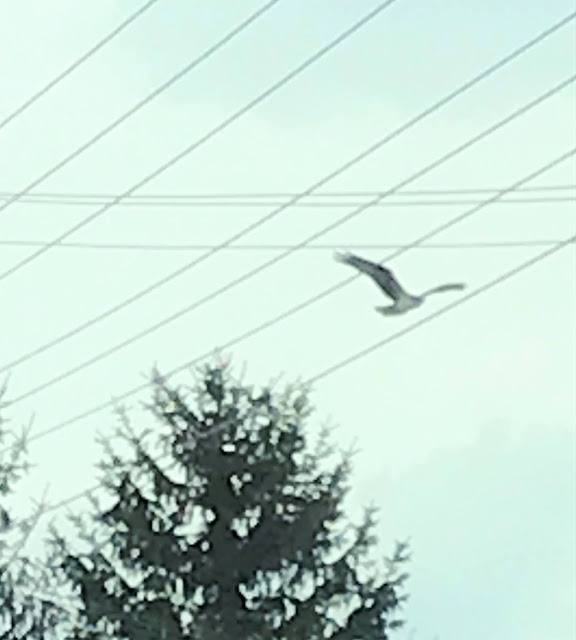 We tried not to disturb it, but the adult soon flew.  Oh for a telephoto lens at this point. 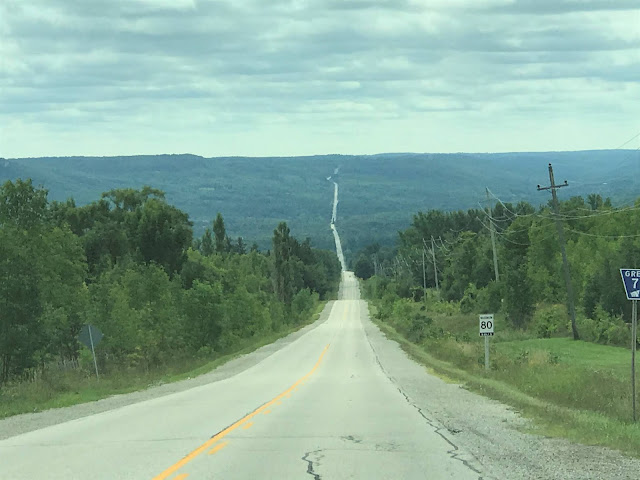 We had driven the long road down through the valley. 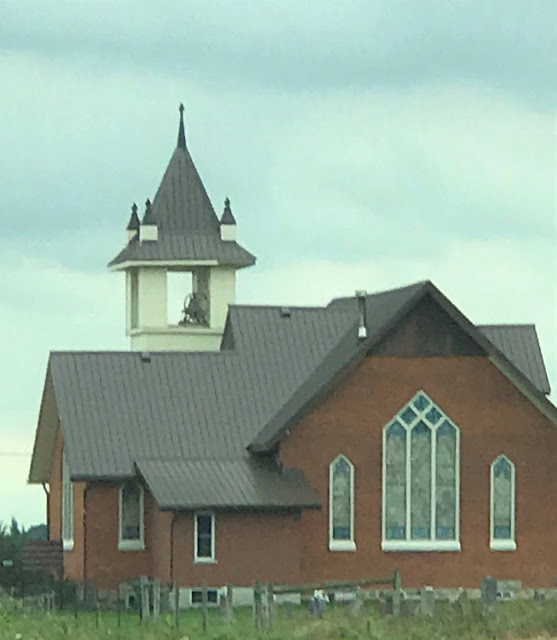 And passed the very interesting United Church in Swinton Park with its unusual belfry tower.  We've actually been in this church for a Strawberry Social once, and it's as interesting architecturally inside as outside. 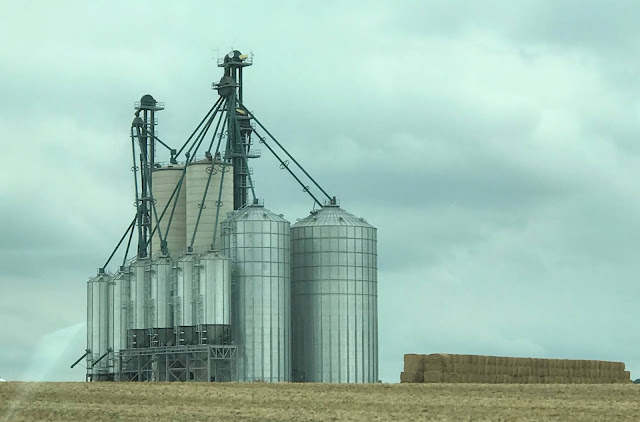 The big new grain elevator sits in a field behind the church, this year with a huge pile of wheat straw bales from the field in the foreground. 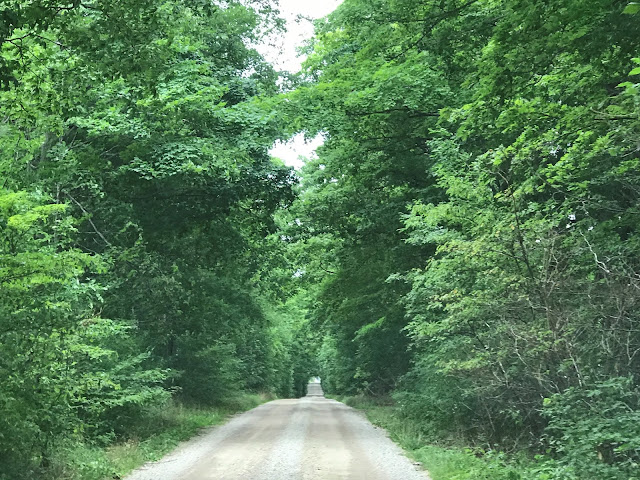 Then it was along our favourite road through the woods, and after that we were nearly there. 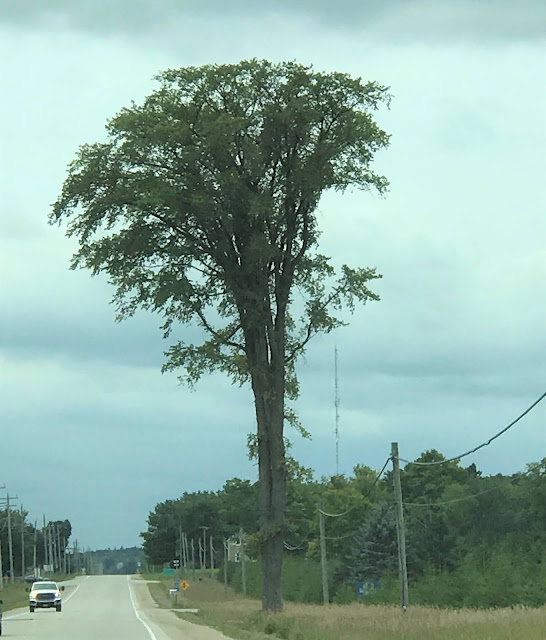 But along the road we got interested in the iNaturalist app I recently downloaded, and the Bioblitz this week.  Mrs. F.G. started driving really slowly along the back roads and picking out species I could get a photo of to submit.  What better place to start than this big American Elm just west of Ceylon.  Not many of these left, but a few survive if they're sufficiently isolated from other elms. 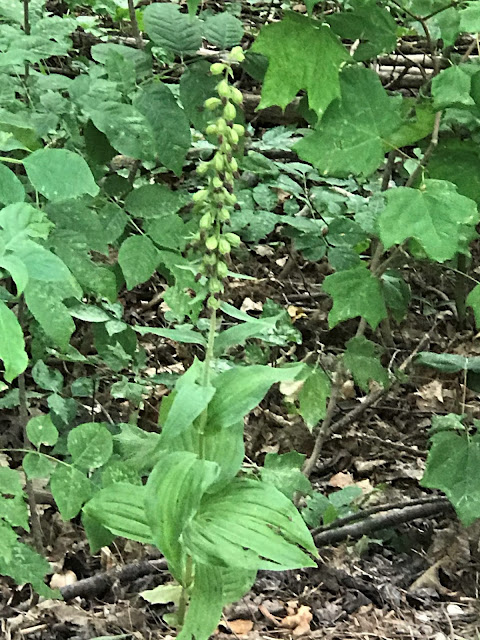 Then there was a Helleborine Orchid down our road through the woods. 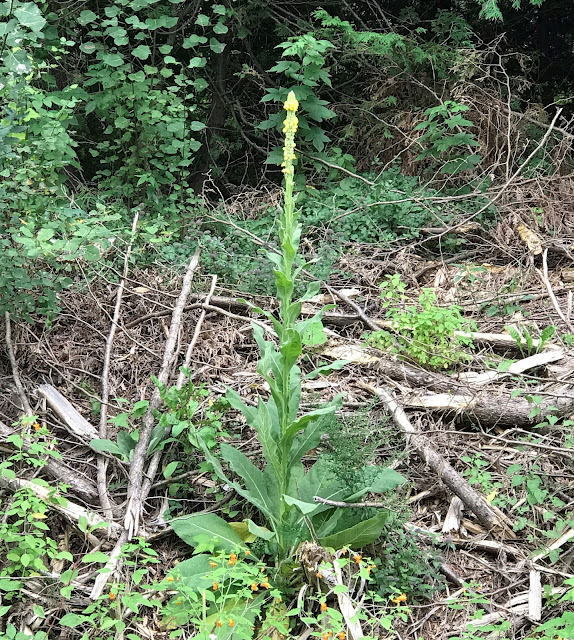 A Common Mullein plant in bloom across the ditch, nearly 5 feet high. 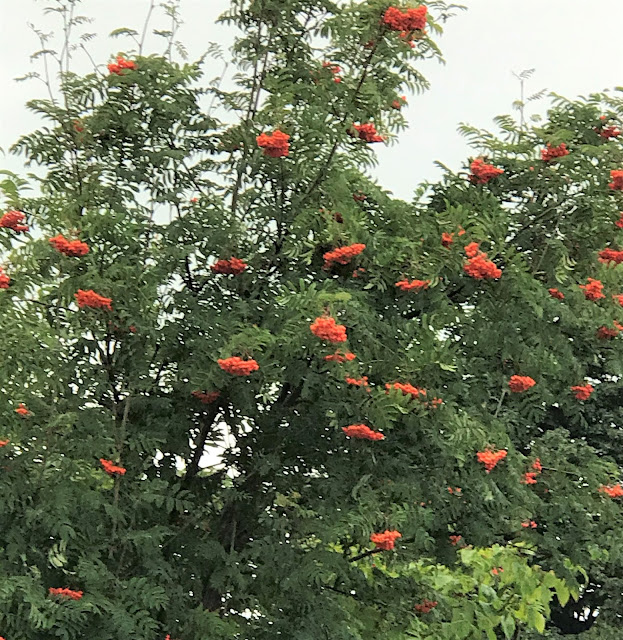 And a Mountain Ash with its bright orange berries. 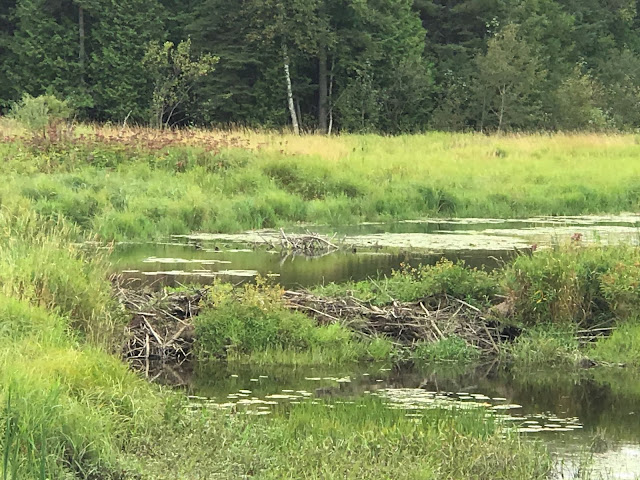 Even a beaver dam, which was a pretty good indication of a beaver in the area.  They allow evidence other than an actual photo for mammals and birds.  And of course that Osprey back at the beginning.  We really got quite interested in all these things we spotted, and ended up with nearly 40 species that I haven't seen in Meaford.  Photos all ready for me to submit.
And today was peach jam day no less, with Mrs. F.G. doing a good batch this morning.  They've already disappeared to the basement, so no picture.