I've been walking the Bruce Trail recently, trying to find different species of ferns, and at the same time becoming more familiar with those properties that the Bruce Trail Conservancy actually owns and manages. At the same time I'm practising going beyond the 'auto' setting on my camera, to get the right exposure, often in dim lighting conditions. 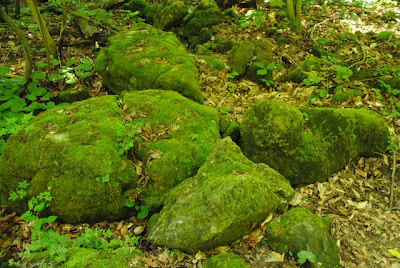 These moss-covered boulders along the trail looked almost black in a picture taken on the automatic setting, because of the dim light.

To get these shots, where it was quite dark under the tree canopy, I had to adjust the ISO settings to a high level, making the camera more sensitive to the actual light that was available. I also had to over-expose the shot deliberately to get the exposure I wanted. It took several shots to get it right, but this is much better than the typical dark shot I would get under automatic settings.

The shots below were taken with similar settings on the camera. The danger is that if natural lighting is too dim, you can't get enough exposure without using a very slow shutter speed, and you risk the picture being blurry. 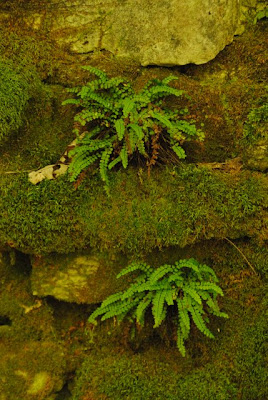 Maidenhair Spleenwort, a tiny little fern growing directly out of the vertical moss-covered limestone rock in a crevice along the edge of the escarpment. 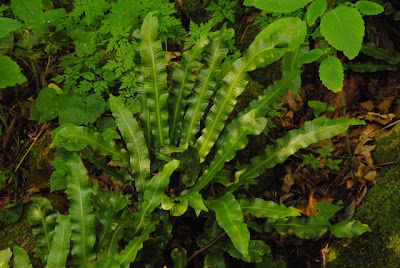 The rare Hart's Tongue Fern, growing in a dimly lit corner of the woods; over-exposed, the picture looks quite good.

Posted by The Furry Gnome at 12:31 PM No comments:

Walking on the trail this morning, and then headed to Meaford for lunch. The very dark storm clouds were billowing on the west, with thunder echoing in the distance. Just after I took this picture a sharp bolt of lightning split the sky below the clouds. And in 20 minutes the rain was just thundering down! 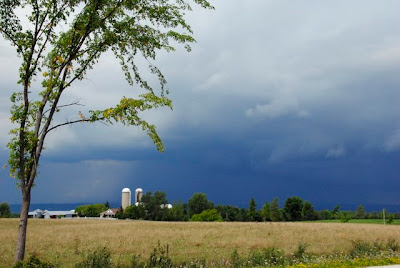 Posted by The Furry Gnome at 5:31 PM No comments:

Walking a bit of the Bruce Trail up the 7th Line, and almost destroyed this spider web. Luckily for the spider I was walking into the sun, and spotted it before I hit it, suspended right in the middle of the trail, six feet off the ground. Had to take several shots to get one clear! 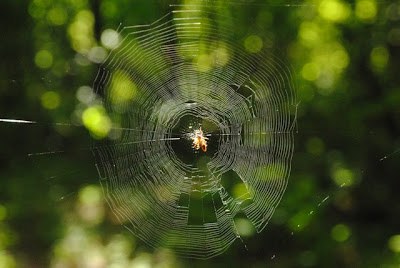 Posted by The Furry Gnome at 7:44 PM No comments:

Waking, I looked out the door of the loft into the trees and sky, and thought to myself what a beautiful day! Dull, dark gray clouds scudding over, leaves blowing in a cool breeze, and the whole yard looked wet. After the sweltering hot day yesterday, and the dry hot weather generally for the past month or more, a cool rainy day will be a huge relief. 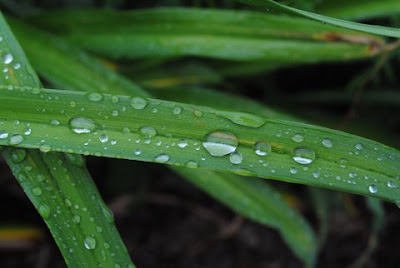 By 3 weeks ago the grass in the yard was looking more brown than green, and crunched under your feet as you walked. We were watering the garden to keep it at least green, and I was trucking water to a few distant trees that were planted just last year. One had already shriveled up and died. Luckily we also had a heavy rain 10 days ago, which rescued a lot of gardens, trees and lawns around here. Now we've had more rain and the water droplets are glistening on the blades of the giant grass and all the other plants. 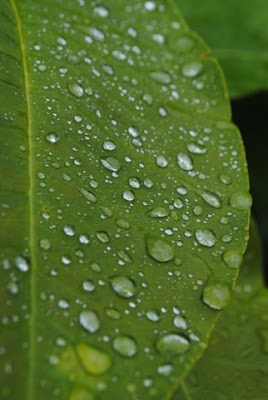 This morning it's thundering down again as I write this, and suddenly all the natural world has perked up. Weeds are popping up out of the grass, and the grass itself has suddenly turned green again. What a beautiful day!

Posted by The Furry Gnome at 12:27 PM No comments:

I've been lucky enough to be in the right spot with my camera several times the past month, and got decent pictures of several of the birds around the house and meadow. 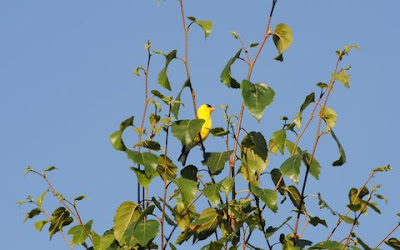 The goldfinch is both the brightest and most musical of these, and it's our most common bird all year round. One of the few birds that sings while it flies, it bounces across the meadow in flight, calling out a varied series of notes in it's almost constant song. Their tweeting to and forth sounds very much like a group of birds in conversation. 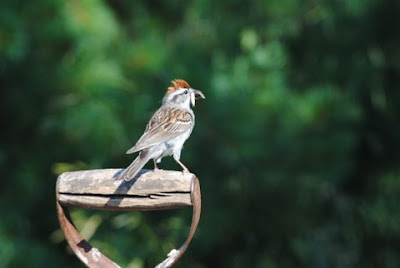 The chipping sparrows are one of the birds most tolerant of people; a pair nested in a cedar this year right at the edge of our deck. They're very small birds, with a song that's a straight trill. I often see them pecking around on the driveway, but this one landed on a fork handle while I was standing very close with my camera. I got off three shots and this one wasn't too blurred. 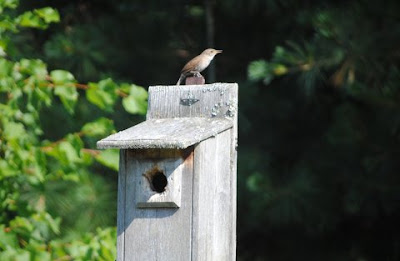 The house wren is more unusual. Though we often here one in the spring (they are one of the most beautiful songsters around, with a beautiful melodious call), we've never had a pair stay all summer. This one was making a second next in a birdhouse, but if I crept any closer it immediately vanished.

A number of birds around the yard - those like chipping sparrows, the house wren, robins, and mourning doves, which all nest comfortably close to people - have now brought off their 2nd broods, another sign that the seasons are changing. 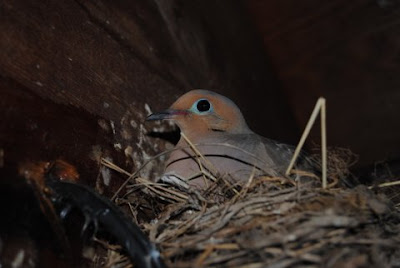 Our cabin has large hemlock beams that stick out at the ends where the robins and doves like to nest every year. One day recently I was up the ladder under the roof repairing a window frame, when I looked over my shoulder and there was a mourning dove - sitting on her nest, less than 2 feet from my head. She just sat there frozen, while I climbed down the ladder and climbed back up with my camera. I just took one shot, not wanting to bother her, but I've never been so close to a nesting bird!
Posted by The Furry Gnome at 11:40 AM No comments:

I was out with my camera early one morning, and along came a monarch butterfly. I've seen several fluttering by the past few weeks, but never one that sat still for more than a second! This one picked a joe-pye weed blossom, and just sat there, stretching its wings back and forth. So finally I got my summer picture of a monarch. On the first picture below you can clearly see two swellings in the black veins closest to the body, near the bottom end of the body. These mark it as a male. 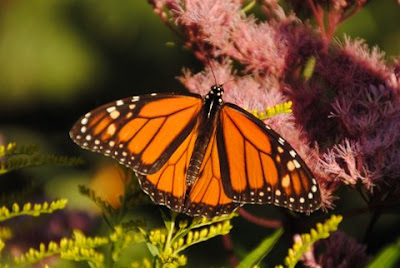 In this side view you can see the double row of round white spots on the outer edge of the back underwing. You can also see that there is no black vein cutting at right angles across the wings. These features mark it as a monarch rather than the otherwise very similar viceroy. 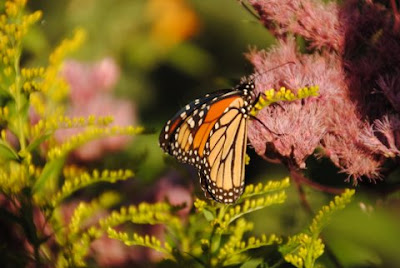 Posted by The Furry Gnome at 4:40 PM No comments: