Yesterday I got down for a refreshing trip to the bay, mainly a trip to the drugstore, but mostly I went to the shoreline.  And it was a beautiful morning, blue skies and warmish temperatures, though there's always a breeze off the water.

The sun was sparkling on the water of the inner harbour. 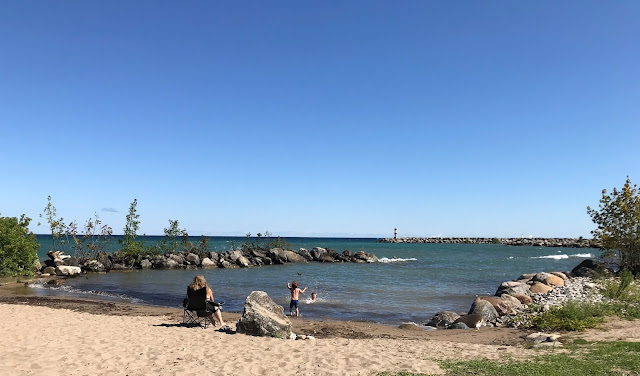 The first little beach I came to, which is sandy, was occupied as usual.  I always see at least 3 or 4 families here (usually moms with little kids).  (I waited until the kids were facing the water). 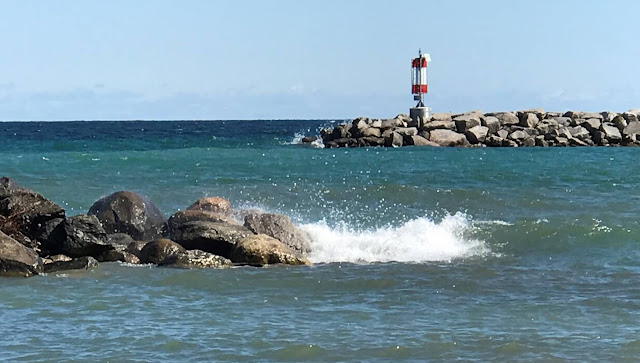 The waves were certainly rolling in arouind the little point that protects the beach. 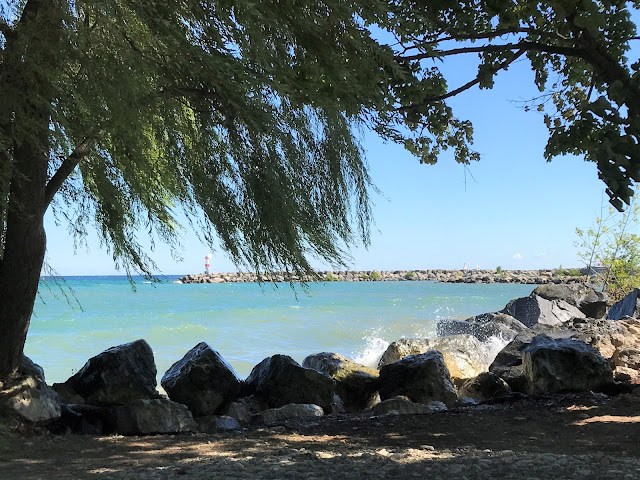 I sat here and took 15 identical pictures and never did capture the waves crashing over the rocks in between each shot!

Unusually, there was a stream of sediment flowing eastward in front of the next little point.  Usually the river emerging here carries it the opposite direction, so it must be a strong eastward current today.

They've put a fresh addition of big boulders along the bay side of this point. 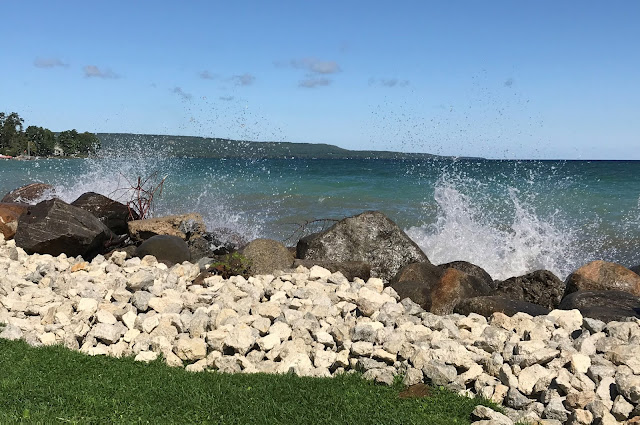 Actually caught a bit of a splash here. 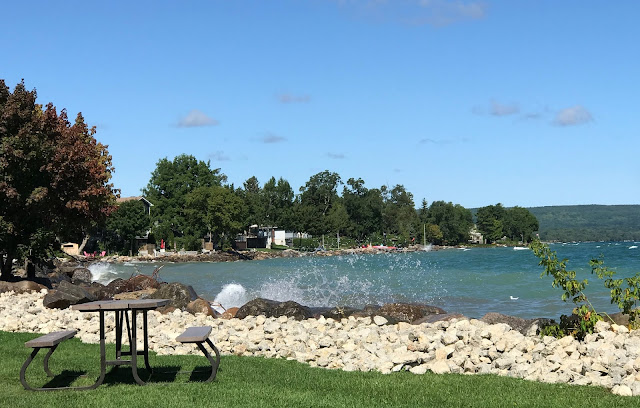 They've added these small rocks all along this part of the shore.  I fear if the water levels go any higher it will take a much bigger repair here. 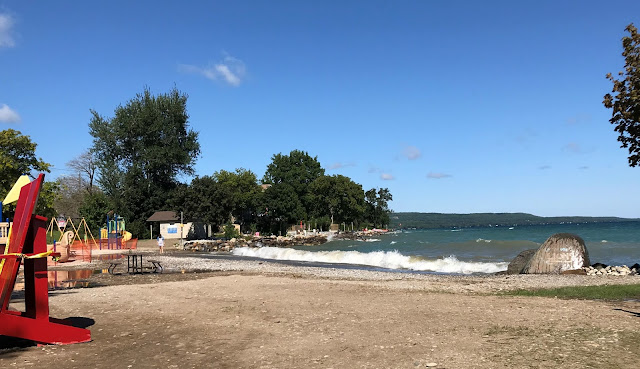 And they've done an excellent job of repairing Fred Raper park.  It's open now, and families can use the gravelly beach (so it's good for slightly older kids), though the actual playground equipment is still roped off.

I always love just watching the waves roll in on a beach like this. 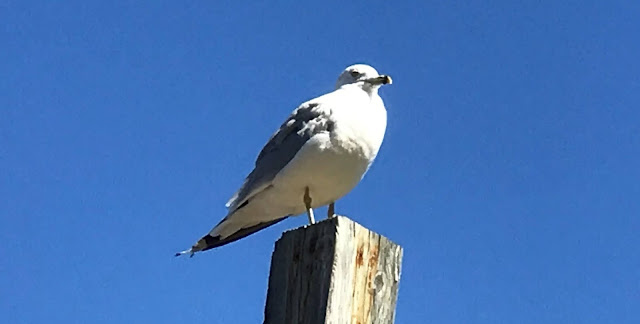 I even caught a Ring-billed Gull sitting nearby on a high post.  I'll submit this to the Bioblitz.  Though we often mistakenly label gulls as 'Seagulls', there are actually no such things as seagulls, they are just gulls, of several different species.  Ring-bills are the most common here in Ontario. 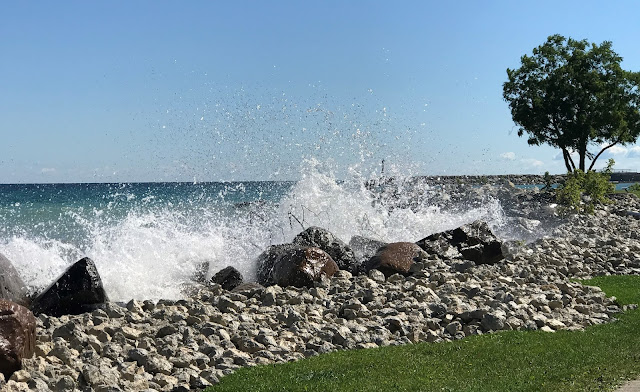 And finally I caught a good splash for you. 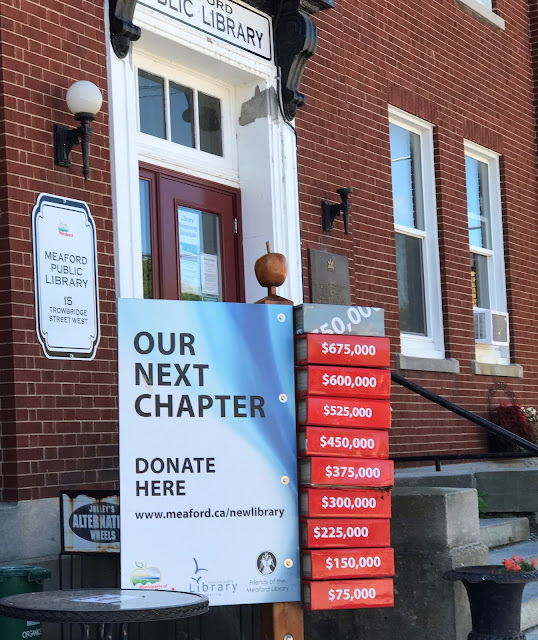 Didn't frame this picture very well, but I did get to the library to renew my card so I'm ready for the new library opening in a few weeks.  As I said yesterday, I can't wait.
I had more than one offer to donate to my hospital run challenge yesterday, but I certainly didn't intend that in mentioning it.  They're having enough difficulty making the run virtual this year, let alone accepting international donations.  And I'm not sure we could work out how to do it legitimately in U.S.$, let along N.Z.$, but thanks enormously for the offers.  It's very kind and just goes to show how we bloggers become friends, even at a distance.