More Soils and Crops and a Challenge

Today we'll do the drive from Meaford to Owen Sound and see what we see.  Remember I sit in the passenger seat, so if we're driving west I'm looking out toward the north.  And there's a lot of variety as the landscape changes from flat fields to up over some drumlins and then the escarpment to back down off the escarpment and into Owen Sound. 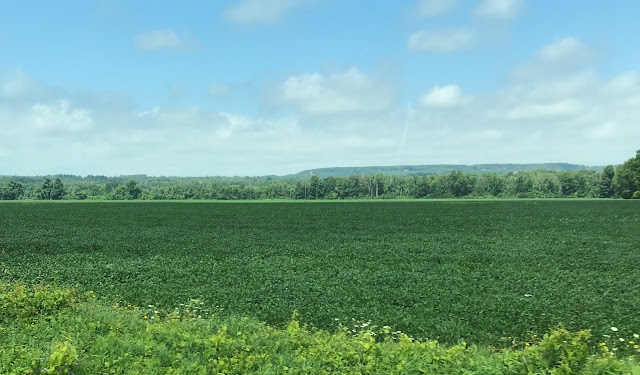 Those flat fields of sandy well-drained soils just west of Meaford are good for crops as well as apples,  Right across the road from one of the two biggest orchards is this field of soybeans looking good.  Last year this was in corn.

That hill in the distance is an outcrop of the Manitoulin Formation, separate from the main escarpment further west.  The Meaford army base is located almost entirely up on that bedrock island. 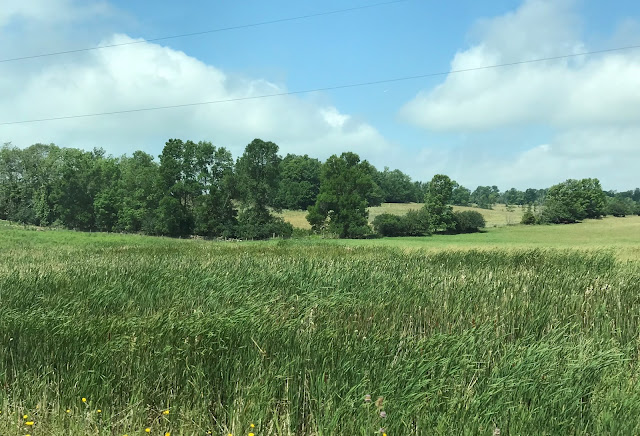 Then we head up over the ancient Algonquin shoreline and over a couple of drumlins and we start seeing patches of wetland in between those hills.

The forest, rather than cropland, is never far away here. 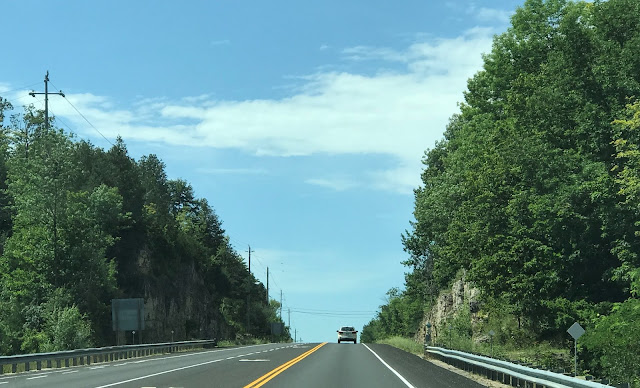 And then we're up over the Niagara Escarpment at the tiny village of Woodford and onto very different rocky land to the west for a few miles. 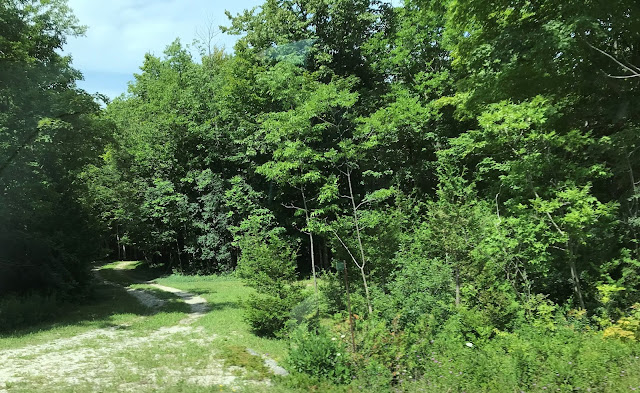 Here it's continuous forest right to the highway, though there are several mysterious driveways disappearing into the woods.  I always wonder what sort of place they have in there. 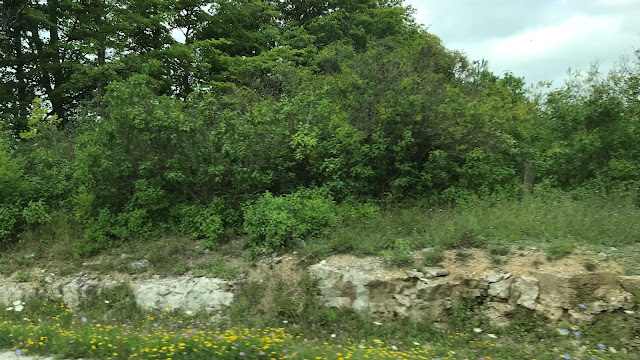 The rock is often near or at the surface, so though the land may have been naively cleared for farming a century or more ago, it's all regrown back into forest or scrubland now.

And then we're back into some flat fields and good soil for about two miles.  There are some good fields here that were in wheat last year, and corn this year. 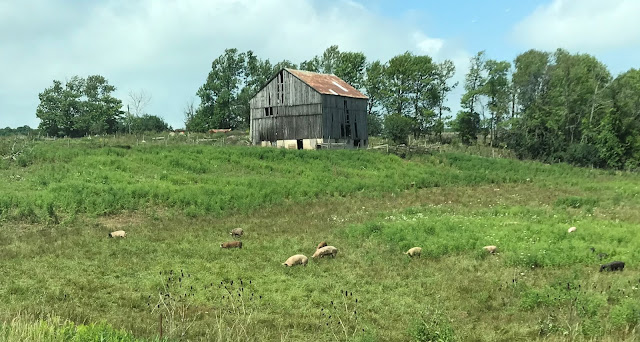 But the most interesting thing as we rise onto one of those drumlins on the north side of the road is the organic veggie farm that also has ducks, chickens and free range pigs.  We always watch to see if the pigs are out in their pasture.  They've been hiding under those trees in the background over the hot days in July.

I discovered the other day a fitness challenge through which you can do 'virtual' online exercise like running or biking to complete world famous hikes.  The one I saw advertised was the Camino de Santiago pilgrimage in northern Spain at 500 miles or so, which I have written about here and watched several videos of.  There was nothing to say you couldn't do it in a wheelchair.

So with Mrs. F.G.'s encouragement I signed up.  It seems a bit hokey; you get a fancy medal when you finish (which you pay for), but what I've discovered is the motivation!  These are advertised as a way to make your exercise S.M.A.R.T. - specific, measurable, achievable, relevant and time specific.  Lots of experience shows that setting specific goals over a limited time increases your continuing motivation to exercise.

Of course in a wheelchair I can't do it very fast.  Even going downtown and along the waterfront as I did yesterday, (pictures in a day or two) only adds up to 4.5 km. and takes an hour and a half.  If I've got to go 770 km. to finish the Camino, and I can't do it over the winter, or even every day of the week, it's going to take me at least a year and a half to finish this!!  But already I find I'm trying to go for longer rides, and Mrs. F.G. is chasing me out the door to get my km. in, so it's working for me; I'm getting more time outside and more fresh air.

On the Conqueror Events website there are  currently 11 challenges you can undertake, including places like the Appalachian Trail and Hadrian's Wall Path across northern England.  The only downside I see so far is that their website is very slow, and the map won't load at all, so I can't see where I am on the route.  But I've done 30 some km, and I'm enjoying it.  Makes this fall's hospital fundraising run of 5 km seem easy.  I think I'll sign up.