I've got more about the patio below, but today is the 158th Emancipation Festival in Owen /Sound.  158 years of picnics, over 120 of them in Harrison Park, and of course this year there is no picnic but an online festival.  So you can go to the Owen Sound Emancipation Festival on You Tube and see a 2 hour video of speakers, history and music including the Town Crier we saw being filmed in the park two weeks ago,  If interested, just watch the first 4 minutes and you'll see what we saw that day. 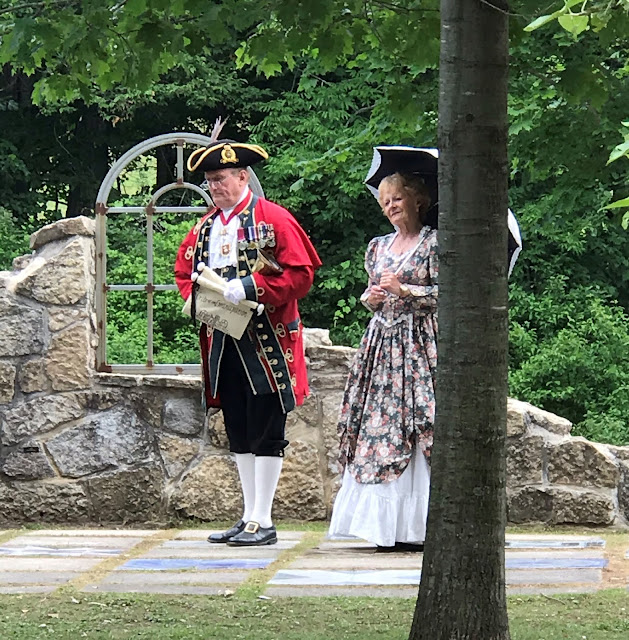 Back here at home it's hot, but I want to share a bit about the construction of the patio. 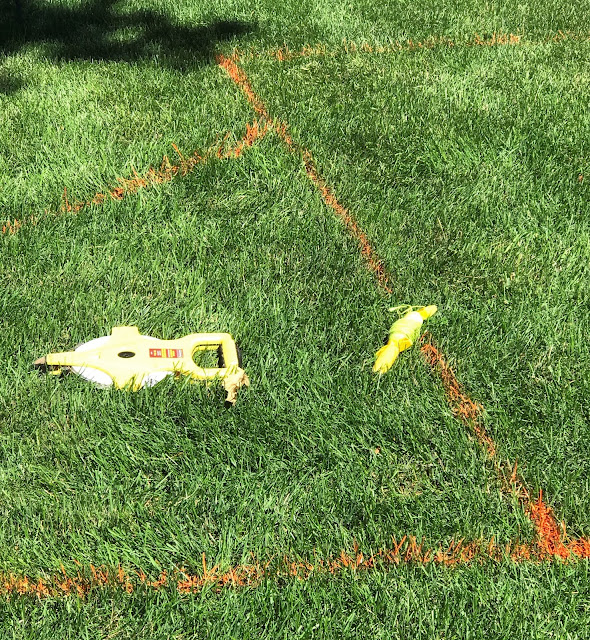 It started with an idea in Mrs. F.G.'s mind and progressed to a final sketch and a final agreement on approximate dimensions.  The crew leader plotted it out on the ground, and then she stood down on the grass and directed while he adjusted it a bit until the final markings were agreed upon. 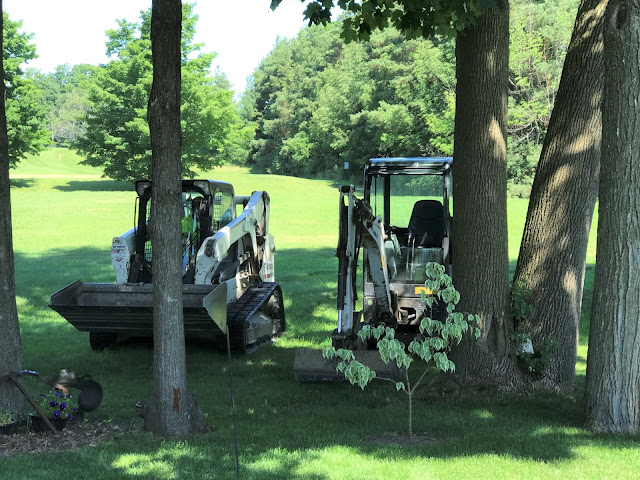 In the meantime two other guys had brought the two machines they would use in the back through the edge of the golf course, with permission of course.  This part is not used as a fairway, though it is kept mowed. 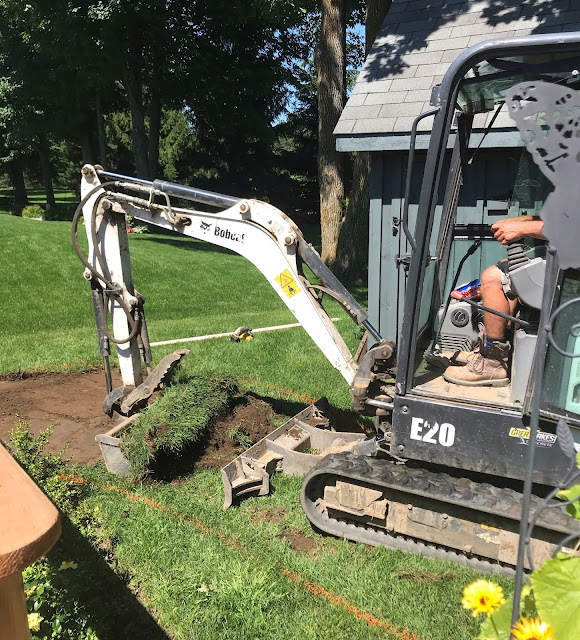 Pretty soon the boss was digging out the sod, 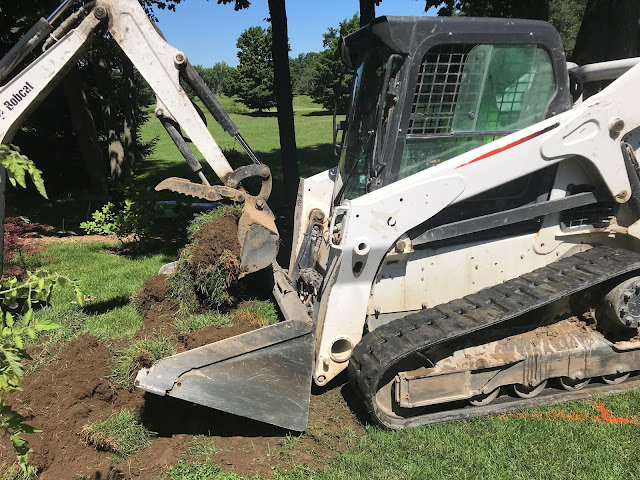 and piling it behind for the skidsteer to pick up.  Then he turned around and made sure the bucket was fully loaded. 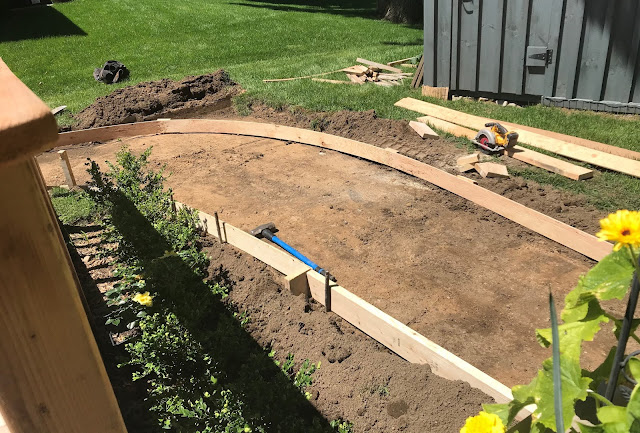 They scraped off the thin layer of topsoil and piled it, and then started the framing. 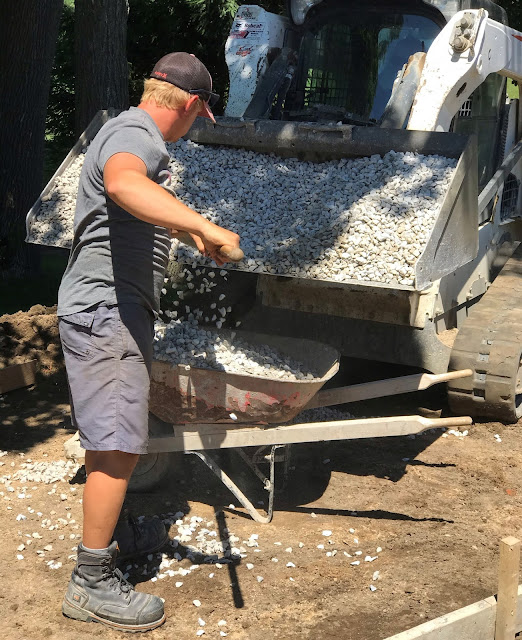 Once that was done they brought it some gravel which they spread around.  For a few minutes they were working hard! 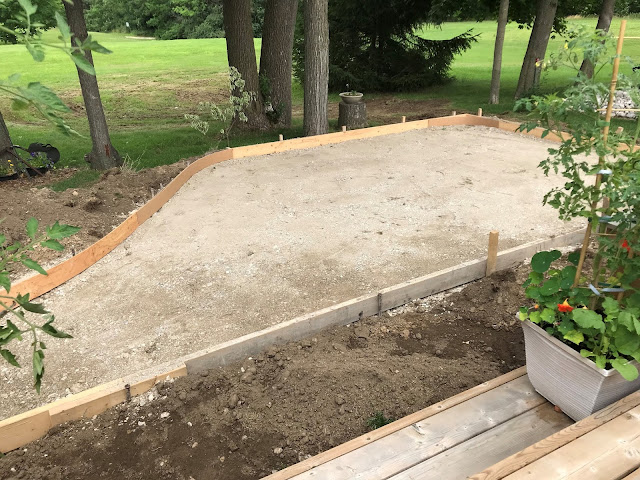 The finished product that day looked like this, ready for the cement.  As you can see they used 2x8s where there was a straight line, but thinner boards of plywood, scored to bend easily, on the curves.  Lots of stakes to pull up later.  That was Friday; we waited until Tuesday for the cement. 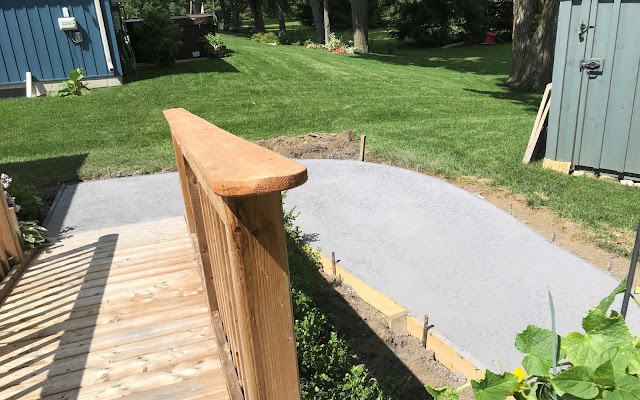