Yesterday I saw my first Ruby-throated Hummingbird that stayed around long enough for photos.  We've seen quite a few that dashed past, perhaps stopping for an instant, but none have stayed to feed, even though we had a Hummingbird feeder up for a couple of months.  But now that the first bloom on our Butterfly Bush has emerged, there it was, hovering up and down to visit for several minutes. 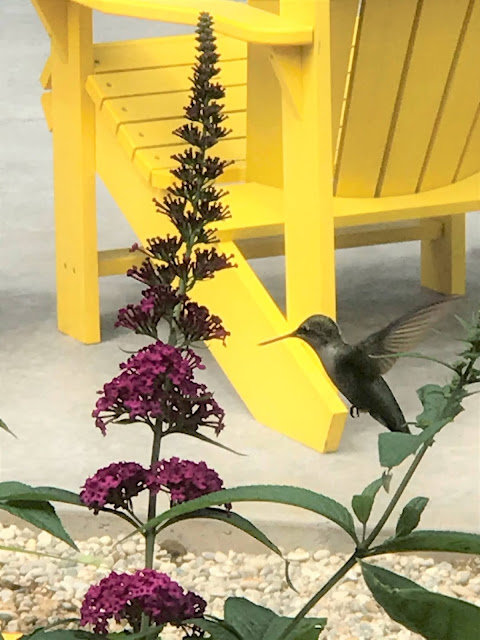 I grabbed for my phone pretty fast when it arrived, hoping I could get it set before it sped off. 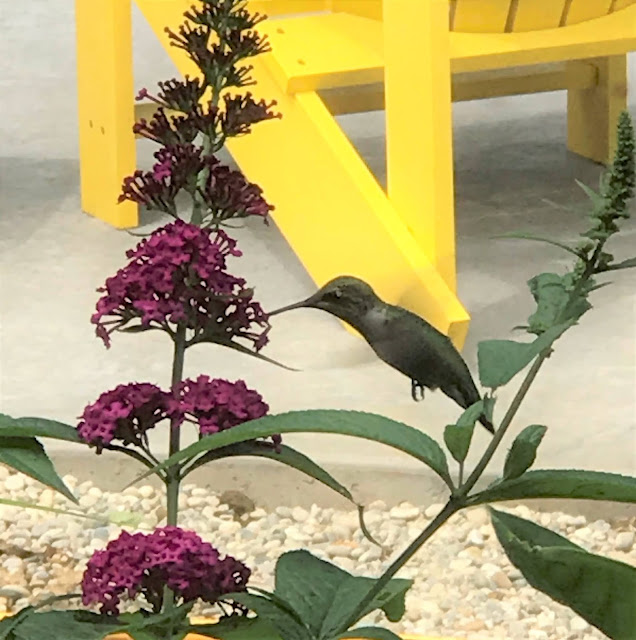 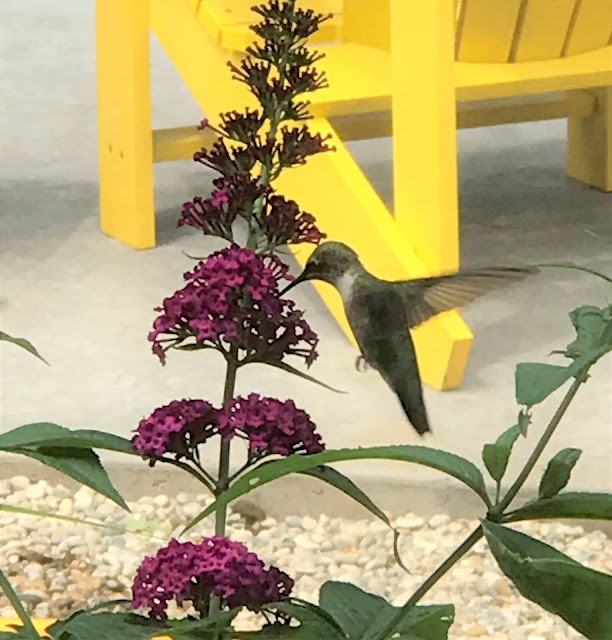 But it hovered for a full minute or two, allowing me to get several photos.  These are the best of about 25 photos. 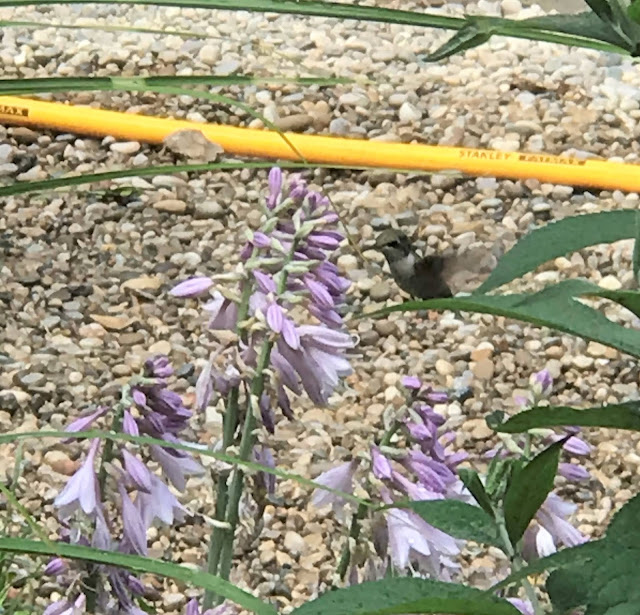 And that wasn't enough, it also stopped at the Hostta that's still in bloom to investigate several blossoms. 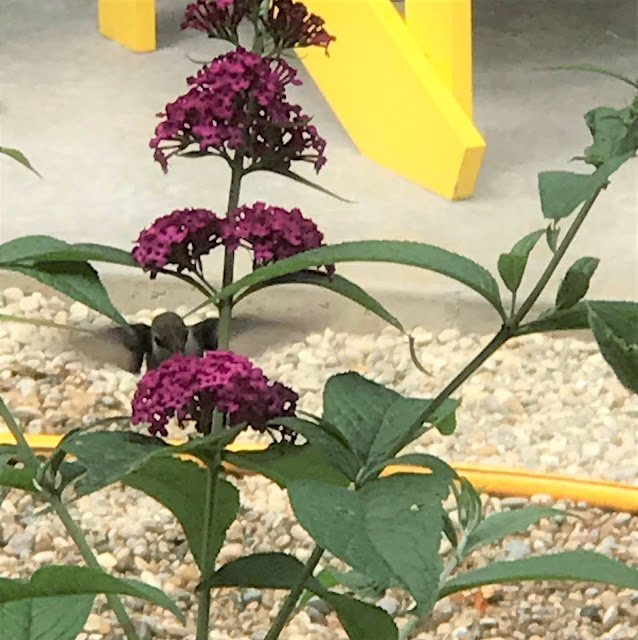 Mind you, along the way there were lots of photos like this or worse as it hid on the other side of the flower.  Rain this morning and thankfully it's a bit cooler than the sweltering heat of yesterday.