Regardless of their interesting flowers, Hostas, big and small, are the backbone of our garden all summer long.  We had over 300 at our former home, but only brought 'a few' here, about 50 or 60.  Digging them all up was one of the last really physical tasks I did before ending up in a wheelchair!  With their widely varying leaves they're best known just for their foliage. 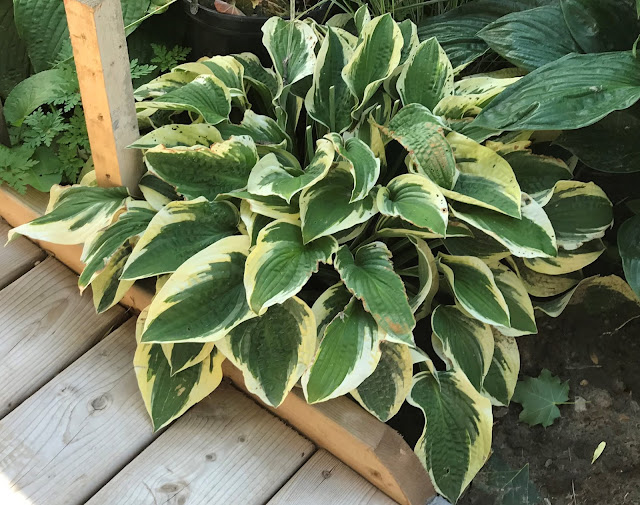 A lot are just green, but a large number have two-tone leaves like these too. 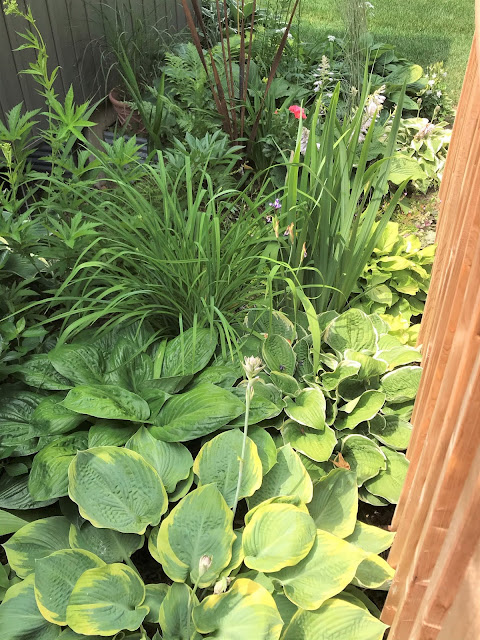 This is one of the two patches mostly in the shade of the house at the back.  If you look carefully you can see at least 6 different Hostas; there are about 10, densely packed among other plants.  We have really used these two patches as holding beds, and now with our expanded garden we're ready to move a lot of the plants out, leaving more room for the others. 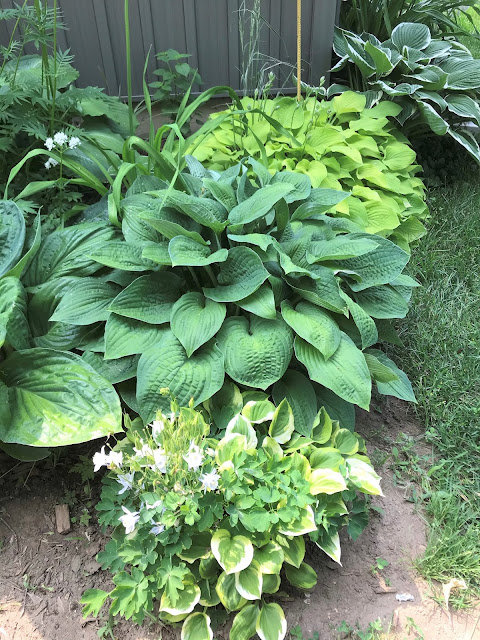 Here are four different Hostas just at the far end of that bed, along with a single leaf of a fifth one. 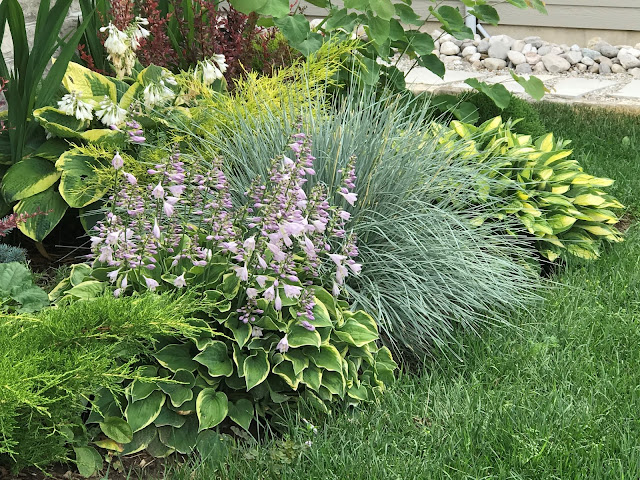 The front bed doesn't have quite as many because Mrs. F.G. planted several shrubs and that beautiful blue grass, but you should be able to see three easily.  There are another 10 down the side of the house, and another 8 of the tiny ones in our scree garden. 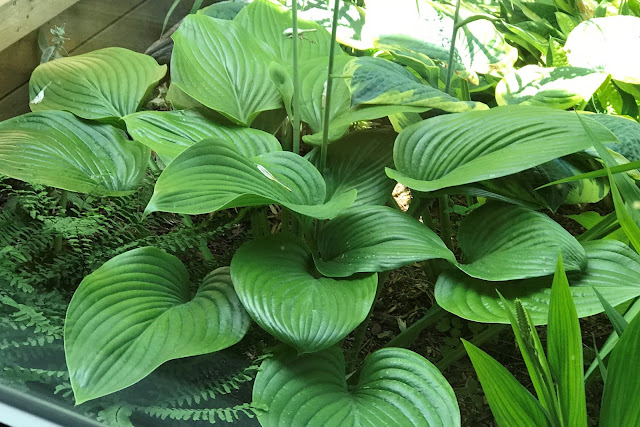 The leaves range from very large ... 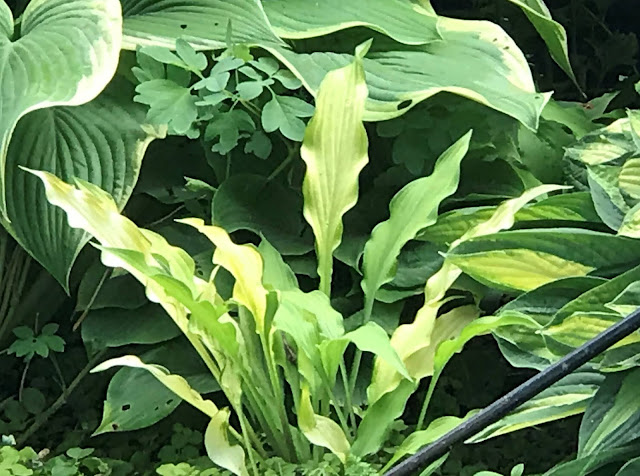 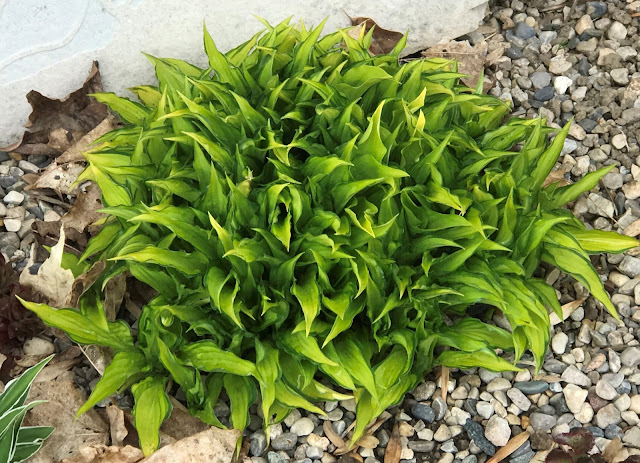 to tiny and bright green in spring when this picture was taken. Some are dark green and wrinkly... 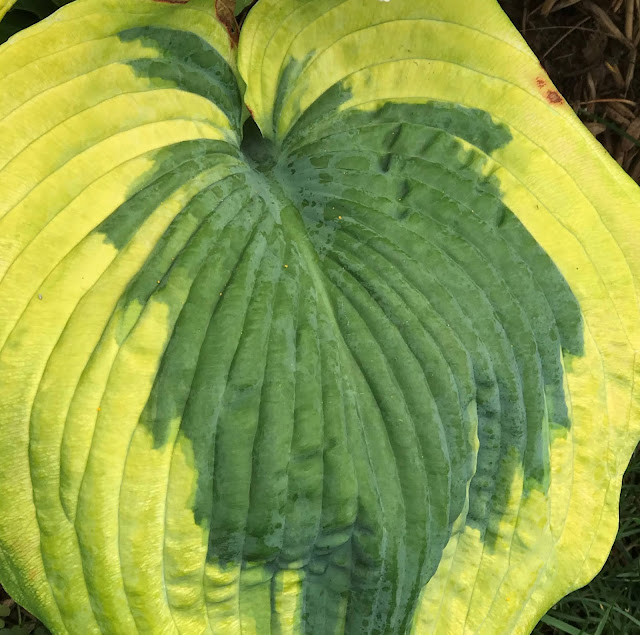 and some are mixed colours. 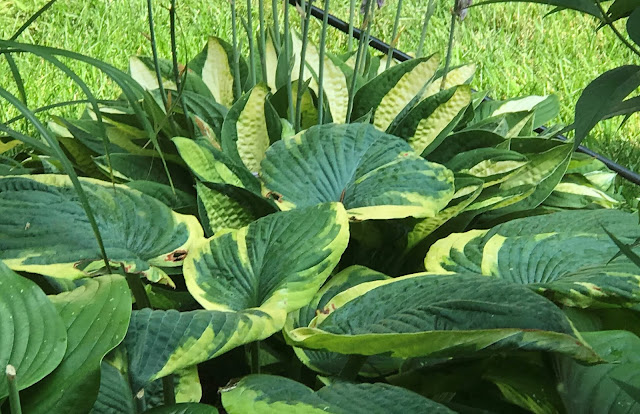 If you look carefully at these you'll see that the closer leaves are dark in the centre with a lighter yellow border, but the ones in the background are the reverse, yellowy centre and dark borders. 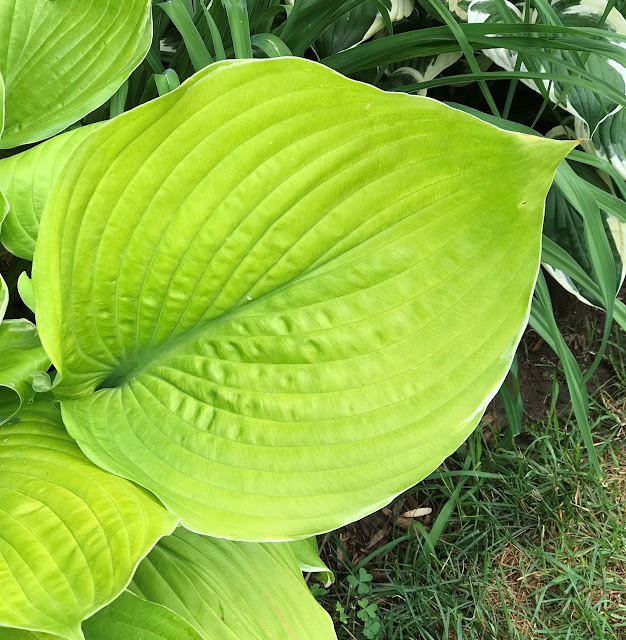 And some are just light, almost yellow green. 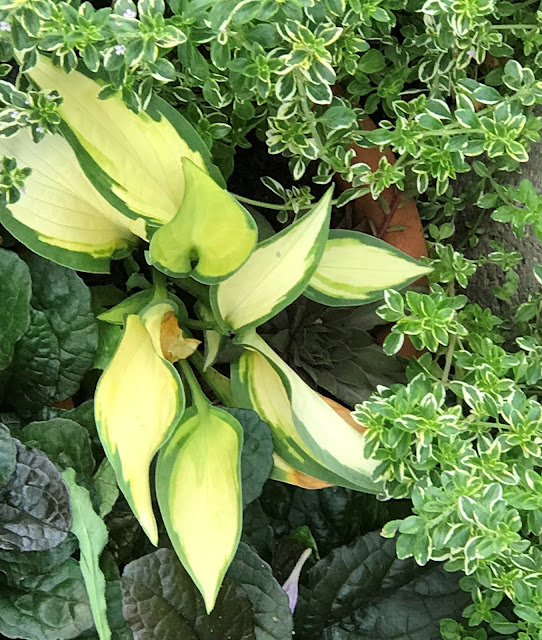 But I still like the tiny ones best.
And I haven't told you the best thing about the Hostas, because they are almost the ideal garden plant.  Since their leaves spread out so well, they usually do not need weeding.  And they grow best in the shade.  They are occasionally subject to pests though; deer like them.  At our previous home most of our Hostas grew in the shade along the old fencerow, and the deer would come along and simply eat every flower stock off.  We never had to cut down the dead stalks!