Soils and Crops in August

Now that we're back to physio in Owen Sound once a week we're driving Hwy 26 regularly, and I'm constantly noticing the state of the fields and crops.  The landscape changes quite dramatically over the 20 minutes and I always find it interesting even though I've seen it many times before. 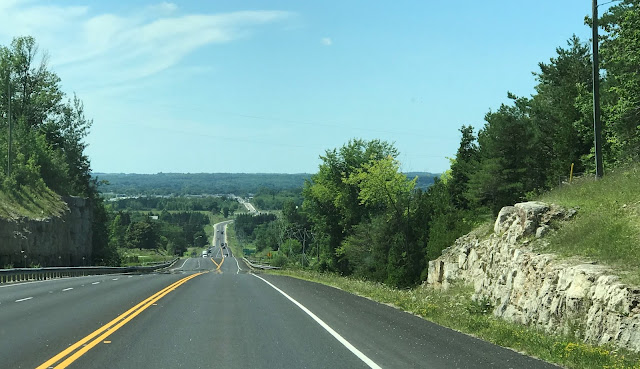 I'll start at the Owen Sound end today and tomorrow we'll drive the other direction.  There's just a short stretch of farmland after you come down between the rocks of the Niagara Escarpment before you hit the city.

And this year a large field has just been allowed to come up in Queen Anne's Lace.

Just before the first traffic light on the outer edge of town there's an small awkward shaped piece of land, so the farmer uses it to store his hay bales ready for winter. 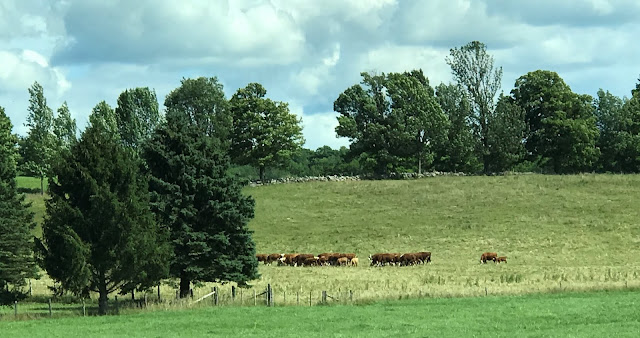 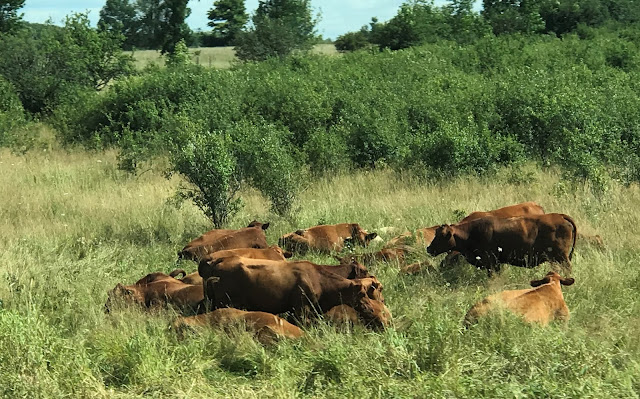 And those hay bales (along with others) will go to feed one of the several herds of beef cattle we see out in the fields, often a popular approach to farming where the soil isn't good enough for cash crops. 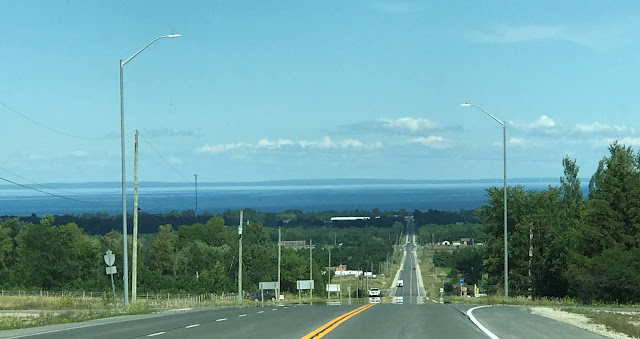 We pass through the valley of Keefer Creek where 2 or 3 of those cattle herds can be seen, and soon after, down over the big hill to see the view of the bay at Meaford.  The flat lands down there are the best farmland in the whole drive. 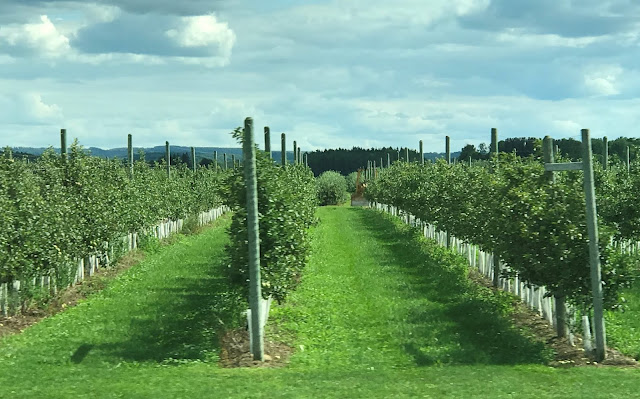 Down here are the apple orchards, several hundred acres of them.  The soil here is sandy, under the beach deposits of post-glacial Lake Algonquin which was considerably higher than today's Georgian Bay.  The apples like the good drainage of the sands; they don't like wet feet!  This land is also flat, which is good for any crops.  This map shows those sandy deposits (in yellow) curving around both Meaford and Thornbury, as well as the post-glacial beaches (the red lines). 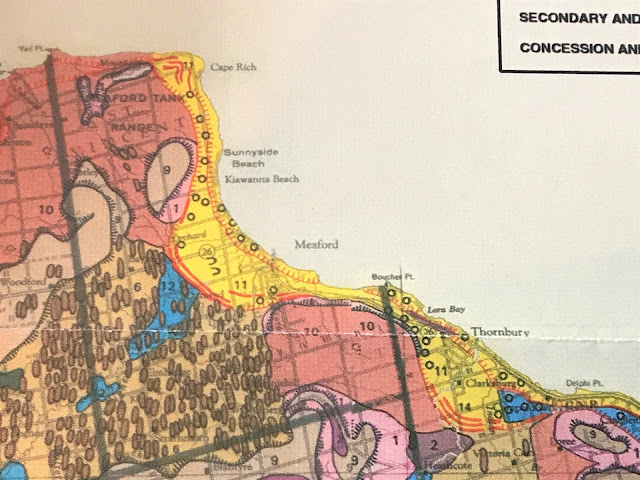 The sand deposits extend all along the shores of Georgian Bay, with big indentations forming ares of flat sandy soils around both towns, with the same result, two big semi-circles of apple orchards.  The moderating influence of Georgian Bay also helps by delaying blossoms in the spring, reducing the risk of frost.  As well there's some cold air drainage down off the surrounding escarpment toward the bay, which also reduces frost risk.  So those are the reasons why Thornbury and Meaford are the biggest apple-growing area in Ontario.  It's one of the clearest relationships between soils and crops that you'll find anywhere.