We drove down an interesting country road west from Clarksburg the other day, and got some sweet corn, the first of the season.  We had been over to Zwart's landscape supplies to look at rocks, gravel and mulch that we need to finish off around the patio, but instead of just coming back the highway we drove straight through Clarksburg over the new bridge and onward. 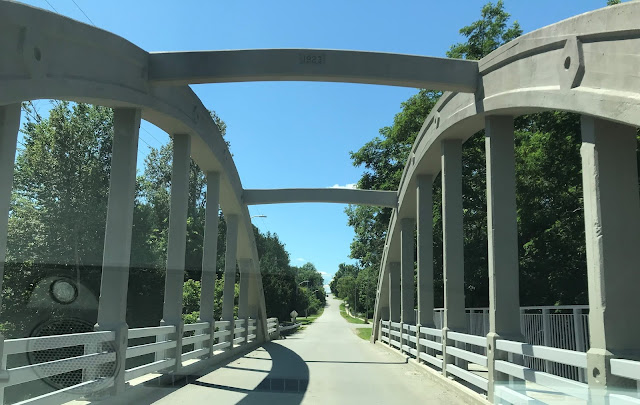 The old bowstring bridge was replaced 2 or 3 years ago, but they retained the same style which was nice. 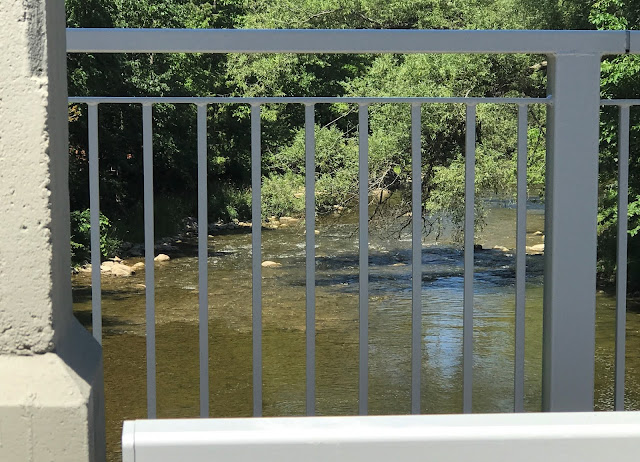 Looking through the railing we could see the Beaver River headed downstream to the harbour in Thornbury.

Immediately out of the village we came upon enormous orchards of Red Prince apples on both sides of the road.  This is apple growing on an unprecedented scale around here! 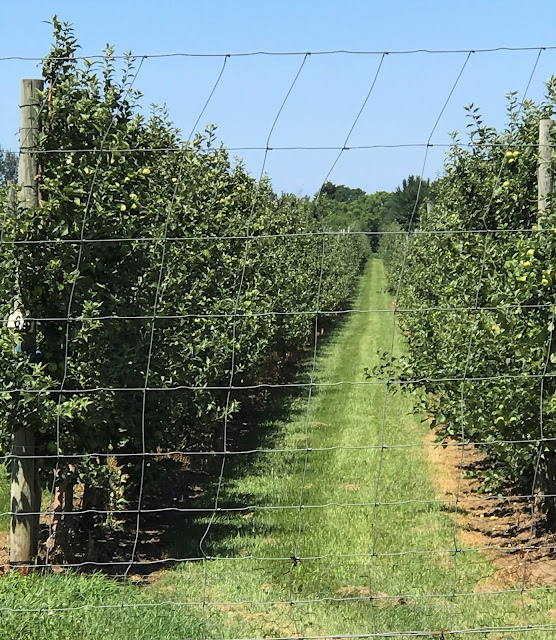 These are entirely the new high density orchards with both trees and rows very closwe together, but these trees are old enough to be producing lots of apples. 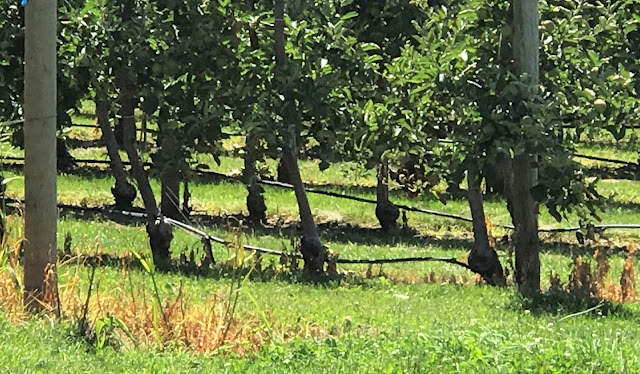 In this picture you can see both the bulges in the trunks where the original grafting of the trees onto dwarf rootstock was done, and the drip irrigation down each row. 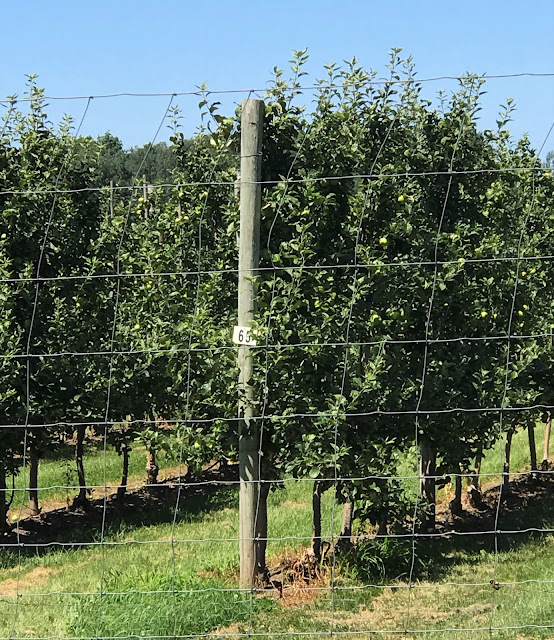 It looked like it would be a good crop.

Further down the road was a farm selling sweet corn, the first we've seen this year.  Of course we pulled in and bought some, and found they had beets and potatoes for sale too, so we got some of those.  I expect those patches of green in the field behind the rows of sweet corn are pumpkins which will spread out widely over the next two months before Hallowe'en. 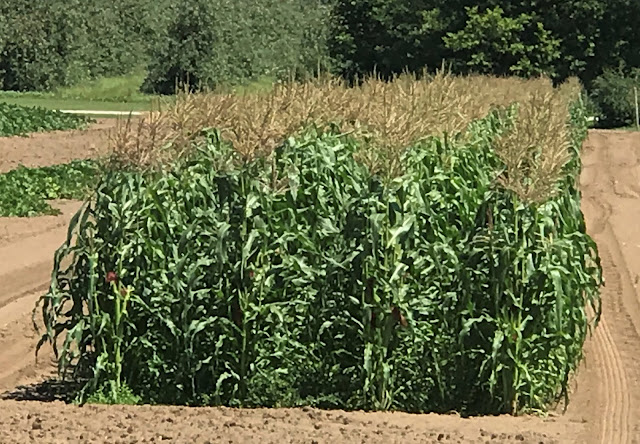 These are the 4 rows of sweet corn, a typical way farmers grow it for some local sales. 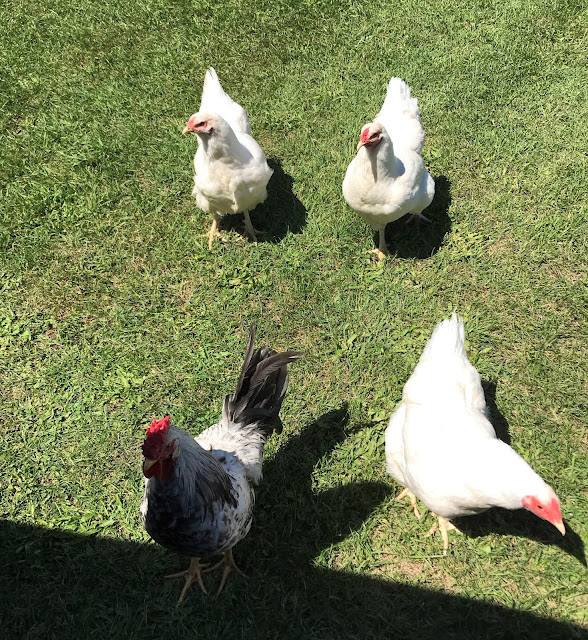 A friendly rooster and his small flock of hens came scurrying over to see who we were. 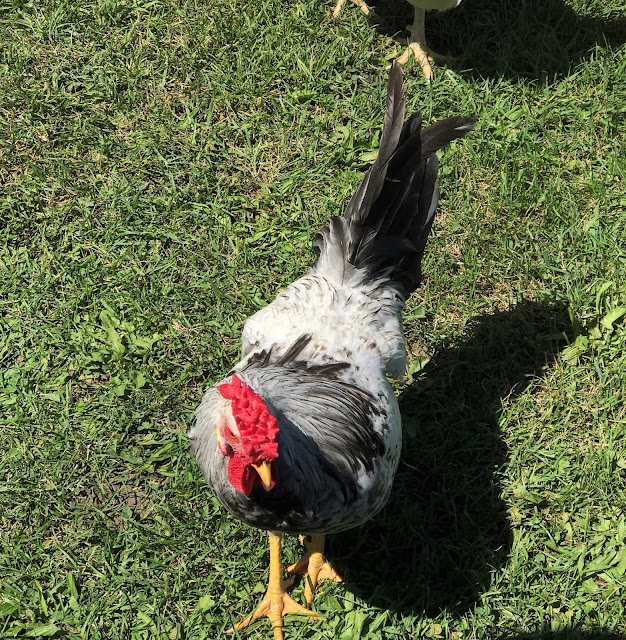 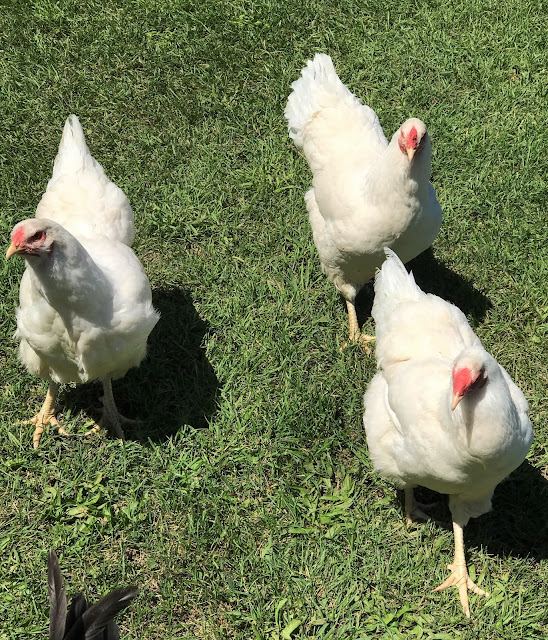 The rooster was particularly bold, coming right up under the car window, but his three hens were close behind.  Unfortunately they were out of luck with us. 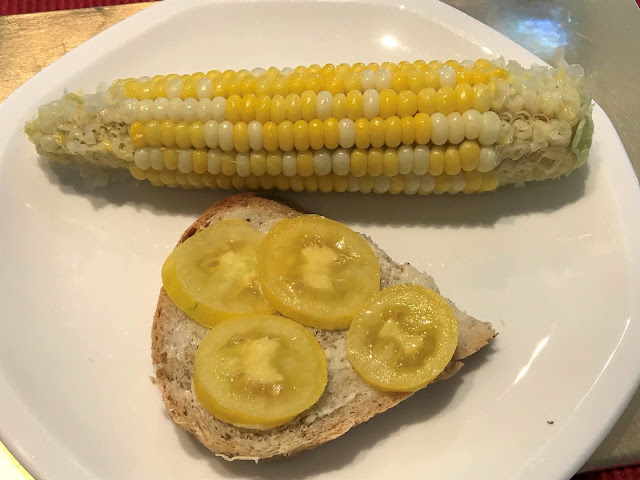 And we got corn on the cob for dinner, along with some of our own new yellow tomatoes!