It's been a wild roller coaster of winter weather this week.  We've gone from normal winter to above freezing with rain and mild melting weather, then back to winter with more snow, and down to severe cold.  Now it's rising back up to near the freezing mark tomorrow.  Actually drove through a bit of freezing rain today, after -31°C yesterday! 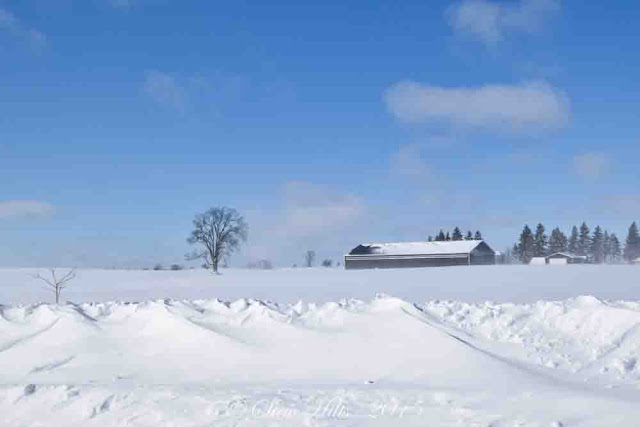 Went for a drive on Saturday, which was a beautiful, if brutally cold winter's day, but in places the wind was drifting the snow across open fields, and building drifts on the roads quite quickly. 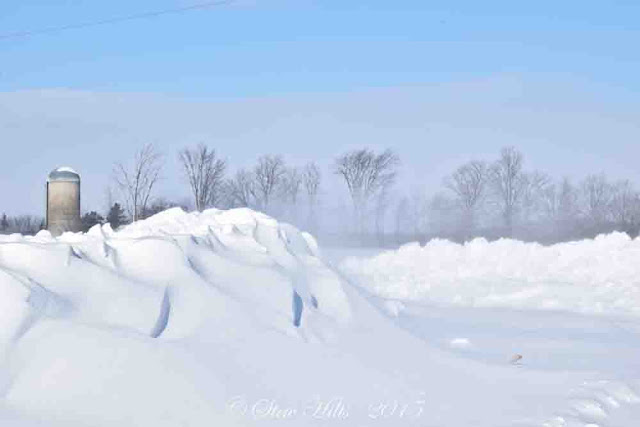 The air was filled with a haze of white, and deeper drifts caught my tires quickly.  You need some experience winter driving to explore back roads up here!  And at corners like this you have to be careful if you can't see other traffic for the snowbanks! 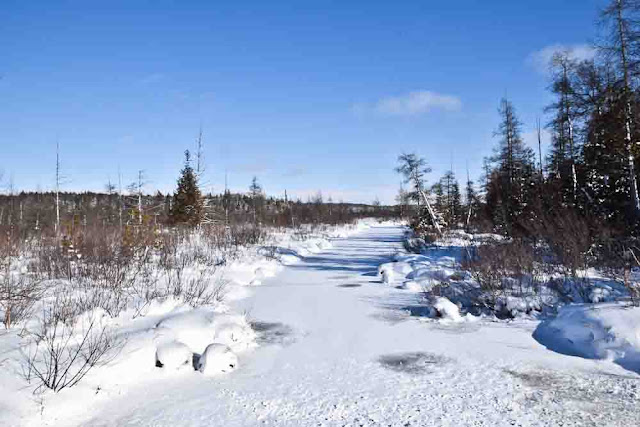 After a -29C night, even creeks that are always open had a sheet of ice across them. 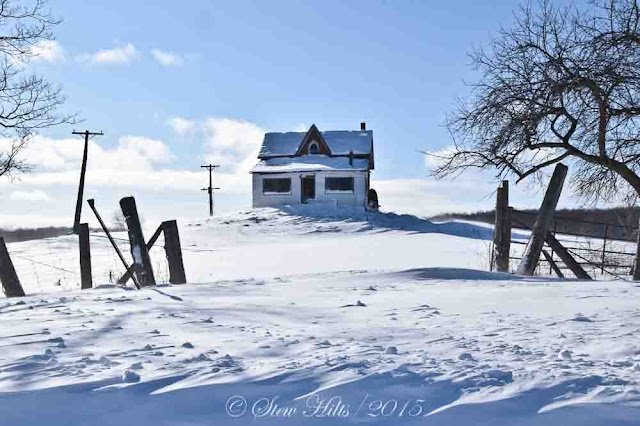 And I'm always puzzled by the houses where the driveway is not plowed out, or the house is in fact abandoned, as this one apparently is.  In some cases it's just people ways for the winter, and if they've turned off the water, that's ok.  But when a house is abandoned, I'm sure there is likely a sad family story behind it.  I've driven by this house for several years and never seen any sign of occupancy. 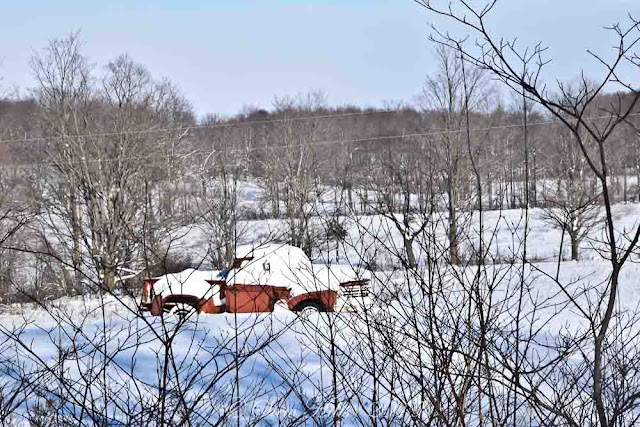 And this truck is apparently abandoned too!  At least it's been sitting in this field as long as I can remember. 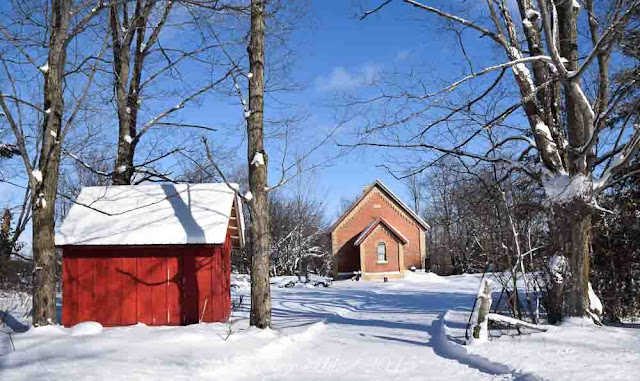 On the other hand, this old school has been put to a new use as a weekend retreat.  I captured a lot of barns, fences, horses and a few cattle, as well as lots of shots of Georgian Bay on two trips to Meaford, which I'll start sharing tomorrow. 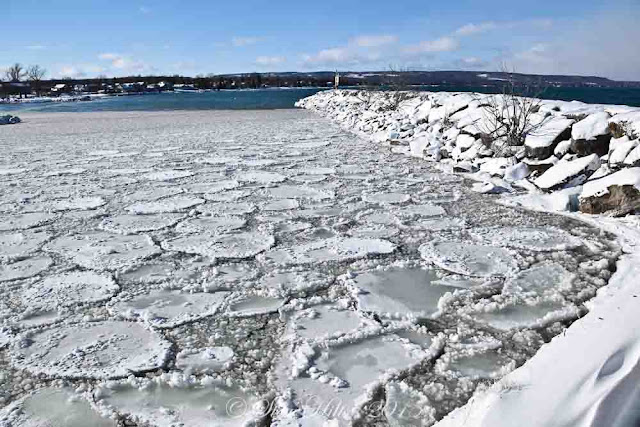 This is one shot of the harbour at Meaford, where the ice-floe choked Bighead River meets the bay.  Tomorrow a photo of this during the mild spell a few days earlier. 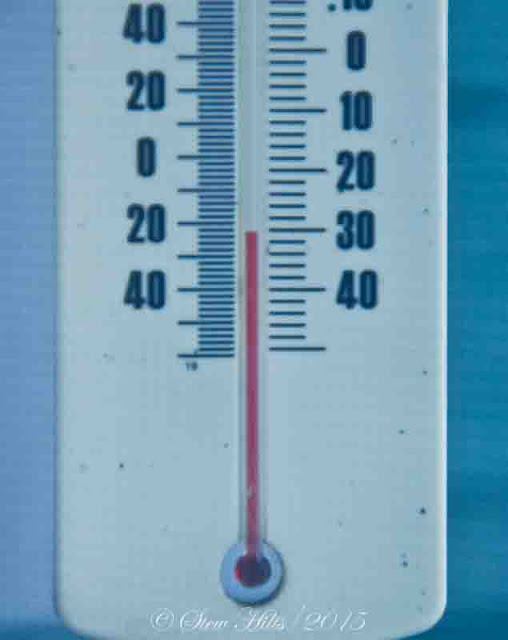 After I showed you a picture of -29°C. one day, and thought we had reached the bottom of winter cold, I awoke to -31°C the next day!  Not a day to be outside much.