This weekend we're going to visit a couple of botanic gardens in England and Scotland, and perhaps go to a Flower Show.  I'll get back to Kimberley Forest after the weekend.  Botanic gardens grew out of early collecting of medicinal plants, in what were called 'Physic' gardens (for healing).  Later, with plant hunters scouring the world, all sorts of exotic plants found their way back to the big botanic gardens. 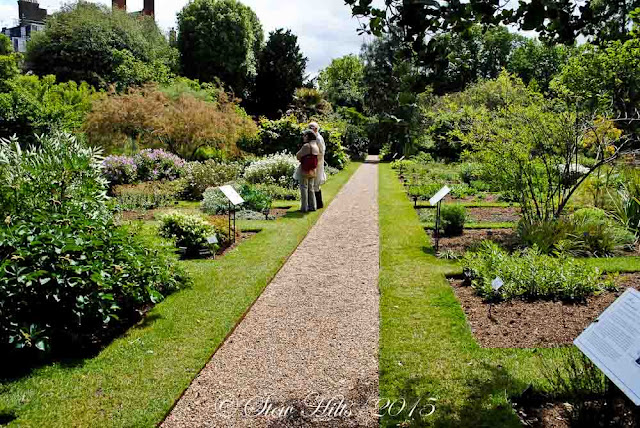 This first shot is a single picture of Chelsea Physic Gardens, located in Chelsea, right in downtown London beside the Thames.  Established in 1673, it's a carefully grouped and labelled collection of medicinal plants - grouped here not by plant groups, but by the diseases they were used to treat.  Many botanic gardens started like this, but expanded greatly later on; this one has stayed focussed on its original purpose. 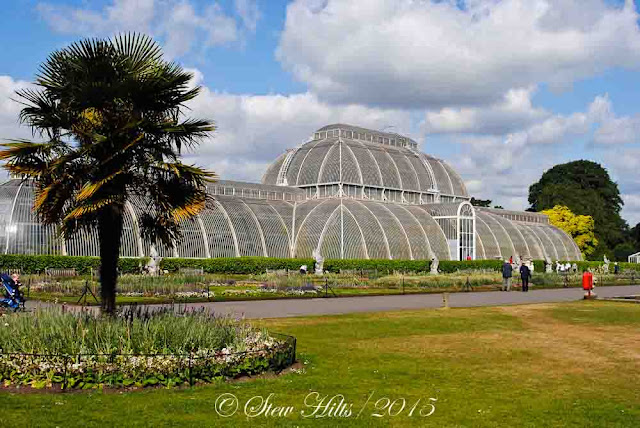 The rest of these photos are from Kew Gardens, the largest botanic garden in England, located in the west end of London.  This is the Palm House, built in the 1840's.  The changing technology that enabled wrought iron frames and all the glass to build greenhouses in the 19th century was critical to enable the collection of exotic plants. 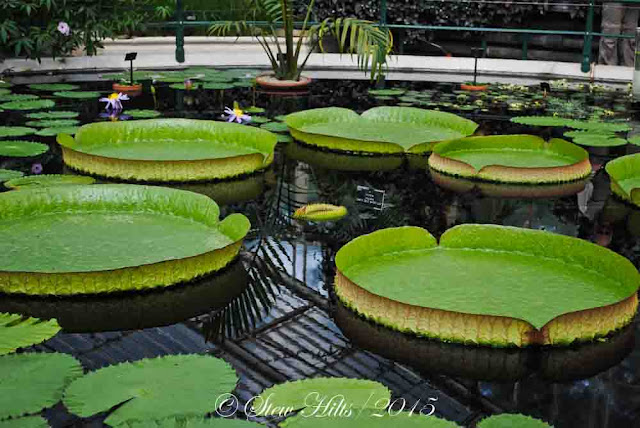 And inside one of Kew's greenhouses, one of the most exotic plants found in the Victorian era, the giant water lilies of the Amazon, named after Queen Victoria, the Victoria amazonica.  Supposedly a child can stand on one of these without sinking! 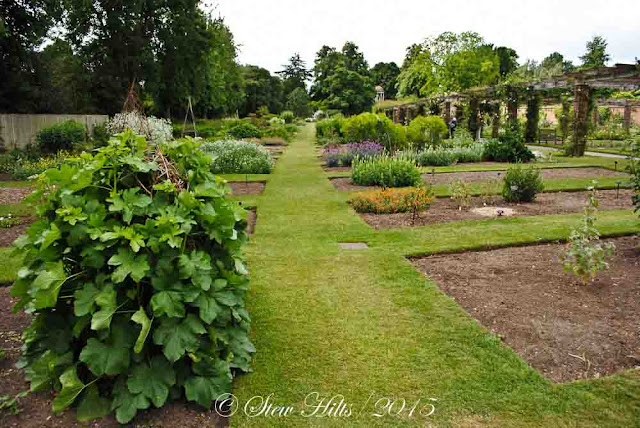 Another important part of Kew are these 'systematic' beds of plants.  Plant hunters sent out around the world found all sorts of new and unusual plants, but that brought with it a need to classify and name these plants systematically.  These beds reflect plants of the same familes, and are a teaching tool for the horticultural school there. 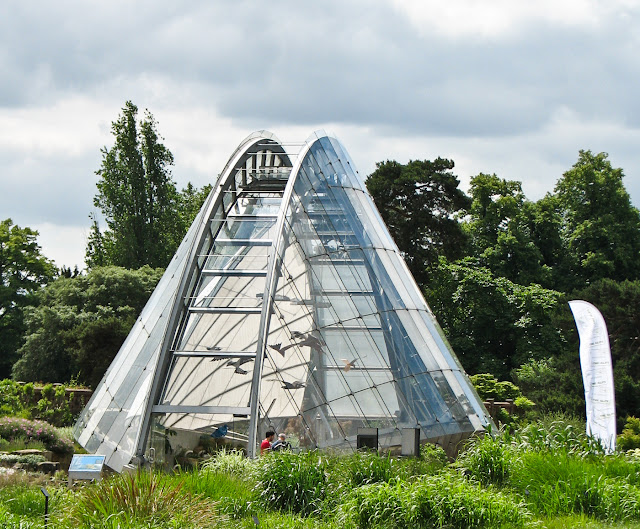 The most interesting greenhouse at Kew to my mind is the Alpine House, a very modern greenhouse designed not to keep plants warm, but to keep them cool. 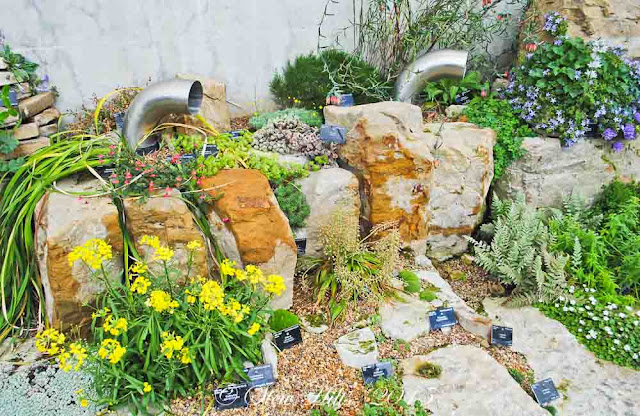 Filled with plants collected at high elevations in alpine habitats, it is cooled by these vents, bringing air from tubes sunk in the earth below the greenhouse.  They aim never to let the temperature go above 68°F. 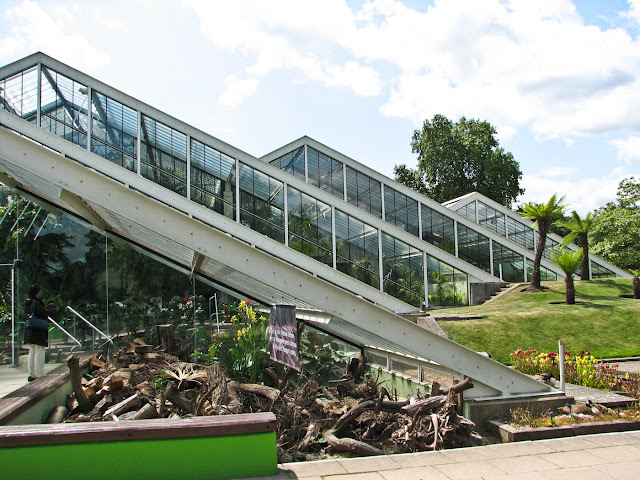 And this is the Princess of Wales greenhouse, but I bet you can't guess which Princess of Wales.  It honours Princess Augusta, who established Kew Gardens in the mid-1700's.  She was the wife of Frederick, the son of George II, but unfortunately he died before his father, so you've never heard of King Fred!  But Frederick and Augusta's own son, another George, ruled as George III.  (I do enjoy history!) 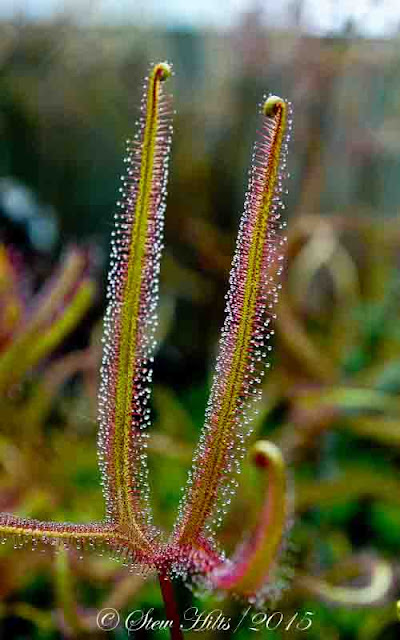 At any rate, inside this greenhouse are some fascinating plants, representing different habitats around the world.  This Linear-leaved Sundew is part of a collection of carnivorous plants.  It collects tiny bugs and eats them!  Though it's rare, you can find this in southern Ontario in the right habitat. 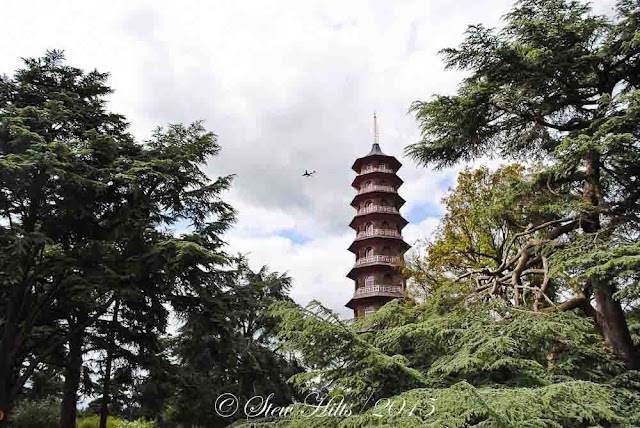 There are other buildings at Kew beside the greenhouses.  This is the Chinese Pagoda, built in 1767, one of several interesting ornamental buildings in the gardens, along with a new tree-top walk and other features to attract visiting families.  Notice the plane overhead, on approach to Heathrow. 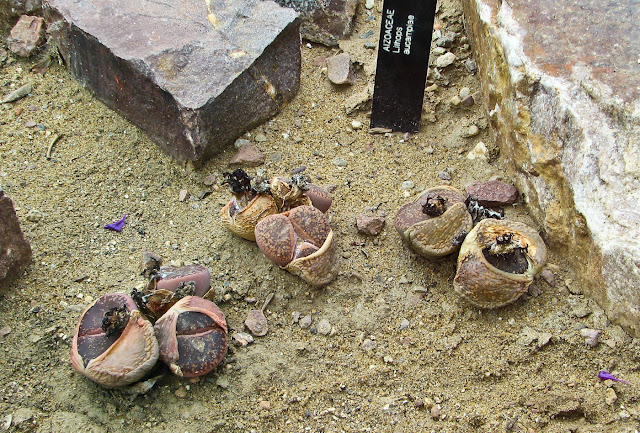 And these tiny plants that just look like rocks are just that, Lithops, or Living Stones, native to South Africa.  Perhaps the most unusual plant we saw at Kew. 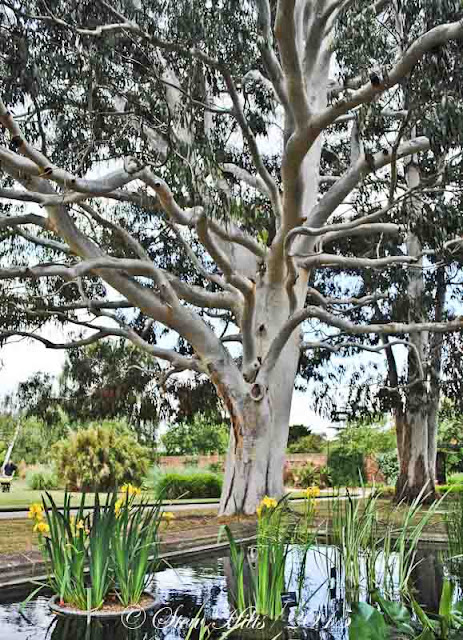 And I'll end with a favourite, a big tree, this one a Sycamore.  There are lots of big trees in botanic gardens, as tree seeds transport quite readily, and they were one of the early targets of plant hunters.

Hope you've enjoyed the tour of Kew; tomorrow we'll go to the Royal Botanic Gardens at Edinburgh.
Today my computer chose to get tired and wouldn't connect in mid-afternoon for 3 hours, but tonight it's ok.  Who knows!