This weekend I'm going to share a bit about four more gardens, including two in Scotland and two in England.  All four of them have some pretty unique features! 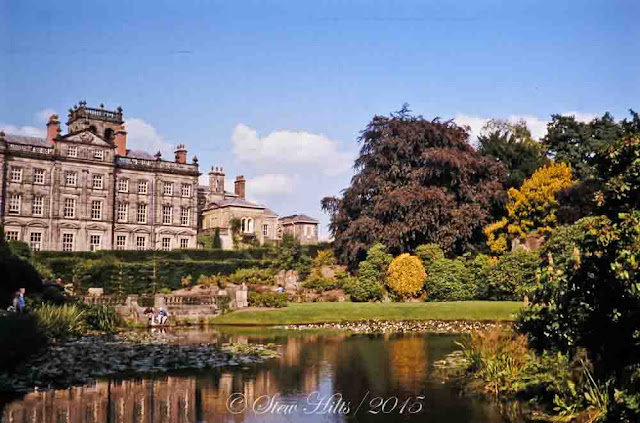 Biddulph Grange is one of the most unusual Victorian Gardens in England.  James Bateman, who created it, was a plant collector, and his garden reflects all the unusual plants he found in his travels. 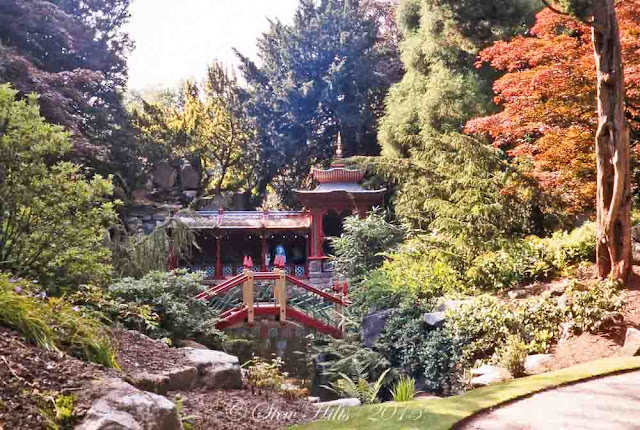 He obviously got interested in particular countries around the world, including China.  His garden is divided into remarkable different 'rooms' representing different countries - this is the Chinese pavilion, said to be one of the nicest Chinese gardens in England.. 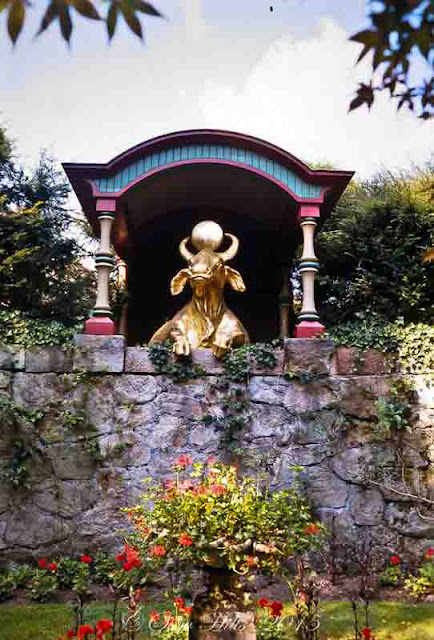 From another angle there is a gilded water buffalo overlooing the garden - not the usual sort of garden features!. 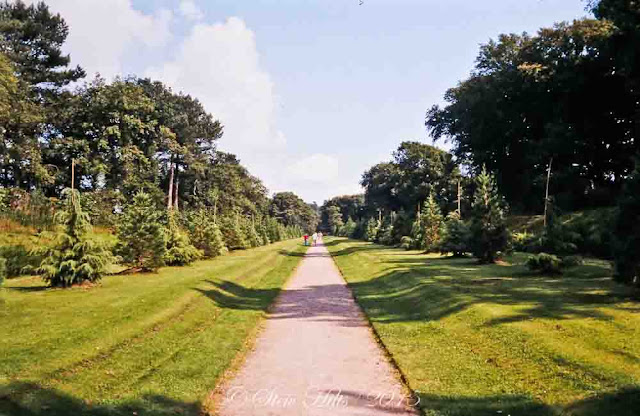 One part of the garden is fairly formal, a long avenue of Giant Redwoods alternating with Cedars.  This part of the garden was in very poor shape when the National Trust took over the garden, and was totally restored in 1996.  Pictures of today show the new young trees much taller; they're growing fast! 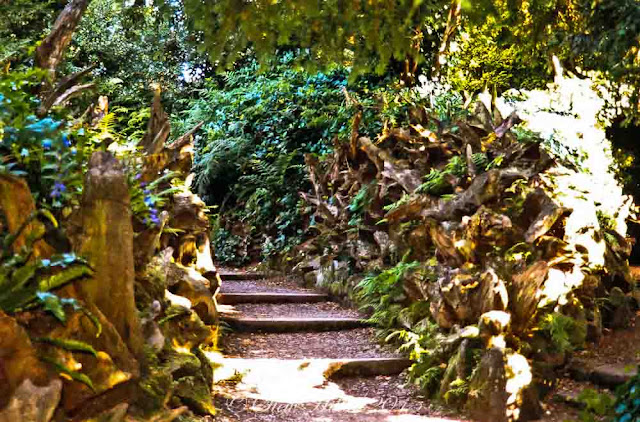 My favourite corner of this garden was the 'Stumpery', a path through a 6 foot wall of stumps.  I'd love to have a pile of stumps in our garden! 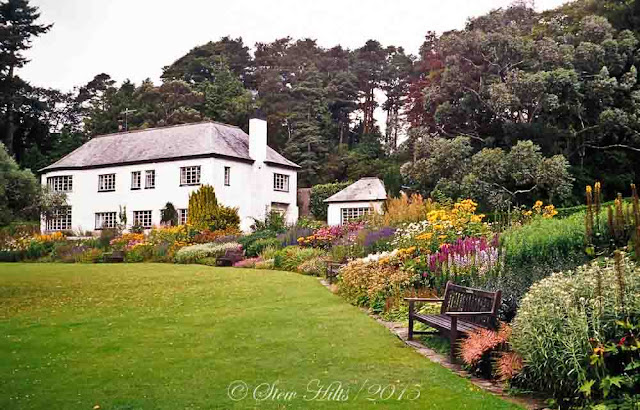 Inverewe is a remarkable garden in northern Scotland.  It's about the latitude of Hudson Bay or the south end of the Alaskan Panhandle, but is warmed by the Gulf Stream, so Palm Trees actually survive here! 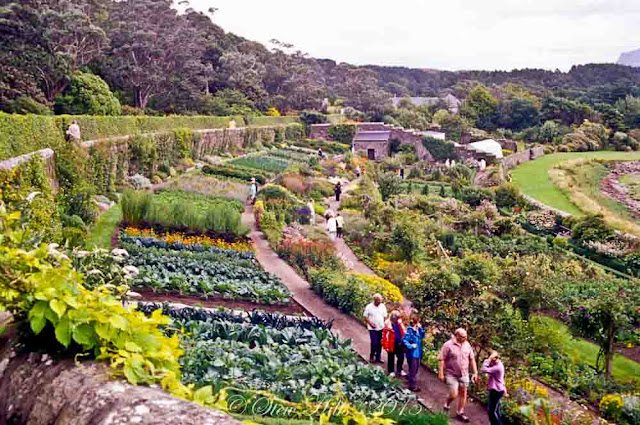 But the highlight of the garden is a beautiful walled garden, enclosed by high stone walls, sweeping around the shore of the Loch.Ewe.  Full of both flowers and veggies, it faces south on a gentle slope which creates a warm microclimate, and is certainly the nicest walled garden we've seen anywhere! 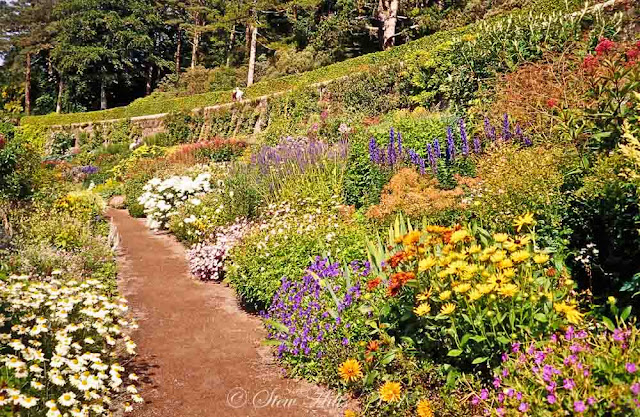 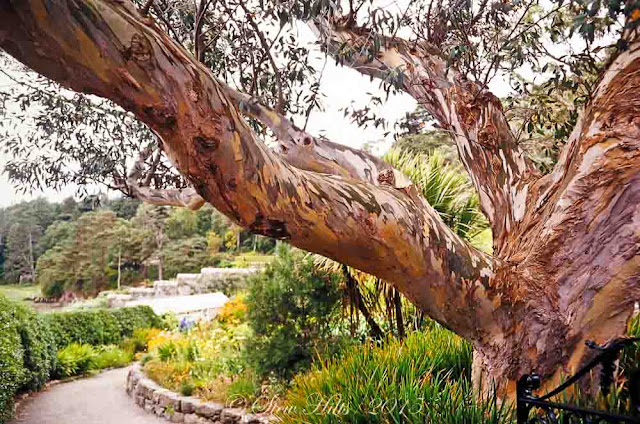 Even the bark of the ornamental trees is beautiful.  This garden is in the care of the National Trust of Scotland.  Tomorrow, two 20th Century gardens.  Although I enjoy sharing a few highlights of these gardens, there's so much more to see; you can't beat being there!