Inglis Falls is not just my favourite waterfalls, but one of my favourite places in the world.  I've been visiting it since I was young, as my grandparents lived nearby.  My dad tells stories of it from before that, and my great-grandfather carried his grain to the mill here to be ground.  And now I've been visiting in all seasons and trying to get better pictures. 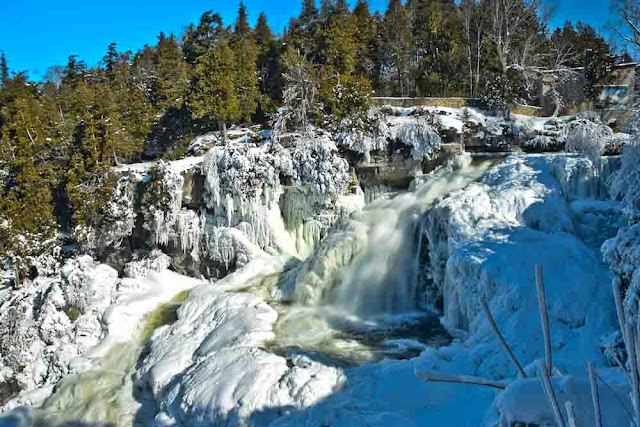 Last year the falls was actually entirely frozen over, but this year there's a strong flow of water over the main part of the falls, and tumbling down over the boulders below, all surrounded by ice, with lots of spray frozen on the rocks and trees above.  I was trying for those 'slow' pictures, so this is a quarter-second exposure, for which I needed to use both a tripod and a neutral density filter so it wouldn't be too bright. 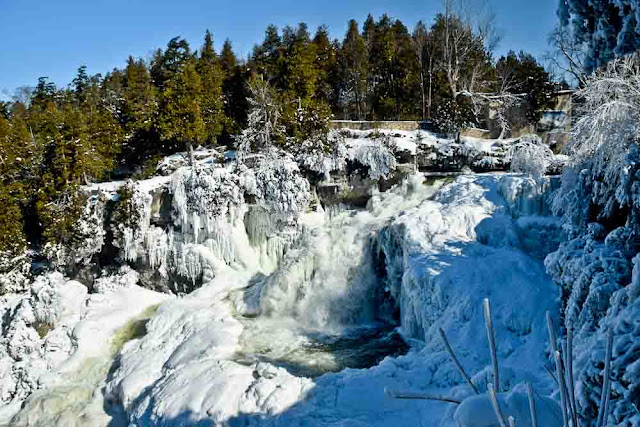 This is close to the same picture, but at a normal speed of 1/125, where the water is somewhat more 'frozen' in mid-air.  You can see that actually the water is flowing over thick ice; it's just the surface that is water.  There is undoubtedly lots of water flowing under the ice out of sight though. 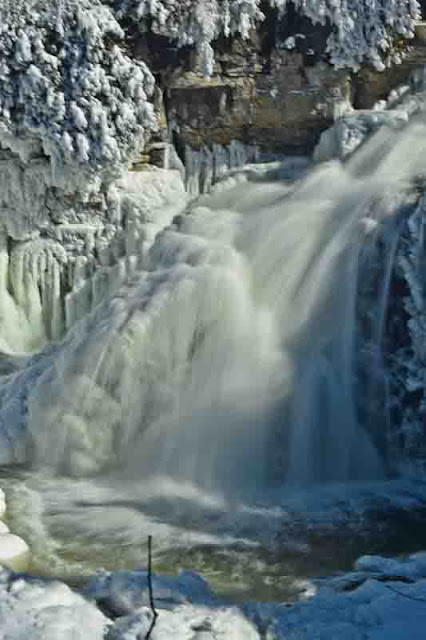 These are three closer views all the same, but taken at different speeds.  I'm not sure I can even tell much difference, and I'm not sure which I like best.  The first is a full 1/2 second exposure. 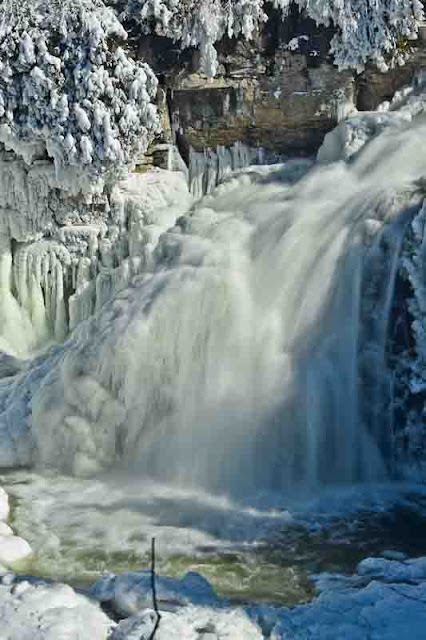 The second is a 1/4 second exposure. And the third is a 1/8 second exposure.  What do you think? 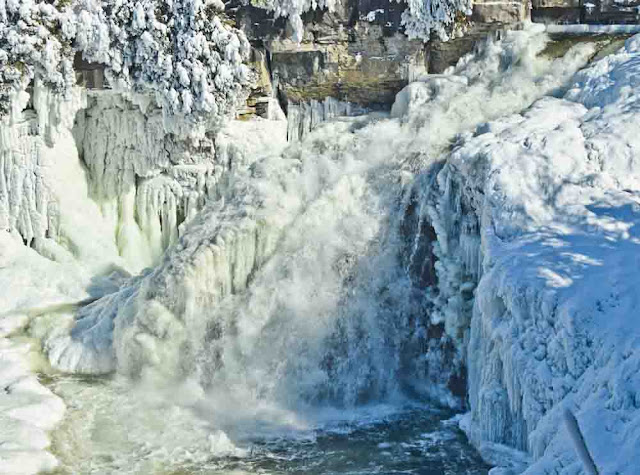 The last one is a horizontal view, but of the same part of the waterfall, at a normal speed of 1/125 second.  I think I"ve learned the basics of using a tripod and the neutral density filter, but I have a lot to learn yet about composition, and lighting.  Still, it was a beautiful winter view of a beautiful waterfall.