We're safely back from B.C., but with 800 pictures to sort and edit, and several adventures to organize a story about, I thought I'd give you one update on the 'seasons in the valley' here before we start reporting from our week in the west. 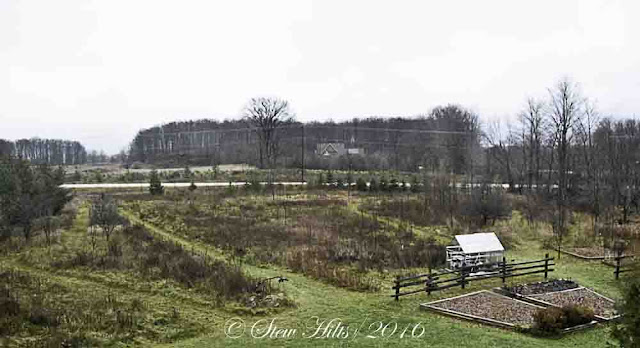 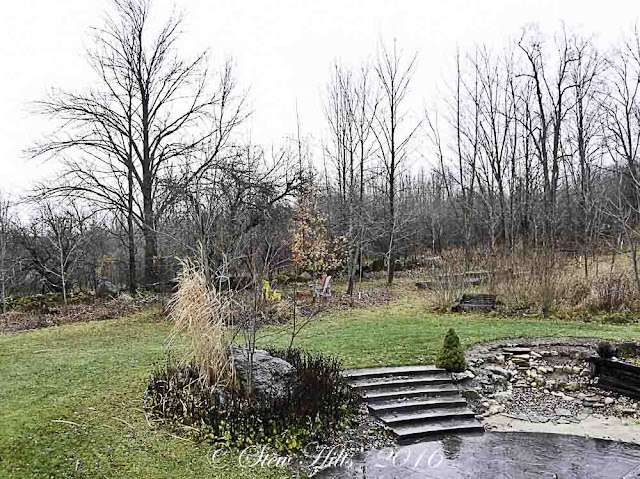 It really was a miserable day, with a cold drizzle on and off all day.  When it's just above freezing, rain isn't much fun; I'd rather have it just below freezing and snow!  As you can see, the meadow is brown except for my mowed trails, and all the leaves are gone, even the Tamarack needles - except for one stubborn maple sapling. 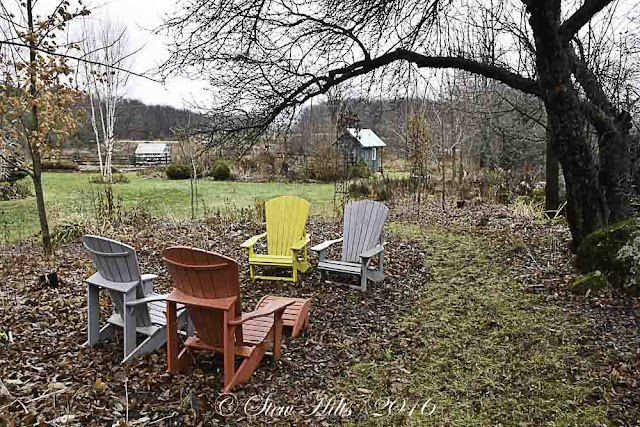 Along the fencerow you wouldn't even know it was a Hosta garden; there's no sign of them now at all, and no colours in the garden except for '50 shades of brown'. 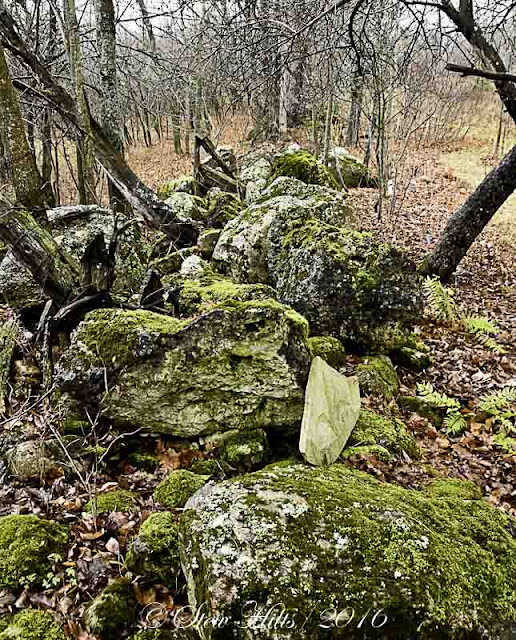 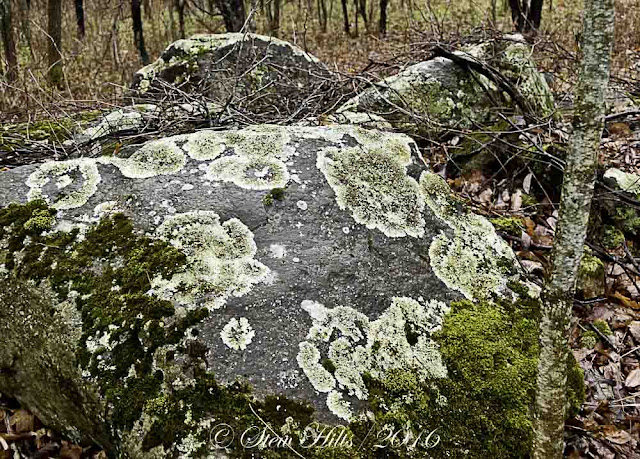 But the old stone fencerow shows up really well, and the lichens on the big boulders seem to be at their best.  That flat rock in the first picture is a relief sculpture of a fern on a limestone slab. 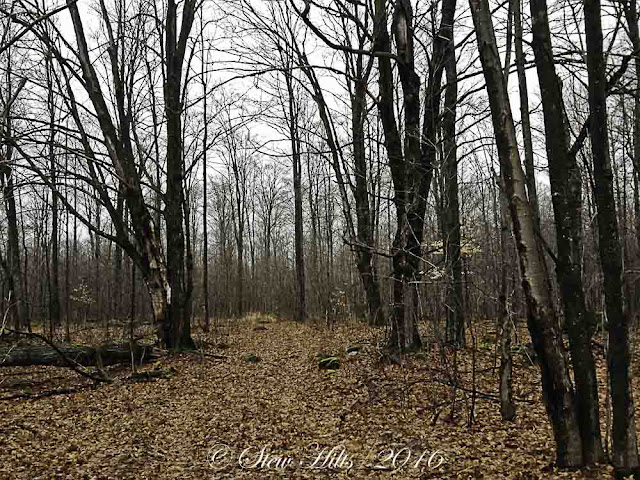 A short walk in the woods was easy today, the leaves all wet, and the trees creeking ominously in the wind. 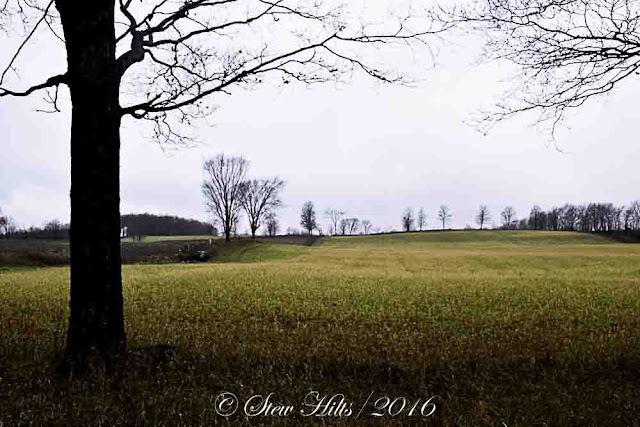 Farm fields are all inactive now, resting until next growing season, whether they're a hayfield like this, or a ploughed field that will be put to crops in the spring. 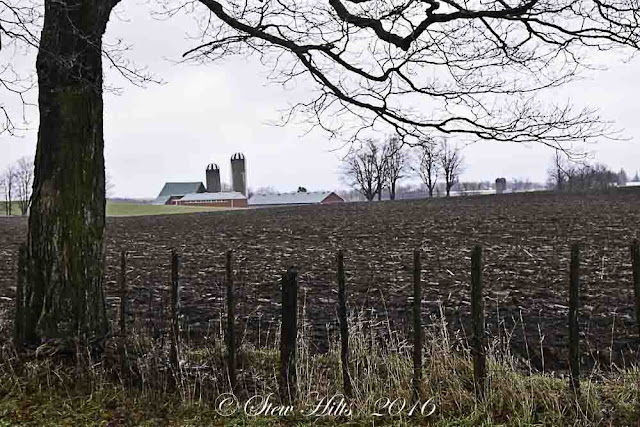 Farmers have been busy this fall, but I think they're finally getting a few days to work on the inside chores. 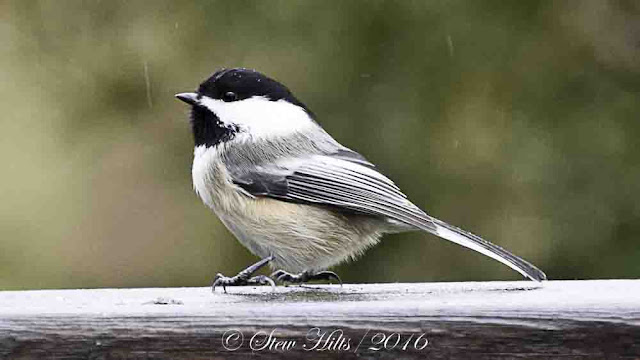 I refilled the bird feeders, and the Chickadees returned almost immediately.  I also heard a White-breasted Nuthatch, and saw a Downy Woodpecker briefly at the suet.  And after standing still outside for 15 minutes, shooting 40 photos, I did get one or two that were well focused! 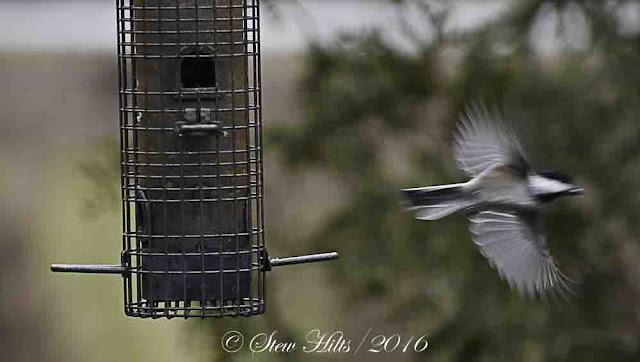 But most of them were more like this, or with the bird gone entirely!