We hardly ever see Bald Eagles or migrating Swans here in southern Ontario.  The Eagles are returning slowly after the banning of DDT years ago, and I have seen one in the valley.  We see Swans every spring for a brief 2-3 weeks as they pass through.  But in Abbotsford there were Swans feeding on the fields and apparently settling in for the winter.  And we saw about 20 Bald Eagles in at least 4 different locations!  It's just a different world for birds.

Driving down Whatcom Road off the mountain, we caught a brief glimpse of Mount Baker about 25 miles away, mostly hidden behind the clouds.  But you have to snap fast to avoid the hydro lines! 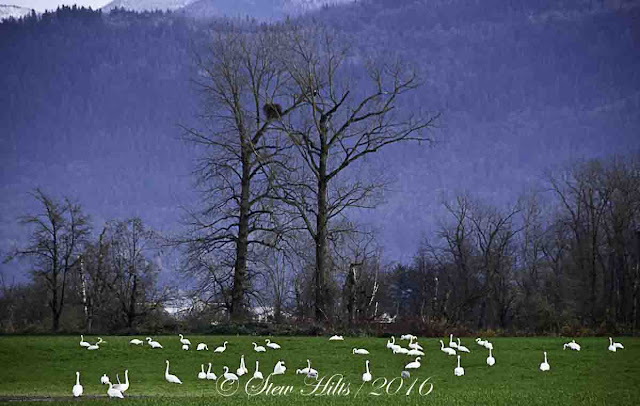 Down on the flat farm fields, right beside the Trans-Canada Highway, was a flock of about 100 Swans.  Notice the eagle's nest and the lone Eagle sitting in the tree?

I played around cropping pictures to try and highlight the Swans.

But a few days later we were past the field again. 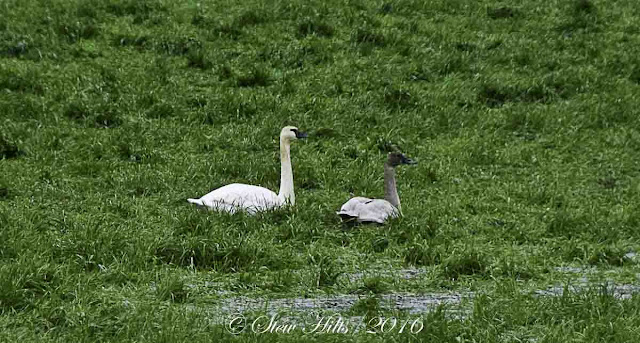 This time the Swans were closer to the road, and I got some closer pictures.  These are either Tundra or Trumpeter Swans, though I can't tell the difference without a much closer look, or a better chance to judge the size. 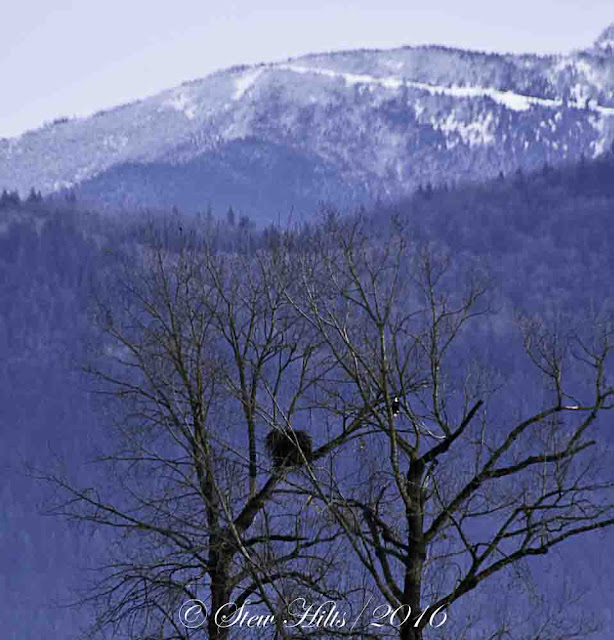 Here's a closer cropped look at the eagle's nest and the Bald Eagle sitting nearby. 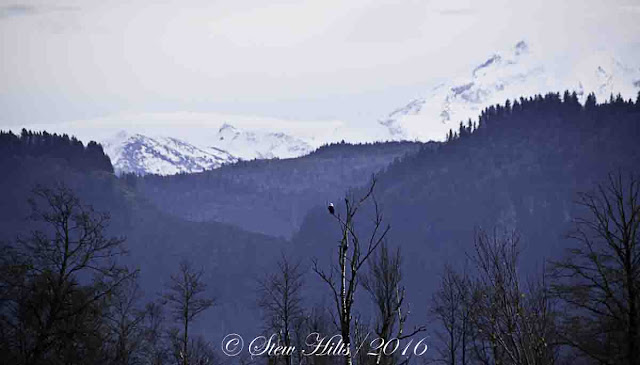 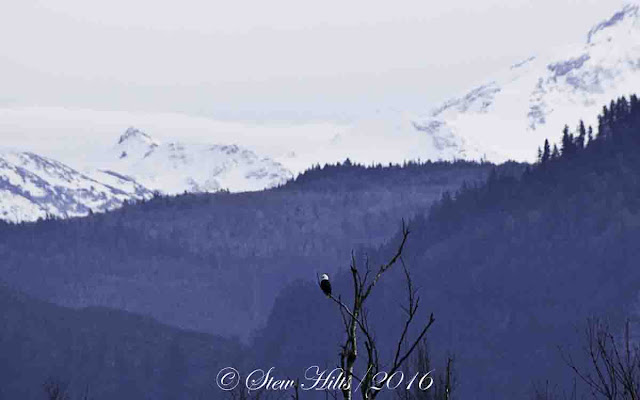 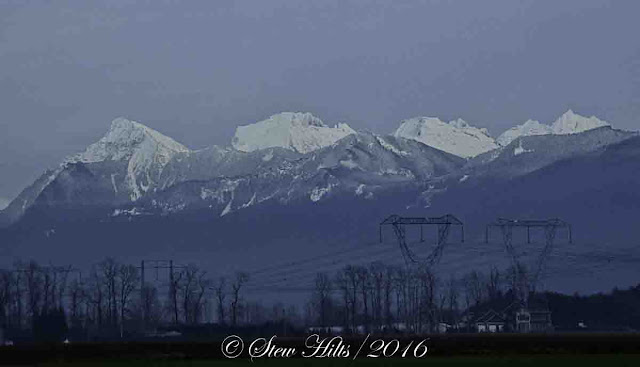 And more snow-topped mountains in the Cascade range, in the distance further east down the valley.