Clayburn Creek Trail runs down the ravine right beside the Auguston subdivision where our daughter and her family live.  But there doesn't seem to be much local information available, so I'm going to try and write 3 posts that will provide a good description and directions to find it.  I walked it twice, both times in the rain! 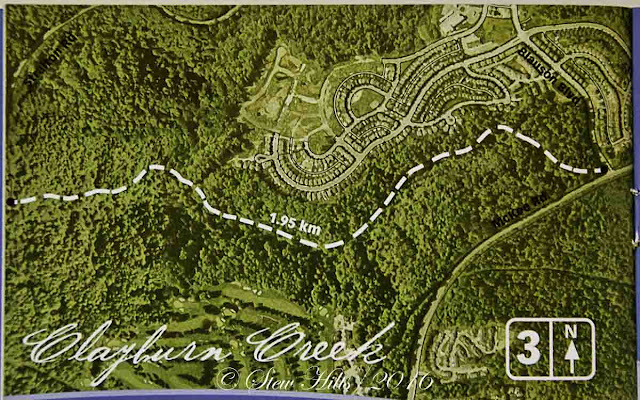 This is the map from a City of Abbotsford pamphlet on trails, showing both the subdivision and the trail.  You enter the trail on Blauson Blvd., just off McKee Road, on the right hand (eastern) side of the map.  There's another entrance from a side street, and you'll find a major set of stairs when you're opposite the west end of the subdivision, just where the small cul-de-sac shows on this map.  The trail itself continues downhill to Straiton Road. 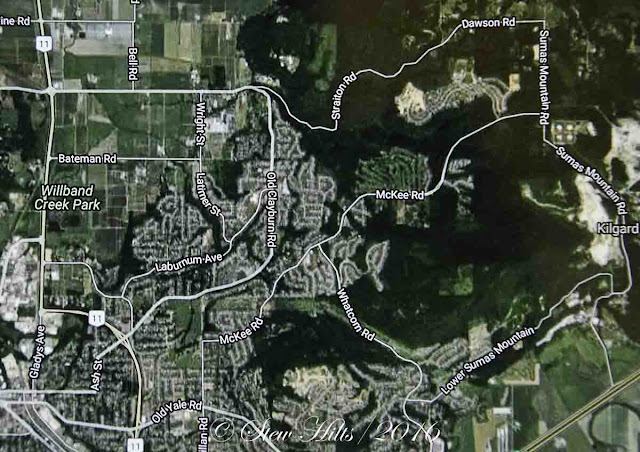 This is the Google Maps satellite view of the northeast quarter of Abbotsford, just for any local walkers who aren't sure where the subdivision is.  Auguston Subdivision is in the upper right, totally surrounded by forest, and by McKee, Dawson, and Sumas Mountain Road.  Compare the maps and you'll see where the trail goes. 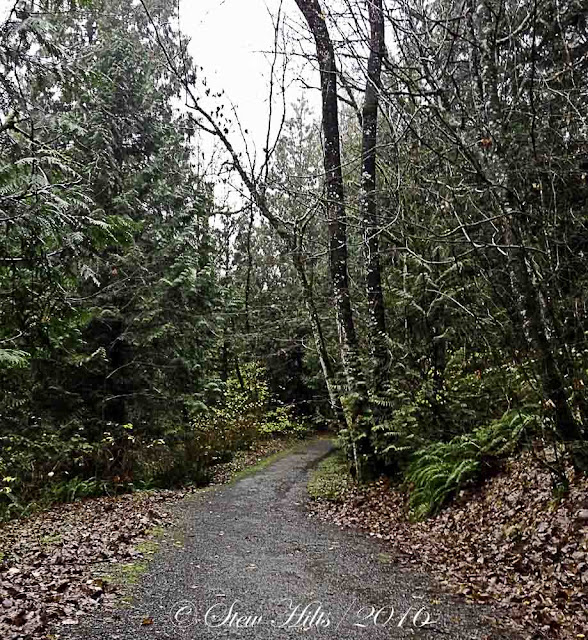 The trail itself follows the old roadbed of a narrow-gauge railway that served the brick factory in Clayburn, a village now inside Abbotsford.  Often 10 feet wide, it's really easy walking, and well maintained.  It's right on Blauson Rd., short red and white pipes preventing vehicle access. 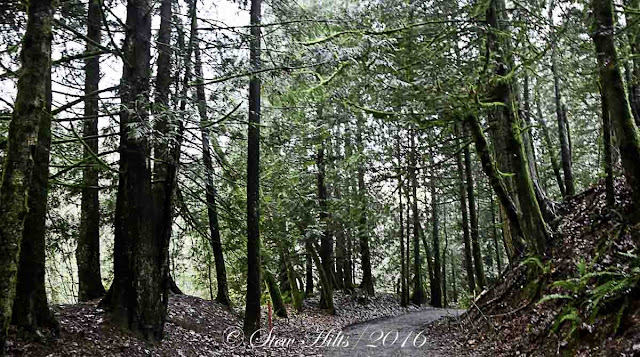 There is of course a storm sewer under the roadway, but it still appears remarkably natural, with lots of big trees shading your walk.  The railway itself last operated in the 1930's. 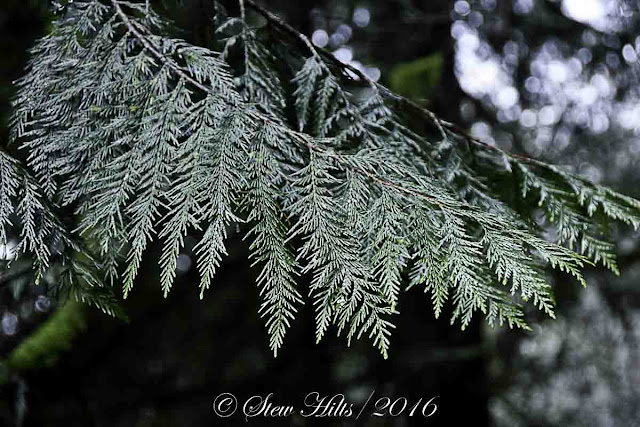 I was starting to try and figure out the trees, so this is a branch of the Western Redcedar, similar to our Easter White Cedar, but it grows much bigger! 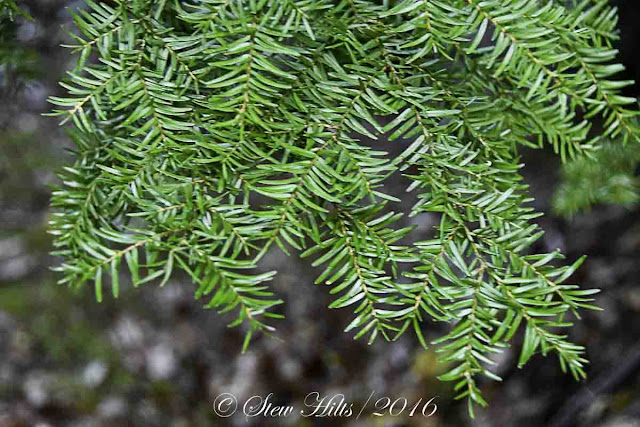 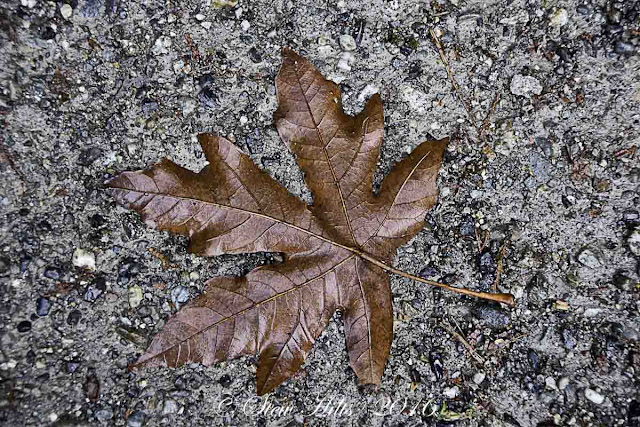 There were lots of Bigleaf Maples around too, the maples of the west coast, a deeply cut but very large leaf compared to our Sugar Maple. 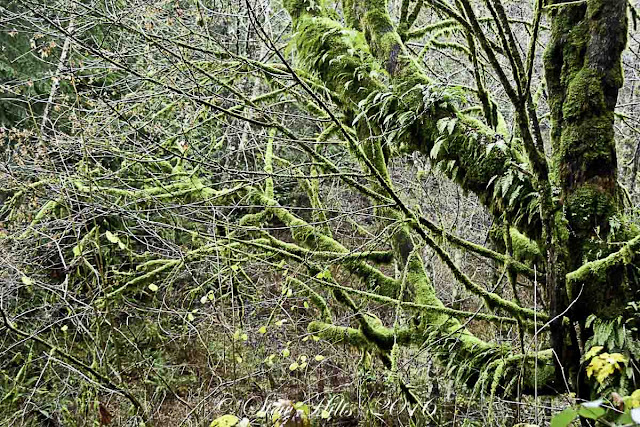 I really enjoyed the amount of moss on the deciduous trees, and those epiphytic ferns growing straight out of the moss. 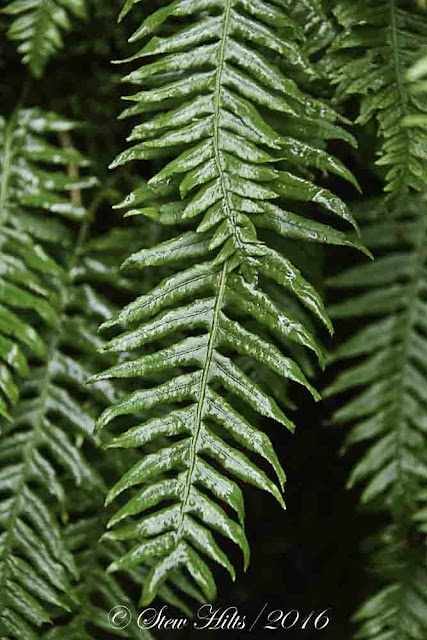 If I'm right, these wet fern fronds are Licorice Fern. 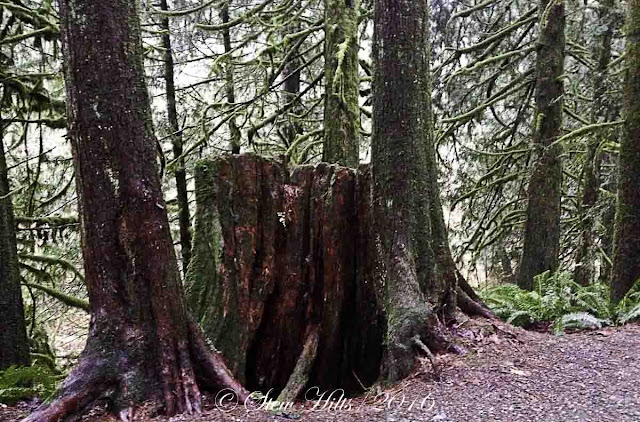 I also saw a huge old stump of the former forest, here dwarfing two neighbours that are each over 18" in diameter themselves!  A good chunk of the stump is hidden behind the tree on the right. 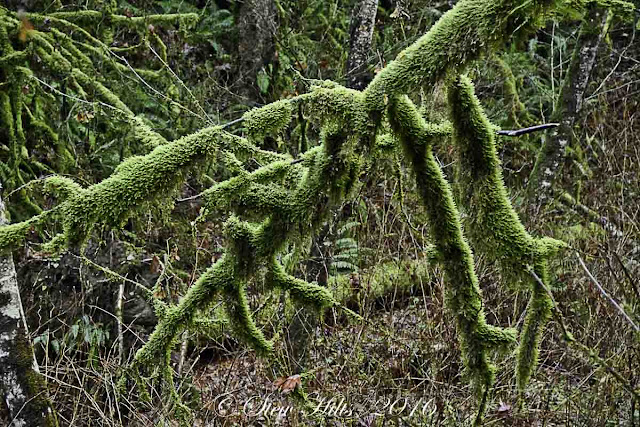 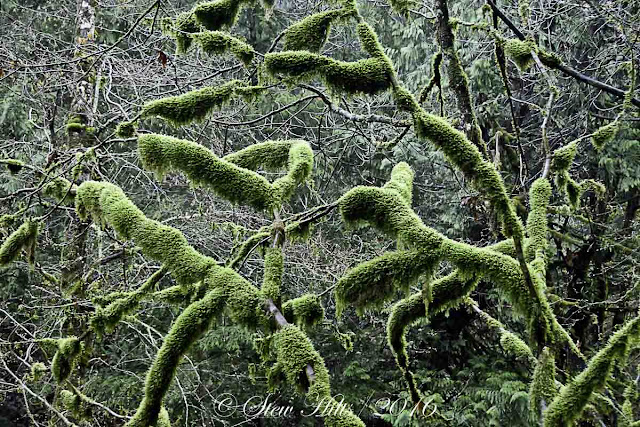 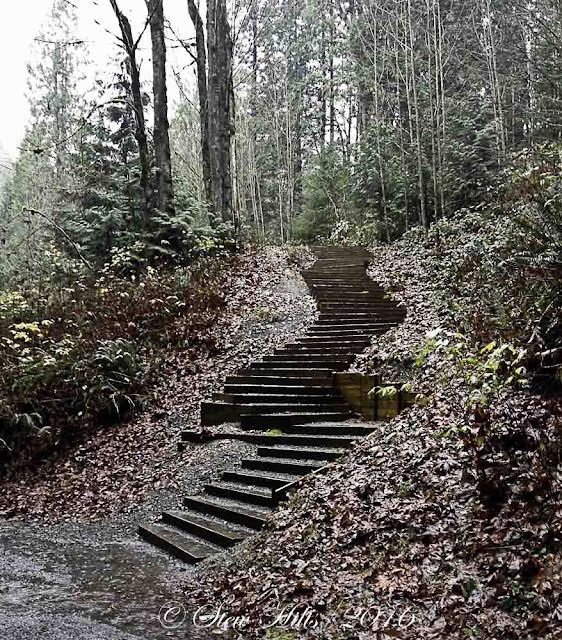 Eventually you arrive at the stairs back up to the other end of the subdivision.   Tomorrow, some pictures of the stairs - the best built stairs I've ever encountered on a walking trail!  You'll enjoy the pictures.