I don't think I've written about snow avalanching off the roof.  Deep snow and cold temperatures are not a problem here in the snowbelt.  Snow tires and snow plows can take care of the driving, and skiis or snowshoes can get you out to enjoy winter.  But temperatures that rise above freezing, or rain on top of snow, are a REAL problem. 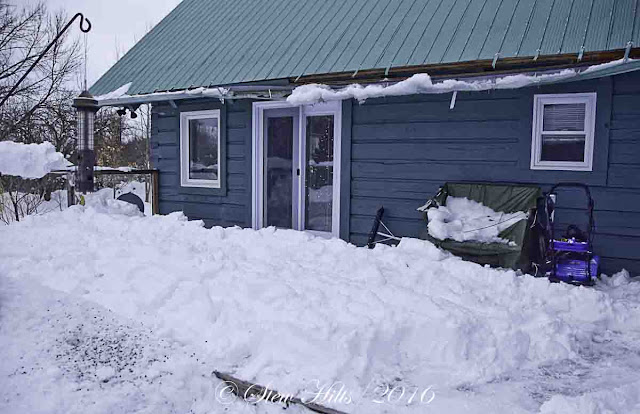 We woke on Christmas morning to find this on our back deck.  The snow on the roof had been over 2 feet deep after our big storm, but I got out the roof rake and pulled the worst of that down.  But then we had this crazy rise in temperatures and the snow came loose on the roof; down it came like an avalanche.  Not only is the snow now stuck on the deck, but we have a major repair to the eavestrough this spring!

Do you know what snow from a roof avalanche is like?  If it's near freezing, or even worse above freezing, the snow turns to white ice very quickly.  If I don't get it pushed out of the way quickly, it's almost immovable.  You have to chop it into chunks with a steel shovel first!  But we were headed out of town shortly, so I just got a path to the back door shovelled, and we had to leave it like this. 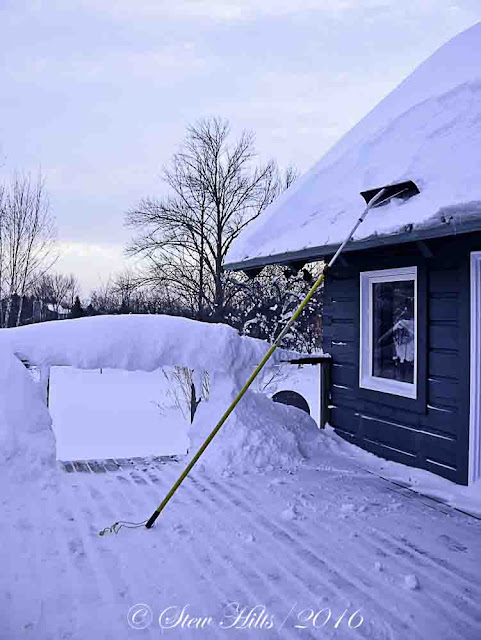 This is the roof rake, snow removed from the roof, and our nice clean deck which I was working hard to keep clear of snow for the winter.  I even used the roof rake on the garage and front of the house, loosened the snow so it all avalanched off, but immediately used the snowblower to clean it off.  It's only the back roof over the deck that causes a problem, because that's the lee side of the house and the snow accumulates a lot deeper. 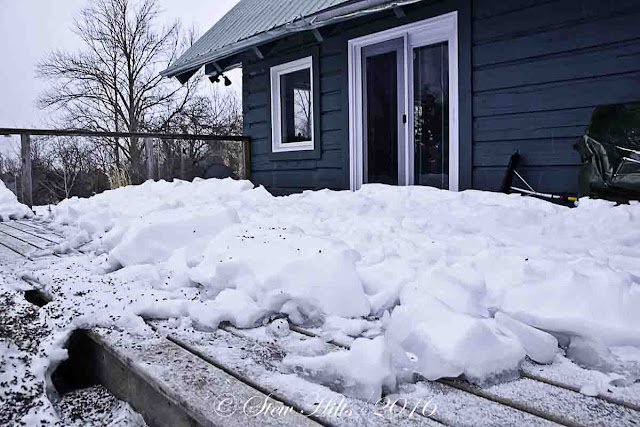 It gets worse.  Over Boxing Day, while we were away, the temperature rose to 10°C, well above freezing, and then it rained!  Then it dropped below freezing again and all the wet snow froze into solidified white ice.  This is our back deck now - it's going to stay like this until it melts! 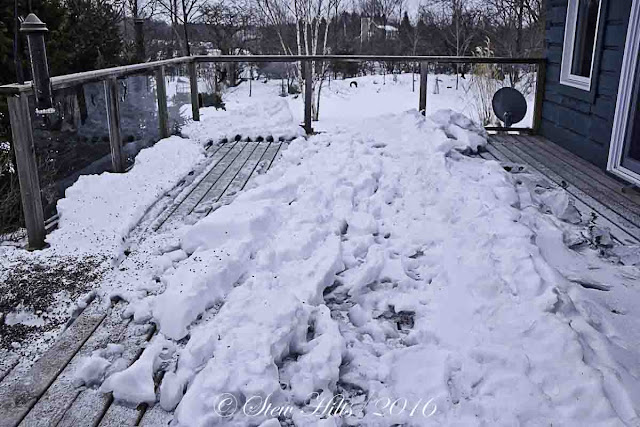 I was so pleased with myself for keeping this deck clear after out big snowfall, but I won't be clearing this any time soon because it's frozen in place! 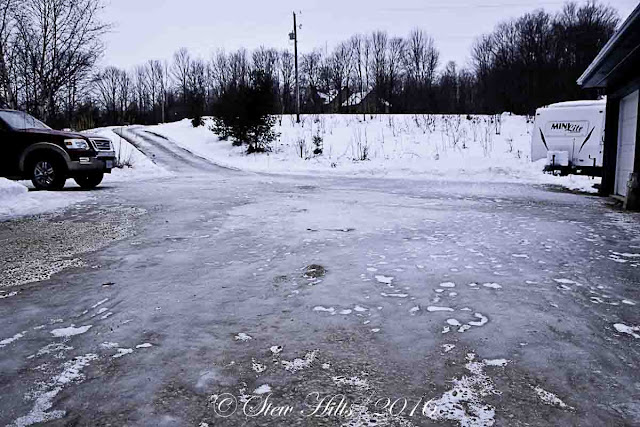 And then there's the driveway.  I'd been keeping it nice and clear too, but after being away two days, and the high temperatures and rain that intervened, it's mostly a sheet of ice.  This has happened before, and it's treacherous, because our driveway goes uphill. 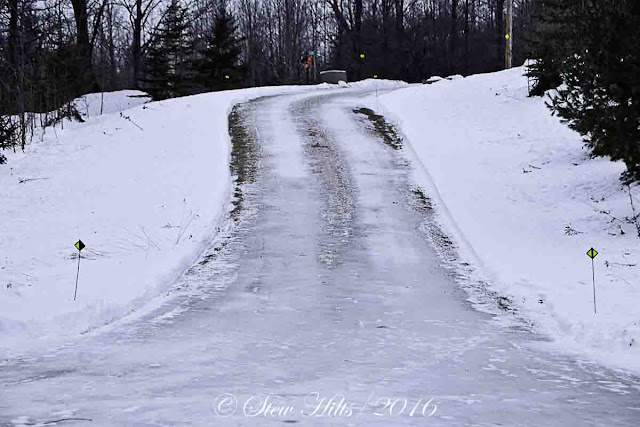 Luckily the packed down snow on the drive was still fairly thin, and the gravel was showing through on both edges, so we could drive down (VERY CAREFULLY!).  Everyone here uses snow tires!  I got out my supply of pickled sand, and spread enough to create a track for driving up and for walking across the driveway to the garage.  We've had worse.

The 'pickled sand' is a gift from the local sander, about six years ago.  The tailgate on a sanding truck must have swung open, and the truck left behind a track of sand six feet wide, 20 feet long, and 3" deep on our road.  I took all the pails I could find, and filled them up with the sand, already preloaded with salt ('pickled').  I've only used half my winter sand supply since, so I have enough for a long time yet.  The eavestrough is another story.

Anyway, we're safely back home after Christmas and starting to relax before New Year's!