Our next adventure while we were in Abbotsford was a trip up the valley to the Great Blue Heron Nature Reserve outside of Chilliwack.  It's actually a municipal park, but it's much more than that.  It's a reserve for nesting herons, and a major outdoor education centre, with a great interpretive centre and educational programs all year long. 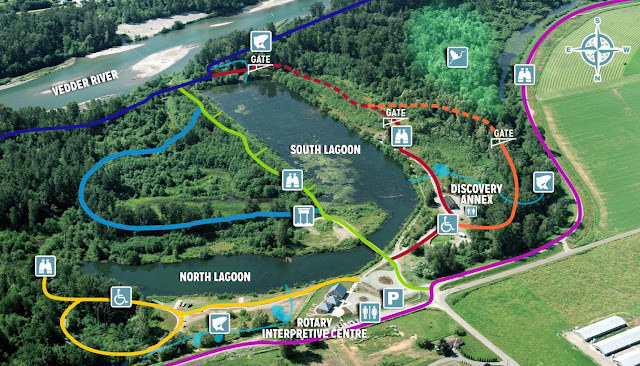 As you can see by the map, it's centred around two large lagoons, where plenty of waterfowl can be found, and it borders the Vedder River, flowing down out of the Cascades to the east.  It's close to Cultus Lake. 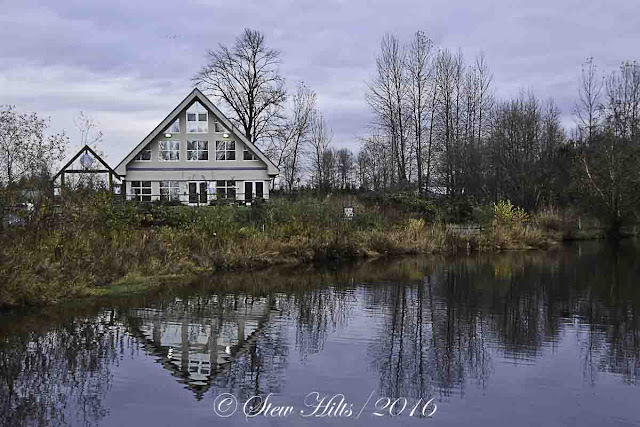 This is the Interpretive Centre, funded largely by the local Rotary Club, with a full-time staff and numerous volunteers, who keep the centre open year-round except Christmas Day.  Nice reflection I thought, and VERY impressive interpretive centre. 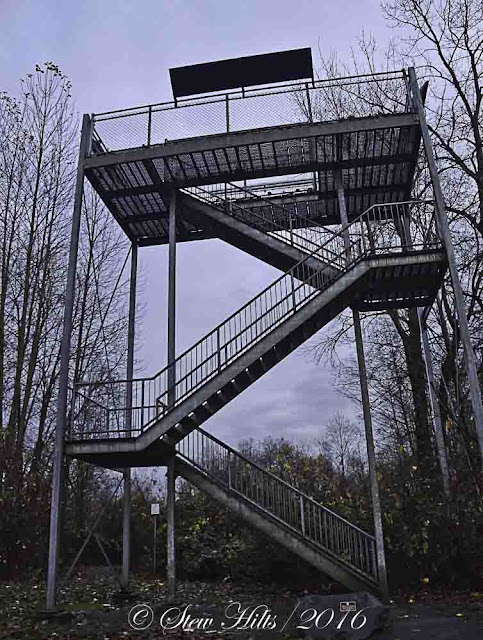 There was a great observation tower, but no birds to be observed! 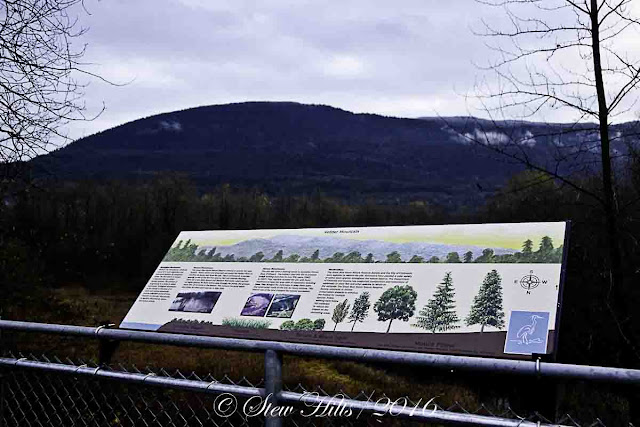 But what I did like were these interpretive panels on all four sides at the top, facing north, east, south and west.  They all included labelled silhouette diagrams of the mountainous horizon that you were looking at. 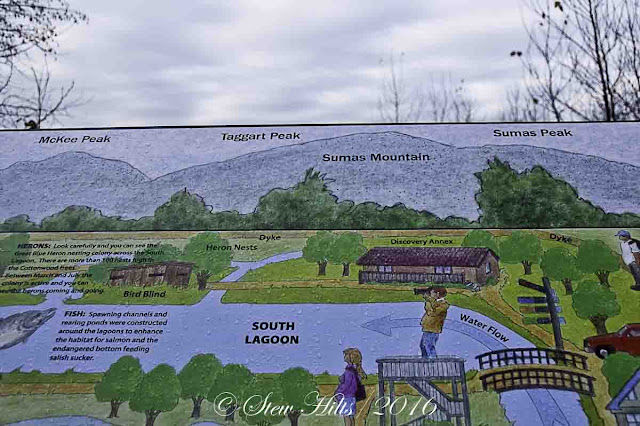 This is what clarified for me which mountains are which.  Our daughter lives on the southwest corner of Sumas Mountain, but as the panel shows, there are three peaks on Sumas Mountain, McKee, Taggart and Sumas Peaks. 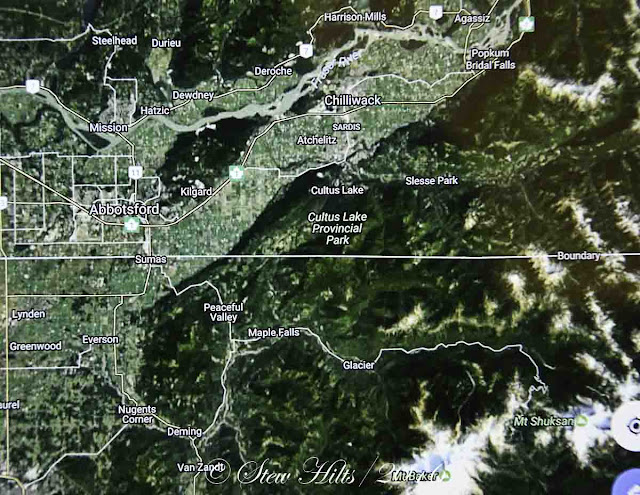 You can see some of this mountainous pattern in this screen shot from Google Maps.  The nature reserve is just to the left of Cultus Lake; all the mountains to the southeast are the Cascades, Mount Baker showing up as a snow-capped peak.  North of Abbotsford is the Coast Range.  Sumas Mountain is a smaller forested 'island' of peaks just northeast of Abbotsford, with the Fraser River on the north side, but a wider stretch of the flat farmland of the Fraser Valley on the south side.  The geological fault that divides the Cascade Range from the Coast Range runs down the valley approximately where the Trans-Canada Highway is shown. 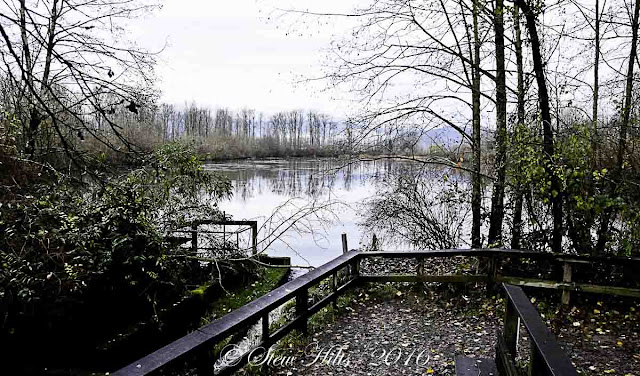 Back at the nature reserve, we walked around the main lagoon, seeing lots of ducks far away. 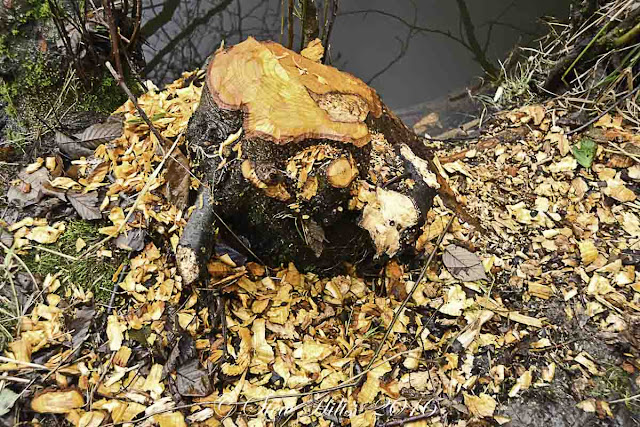 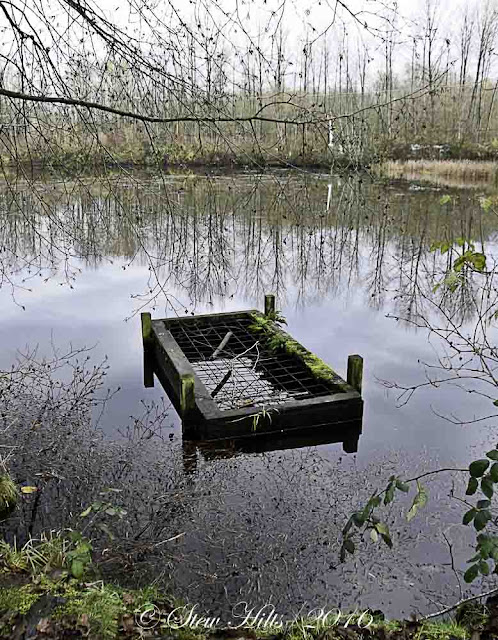 Lots of evidence of Beaver too, from chewed stumps to this 'Beaver Box', a means of preventing beaver from building a dam to block off a culvert. 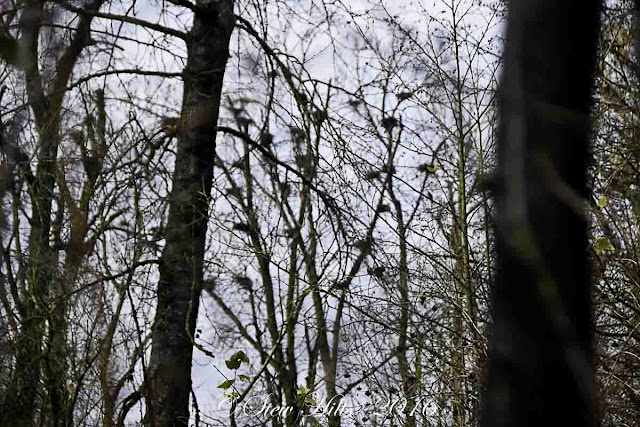 But the highlight of the walk was further on, among the silhouetted herons' nests, inactive for the season. 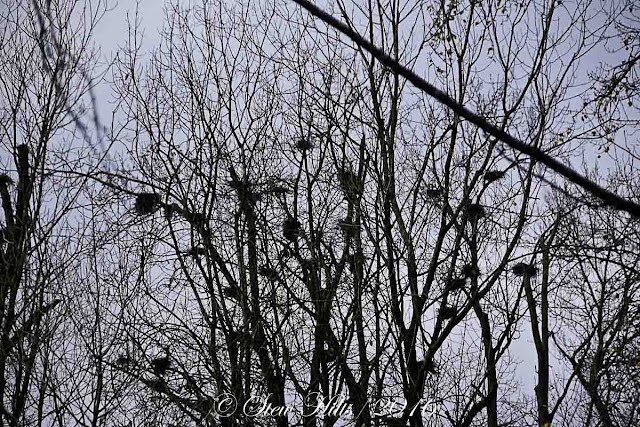 This trail is closed during nesting season, but this colony must be something to see when it's active! 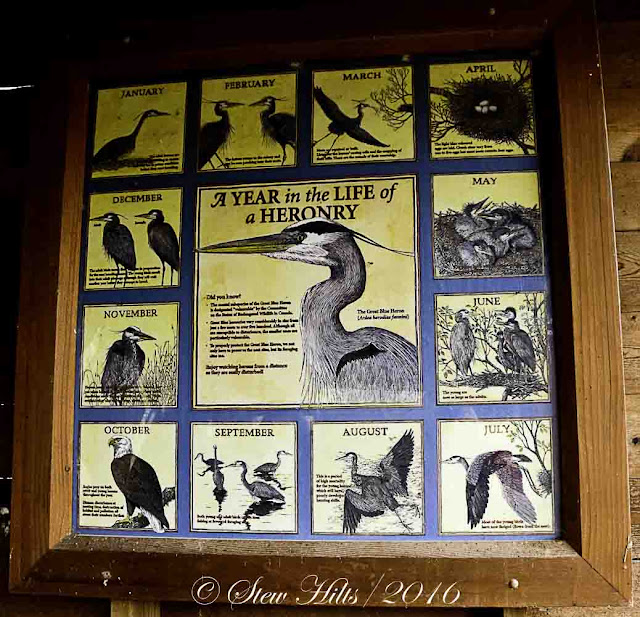 There was another excellent interpretive panel which showed 'A Year in the Life of a Heronry'.  It showed what to look for every month of the year.  The herons will be starting to nest again in March.  But see what's shown for October?  We were there a month later, but we did see a pair of Bald Eagles. 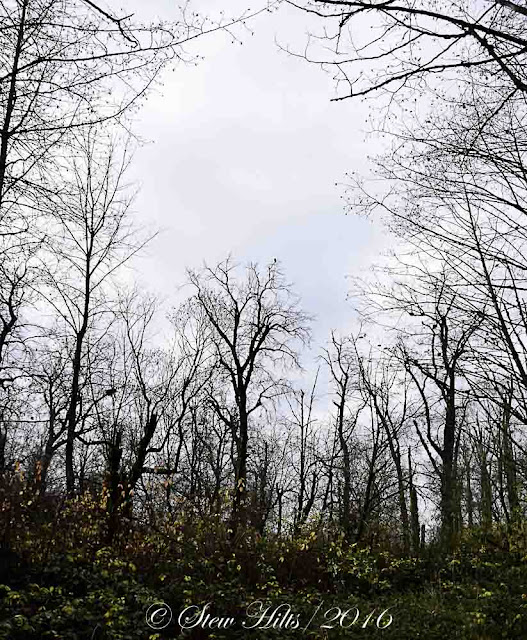 This is how it looked when we first spotted it.  Can you see it?  Tomorrow, some more eagle and other bird pix.

Here today we've had about 8-10" of light fluffy snow.  I spent quite a bit of time with our snowblowers, fixing a broken shear pin among other things, but the driveway is now clear.  We also had a pair of Cardinals visit our feeder - the first time in the 6 years we've lived here!  And I got pictures!