Our first big adventure was a trip to Cascade Falls, a few miles north of Abbotsford.  We drove down off the lower slopes of Sumas Mountain where they live, and headed north across the flat farmland of the valley.  Crossing the Fraser River on the bridge to Mission, we turned right and headed into the foothills. 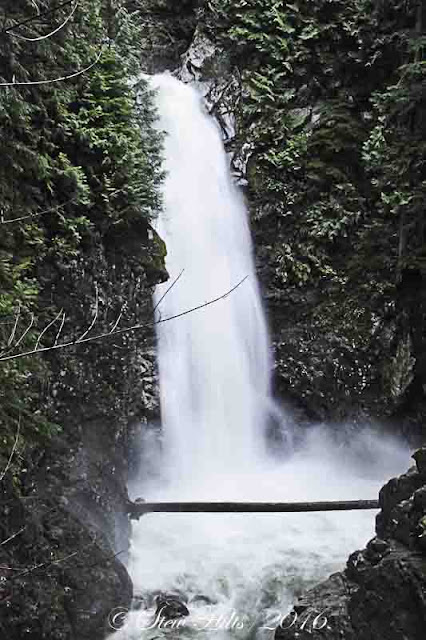 Cascade Falls is a fair size waterfalls, though I'd never heard of it before.  And it was totally surrounded by forest and rock.  It's found down a road north of the hamlet of Dewdney on the maps. 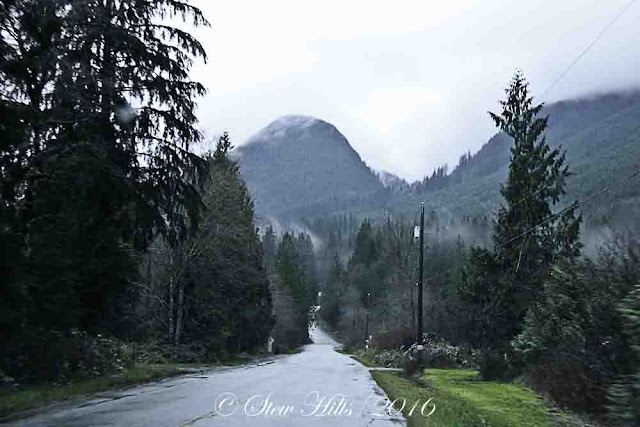 I'm used to a dense network of roads in southern Ontario, but here there are only a few roads up the valleys that take you into the foothills.  As you can see, it was a dark grey misty day and raining, so photography was a major challenge. 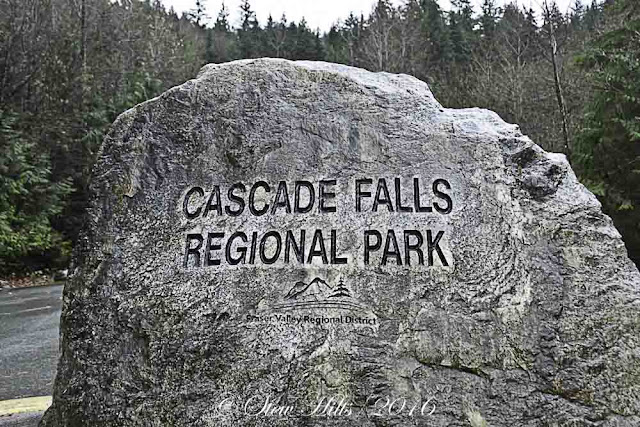 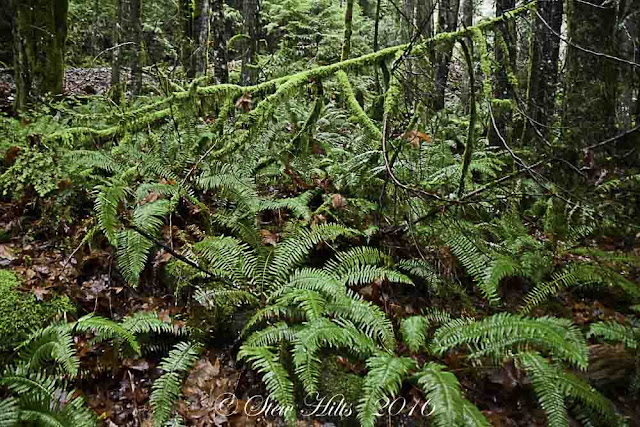 I was quickly introduced to the local rainforest, with its moss and ferns.  I think most of the ferns we saw were Sword Ferns. 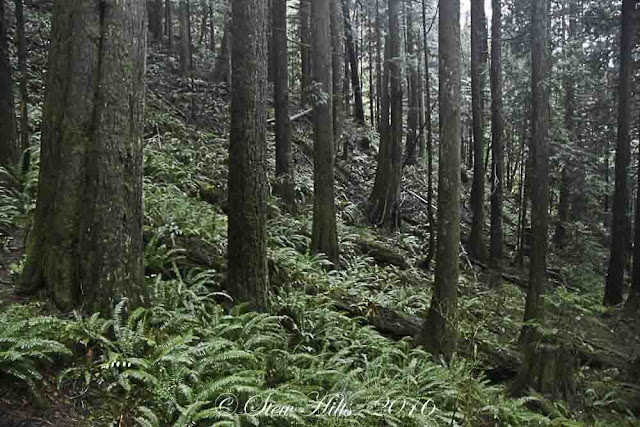 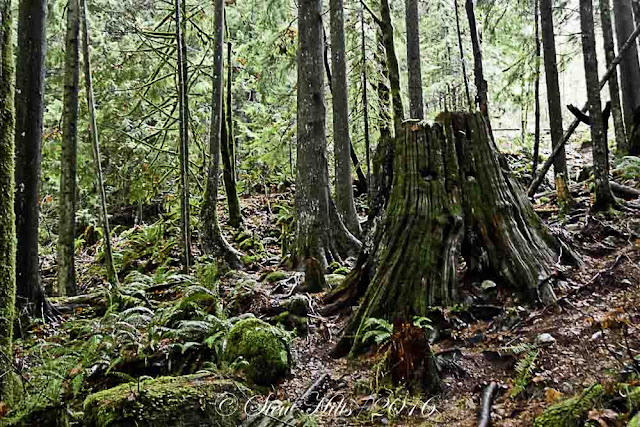 I was surprised and a bit saddened to see several old original stumps that showed how puny today's trees are compared to what was once there.  The larger tree beside the stump is about 18" diameter, so you can get an idea of how big that tree must have been. 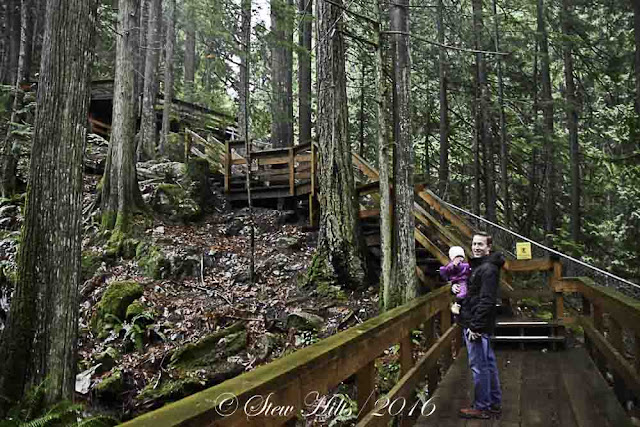 There were quite a few steps up to the waterfall, but they were well built and easy to walk up, even though wet. 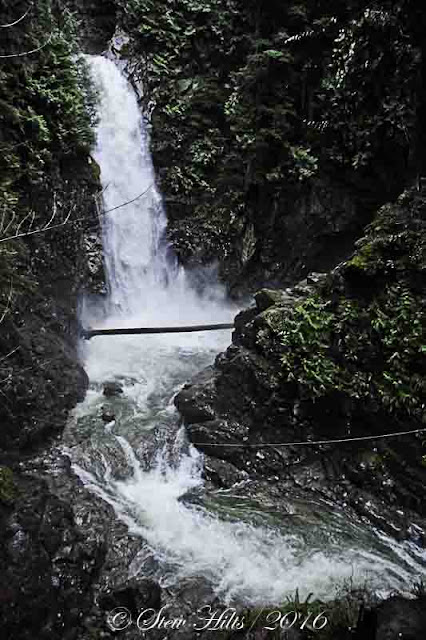 It was the suspension bridge that provided the views of the falls (see yesterday's post).  And it was very secure with really no bounce or swing at all - though how they got it in place in the middle of the forest I have no idea!  the falls is about 50 feet high. 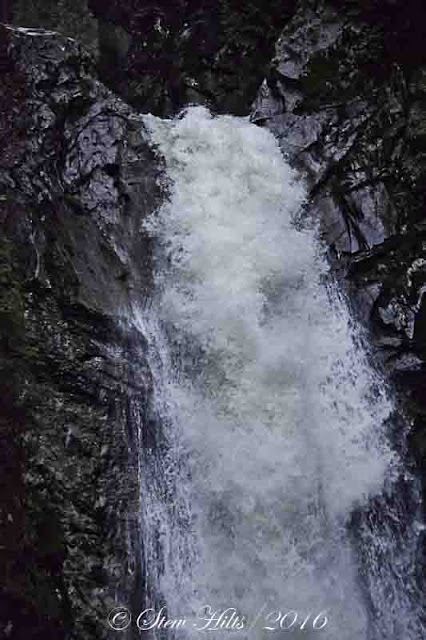 But in the dark it was very hard to get the right exposure for the picture, even with the ISO cranked high. 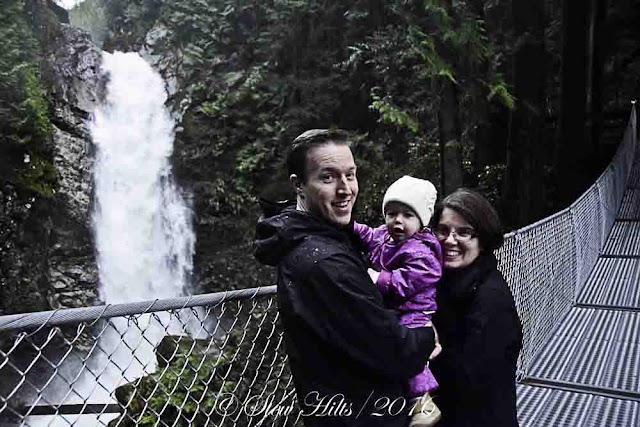 There's a famous and very busy (and bouncy as I recall) suspension bridge at Capilano Canyon in North Vancouver, that is absolutely over-run with crowds in the summer, but I got the impression this site is almost unknown. 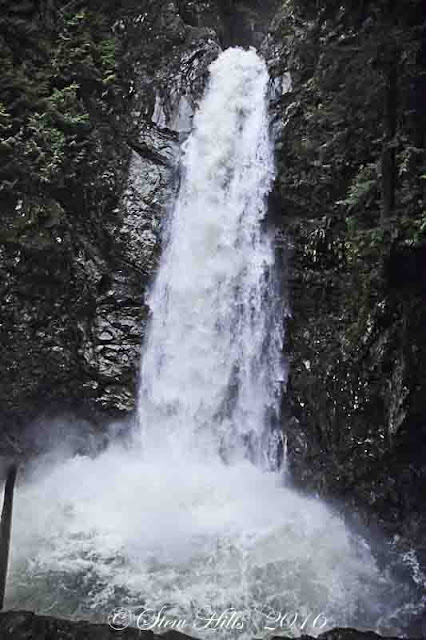 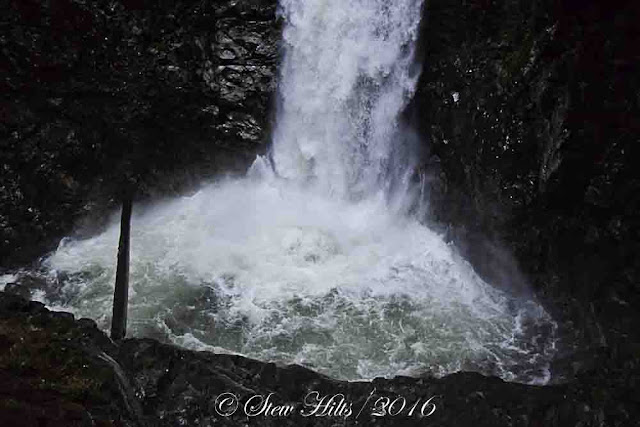 In any case, we crossed the bridge, and as I always do, I tried lots of pictures of the falls.  In the dark light there was far too much contrast to show the rock as well as the water, but it's a nice falls! 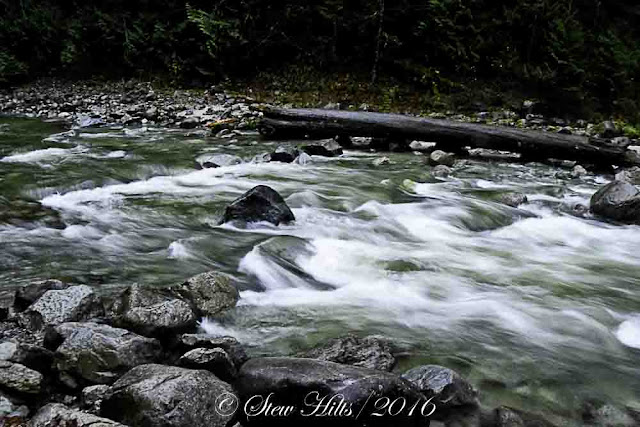 Back down the stairs, you can also stop and explore the river's edge downstream from the falls.  I like this picture 'slowing' down the water flow. 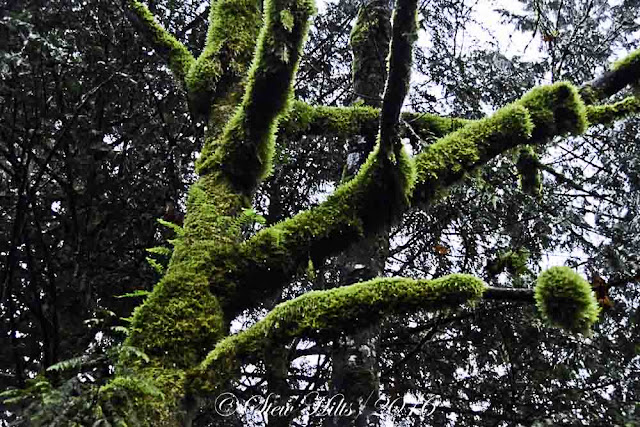 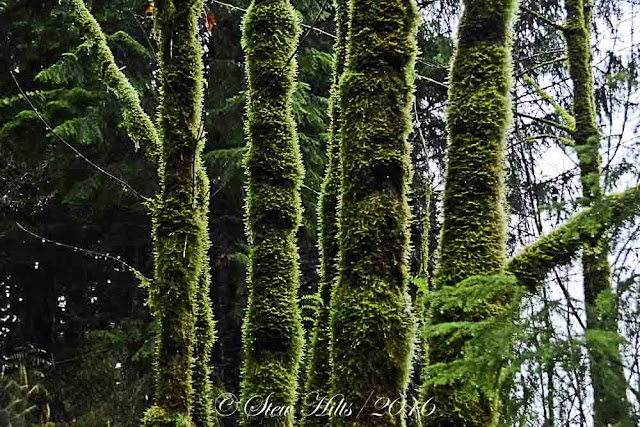 There was lots of moss there too, coating the deciduous trees, such a different appearance to the woods from what I'm used to.  And all new species of trees to learn too. 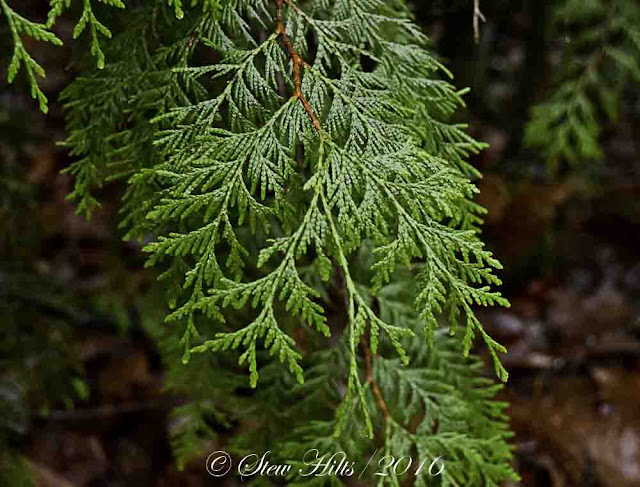 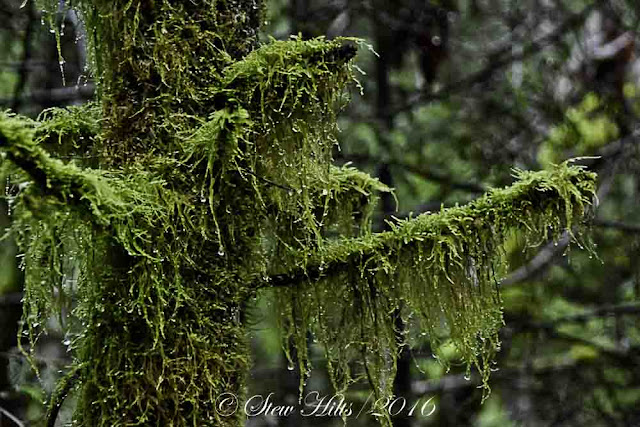 In fact, the forest is mostly a coniferous forest, with Western Red Cedar one of the most common trees.  It grows tall, straight and huge; it's B.C.'s official tree.  It's fundamental to west coast aboriginal culture.  Obviously the moisture from lots of rain has a huge impact on the forest.  I must do some more reading on the west coast rainforest and learn more about it.
Posted by The Furry Gnome at 7:48 PM