Halfway Thru' the Storm

We already had a foot of snow on the ground on Wednesday, but then the 'polar vortex' plunged down over southern Ontario, dropping temperatures, and setting up strong lake effect streamers off Georgian Bay and Lake Huron.  We got 12" overnight, and starting after I got that cleared away, we got another 12" during the day Thursday.  Today has been fine, but tonight part two of the storm arrives. 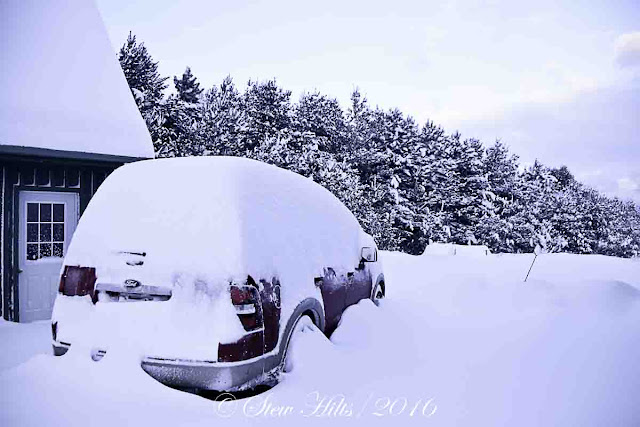 This snow was just the second half of the storm.  The car was in the garage overnight, but I have to move it to get the snowblower out.  By 4 p.m. the clean car was decorated with a foot of new snow. 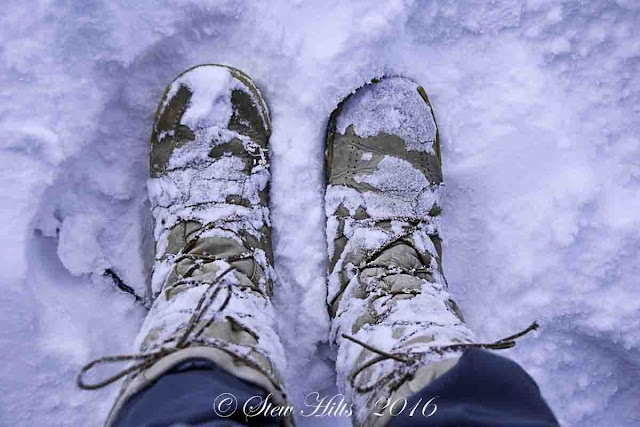 I headed out in the morning to snowblow the driveway, but quickly realized it was both colder and deeper than I thought.  So I came back in, put on all the warm layers, and got out my good old mukluks.  They measure 13" high, and the snow was 3" over the top as I walked to the garage!  It took me an hour, (my snowblower is 4 feet wide and 18" high), but I got the driveway clear. 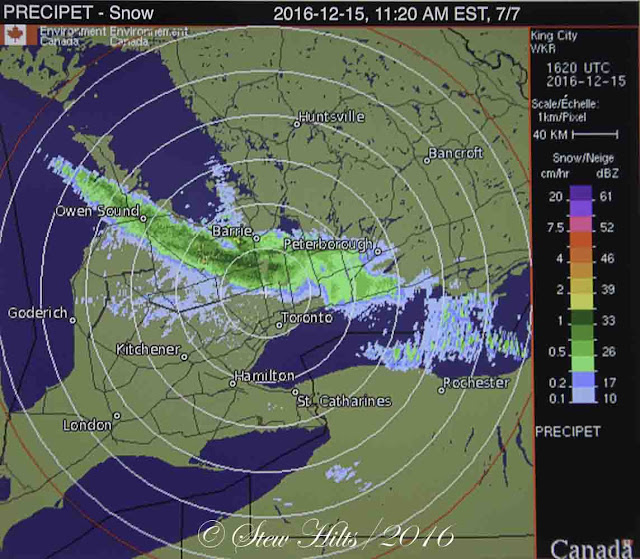 Then the lake effect snow streamer arrived.  It was a long and very heavy band of snow, and it stalled in that position for nearly 6 hours, dropping an incredible inch of snow every 30 minutes. 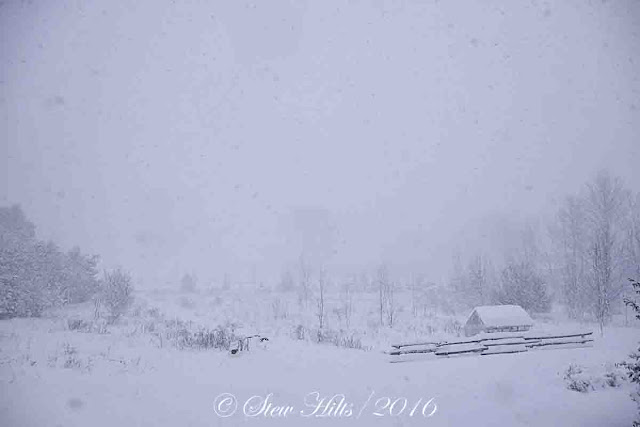 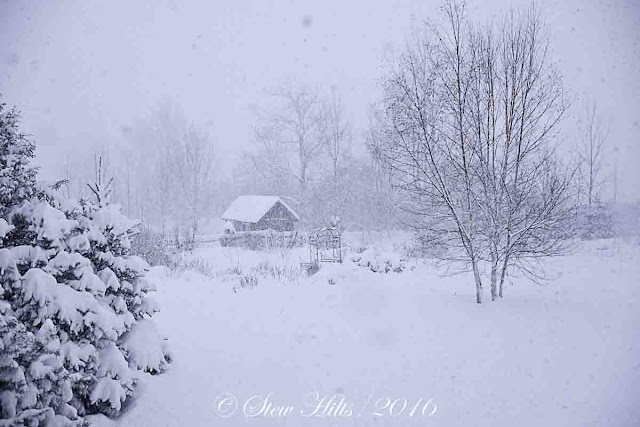 These pix show the view out back during the snowfall, not a lot of wind, but just heavy ongoing snow, turning the world completely white!  I can't recall ever before seeing 24" of snow accumulate in 24 hours. 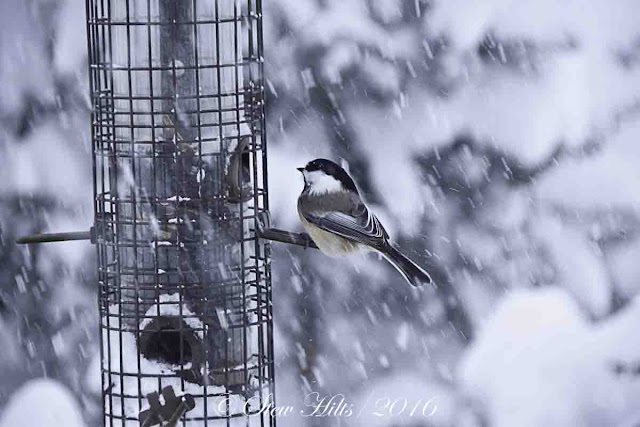 I tried various ways to get pictures of the falling snow.  The blizzard of snowflakes the Chickadees had to deal with seemed to illustrate it as well as anything. 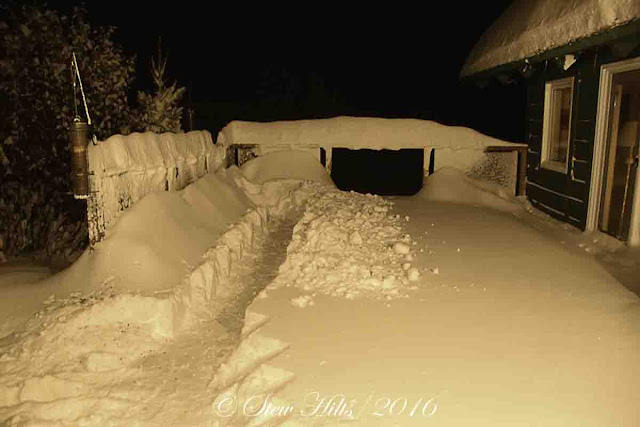 By nightfall we had another foot, after this deck had been cleared completely earlier in the day.  That's just a path to refill the bird feeder I shovelled.  At the far end you can see where I remove one glass panel for the winter; then I can just push the snow over the edge.  It forms a mountain down below. 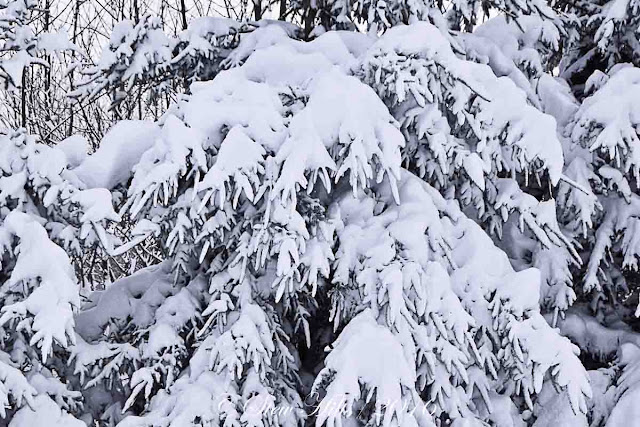 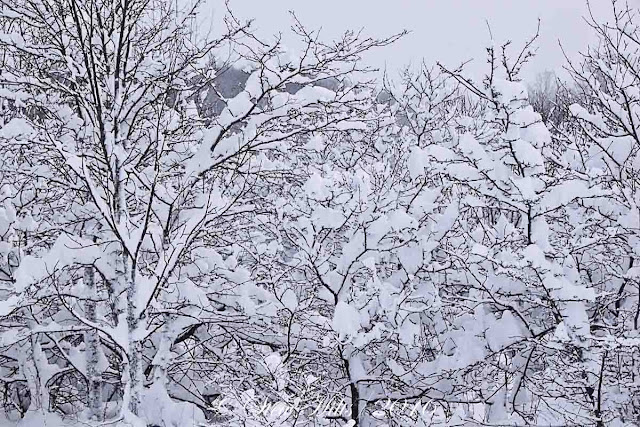 Today we woke to a winter wonderland, and actual blue skies and sun. 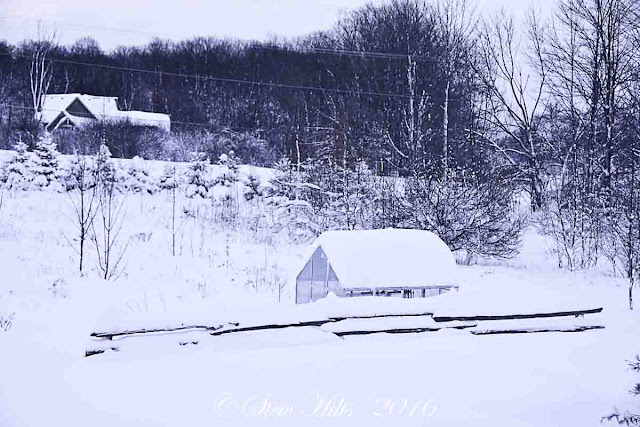 My little ornamental fence was nearly buried; only the top railing showing in places. 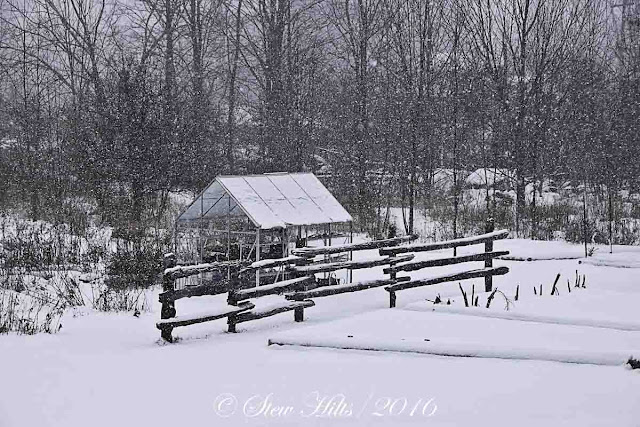 Compare this to a photo from just 6 days ago. 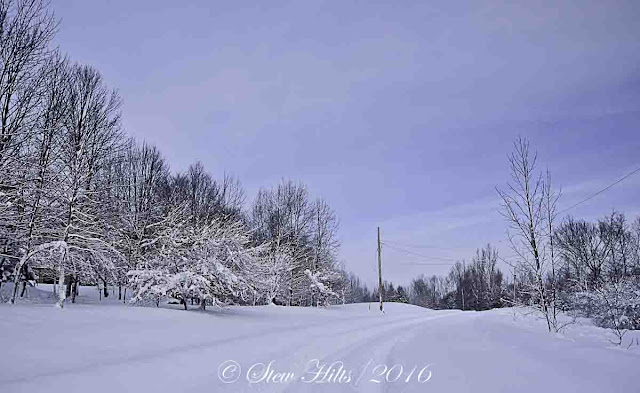 Surprisingly, the plows had not been around to clear our local road this morning, the first time I remember that happening since we moved up here.  I guess they were too busy on the more important roads.  One pick-up truck did drive down the road, but otherwise it was nearly 18" deep.  Even though I had cleared the driveway three times by this point, we couldn't get out if we wanted to. 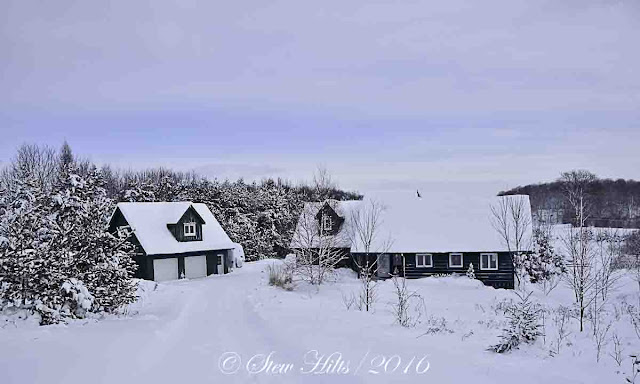 So now this is us, quite well snowed in!  Winter is here for good.  Time to get out the snowshoes and skiis!