Our last hike while we were out in B.C. two weeks ago was in Cultus Lake Provincial Park, on the Teapot Hill Trail.  It goes uphill for an hour, a fairly steep climb, but we only went a short distance to get a taste of it.  Our 15 month old grand-daughter wanted to walk up the trail herself!  I had lots of time to get pictures. 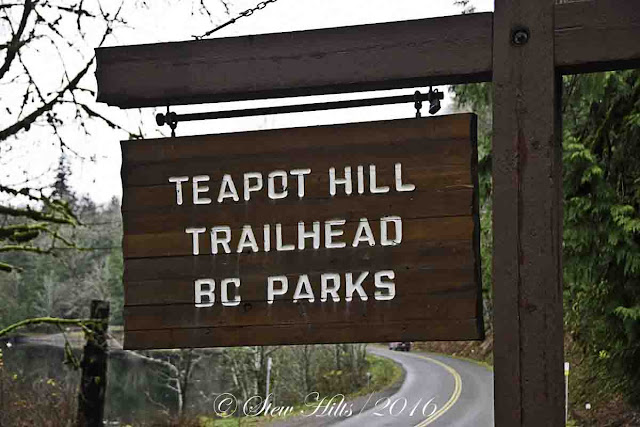 The trailhead is easy to find, right along the south side of Cultus Lake. 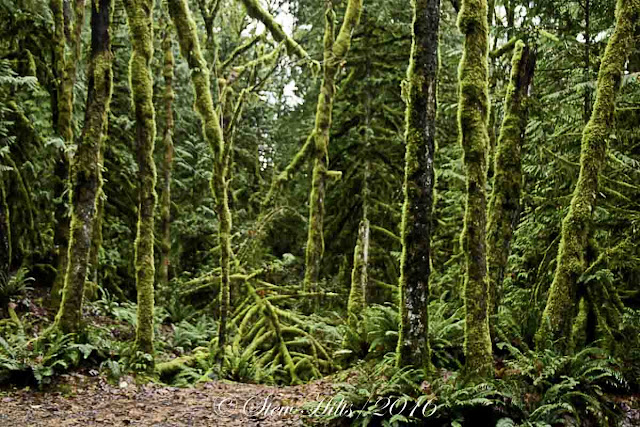 And it was more mossy forest all the way up the trail. 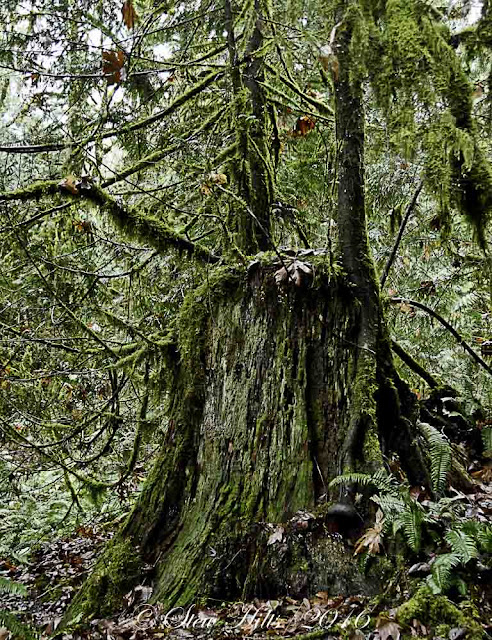 With lots of big old stumps from the forest of the past. 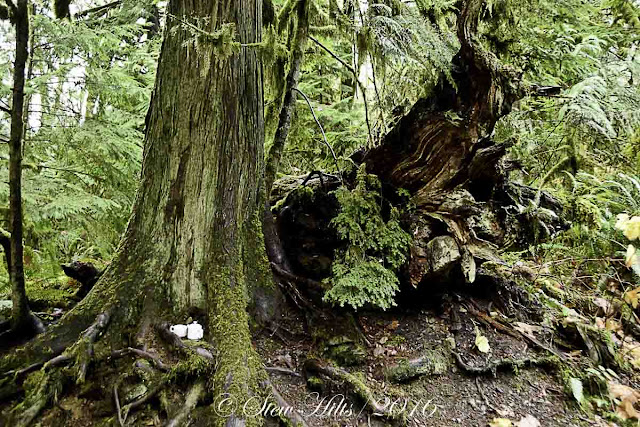 Apparently it`s a tradition to leave teapots along the trail, but they accumulated and got broken so much at the top of the hill that the parks service gathered them up and removed them.  Obviously some hikers are determined to resurrect the idea. 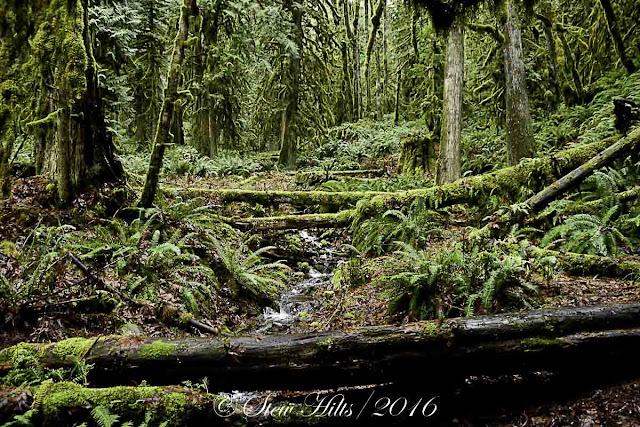 We passed a tiny little stream draining down from uphill. And lots more of those mossy trees. 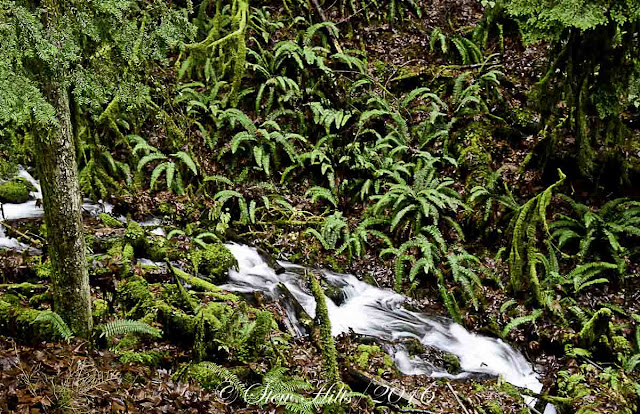 Once we got to a second stream, where our grand-daughter wanted to play in the water, it was time to turn around. 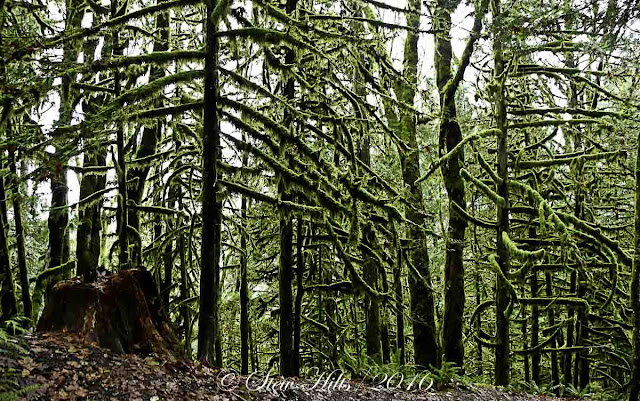 Down through the mossy forest again, 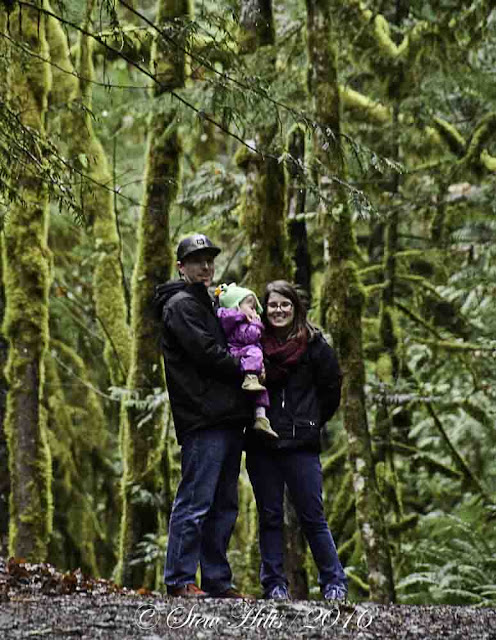 And one last picture of our daughter, son-in-law and grand-daughter; our grandson was in school. 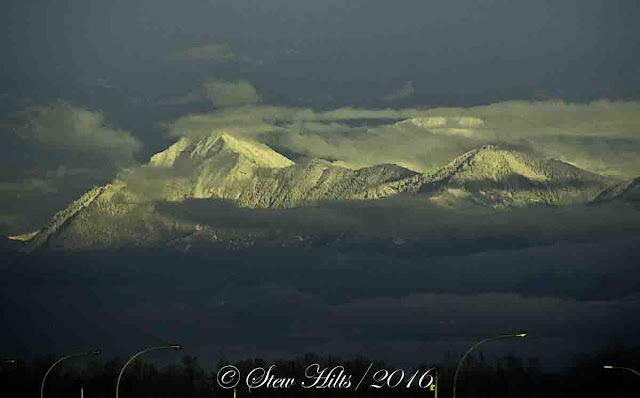 Our last glimpse of Mount Baker, the clouds thinned and the sun actually came out.

More Cascade Mountains to the east. 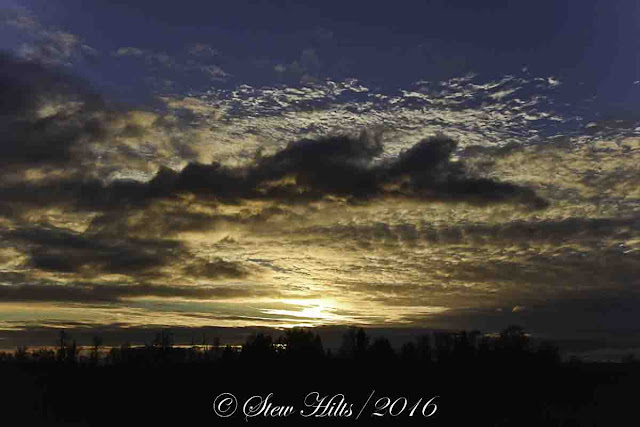 And finally, we got an actual sunset on our last day!  The most sun we`d seen all week.

Today in the valley is a different story, and tomorrow we`ll get back to some pictures of the seasons - snow, snow and more snow!  By 4 p.m. today we`d had 24`` in 24 hours.  A snow streamer off Lake Huron was parked overhead for about 6 hours, and we got a foot of snow in those hours alone - 2`` per hour!  I blew out the driveway twice, but the plow hasn`t been back to clear the road yet, so we`re sitting out the storm until it gets here.  Too busy on the more important roads I expect.