At some point during the week we were there we stopped for a quick look (in the rain, as usual) at Devon Falls, a very easy walk of 50 yards from the end of Harvest Drive.  It was a beautiful little waterfall. 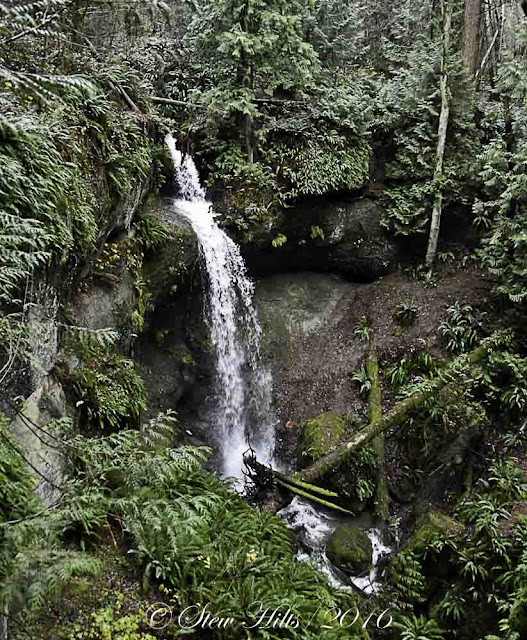 It falls about 40 or 50 feet over two ledges of sandstone into a steep-sided valley filled with ferns. 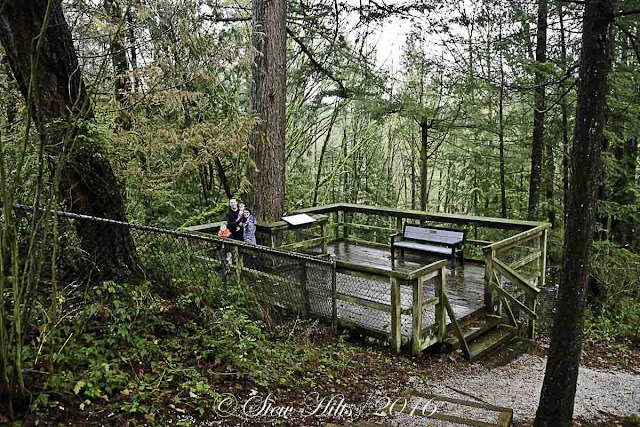 There's a nice viewing deck under the big trees that gives you a great look at the falls.  That's our daughter and her family. 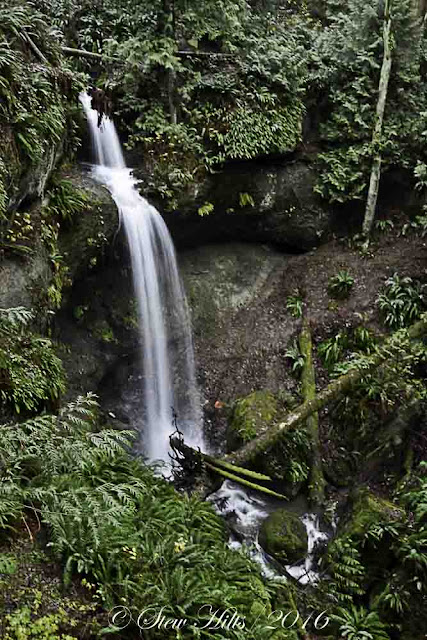 It was so dark under the trees, and with grey clouds above, and with a solid railing to lean on, that I was easily able to get some great 'slow' shots of the falling water. 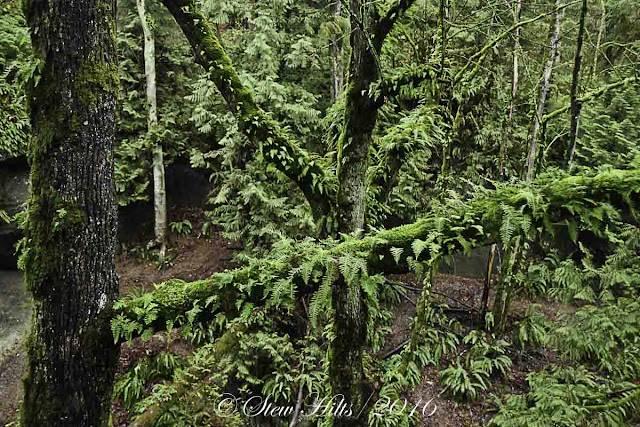 Ferns were growing out of a lot of mossy branches as well as on the forest floor. 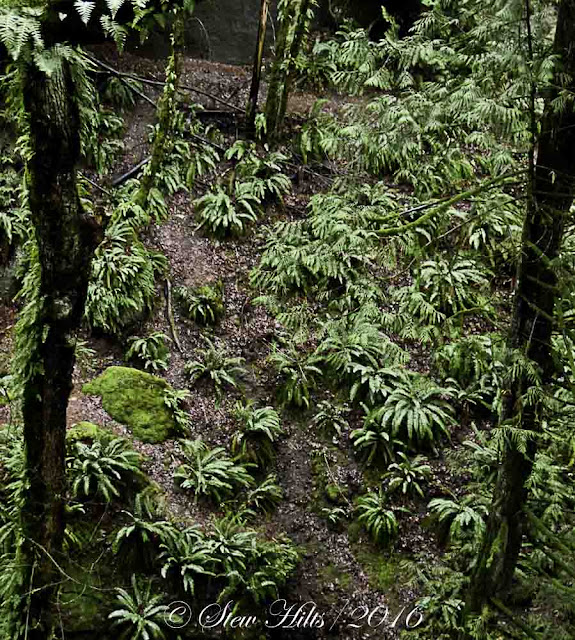 With all the Sword Ferns on the ravine slopes and beside the trail, I took the time to get a close shot of the sporangia (spore cases) on the underside of the leaf. 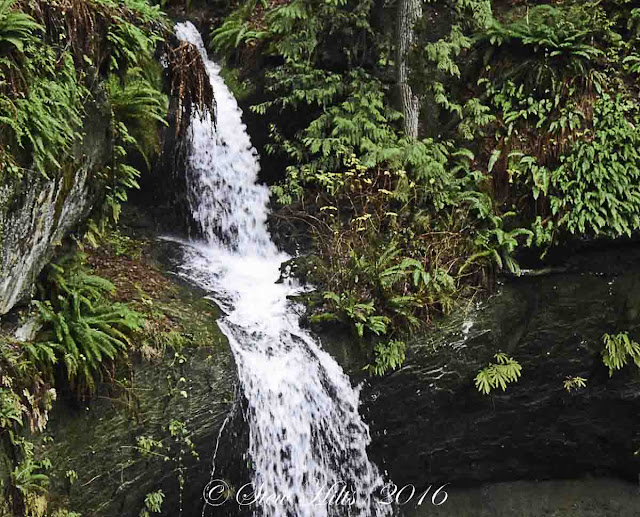 The interpretive plaque on the viewing deck described the rare Maidenhair Fern, growing directly of the rock here, in the moist mist of the waterfall.  That's it, in the lower corner of the photo, right on the cliff.  It grows in a fan shape, unlike the usual fern shape, and we have plenty of it in deciduous woods here in the valley.   It's a very pretty waterfall. 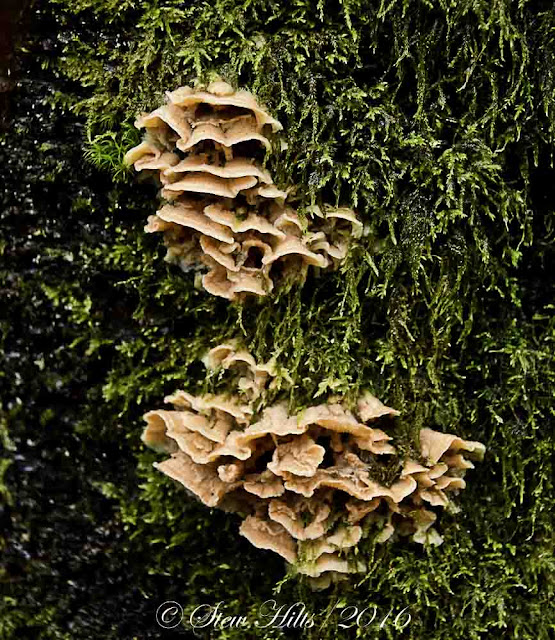 Some nice fungi on a mossy tree trunk too. 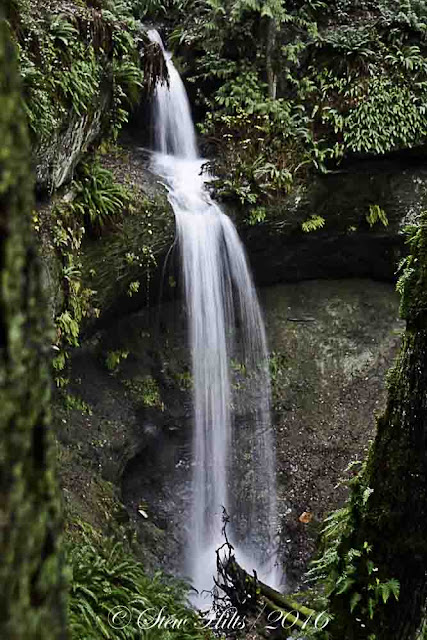 One last shot of Devon Falls.  It's named after Devon Clifford, a 'gifted and talented' local musician who 'championed people who were disadvantaged or disabled'; this was his favourite place.  He died tragically of a brain hemorrhage at age 30.

It's also an Earthcache, a geocache with no hidden box to find, but some questions to answer about the geology of the site.  This is a good example of a cascading waterfall, formed by a harder higher layer, with undercutting of the softer sandstone below, so the water can fall freely all the way down.  I've submitted my answers!

If you're in the area, you can find Devon Falls if you turn off Whatcom Road onto Westview Blvd., and almost immediately onto Harvest Drive.  Park at the end and follow the trail downhill.