Talk about a size difference, from very large to the tiniest bird!  We did get a slightly better view of that Bald Eagle in the distance that I ended yesterday's post with, but then when we got back to the interpretive centre, the feeders were overflowing with Hummingbirds! 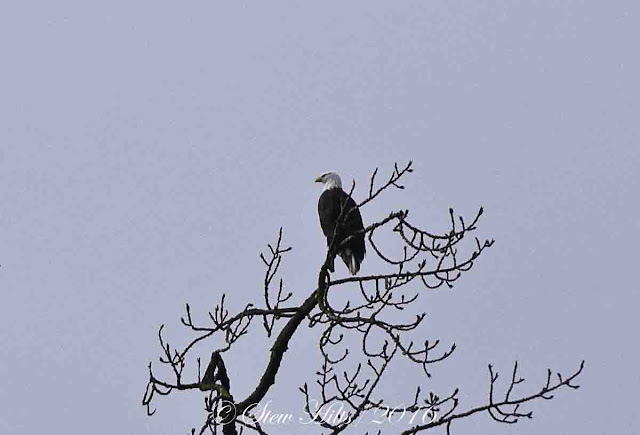 Here's a much better and heavily cropped picture  of the Bald Eagle.  I may get used to seeing these regularly when we visit B.C., but it would be an exciting sight here in southern Ontario! 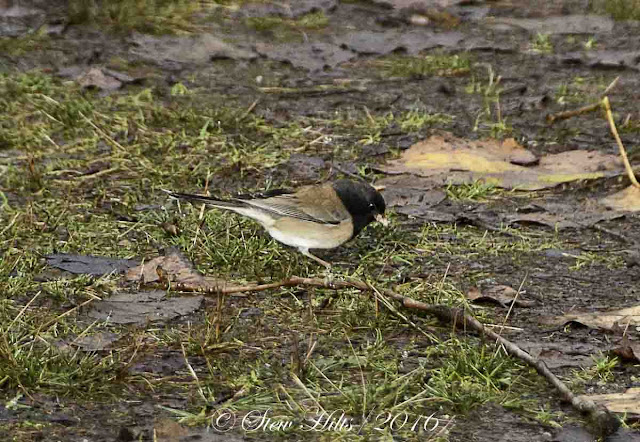 We turned away finally, and continued down the trail, hearing the chirps of small birds around us.  They turned out to be Dark-eyed Juncos.  There is huge regional variation in juncos across North America, but the two most common 'races' are the slate-coloured variation here in the east, and the Oregon variation in the west with the more clearly black head and brownish back and sides rather than dark grey and white back and sides. 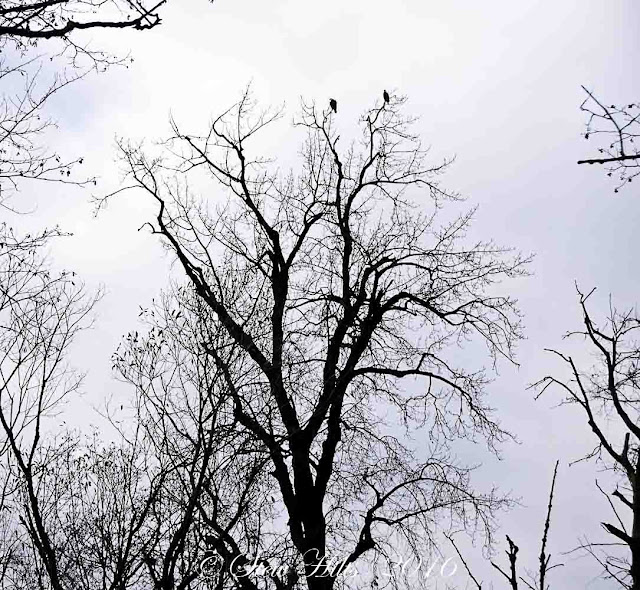 Then we heard a high-pitched screaming high in the sky behind us, and saw another eagle fly in to join the first. 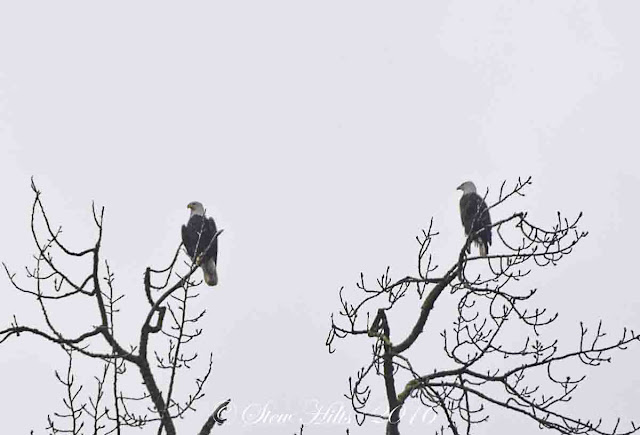 Forgive my enthusiasm, but I have never seen two mature Bald Eagles together in southern Ontario, my entire life.  This was pretty neat! 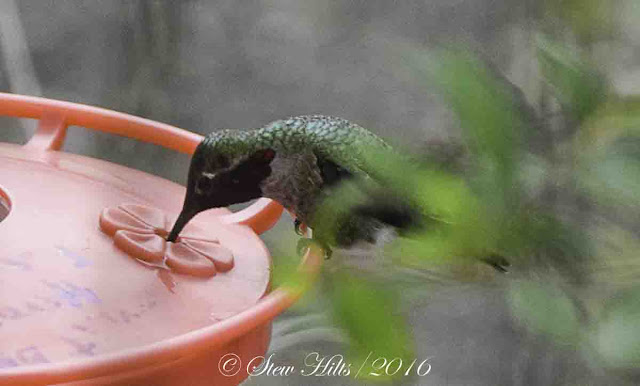 Then there were the hummingbirds.  Do you know B.C. has 8 possible species of hummingbirds?  There were half a dozen visiting two feeders, and my first impression was that we were seeing 2 or 3 different species. 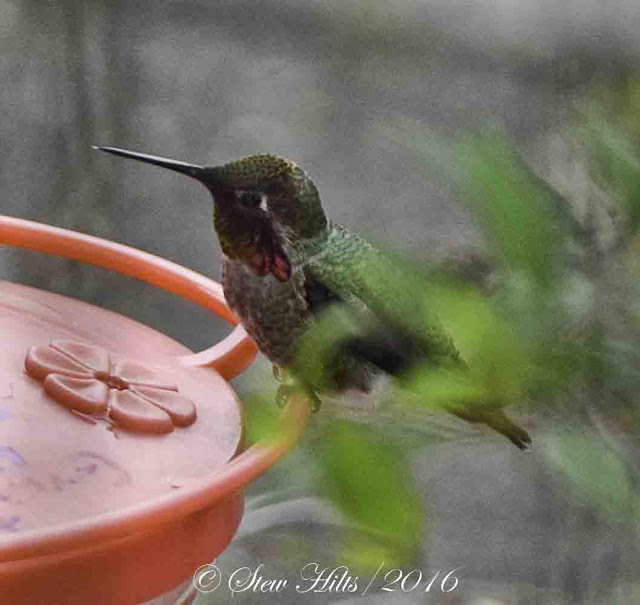 Part of the identification challenge is that the colours only appear in the right light.  Notice the pink when it lifts its head. 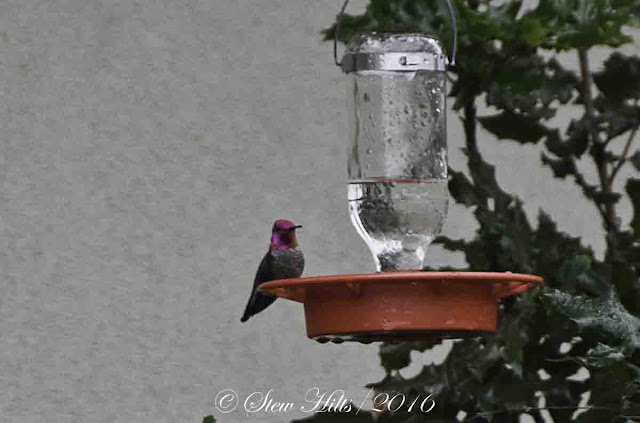 Then look at this one!  I'm used to one simple species here in Ontario, though others are sometimes sighted, but this was becoming a challenge. 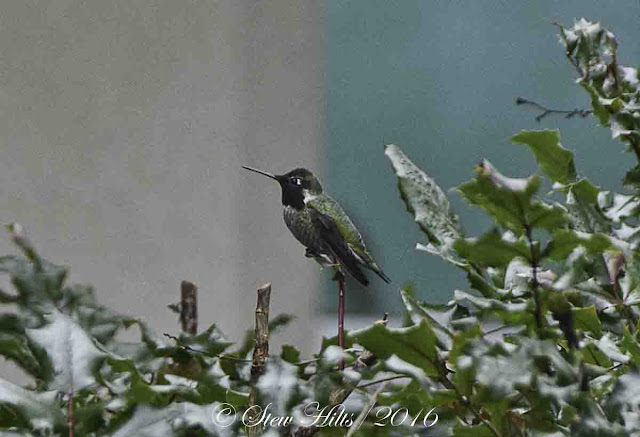 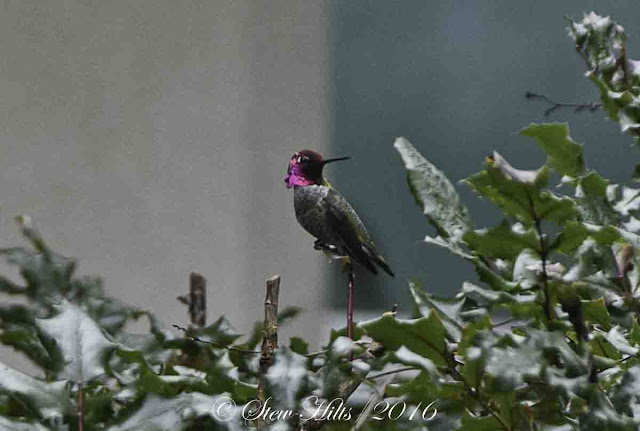 Take a look at the two visions of this hummingbird, as it turned its head.  I think the bright pink identifies it as an Anna's Hummingbird.  But with plumage varying between male and female, and between immature and adult individuals, I'm left thinking these may all be the same species. 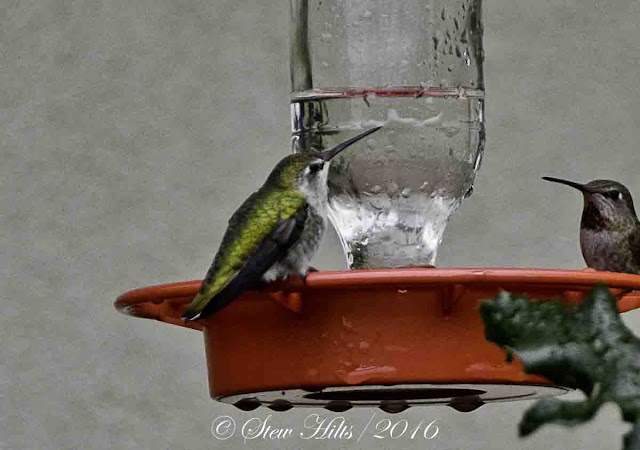 So what is this one?  I think I have a lot to learn! 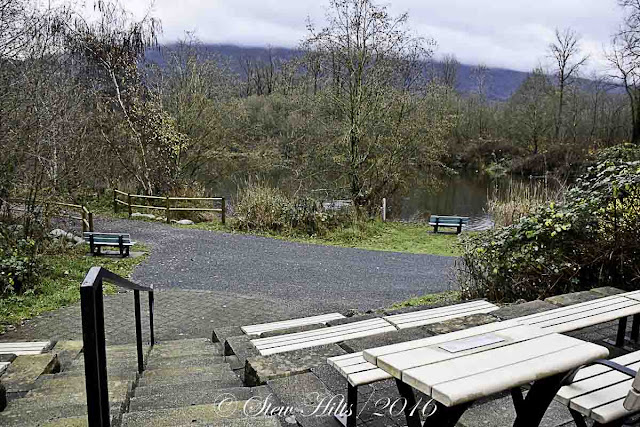 I have to include this picture, the outdoor classroom, overlooking the lagoon.  As a former teacher, I was really impressed with how they were set up for school visits, at all grade levels. 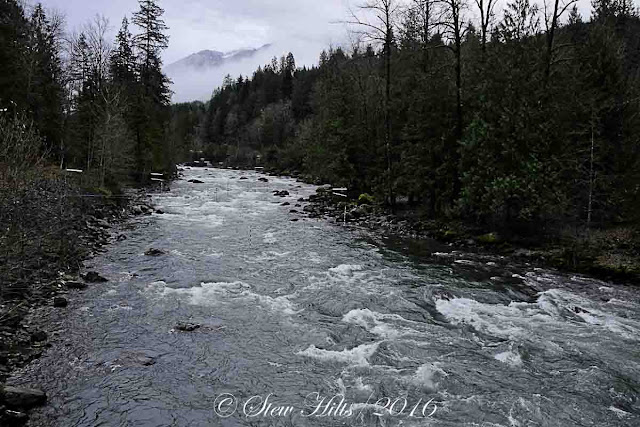 Both our daughter and son-in-law are white-water kayakers;  They were interested in driving a little further to check out these rapids on the Chilliwack River. 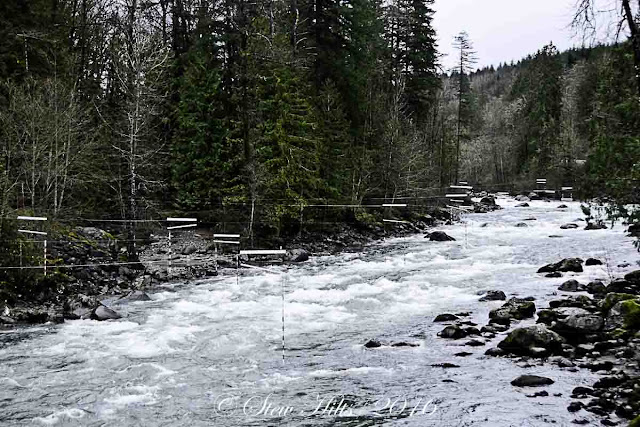 Take a closer look at all the kayak gates!  This is one of the training runs for Olympic and World Cup level kayakers, and it's open to all.  There's a nice park on the shoreline, and varying rapids downstream for different levels of ability.  I'm thinking they'll be trying this out come spring! 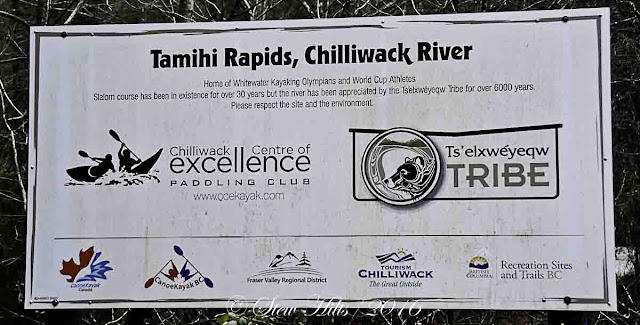 Look up Tamihi Rapids, and check out the videos of kayakers practicing here.  This is challenging kayak terrain!  Meanwhile, back here on the ranch, it was a cold raw winter day, with about 10" of the white stuff on the ground now.
Posted by The Furry Gnome at 7:42 PM