This year Canada celebrates the 150th (sesquicentennial) anniversary of Confederation.  But the name, and the country, are much older than that.  'Canada' itself is a native word meaning 'village', so if we look back in time, Canada as a home has been here since the ice left! 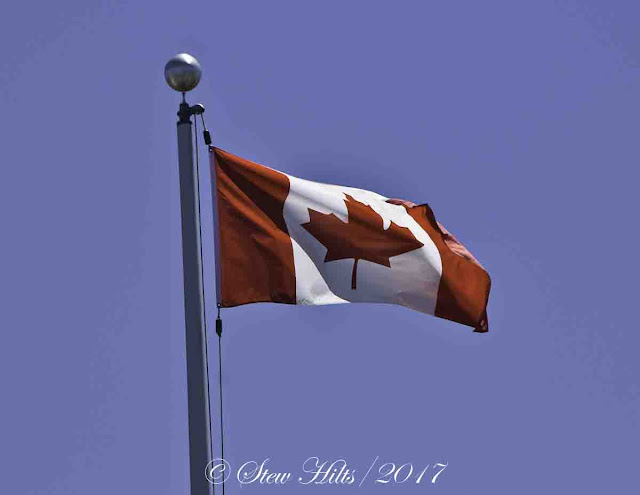 A lot of the public celebration has referred to Canada's "150th Birthday", which I find a bit misleading.  It's the 150th Anniversary of Confederation, but Upper and Lower Canada started officially in 1791 (226 Years ago), while Canada West and Canada East existed from 1841-1867. The original 'Canada' was a French colony established by Jacques Cartier in 1535, so that's 482 years ago. And that's to say nothing of the First Nations who were around for 10,000 years before that.  The native communities were helpful allies during initial settlement decades as the fur trade developed.  But I could go on for a long time about Canadian history! 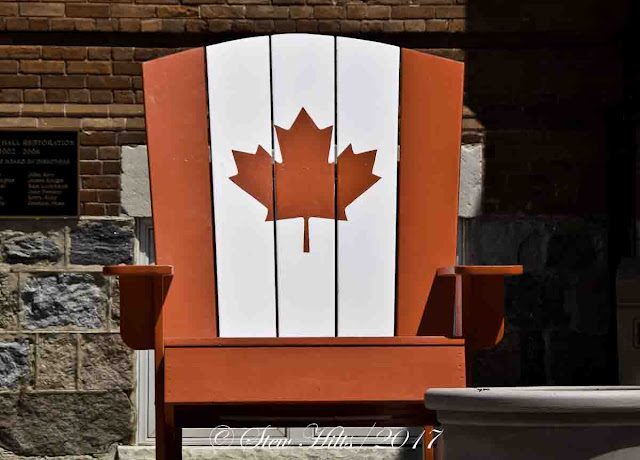 In the meantime I've been seeing Canada flags, and other things red and white, everywhere!  Here's the giant chair outside Meadford Town Hall. 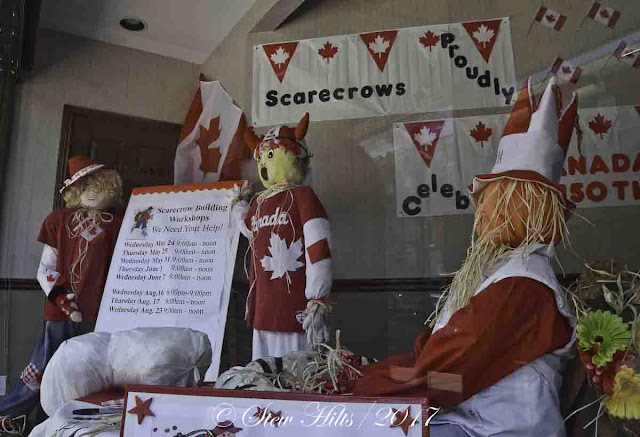 Meaford has a Scarecrow Festival in October, and as this display shows, it's going to be based on red and white scarecrows this year! 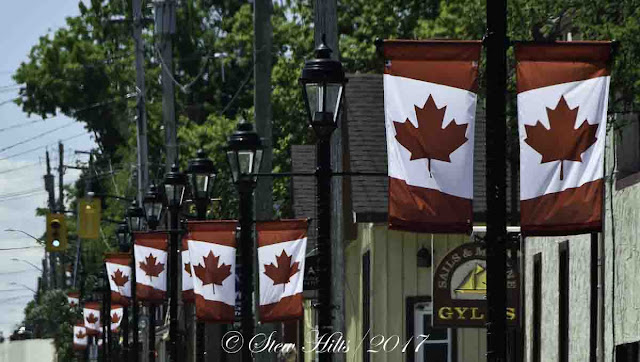 And I spotted this line of tiny flags in the town of Arthur when we were driving through. 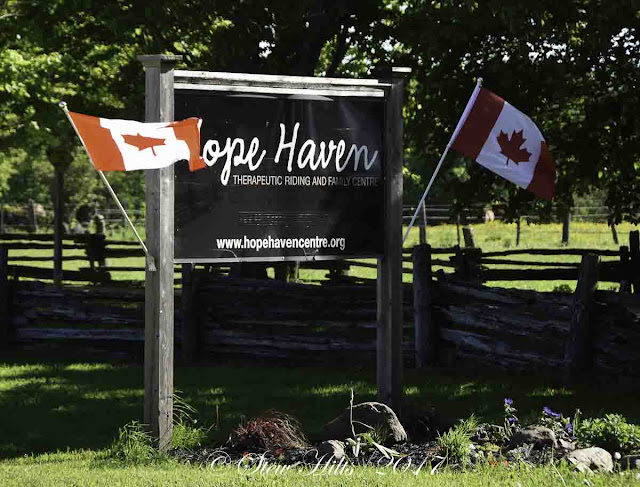 Here homes, businesses, farms and even cars feature Canadian flags.  Hope Haven is the therapeutic riding centre just around the corner from us. 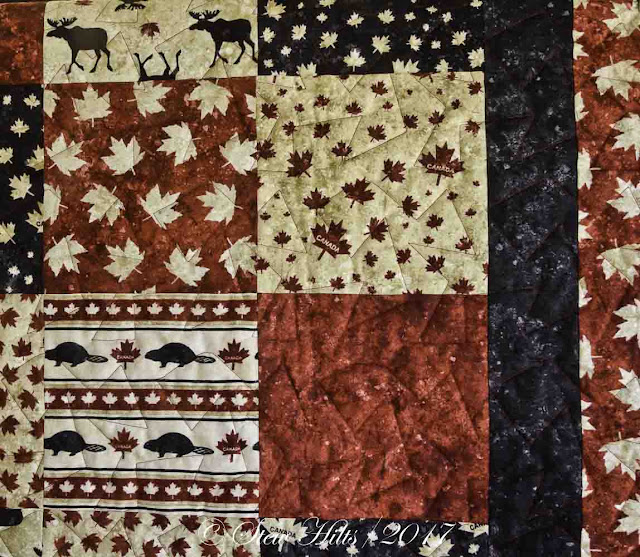 There's certainly a lot of commercial exploitation of the colours and symbols.  These are fabrics with a Canadian twist (note the Beaver and the Moose), in a small quilt. 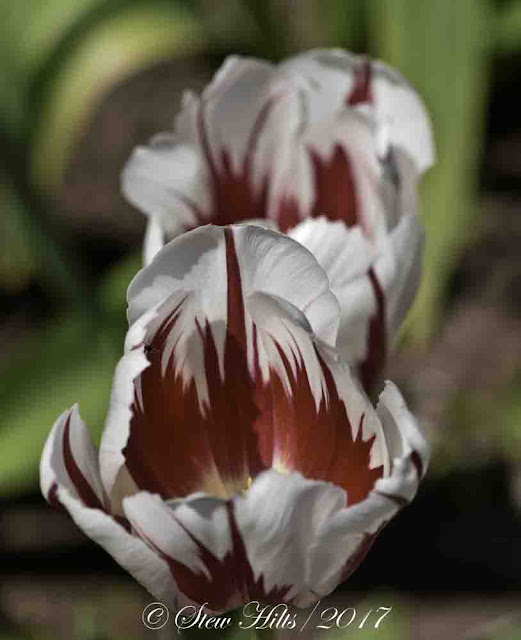 And of course there are those red and white Tulips that bloomed right here in the spring.

This is the biggest single Canadian flag I've seen recently, painted on a barn roof a few miles northwest of here. 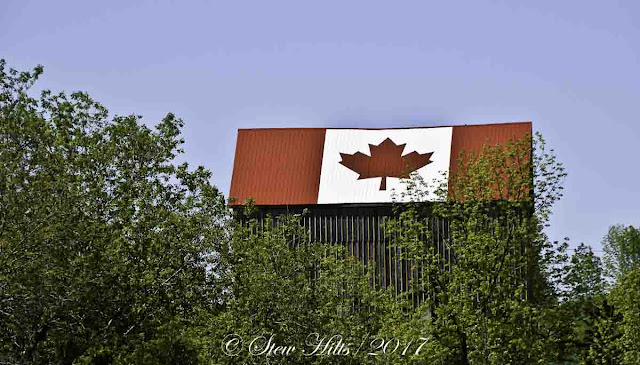