In the Garden Today

Finally, we have lots of interesting flowers coming into bloom in the garden.  There will be a lot more colour in another week or two, but here are some of our favourites out in bloom now. 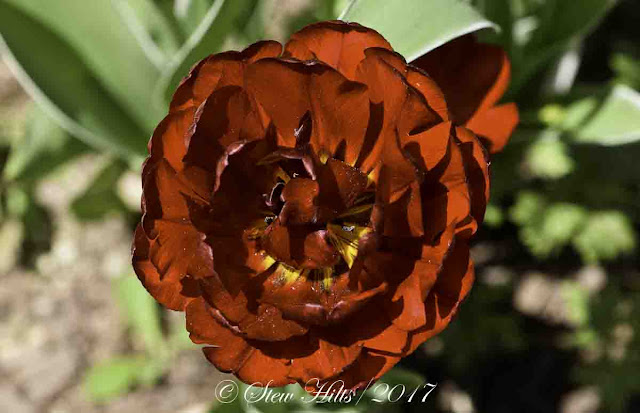 This is one of the brightest and most beautiful Tulips I've seen, even though it's a double.  Just stunning in the sun. 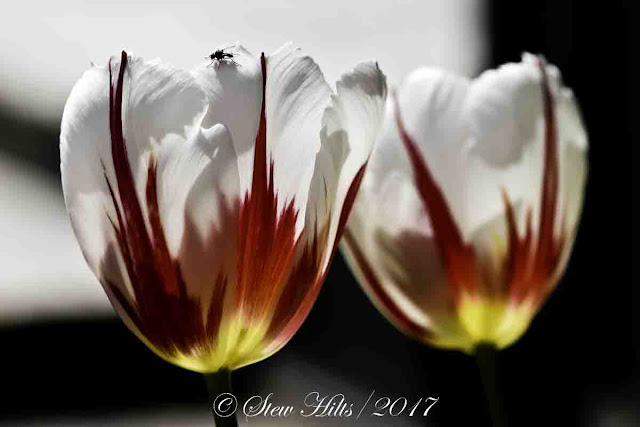 And this is the beautiful 'Canada 150 Tulip', especially bred for Canada's 150th sesquicentennial this year, a gift from The Netherlands.  The story of the Dutch royal family staying in Ottawa during World War II, and later giving a gift of 100,000 tulips to Canada is well known, and underlies this new red and white tulip, or the Maple Leaf Tulip.  Canadian troops also played a key role in liberating Holland at the end of WWII, and the relationship of the two countries has been strong ever since.  These tulips sold like hotcakes when they were first introduced last fall; we were only able to get a few. 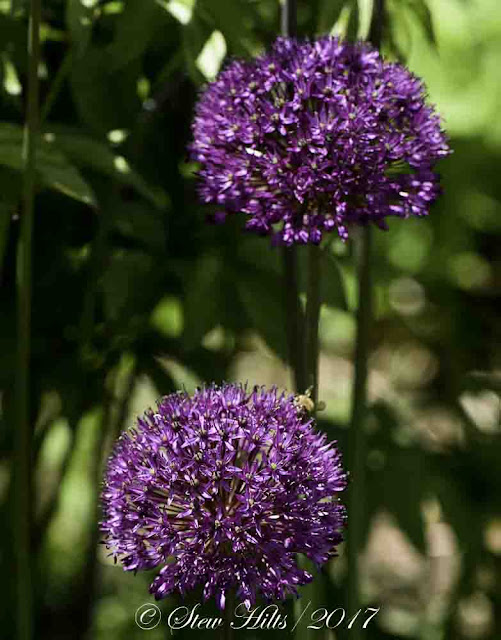 Also in the garden just now is our deep purple Allium in bloom.  One of my favourite flowers; I think it's the deep purple colour. 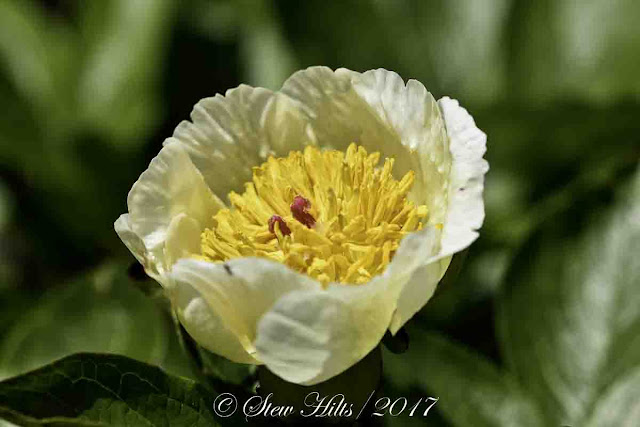 Our first Peony blossom opened up too.  We'll have lots of these, in both white and pink, shortly.  The bees love them (as long as they're not doubles, which look fancy but don't help the pollinators). 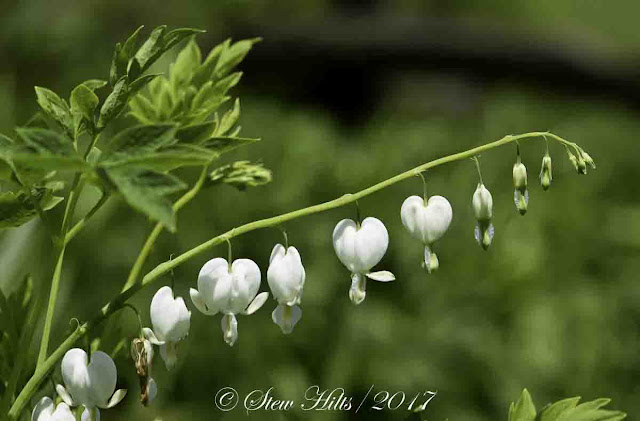 We have a single plant of white Bleeding Hearts, which is just at its best right now. 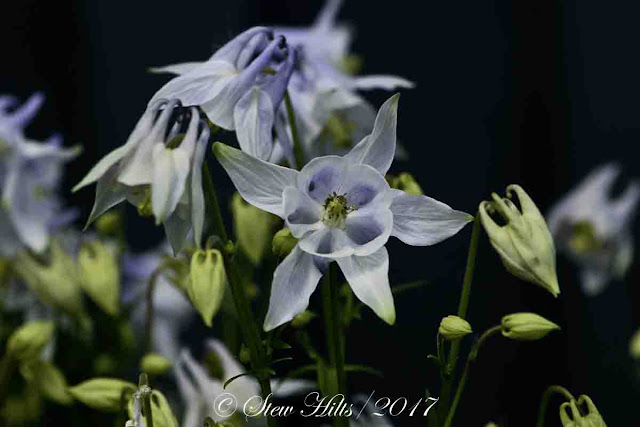 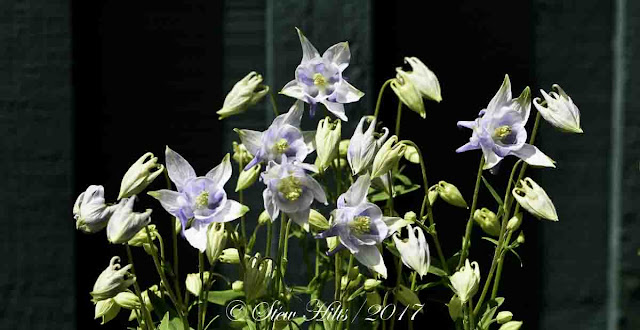 And we have several varieties of Columbine, these ones a pale blue.  They really standout against the green of our house. 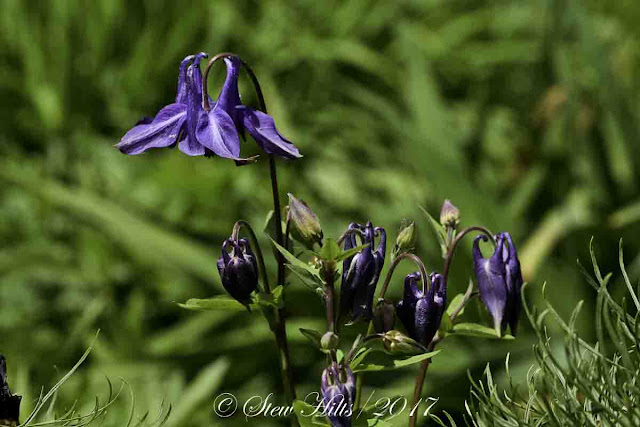 Though I like this deep blue one out in the garden better. 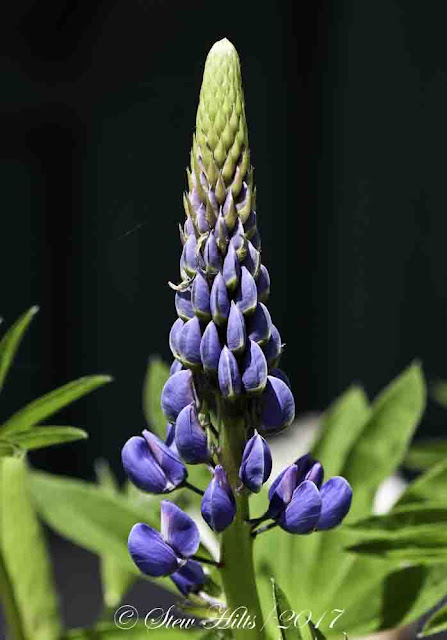 The Lupines will be in flower shortly, but I love the pattern the blooms make at this pre-flowering stage. 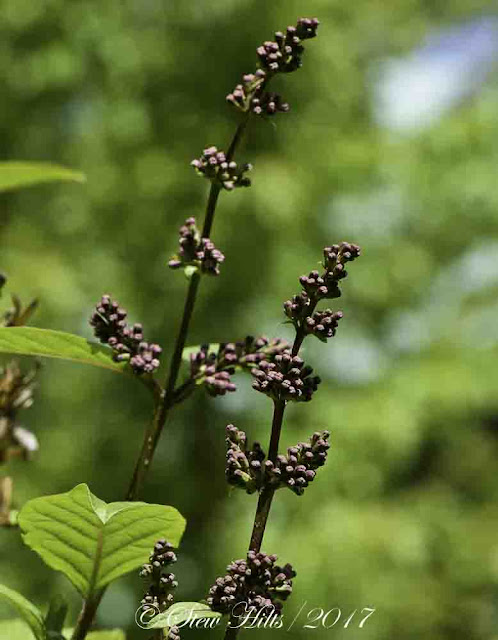 I've seen dozens of pictures of Lilacs, and thousands around the countryside here in full bloom.  I've concluded that ours are a very late variety!

A very beautiful sunny day in June here, about as good as it gets (any warmer would be too hot), and I worked so hard in the garden yesterday that I took today off and went galivanting.