The main harbour in Tobermory is known as the Little Tub Harbour, and during the summer it is full of boats, surrounded by stores, and swarming with tourists.  On the north side is the ferry dock.  So it's a busy place at times, especially during July and August.  But we were there on Monday evening in mid-June, and it was relatively quiet. 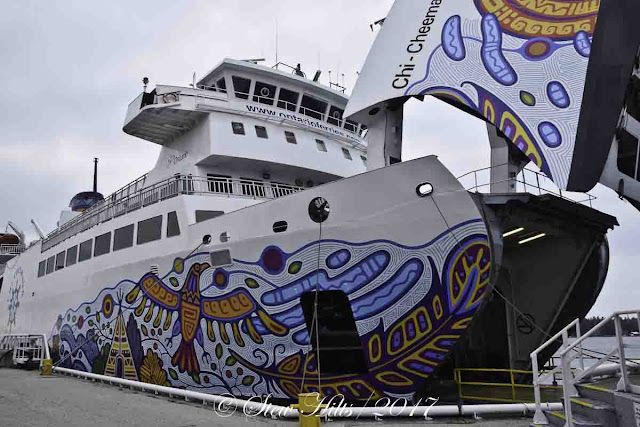 What we knew we wanted to see was the new large design on the Chi-Cheemaun ('Big Canoe').  This has been installed as part of a major renovation and marketing program for the ship.  It's a huge decal, and is applied like wallpaper. 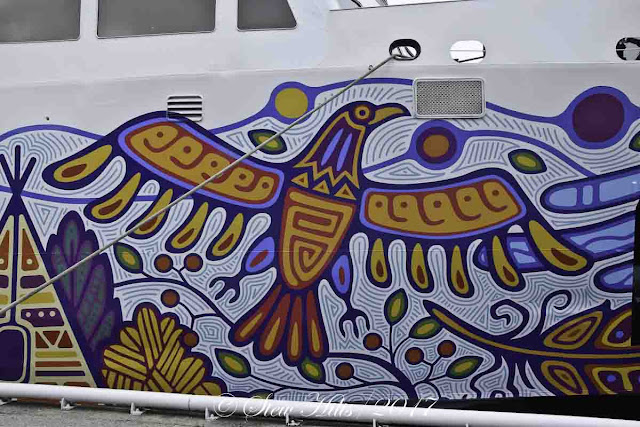 The design is in the 'Woodland' style of native art, a style developed by native artists on Manitoulin Island.  It features bright colours, with typical dark outlines, and native symbols. 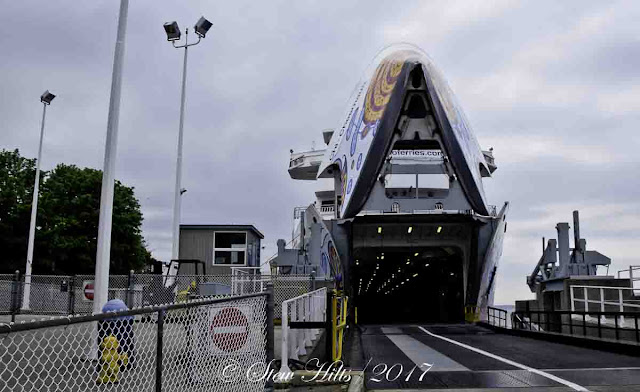 The Chi-Cheemaun is a front and rear loading ferry, and can carry 140 vehicles, including full size transports.  As I mentioned yesterday, we have ridden it many times.  Ferries appeal to us.

The rest of the harbour contains much smaller boats.  On the opposite (south) side, the old fishing boats are usually found, often now working as dive boats.  Recreational diving is very popular here due to the clear water and all the shipwrecks.  This is the sort of boat I road on when I originally visited Flowerpot Island 50 years ago, taken there by an old fishing captain. Cap'n Smith.


In another week or two the rest of the harbour will be crowded with yachts and sailboats.  Every year recently they have been extending the docks to meet demand. 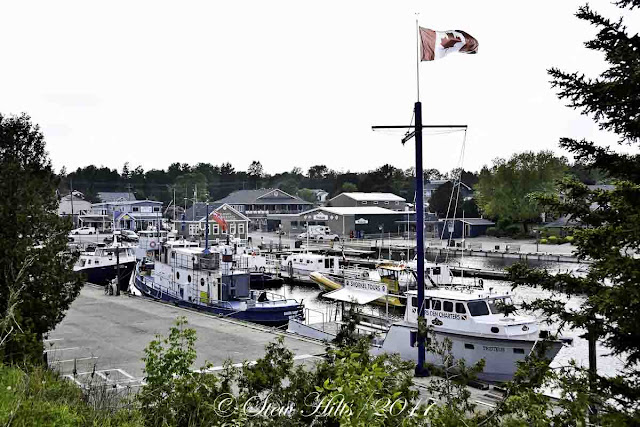 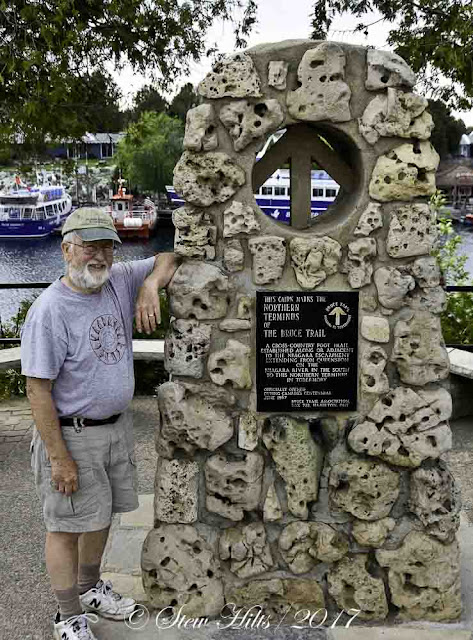 And here's a rare pic of the Furry Gnome, beside the Bruce Trail Cairn, originally unveiled in 1967.
The 50th Anniversary of the trail was celebrated here last Saturday.  I believe I was here in 1967 originally, and if I could ever find the picture, I could celebrate my own 50th Anniversary on the trail! 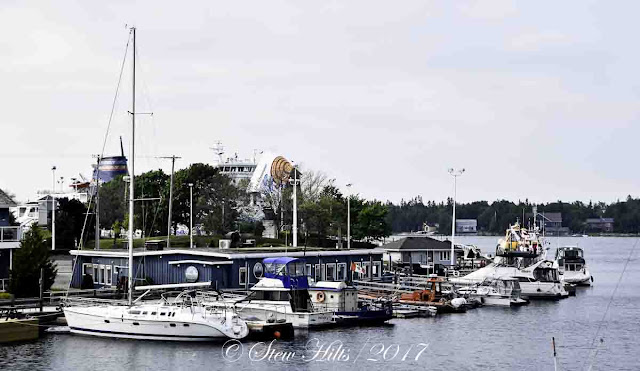 Looking across the harbour from the cairn are more docks of sailboats and tour boats, with the Chi-Cheemaun in the background. 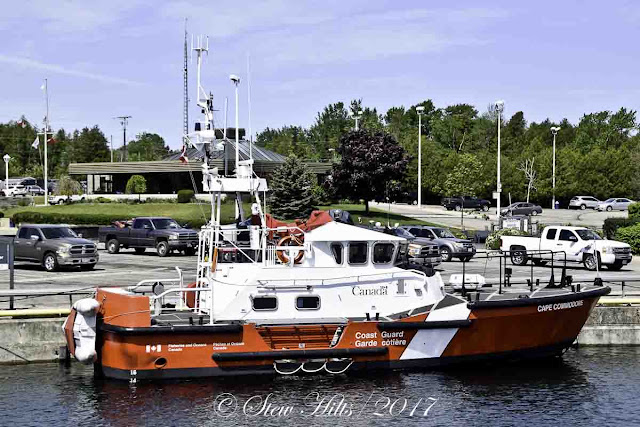 And just around the corner another of those Canada Coast Guard self-righting ships that patrol the Great Lakes.  This one is the Cape Commodore.  I think I've now seen three of these ships this spring. 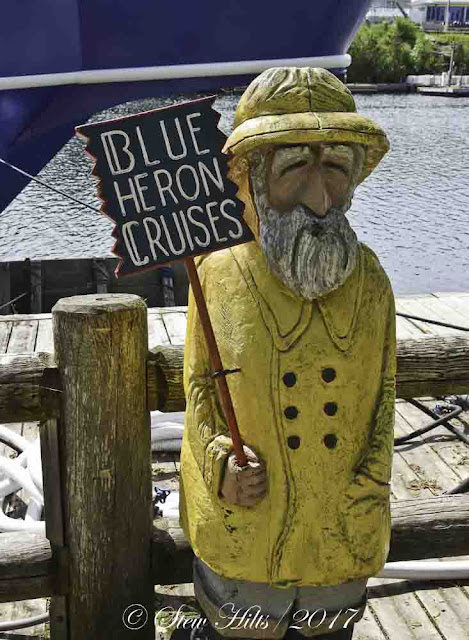 We stopped by the Blue Heron Cruises to ask about a cruise for the next day and were pleased to learn it wasn't busy.  On the other hand, after reading several places about visiting off-season to avoid the crowds, we discovered the evening Sunset Cruises weren't offered yet, because it was the off-season!  Bit of a vicious circle there! 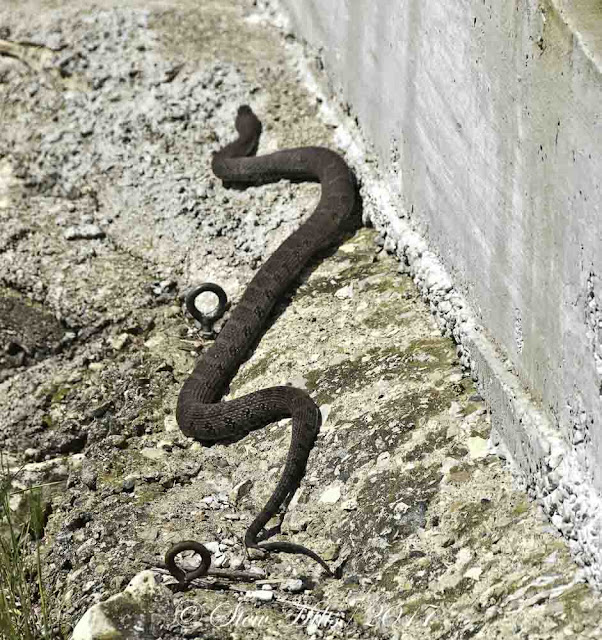 Someplace under the docks this big Water Snake was hiding.  It the morning it slipped out briefly as we were waiting to board our ship.  Not a snake I would want to handle.  Not poisonous, but it could give a nasty nip.  Tomorrow - shipwrecks!