We stopped for lunch on our way home at the waterfront in Wiarton, home of Wiarton Willie.  The bay was blue, and the gulls were screaming. 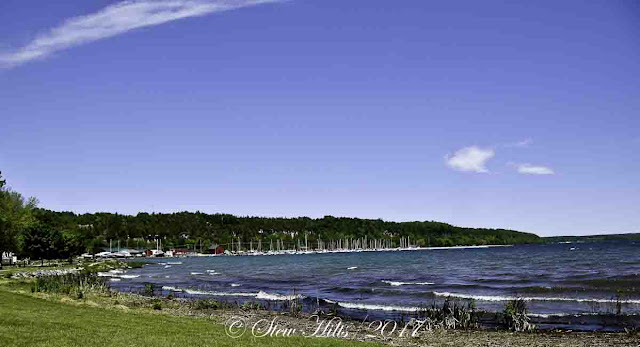 This is Colpoys Bay, the southernmost bay on the east side of the Bruce Peninsula.  The marina is on the far side, but the centre of the waterfront is a public park. 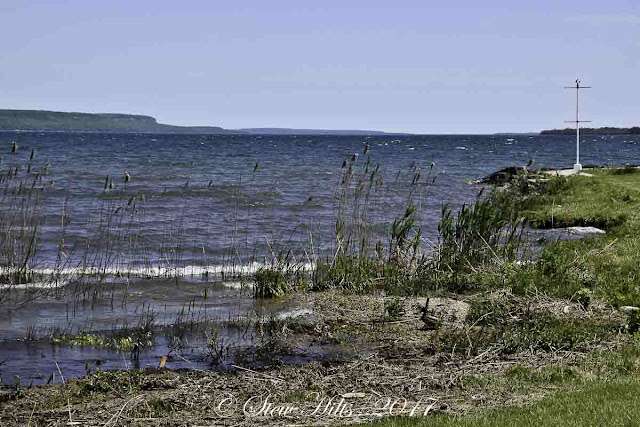 We could look out a long distance past Malcolm Bluff on the left to Hay Island in the distant centre. 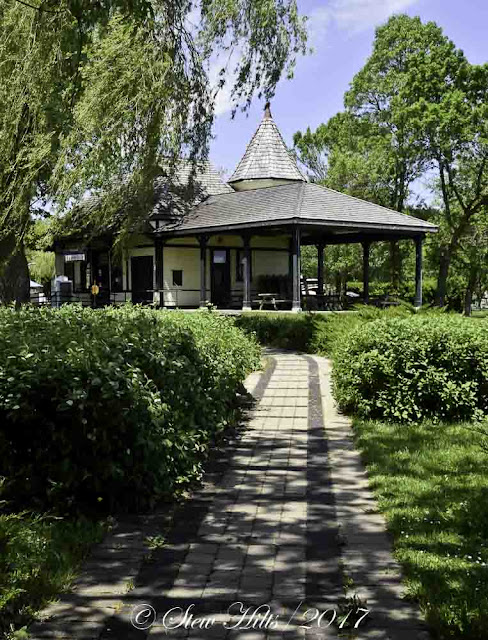 The old railway station in Wiarton was rescued and moved to this location some years after train service ended in 1958.  Now it's operated as the office for the adjoining campground, a tourist info centre, and a small museum.  I liked the sidewalk, which I presume was made to suggest railway tracks leading to the station. 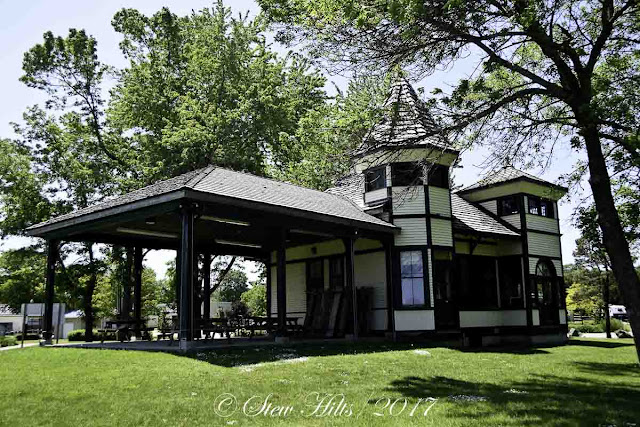 The station itself was built in 1904, but the picnic shelter on the left was added only recently. 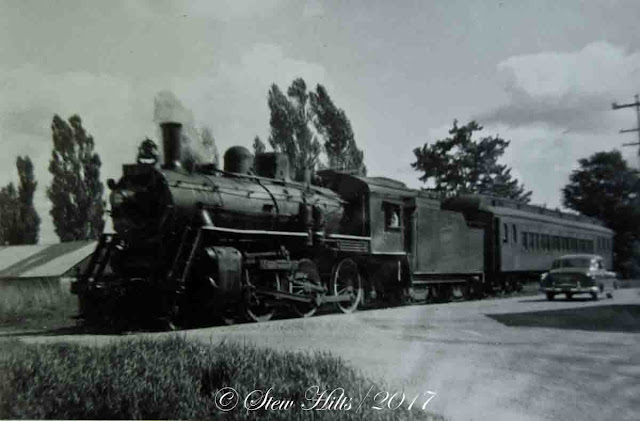 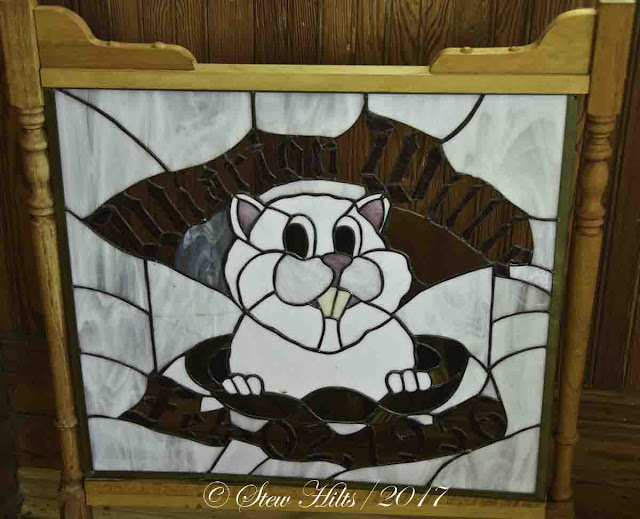 The museum did have a few momentoes of the railway age, including this picture of a locomotive.  I'm fascinated with that time in rural Ontario's history, because the age of rail was so significant and pervasive when it arrived, but it has died out almost completely.  They even had a stained glass window of Willie. 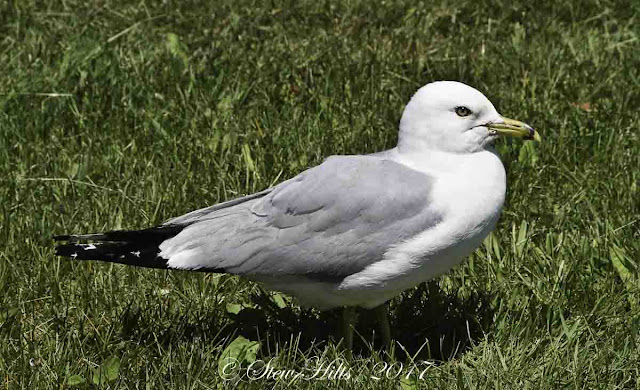 As for the seagulls, they were more than annoying!  These are properly called Ring-billed Gulls - there is actually no such species as 'seagull', but we tend to label all the gulls that way. 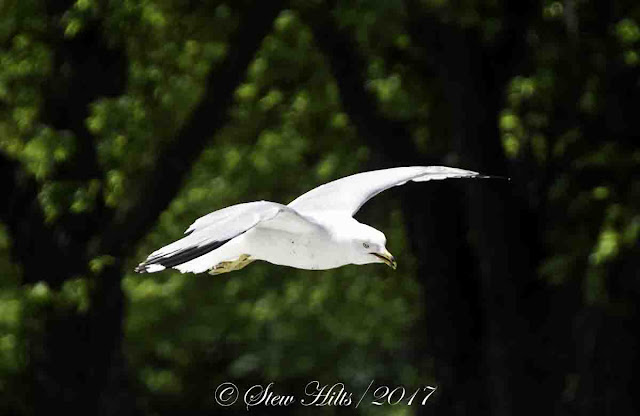 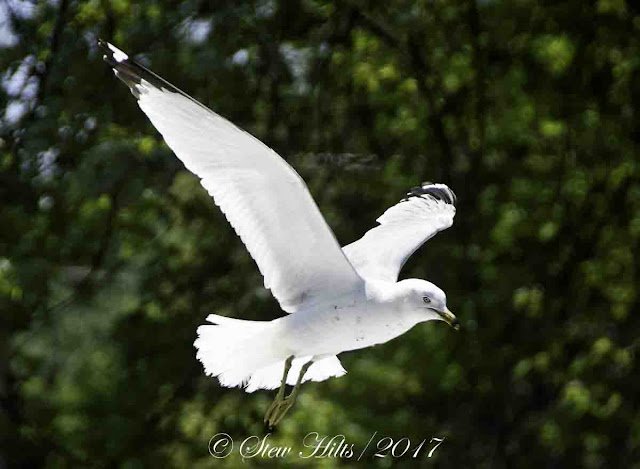 These gulls had obviously learned about picnics and available food scraps.  But they weren't content to pick up the scraps - they wanted right in on their share of the food!  I made the mistake of taking my plate out of the van to sit at a picnic table for lunch.  Six gulls were there in seconds, dropping out of the air to only a foot or two away.  When one attacked my head I had had enough, and headed back to the van! 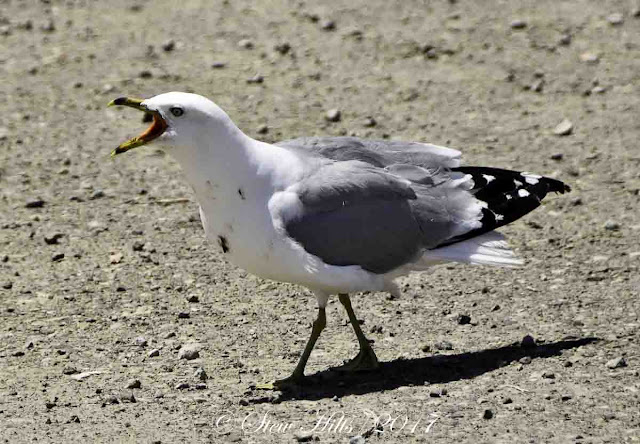 I'm afraid picnics at this location have been destroyed by these overly aggressive gulls, but as long as you have no food, you can walk around and be totally ignored!

Thus ended our little expedition up the Bruce Peninsula to Tobermory and Flowerpot Island.  Hope you enjoyed it.
Posted by The Furry Gnome at 8:14 PM