You may find this post a little boring, but I have been fascinated by the complex of islands off Tobermory since I first visited in 1964.  Besides the clear waters, shipwrecks, shoals and 'wild' atmosphere, the islands themselves have always been there, beckoning.  Unbekownst to us, this boat cruise to Flowerpot followed a route through several of the other islands. 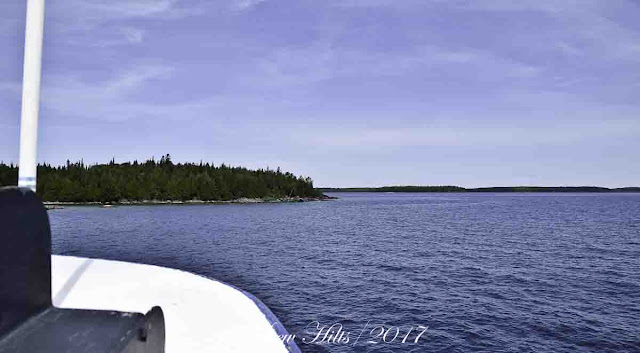 On all my previous trips to Flowerpot we headed right out of the Little Tub Harbour and off to the island, but this time we headed to port, out past Doctor and Russell Islands.

Off to the right you could see the usual straight route to Flowerpot (on the left), as well as the tiny Middle Island, the mainland on the right, and Bear's Rump Island on the horizon.

We headed northwest to the channel between South Otter, North Otter, and Cove Islands, areas I have never seen closely before.  This is the Otter Island Channel; on the left is Northeast Point of Cove Island.

As we came out of the channel you could look further to the northwest to see the tall Cove Island Lighthouse.  We`ve passed it closely while on the ferry. 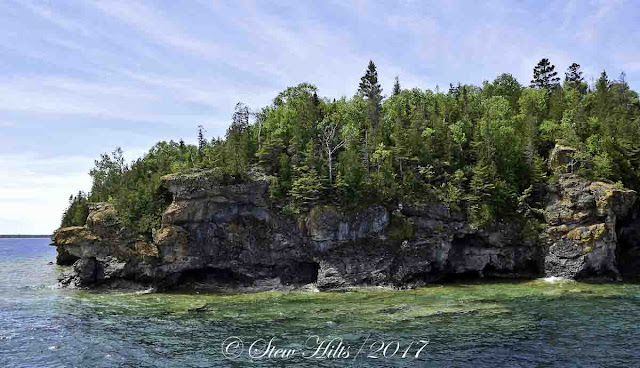 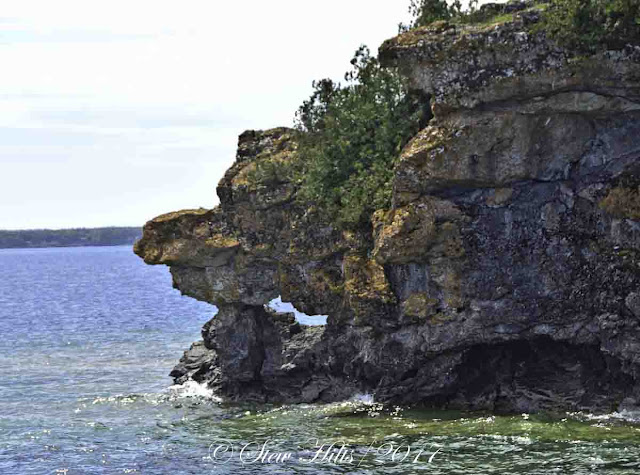 The rocky limestone shoreline and the beautiful colours of the water were stunning.  This is the `Hole in the Wall`on North Otter Island. 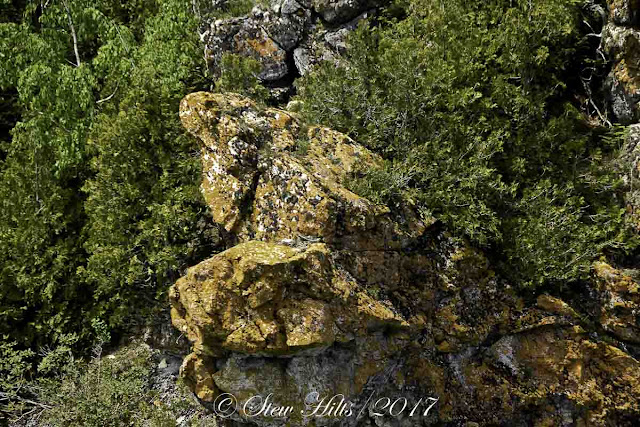 Many of the exposed limestone rocks here are covered in a bright orange lichen. 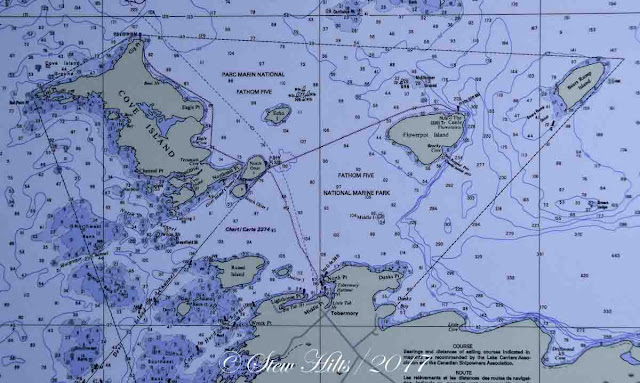 You might be able to follow our route on this chart, turning left out of Tobermory, past the islands over to the easterly point of the larger Cove Island where South and North Otter Islands sit, and then following that purple line straight over to Flowerpot Island. 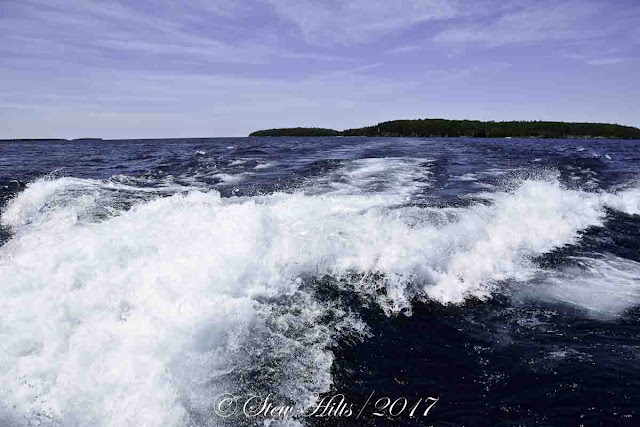 The Captain turned on the speed, and we crossed the main channel quickly.

Looking past Middle Island you could see Cabot Head in the far distance, nearly 30 km. away. 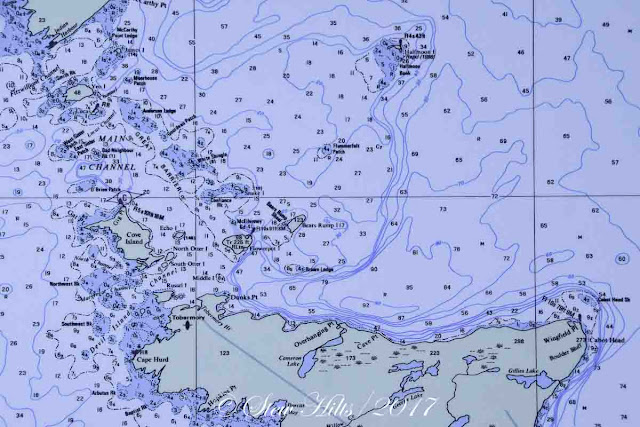 On this smaller scale chart you can see the distance to Cabot Head all the way across the north end of the Bruce Peninsula, almost straight east of Tobermory.  You can also see the tiny crescent of Half Moon Island out toward the middle of Georgian Bay, which I once visited with my mother in the 1960`s to check out its only inhabitants, the birds.  Just a sliver of limestone 2 or 3 feet above the water. 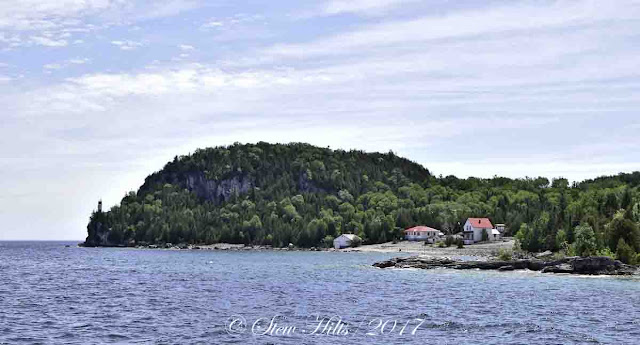 Shortly, we were round the northwest corner of Flowerpot Island, and could see both Lighthouse Cover and the (annoyingly modern) lighthouse itself, on the far left.  Tomorrow - the Flowerpots.