Kilsyth is a small village southwest of Owen Sound, where my grandparents lived, and where my parents met.  And where I spent a bit of time as a child, and my wife and I lived for one summer early in our marriage.  They were advertising a 'Canada 150th' celebration, so my son and I went over to see what was going on. 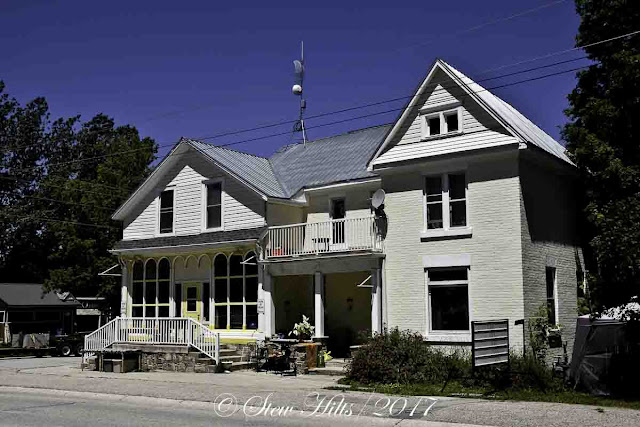 The heart of the village as I knew it was always the general store, which my grandfather took over in 1917 I believe, and ran for about 30 years.  My father, his sister and brother, lived in the attached house, and I have pictures of my elderly Aunt at a gas pump out front. 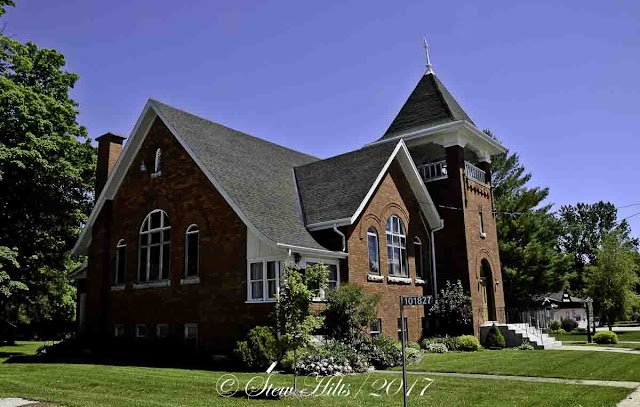 But the store is a private residence now, so we parked at the church, and walked around pointing out for my son all the old homes that our family had a connection to. 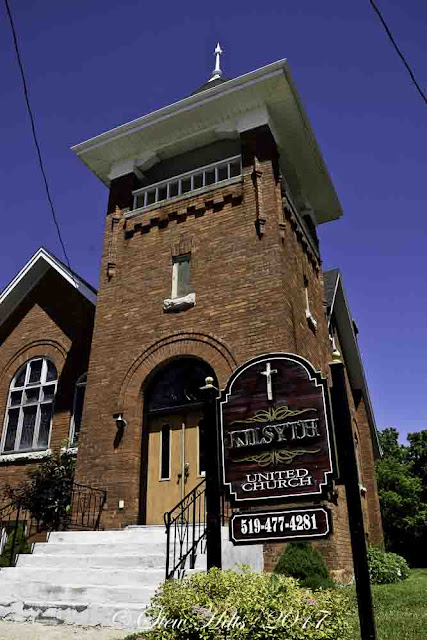 My maternal grandfather was the preacher here, his final church, I think in the 1930's.  My mother was still at home, in her twenties, and that's how my parents met.  By that time my father was back at home, and teaching in the one-room schoolhouse up the road. 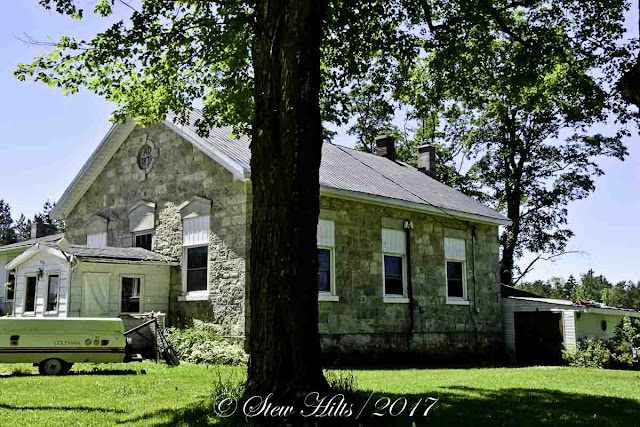 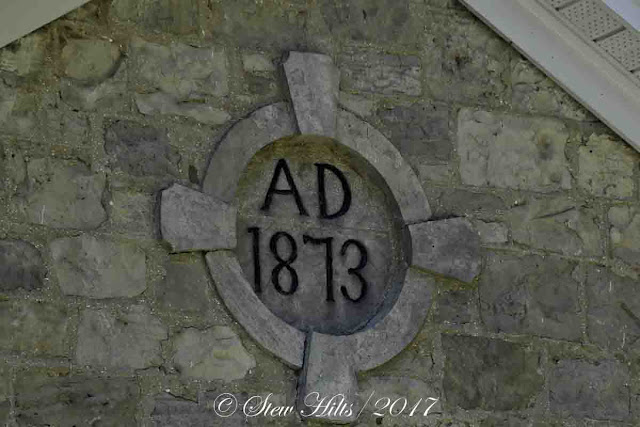 The old schoolhouse is a residence now, but my father used to tell stories of teaching 8 grades here, preparing hot meals for lunch, keeping the wood stove going, and of course 'walking to school uphill through the blowing snow both directions'! 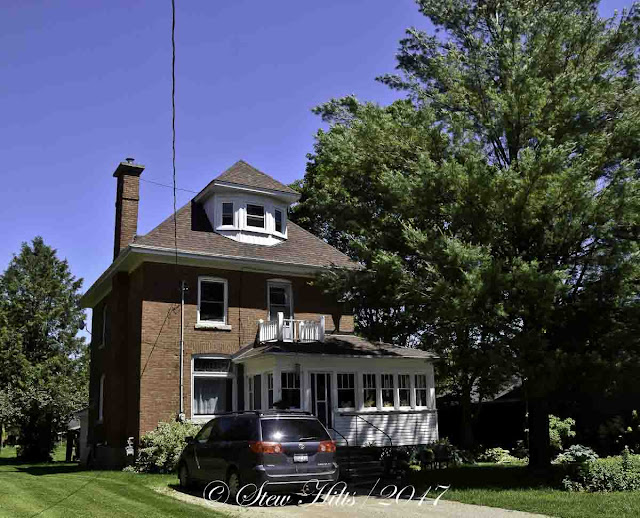 The manse next to the church was where my mother and her parents lived.  It's now another private residence. 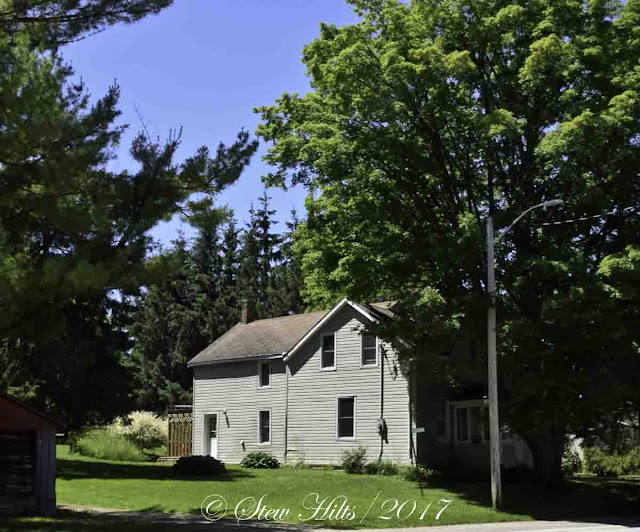 Down the street is the home of one elderly Aunt.  There were four sisters, and when I knew them, they all lived in the village, including my grandmother. 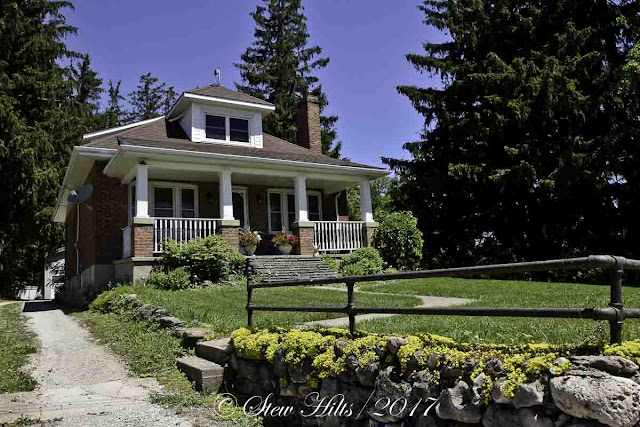 Another Aunt lived in this house.  One year when I came up from London once a week to teach a night course, I stayed in this house every weekend.  My Aunt was long gone, but her daughter, my second cousin, was here on weekends.

The old stone wall out front is just as I remember it. 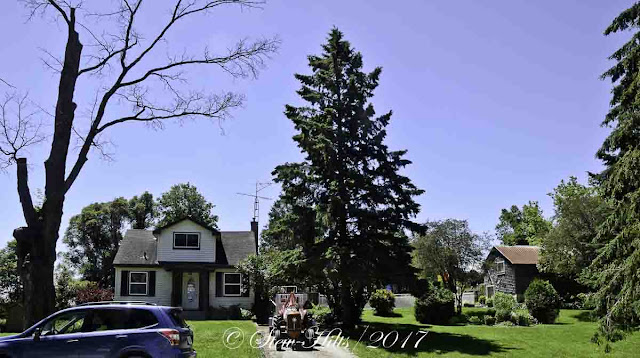 And this finally, is my grandparents home.  They had retired from the general store by the time I was born, so this was the house I was brought to as a child.  And then my wife and I lived here for one glorious summer after the last living Aunt died, while the house was put up for sale. 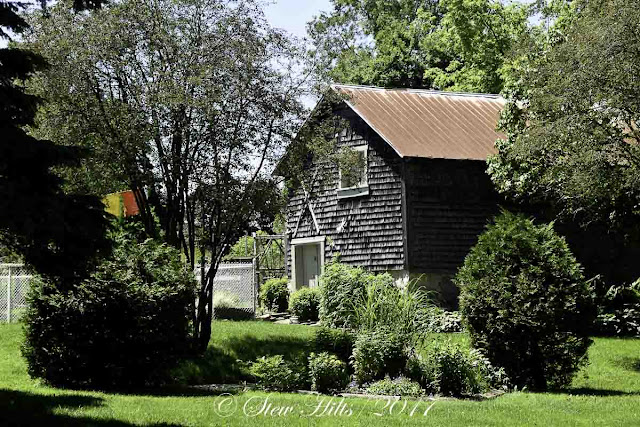 Me memories are of the chickens in this barn, gathering eggs with my Aunt, and picking raspberries in the big garden (which is now all gone).  We boldly walked in the driveway and introduced ourselves, and had a good visit. 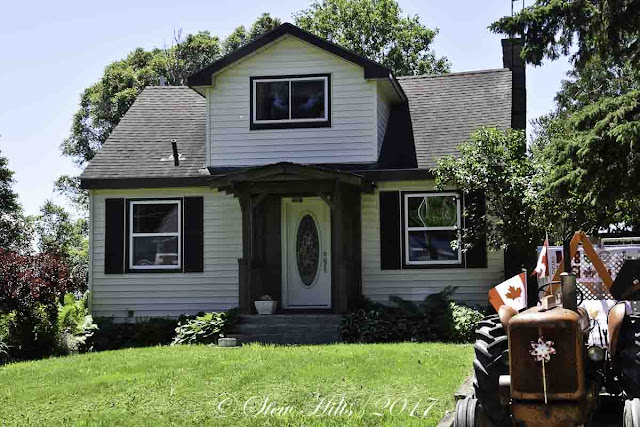 The house was an Eaton's Catalogue house I believe, and the new owners have fixed it up nicely.  I think they've added that upstairs dormer.  My wife and I had a truly idyllic summer here in 1975, while I was preparing to talk up my first teaching job in London. 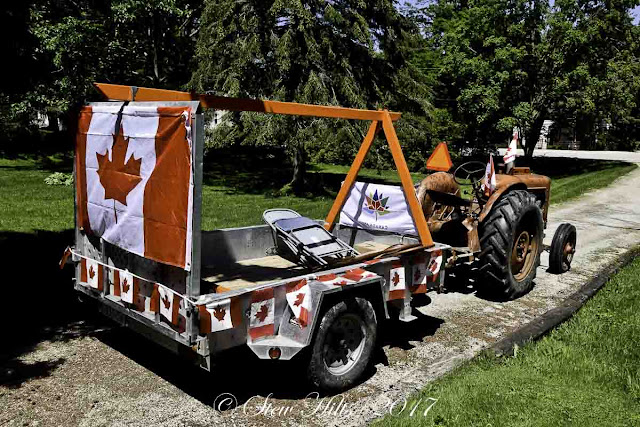 They were getting ready for the celebration parade, so we said good-bye.  We couldn't stay for the parade, as my son was here to do the final walk-through of the house they've purchased an hour west of us.

And today, a week later, they have moved, from Cobalt in northern Ontario, 6 hours away, to a a big old but new-to-them house only an hour and a bit away.  They moved north so our daughter-in-law could go to Northern College to become a Vet Tech.  Having succeeded at that, she starts her new job on Tuesday!  We're so glad to have them living a little closer!