We headed out for a Sunday afternoon drive a couple of weeks ago, trying out our new GPS for the car, and learning a bit about its foibles!  Not entirely intuitive, but we did have a nice drive. 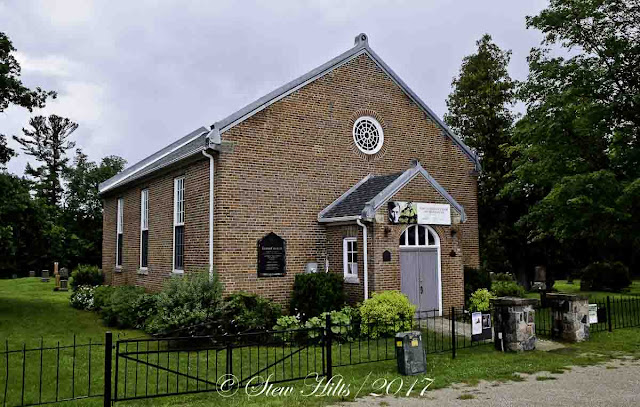 Our first stop was the little church at Leith, up on Georgian Bay near Owen Sound.  Now it's used for summer concerts, but it's very well maintained.  Do you remember why pilgrims stop here? 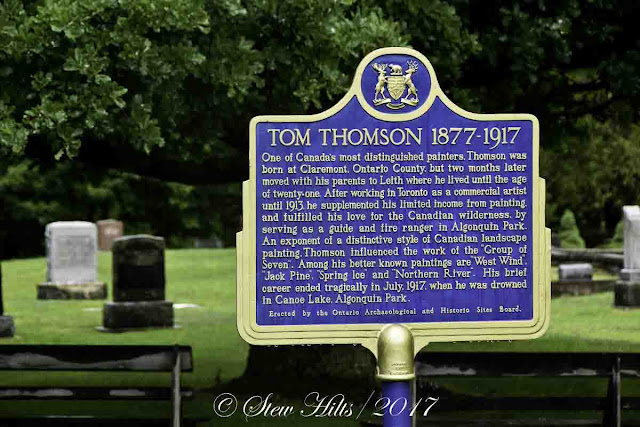 Tom Thomson's grave is here, the light coloured one on the left.  Thomson was perhaps Canada's greatest painter, at least the best known.  Google Tom Thomson and see some of his famous art. Tragically, Thomson drowned in Algonquin Park at the age of only 39, in somewhat mysterious circumstances, a source of controversy ever since.  Several books have been written about the mystery.  Regardless of that, many of his famous paintings are Canadian artistic icons. 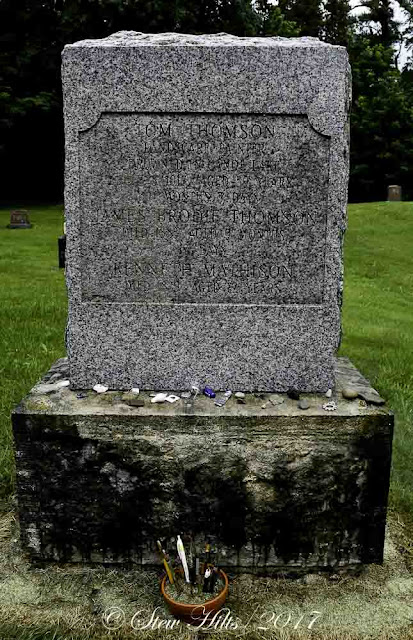 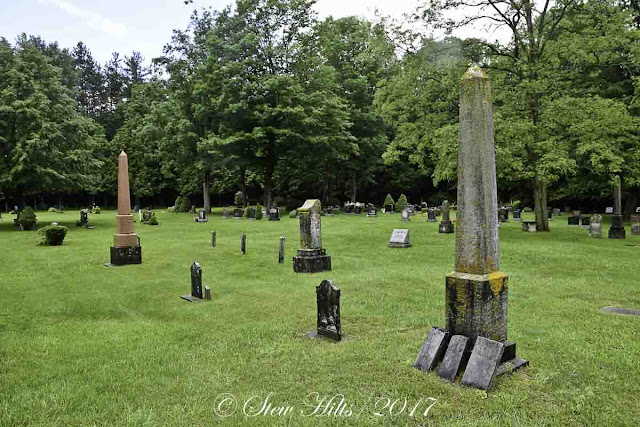 On looking around I'm reminded that this graveyard is not just for him.  Many families must come here; some graves are recently decorated.  It's a beautiful, peaceful spot. 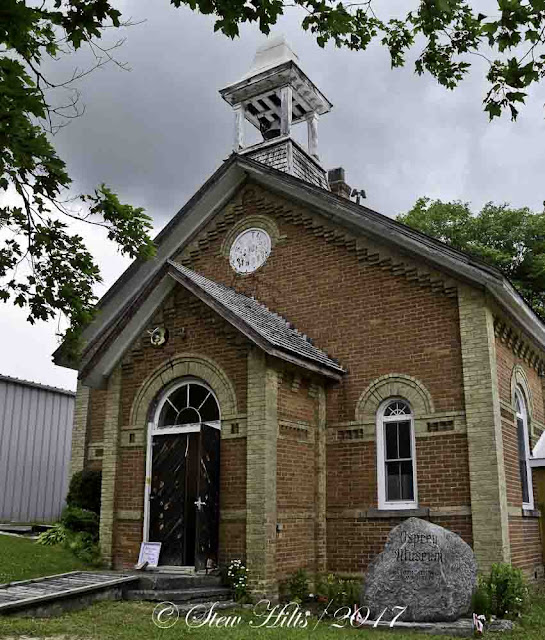 Quite a while later on our drive, we came to the tiny hamlet of Rob Roy (talk about Scottish connections today!).  There the Osprey Township Museum is in this old one-room schoolhouse. 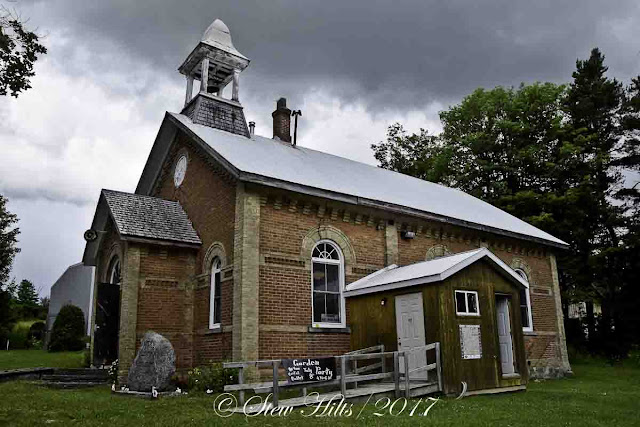 I'd heard that this was interesting to visit, entirely maintained by volunteers, and only open on summer weekends.   The architecture is typical of many old one-room brick schoolhouses. 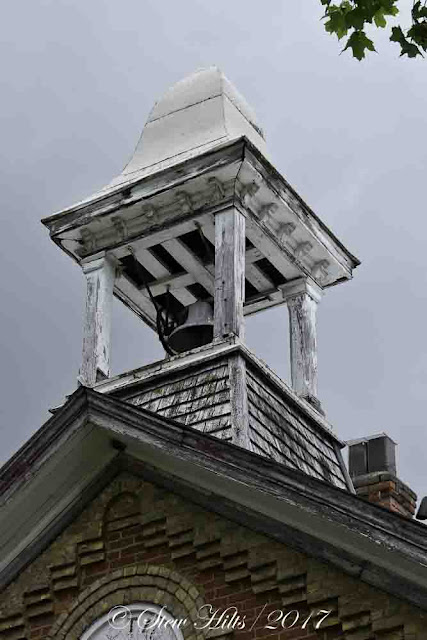 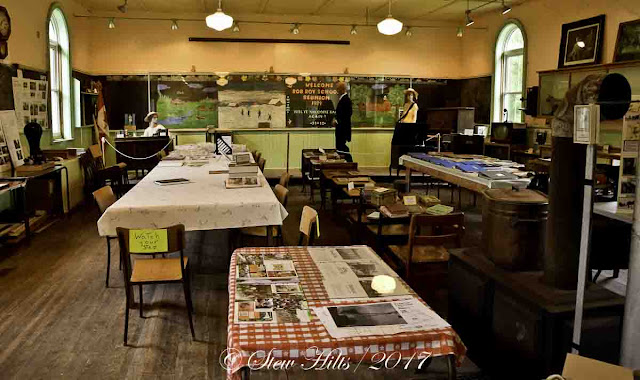 The inside is fascinating, set up mostly as an one-room schoolhouse would have been though they recently had an event here, so have tables set up in the centre instead of the old desks.  Manikins play the role of teaches, but I'm not sure why there were three of them.  My dad taught in a one-room schoolhouse like this about 80-90 years ago, so it brought back lots of memories of the stories he had told.

Meanwhile, we're enjoying a run of sunny days here; farmers are out haying as fast as they can go.  Our new house is coming along quickly now, the interior is being painted at the moment.