Our Garden is More than Day Lilies!

Although day lilies are the current colourful highlight of our garden, we do have lots of other interesting flowers - too many in fact, it's a desperate struggle to keep up with it!  They're all perennials; we don't plant any annuals (except veggies), because we have too much to do coping with the perennials. 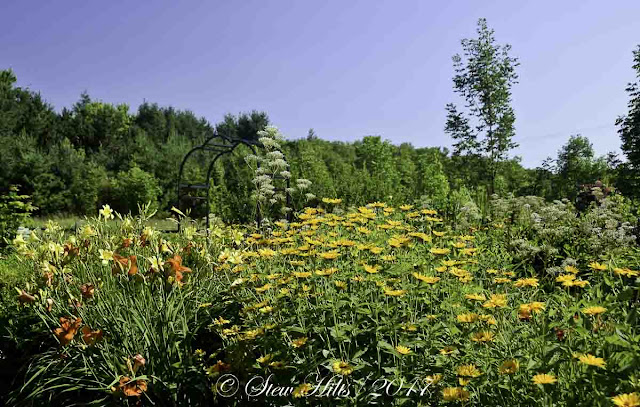 The dominant flowers at the moment, along with the day lilies, are the False Sunflowers.  They tend to spread, and we have left them to bloom, so they form big patches of bright yellow. 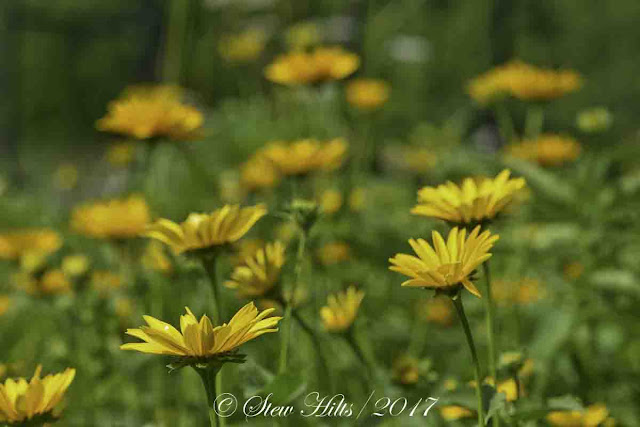 Trying to capture the impression of them with a narrow depth of field. 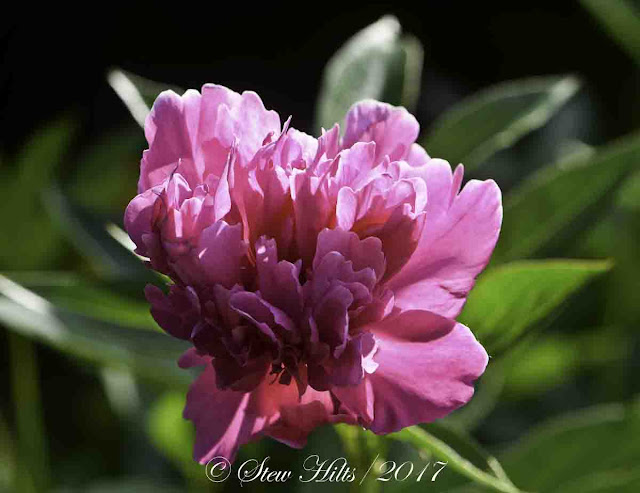 The white peonies were over fairly quickly, but the pink ones seem to last a lot longer. 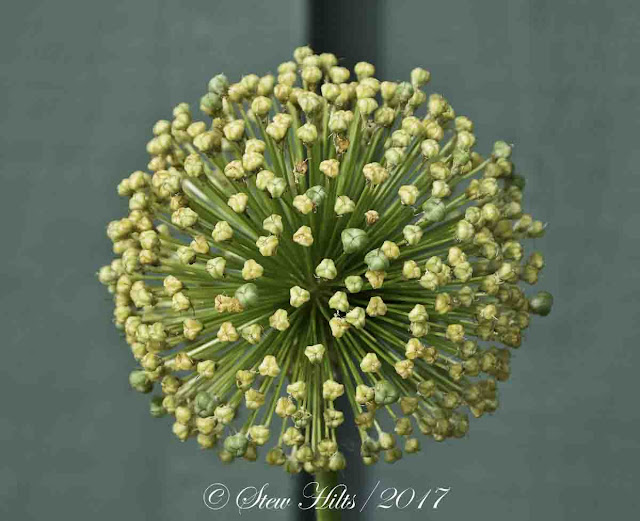 The allium are still standing straight and tall.  These ones were white alliums, against the house. 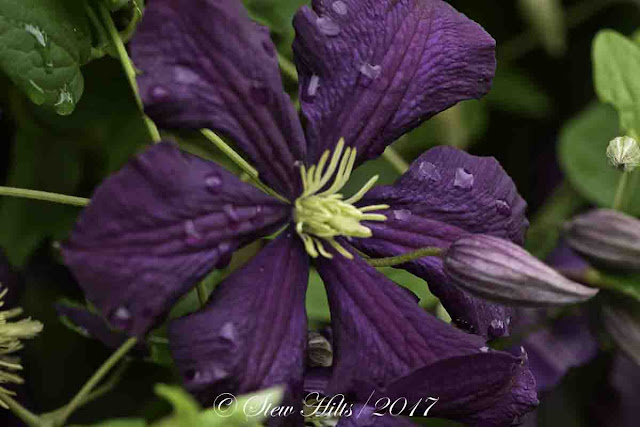 We have several clematis, including this deep purple one that's out in full bloom now. 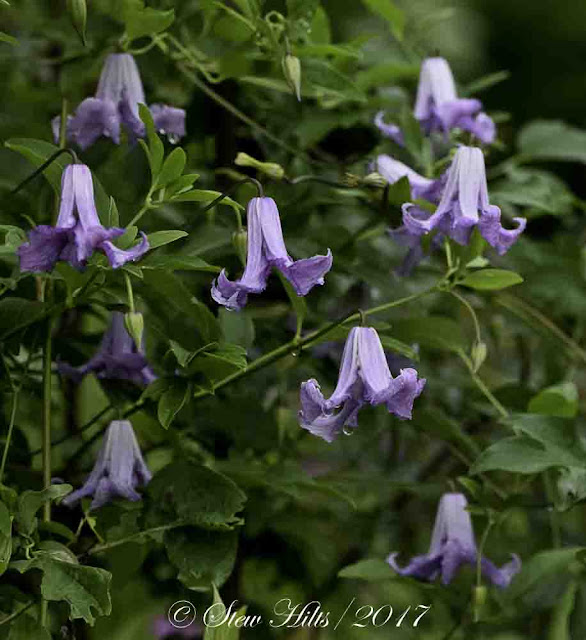 But I like this light blue bell-like one, all dangling down from the vines. 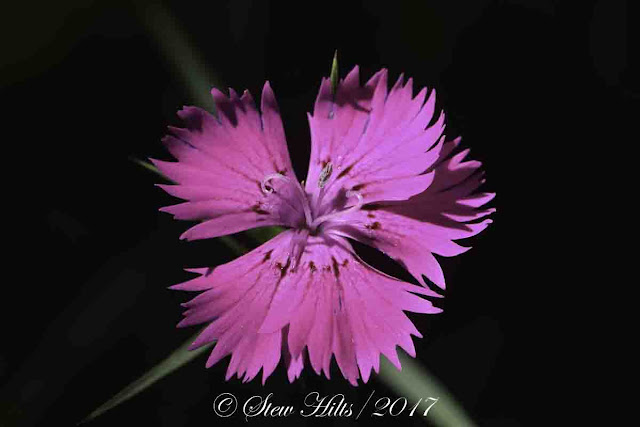 They're a few tiny pinks over in the scree garden. 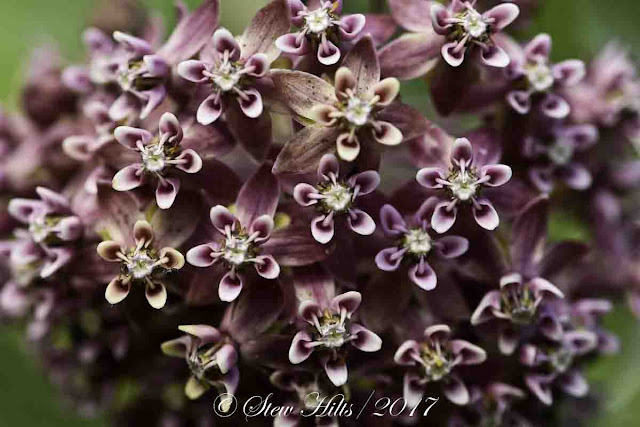 A few milkweeds crept into the garden a year or two ago, and we've let them bloom for the Monarchs. 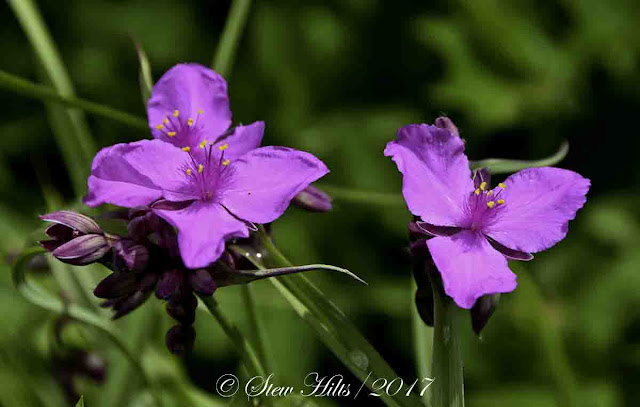 I love the deep pink colour of these tradescantia or spiderwort. 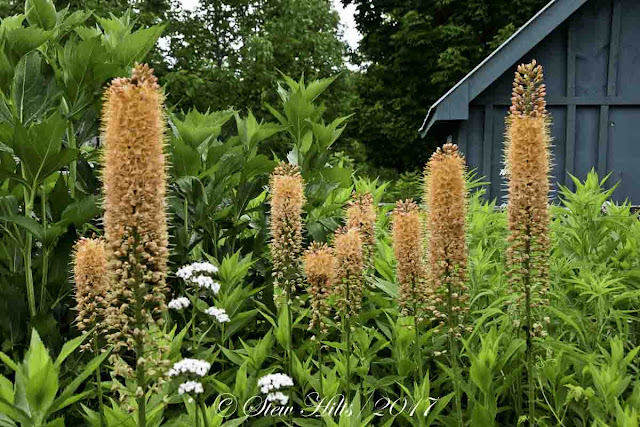 The foxtail lilies have been blooming for about three weeks.  Nearly 6 feet tall, the blooms unfold from the bottom up to the top over those three weeks. 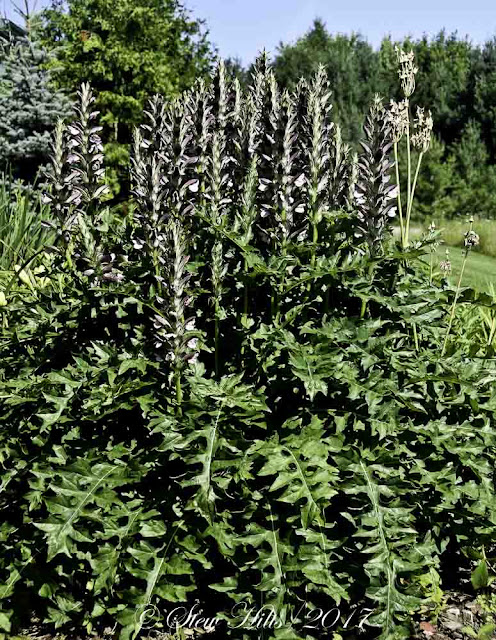 An unusual plant, a very large bear's breeches, with sharp spines like a thistle. 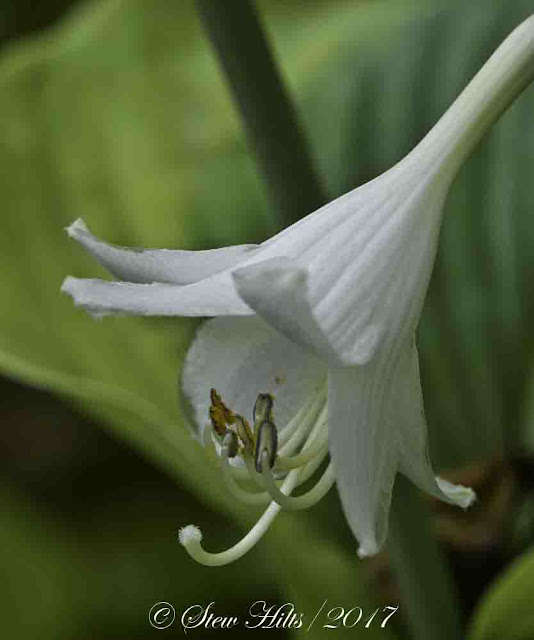 And the biggest by numbers are the hostas; we have dozens and dozens.  They're all coming into bloom in these weeks, and every now and then we're allowed a brief look at the flowers before the deer come by to eat their salad!  We're digging up a few to take with us to the new house.