Out late on a local garden tour tonight, so here are some quick pictures from Georgian Bay the other day.  We stopped by on the weekend, to drop off more books at the Net Shed, a book donation/purchase operation run by volunteer friends of the Meaford Library.  I'm working really hard at downsizing my library! 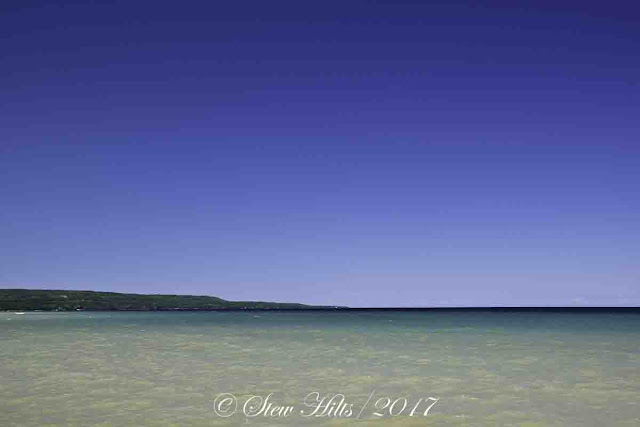 It was a stunning deep blue sky, but the nearshore water was muddy from the Bighead River which enters the bay just to the right. 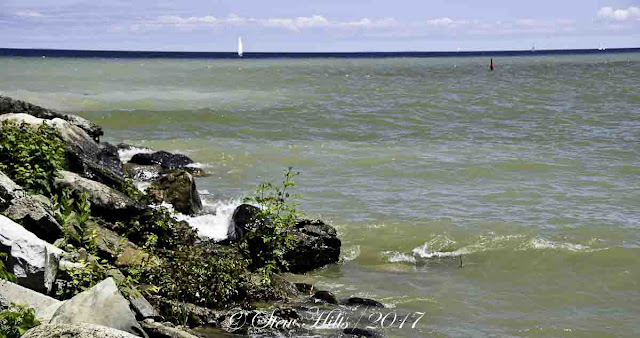 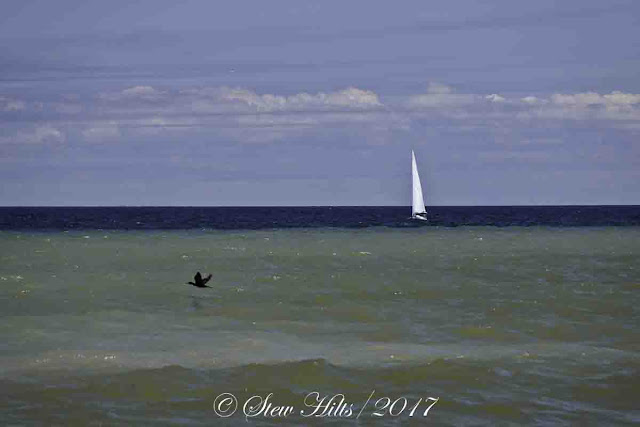 There was a really sharp line between the muddy water of the river and the deep blue water of the bay.  And I caught a Cormorant flying by just as I took the picture. 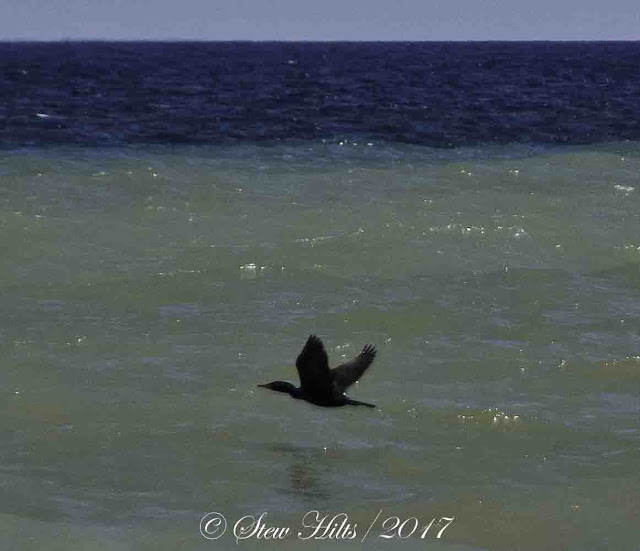 Remarkably, it was in pretty good focus to allow this heavily cropped picture. 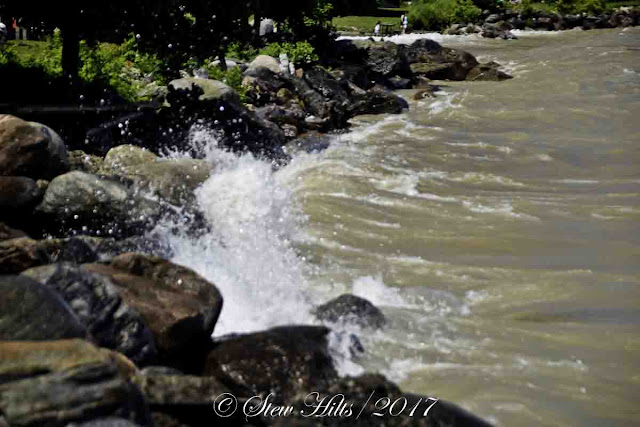 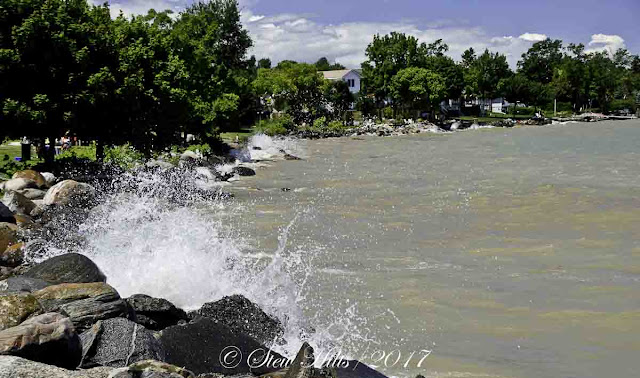 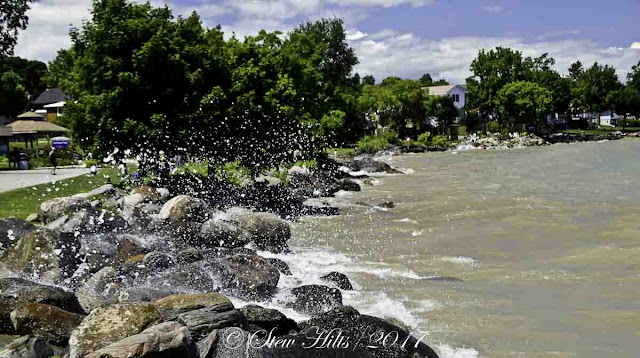 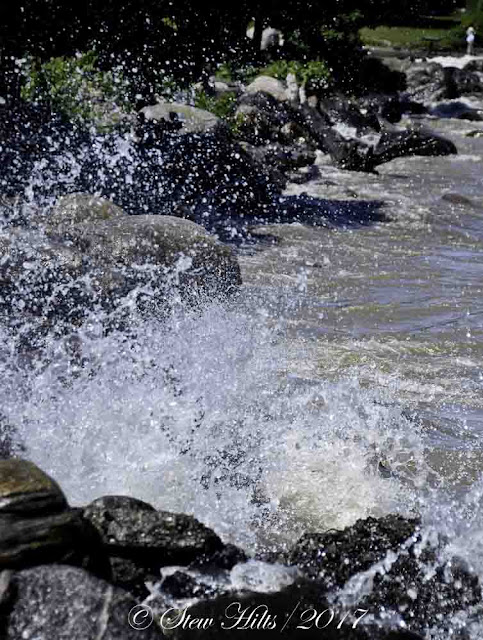 The waves were really rolling in on the rocks, so I stood there and tried to capture the splashes. 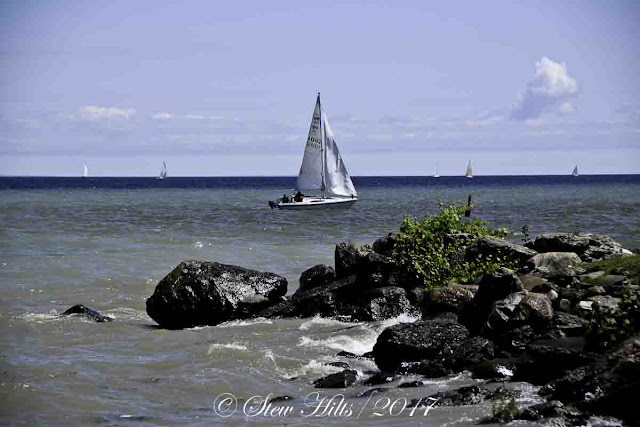 My last picture made me realize how many sailboats were out there once I got the image on the computer screen.  I'm going out to chase a few more pictures before giving you another crops update.