Webwood Falls and the Roadside 'Monster'

Dropped by to check things out at Webwood Falls today, a Bruce Trail property that attracts a lot of visitors because of the waterfalls.  We've invested quite a bit of effort in providing a viewing platform and fencing off some of the dangerous slope. 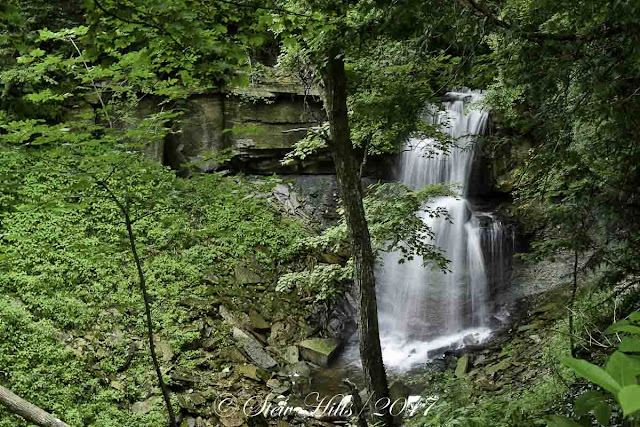 There was lots of water, given how much rain we've had and are still having.  It wasn't the usual trickle for this time of year and it made a great picture.  All of these were just handheld, leaning against the railing of the viewing platform to keep the camera steady, a 1/4 second exposure. 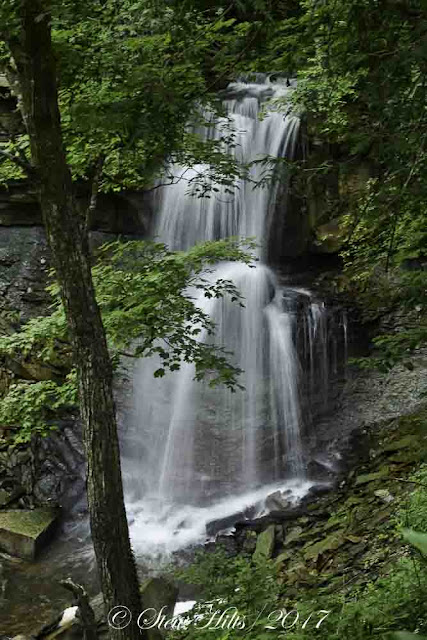 It looks to me that there's been some further erosion here.  You can see the reddish and blue layers of the soft Queenston Shale at the bottom of the falls, behind the curtain of water.

Sadly though, I wasn't there to check out the falls.  We had had a report that the roadside had been trimmed heavily, leaving a mess.  I went to check it out, since I'm the volunteer Land Steward Director. 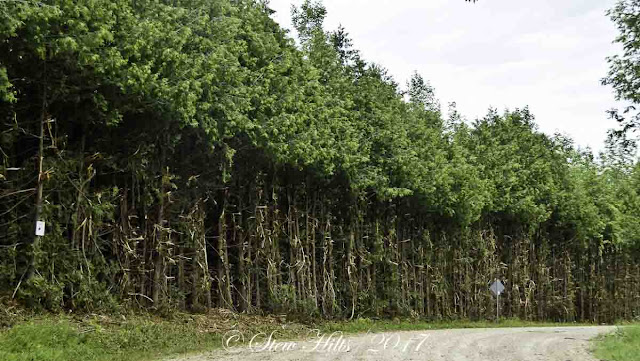 The local municipality, Grey Highlands, has obviously bought one of those infernal trimming monsters that can drive along the roadside and shred all the saplings and lower limbs of trees.  They had trimmed this wall of cedars for 200 yards. 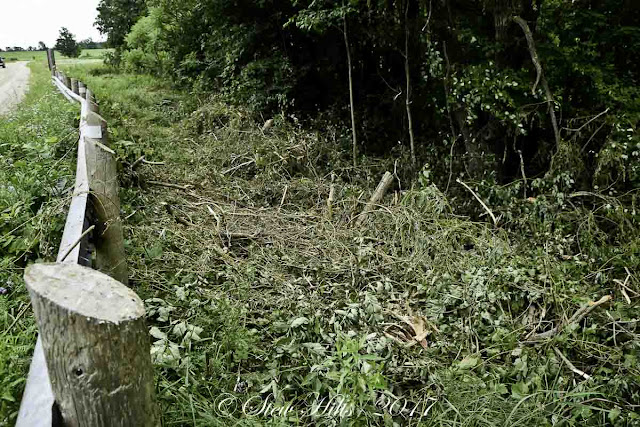 They trimmed both sides of the road beside the falls, leaving a major mess in my opinion.  I think I have a personal dislike of these mechanical monsters.  A little tree trimming would be fine, but not like this. 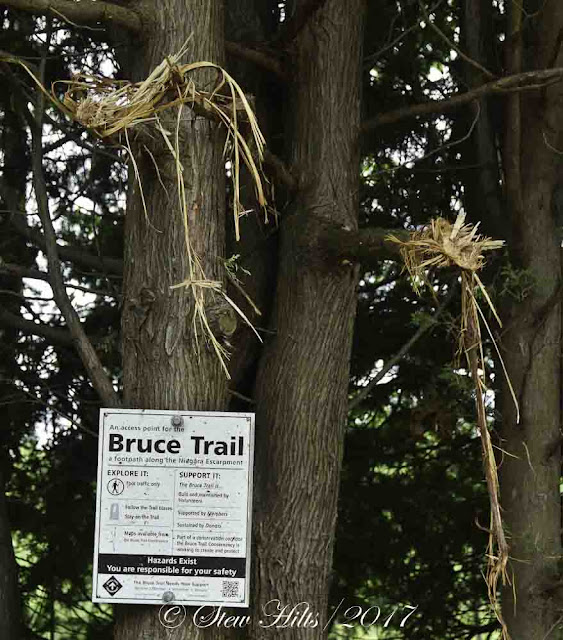 The new entry to the Bruce Trail continuing north from here shows how the machine shreds branches rather than cutting them off cleanly.  We've taken a popular tourist attraction and downgraded it to a mess!  Though the falls is still nice.  Maybe I'm just an old curmudgeon who's against progress.  If that's the case, I'm happy to be a grumpy old curmudgeon!

Further to yesterday's post, we don't actually move until mid-October, so we have a good lead time to be ready!