We live in Hutchison's Corners, have I ever mentioned that?  We're met with a lot of puzzled looks if we mention that, but a few locals know where we mean.  It's named because a Bill Hutchison had a farm on the corner, with both the house and barn quite close to the road. 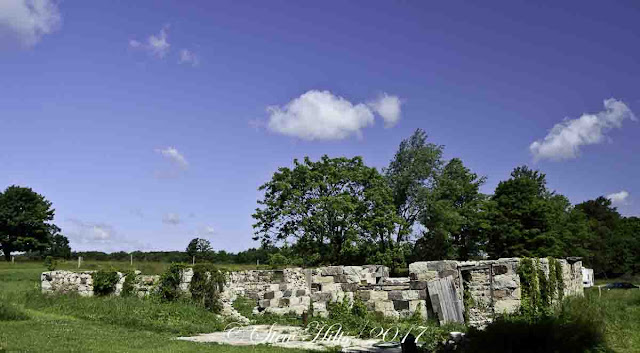 I remember the old barn itself; it blew down in a windstorm about 10-15 years ago, and has been a jumble of broken boards, beams and rubble ever since.  But the present owner is cleaning up the mess, so you can actually see the foundation.  What interests me is the pattern at the front and centre, where you can see the stonemason alternated diagonal lines of light and dark blocks of stone. 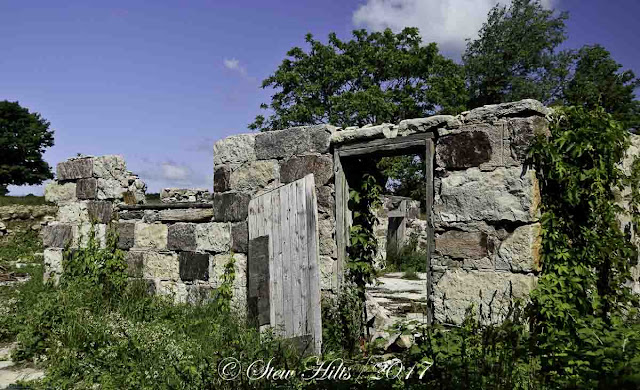 Here's a closer look though I should have moved the old door.  The light coloured blocks are limestone, and the dark are various sorts of much harder igneous or metamorphic rocks.  This is one of only two barn foundations I've ever seen where there was such an effort to create a pattern with the stone. 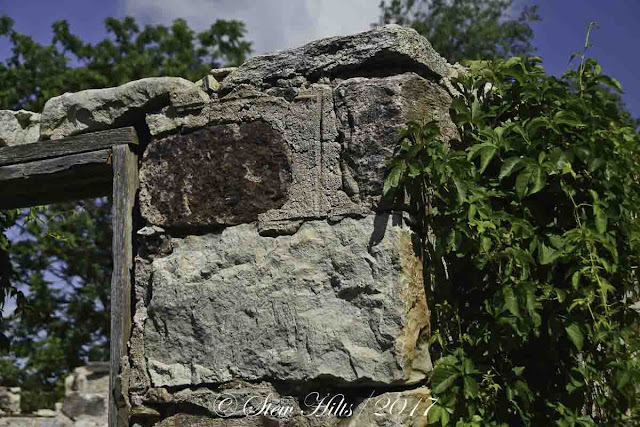 It amazes me how the old travelling stonemasons could do this, cutting blocks into flat sides and right-angled corners.  It involved a lot of heat and iron wedges I think, but the corners they created on these old barns 150 years ago are truly amazing. 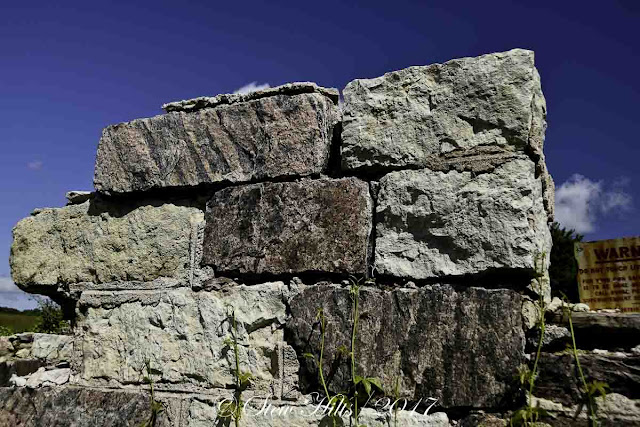 Just look at these enormous blocks, much too heavy for anyone to easily lift.  The darker blocks obviously have a lot of feldspar in them (the pinkish colour), but to think how they could be cut into flat-sided rectangular blocks just boggles my imagination. 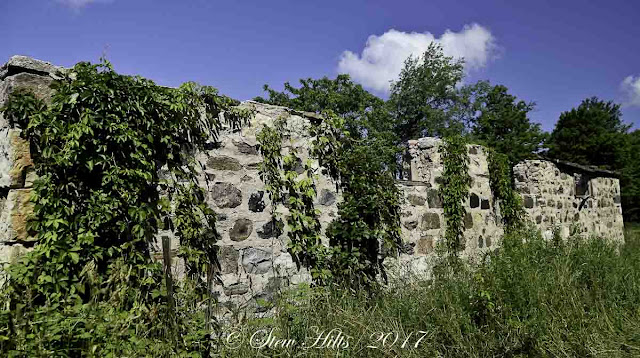 They weren't nearly as careful with the other sides and back of the barn, using any boulders they could find, but still cutting them roughly flat on one side and creating square corners where windows and doors are, and at the outer corners.  Virginia Creeper is crawling all over the walls. 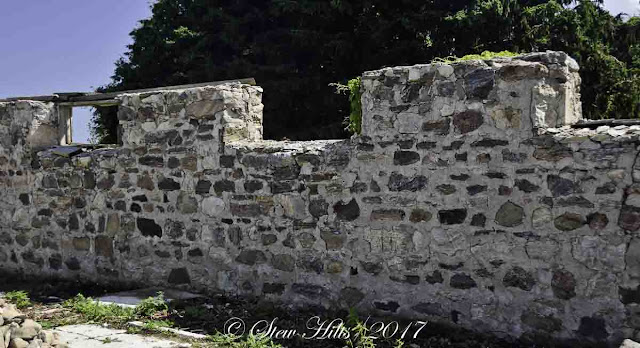 The inside walls provide an even more motley pattern, with rocks from small to large used where they would fit, along with a lot of mortar. 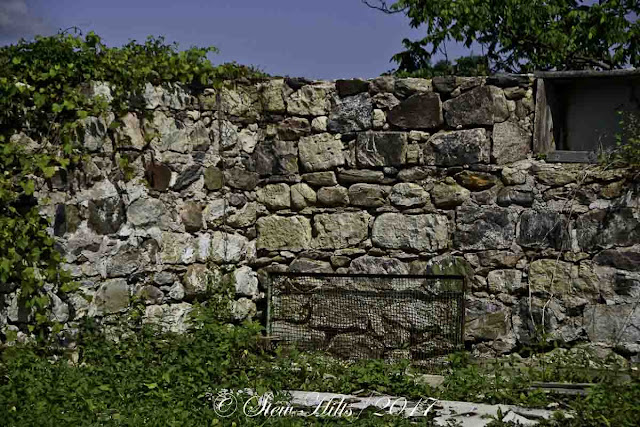 Another inside corner, where the mortar is starting to fall away.  I was attracted to this barn foundation because of that unique diagonal pattern of blocks on the front, so I stopped by and talked to the owner when I saw him working outside to ask if I could come over and take some pictures.  I think he feels that cleaning up the old foundation could be a selling point for the property once he decides to sell. 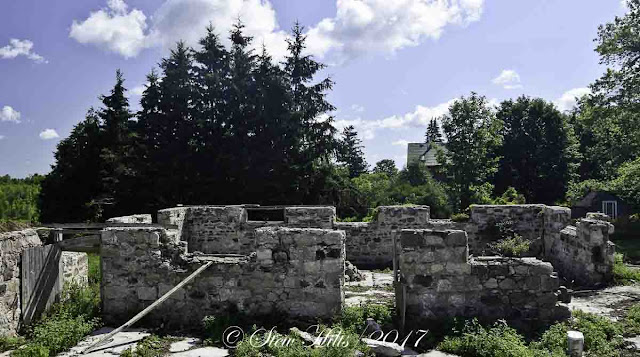 It's a large old bank barn, so you can stand on the bank at one end and look down on the walls.  The bank provided vehicle access to the loft for unloading hay.  Imagine a garden inside this foundation - that would be Mrs. F.G.'s dream! 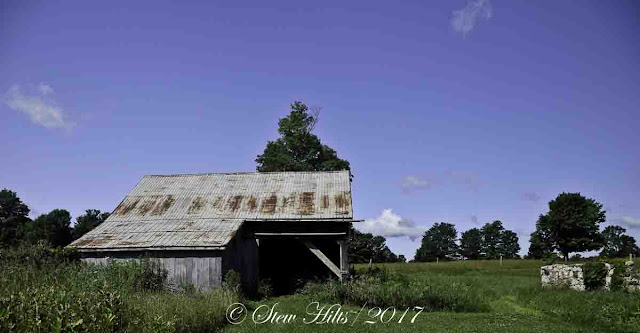 There's also an old driveshed that avoided the windstorm and is still in use.  It was a perfect day to go over and take a close look at the old Hutchison barn foundation.