I'm ready with my next crops update, but it occurred to me that not everyone knows how to distinguish the common crops here in southern Ontario.  I've only learned myself, haltingly, the past few years.  So here are the 6 common crops we grow (not counting the hay I talked about yesterday). 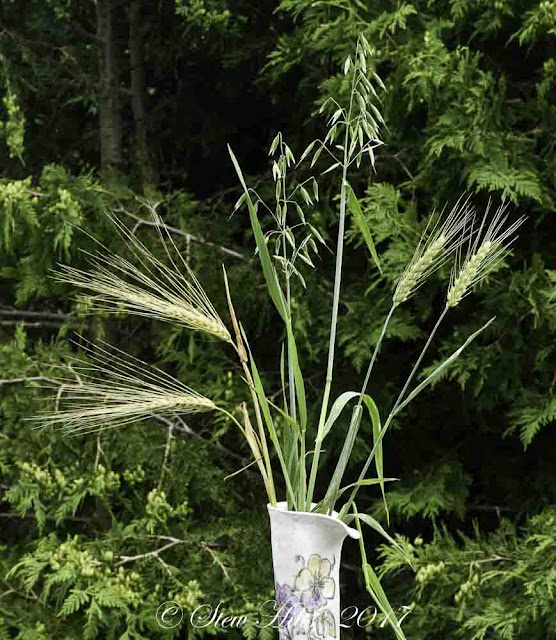 Let's start with the three common grain crops, from right to left above, wheat, oats and barley.  I actually picked two stems of each and put them in my handy-dandy vase to photograph up close.  I hope the educational value of these will offset the loss to the farmers! 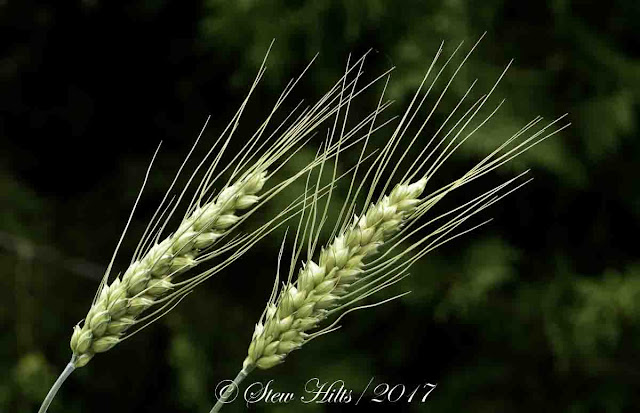 This is winter wheat, nearly ready to harvest.  Like all other grasses, it has bracts holding the seeds, and long 'awns' extending from each seed.  But compared to barley (below), these awns are shorter than the length of the seedhead. 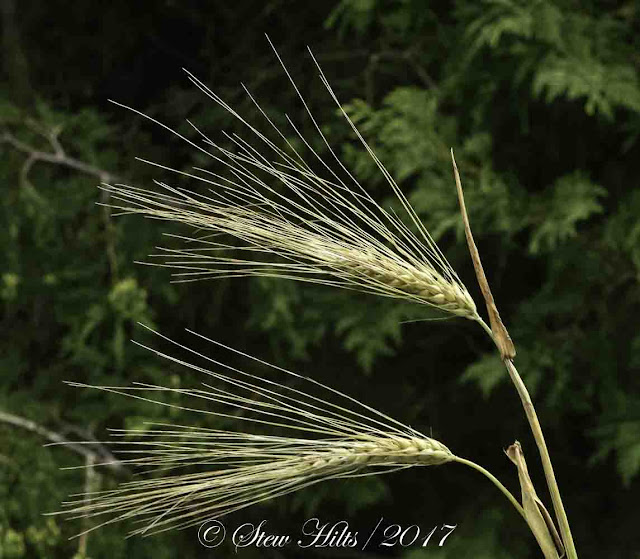 In comparison, barley has very similar seeds, but very long awns, longer than the length of the seedhead, that makes each stem look feathery. 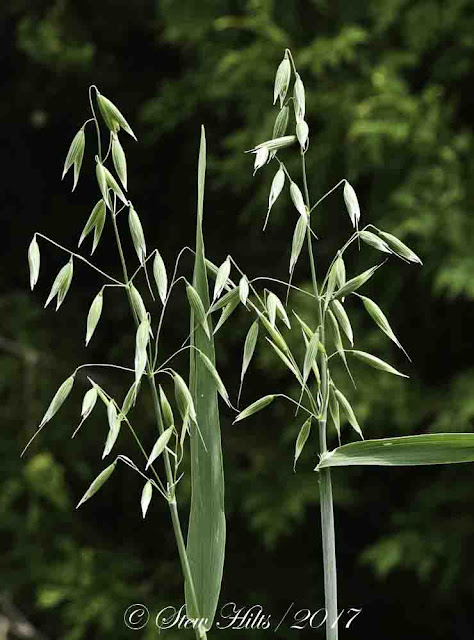 Oats are very different, not a dense seedhead like wheat or barley, but an open group of seeds or inflorescence. 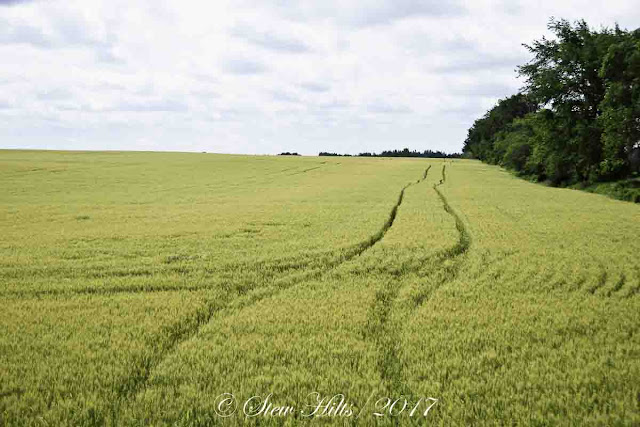 And here are the corresponding fields, first winter wheat, which will be ready for harvest soon. 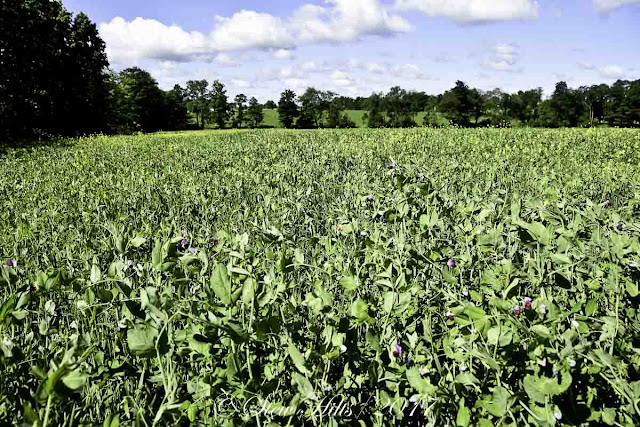 The only oats I have found is in a field of peas and oats, being harvested as forage.  You probably can't even see the oats in here!  I'll keep searching for a field of oats by itself. 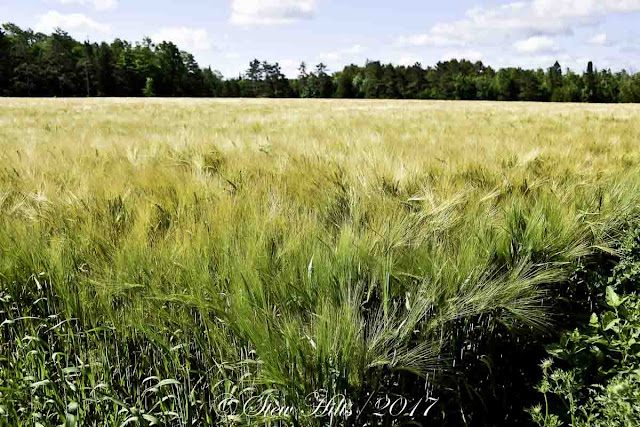 And a field of barley, with that beautiful feathery surface that catches every breeze.  This field must have been planted very early to be so golden already; all the other barley I have seen is still green. 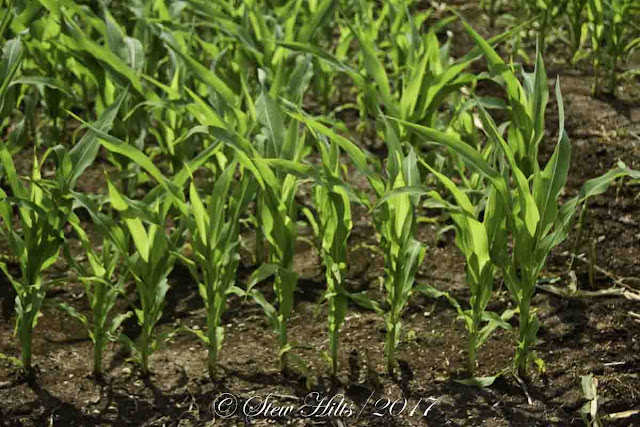 The last of the big cereal grain crops is corn, which I think everyone can recognize, a grass species with very wide leaves, that will be very tall when it's mature. 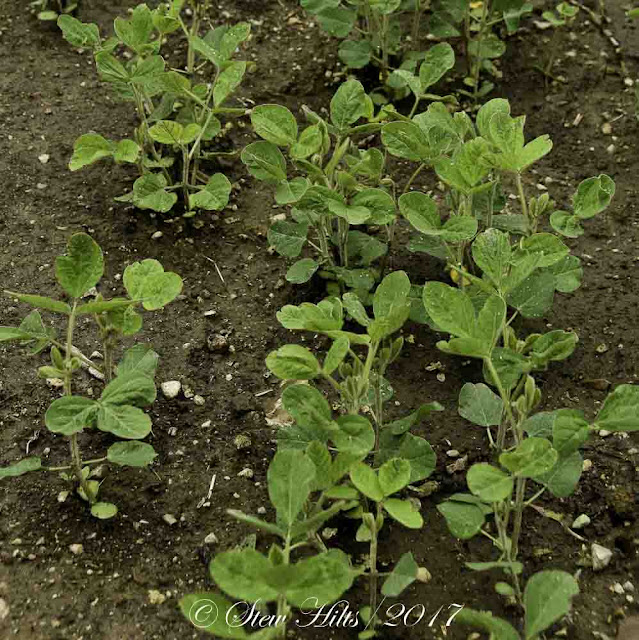 There are two other crops that are not grasses or cereals, but legumes.  The first of these are soybeans, some young ones shown here, just like bean plants in your garden. 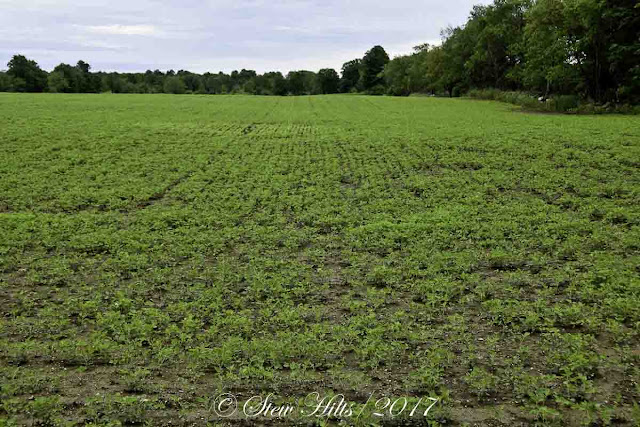 And a field of soybeans.  Soybeans don't like excess rain, and a lot of soybean fields are looking rather poorly this year as a result. 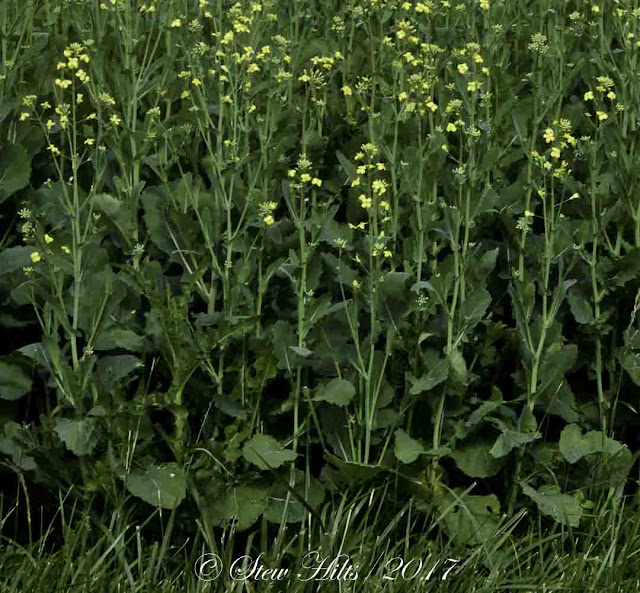 Finally, another oilseed crop, canola, our prettiest crop when it's in bloom.  Canola is a brassica, related to cabbage, and the lower leaves look like it. 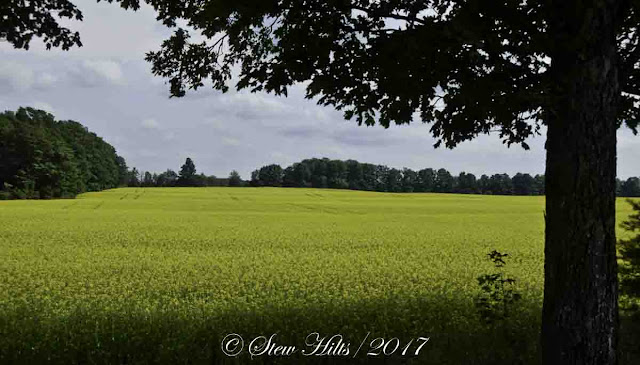 Right now canola fields are looking like this; you can see why it's our prettiest crop.  Hope you've enjoyed my pix of the big six common crops here - tomorrow an update on how crops are doing.