I'm going to skip over the other several hundred pictures from May for the moment, and bring you up to date so you see what our world is like now.  I'm tired of being three weeks behind.  We had a lot of rain for a week there, and I went visiting my favourite waterfalls, so a lot of those pictures are waterfall pix.  We'll return to those later.  Yesterday was a nice hike along the Bruce Trail.

The leaves have come out enough now to really show up, especially in the sun.  This is a branch of Beech leaves just unfolding. 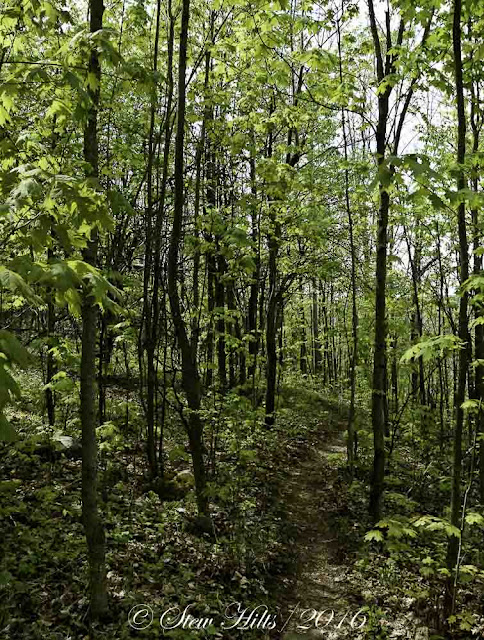 The trail was an easy walk for the most part, the section from the hydro plant northwards, part of which I had never walked before.  There were some hills I struggled with though. 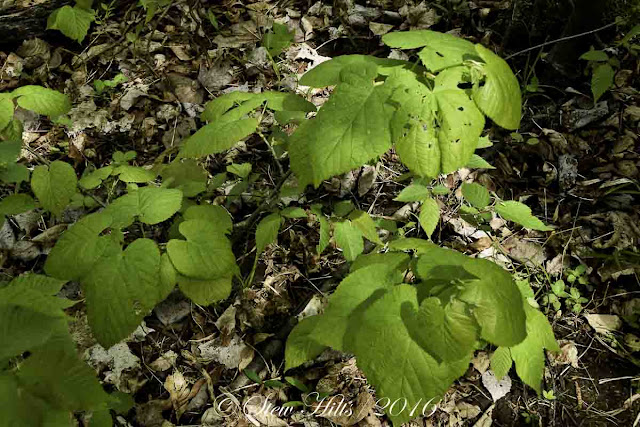 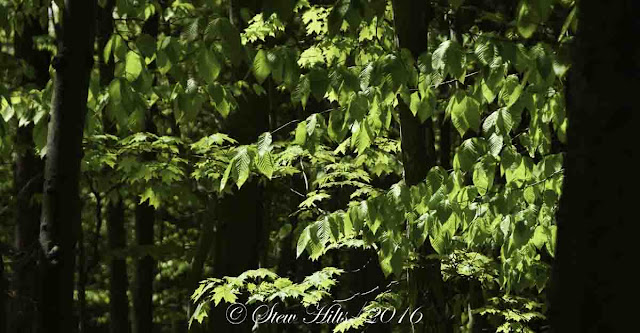 It was a beautiful day, and actually got hot for awhile.  We were mostly under the trees, so the green leaves were all around. 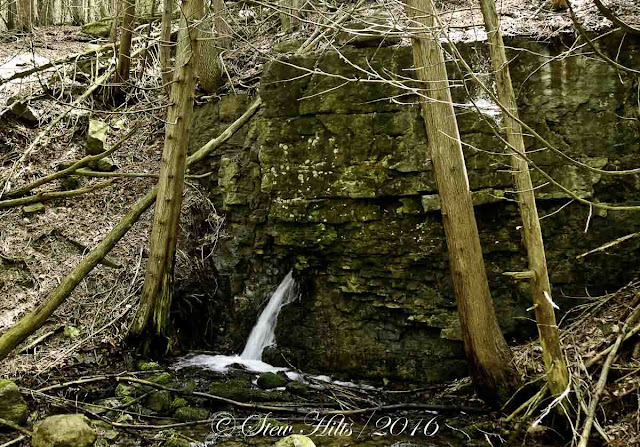 One of the highlights of the hike was this remarkable spring, flowing strongly and bursting right out of the rock face.  I've seen lots of springs along the escarpment, but not many like this! 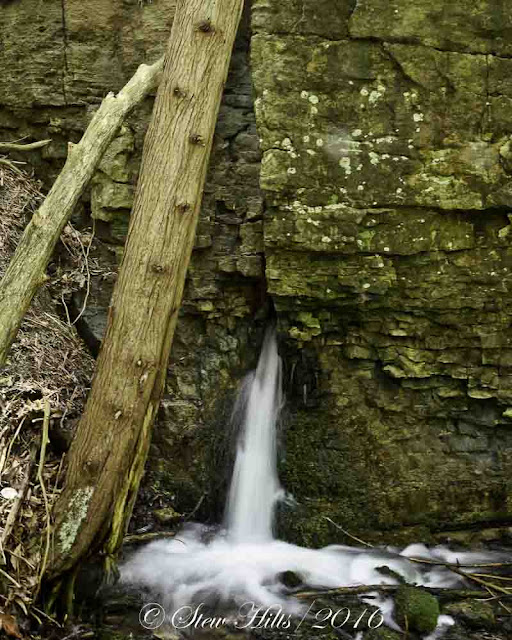 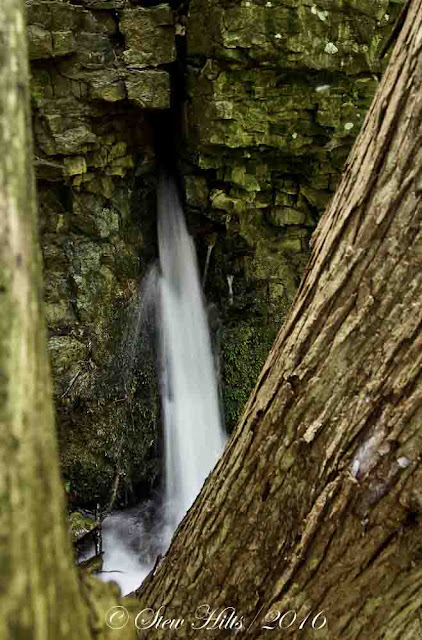 This generated quite a stream that headed downhill.  We could hear a waterfall it created further down, but could not get to see it. 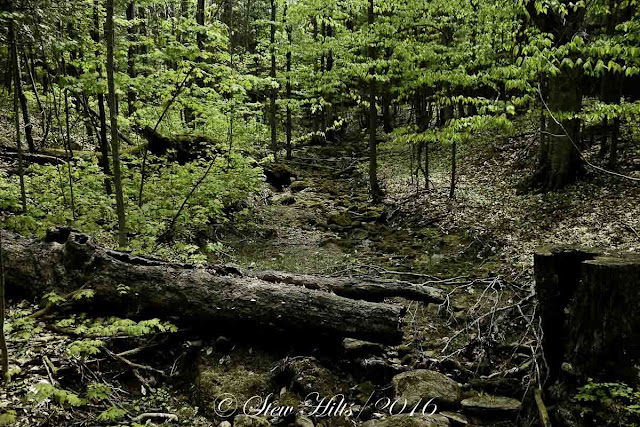 A little further on, there was another stream, but this one a completely dry stream bed - though it had obviously been flowing with lots of water recently. 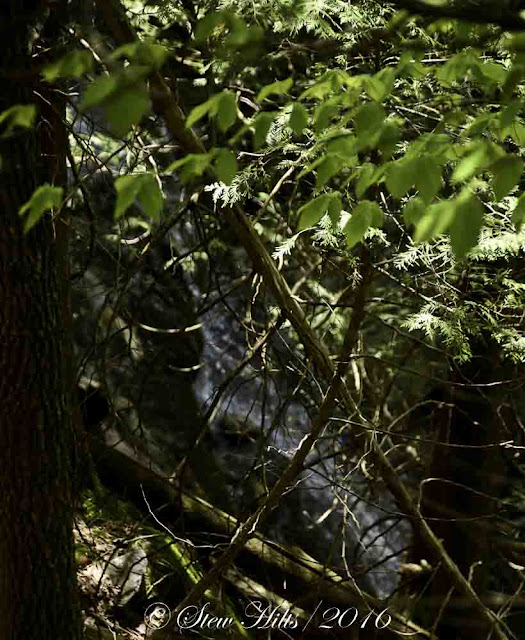 Partway down the ravine created by this stream some water did seep to the surface, and lower down still it created yet another waterfall, that we could just make out through the branches.  This goes on my list for future exploration! 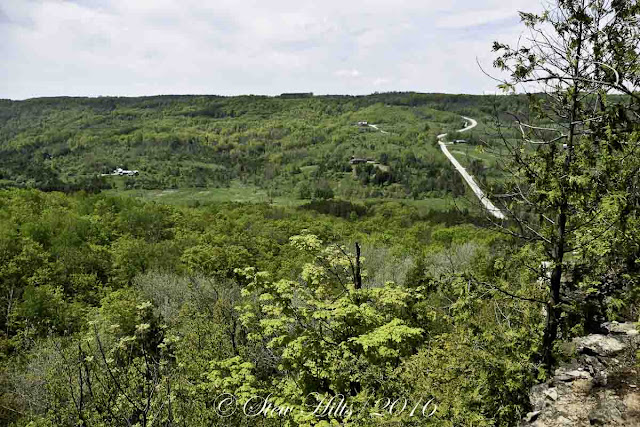 About half-way through the hike (and just before the hardest uphill section), we got a great view over the valley.  This is the road curving up Bowles Hill if you know the area, and our house is just out of sight over the horizon on the far right. 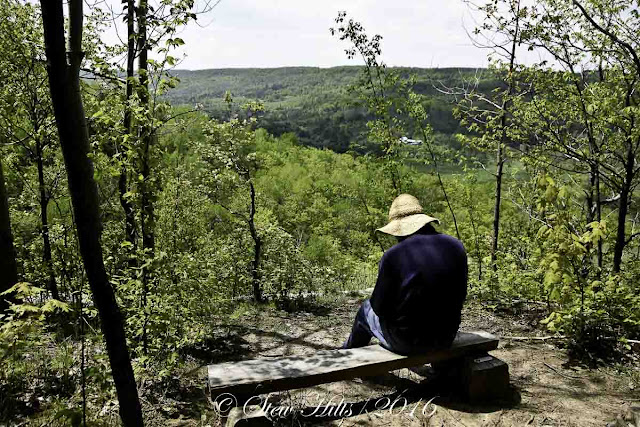 There was even a bench to rest on.  My hiking buddy had come totally ill-prepared this day, with no water, no bug repellent, no sunscreen, and even no hat.  At least he remembered his boots.  I really had to take care of him for the day.  And he borrowed this hat when we stopped for coffee at the General Store in Kimberley - (the #1 general store in Canada!)  He looked charming in it though!