We're only half-way through Wednesday's hike, so here's the rest.  It was almost all through a beautiful mature Sugar Maple forest, but I did have to slog uphill for quite a distance first. 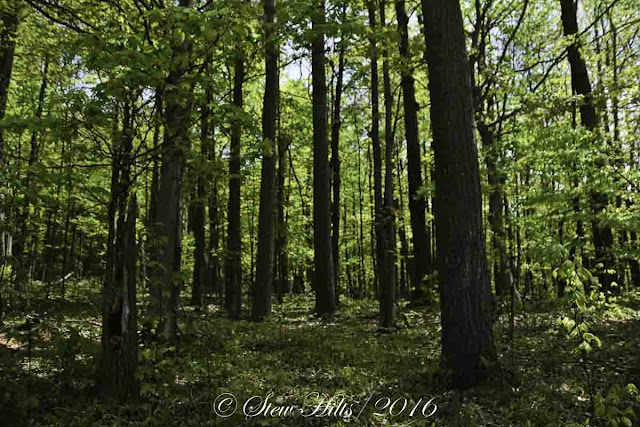 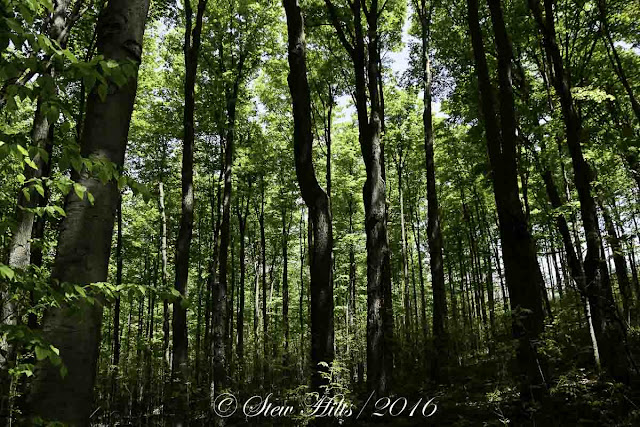 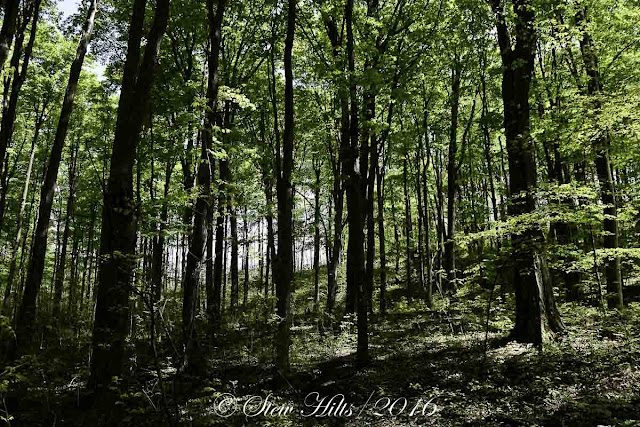 You don't need words to describe the beauty of a hardwood forest in late May!

I spotted this patch of Ostrich Fern highlighted by the sun in the forest. 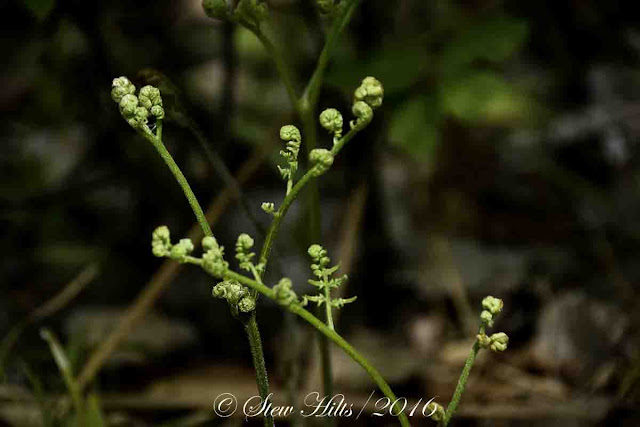 And these were the tiny still coiled fiddleheads of the Bracken Fern. 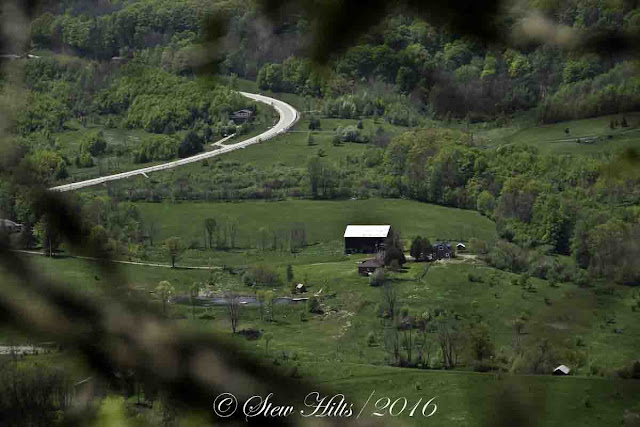 After we got up the hill, and headed north some distance, we came out to another spot along the edge of the Niagara Escarpment.  There was no clear viewpoint, but we did catch glimpses through the trees, this one of Bowles Hill. 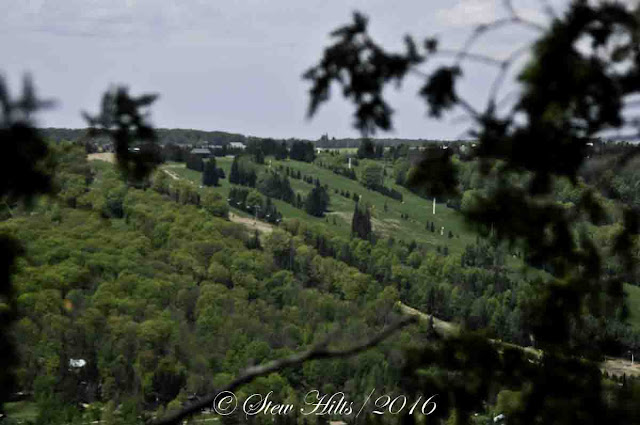 And this one the top of the ski runs at the Beaver Valley Ski Club. 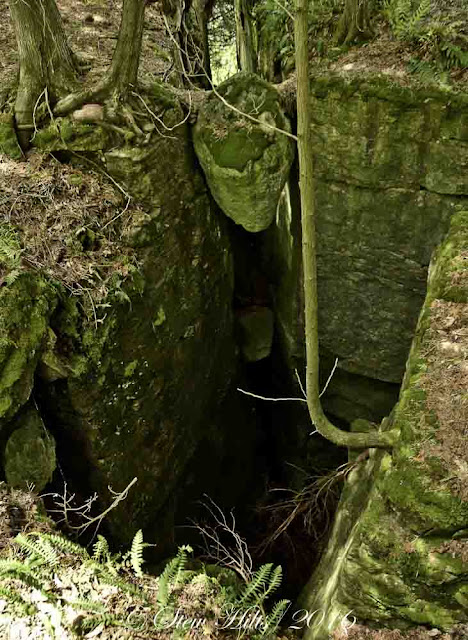 Along the edge we found several dramatic crevices, this one plugged by a big limestone boulder.  We couldn't even see the bottom of this crevice. 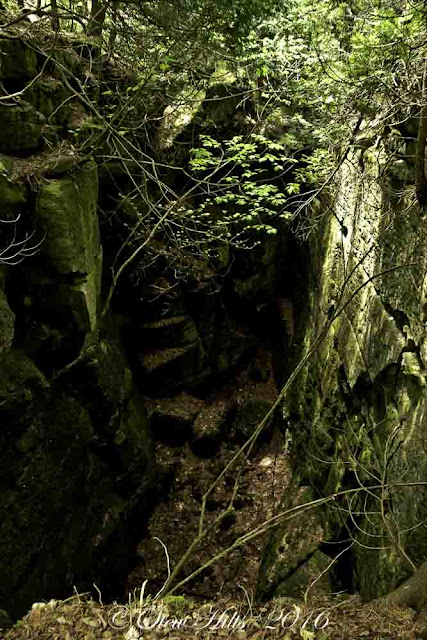 And this one was one of the deepest, widest crevices I've ever seen.  Look at that flat rock wall on the right!  Love to explore this, but I don't know if you could ever get down there without rock climbing. 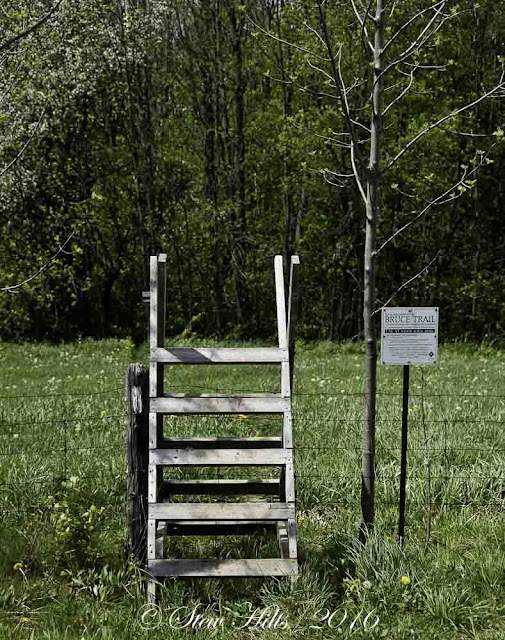 Finally we crossed a little bit of hayfield, climbed the stile, and were back to the other car.  I should say, normally my hiking buddy is very well prepared; he was distracted this time.  We avoid two-way hikes by taking both cars, and leaving one at each end.  I enjoyed this one, particularly the last half which I had never seen before.