I've been on several walks in the woods over the past nearly a month since we arrived home from B.C.  This one was back at the end of April, when the woods was still largely bare, but the first spring flowers were starting to bloom. 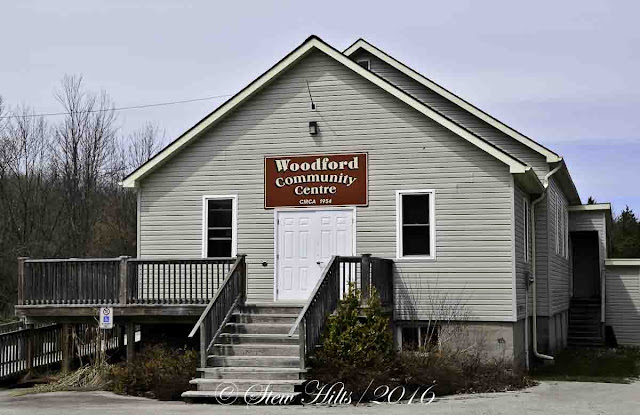 The occasion was the annual spring refresher workshop for volunteer Land Stewards with the Bruce Trail.  We met in this tiny community centre in the hamlet of Woodford, halfway between Meaford and Owen Sound. 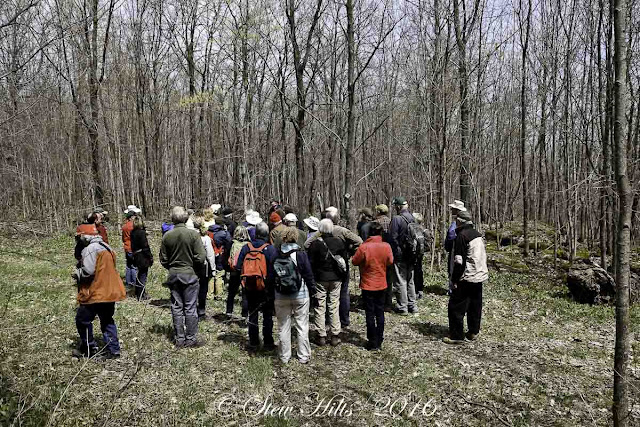 After the morning talks, there was an afternoon walk.  There was a great turnout of enthusiastic volunteers, learning a lot of botany this year.  Training focuses on different topics each year. 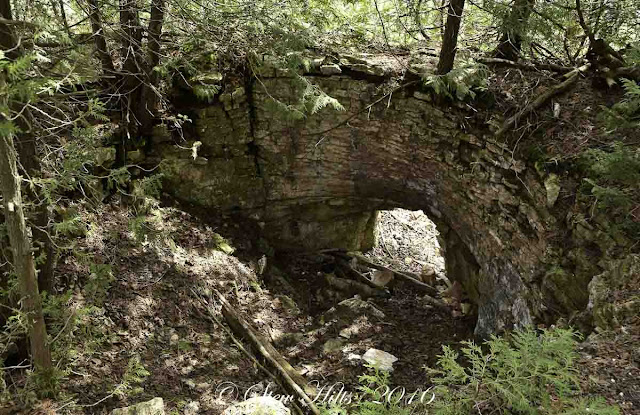 As we started on the walk, we passed this old lime kiln built into the edge of the short cliff.  I'm standing on the Bruce Trail to take the picture. 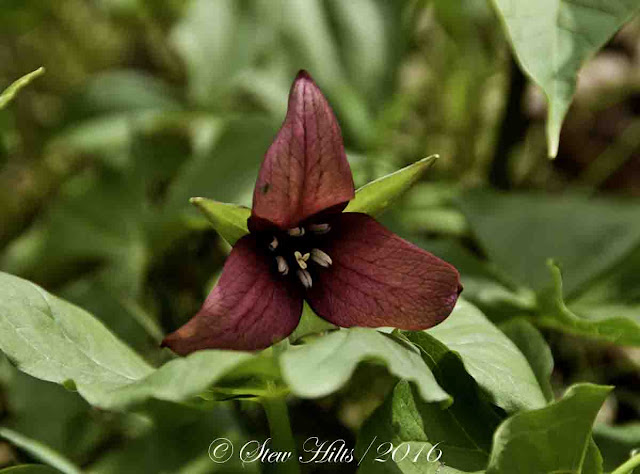 And along the trail we started seeing the wildflowers.  The Red Trillium comes out quite early, long before the White Trillium, our only other common trillium species. 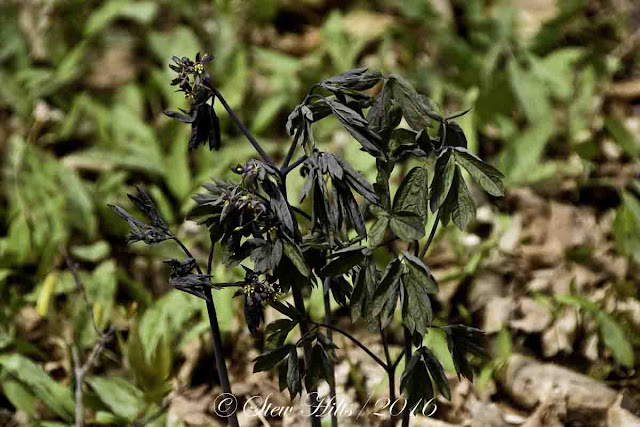 Nearby was a patch of Blue Cohosh, still that somewhat purple colour it is when it comes out of the ground, but changing to green fast. 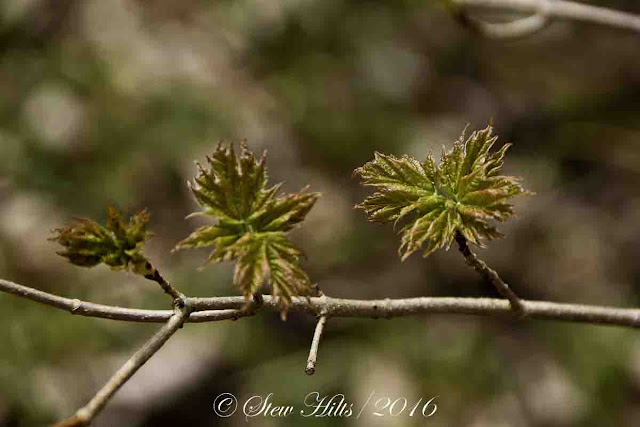 The tiny Sugar Maple leaves were just starting.  With the cold weather, they stayed this size for nearly three weeks! 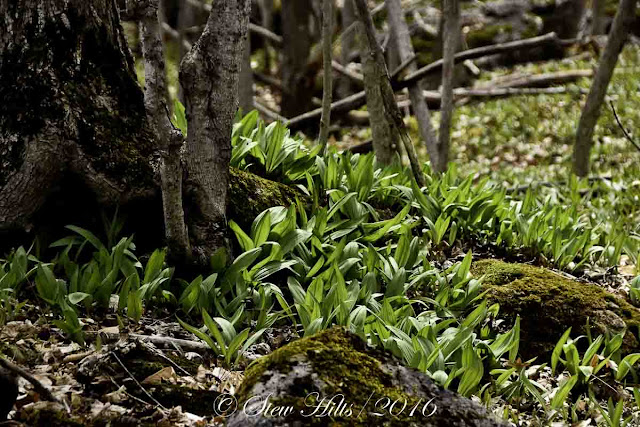 There were a few patches of Wild Leek, easily recognized at this time of year by its bright green colour.  It doesn't bloom til later in the summer. 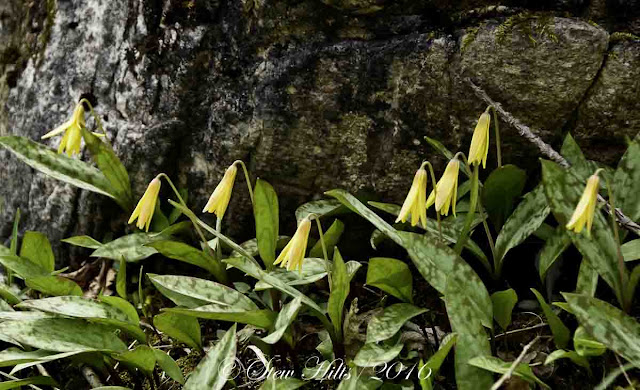 The Dogtooth Violet or Trout Lily wasn't open, as it was quite a cool day, but they were in bloom. 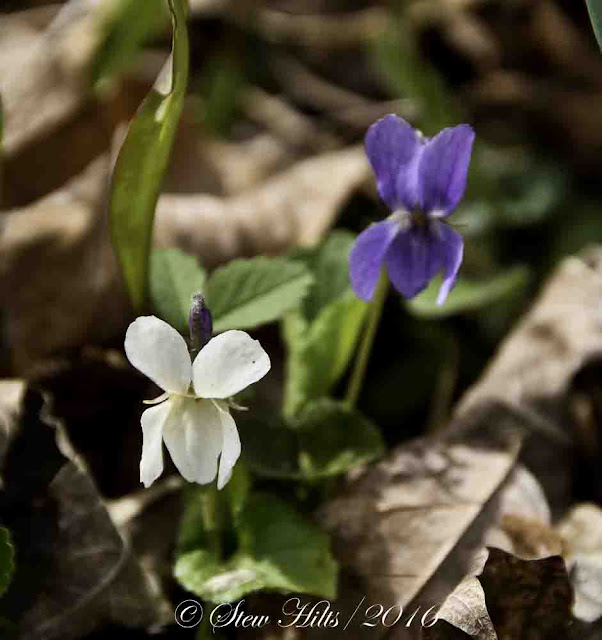 There were lots of White and Blue Violets in bloom. 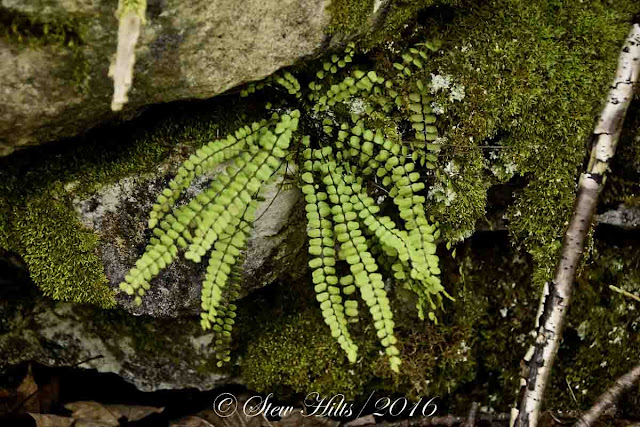 And a few of last year's fern fronds, like this Maidenhair Fern, provide the promise of fresh new fronds to unfurl soon.

As for today, I was looking forward to working outside, but we've had rain on and off all day!