On our one day of adventure time in Victoria, we started out walking to Fisherman's Wharf.  I read Ben Madison's great blog, Victoria Daily Photo, and he had mentioned this spot a few posts back.  It turned out to be an interesting and funky place, apparently popular with both locals and tourists, but slightly off the beaten track from downtown shopping, which suited us fine. 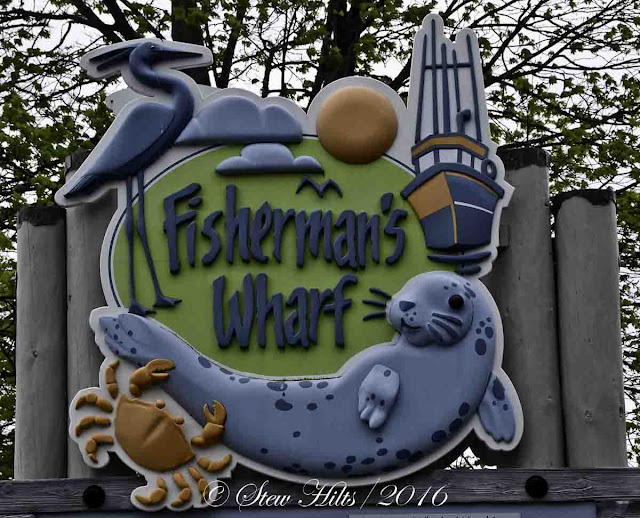 Fisherman's Wharf is the old fishing dock in the Middle Harbour, in part still a commercial fishermens' dock.  But now it also has pleasure boats and a small village of floating homes, along with a few restaurants.  A neat place to visit. 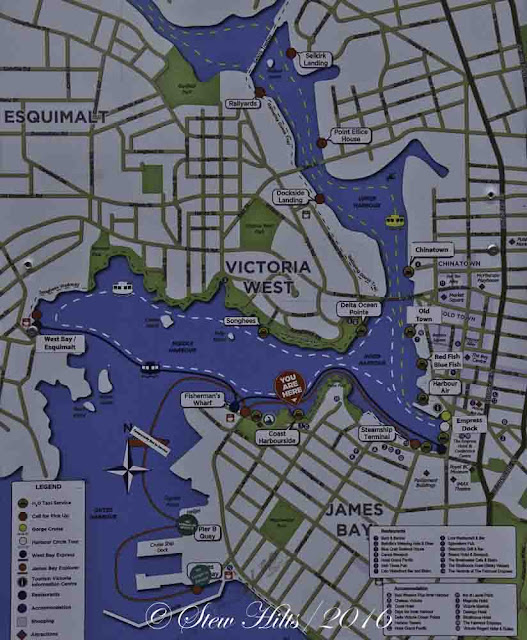 You know I love maps, and I spotted this one at a harbour ferry stop.  It shows the Inner, Middle and Outar Harbours on this convoluted waterway, as well as part of the very long Gorge Waterway that extends up into the heart of Victoria.  The big rectangular cruise ship docks show up in the lower left,  Our hotel was near the label 'Steamship Terminal', and there was a public walkway right around the shoreline to Fisherman's Wharf near the centre of the map (just left of  the red 'You Are Here' circle).

There are two piers of these colourful floating homes when you get there.  Obviously there's some sort of regulation that everyone has to use a different colour of paint!

I'm sure this is an interesting and funky little social community too.  And I'm sure that they get fed up with tourists at times! 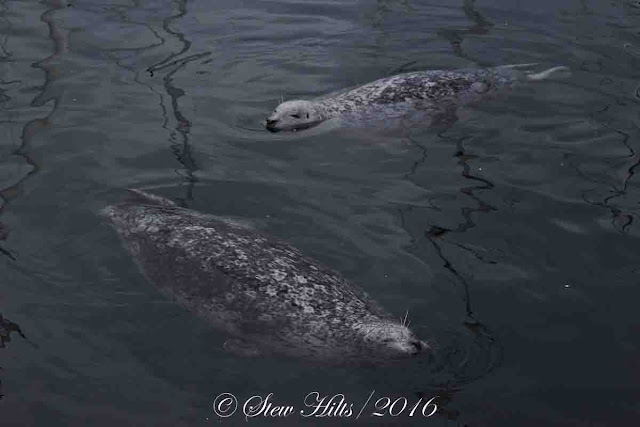 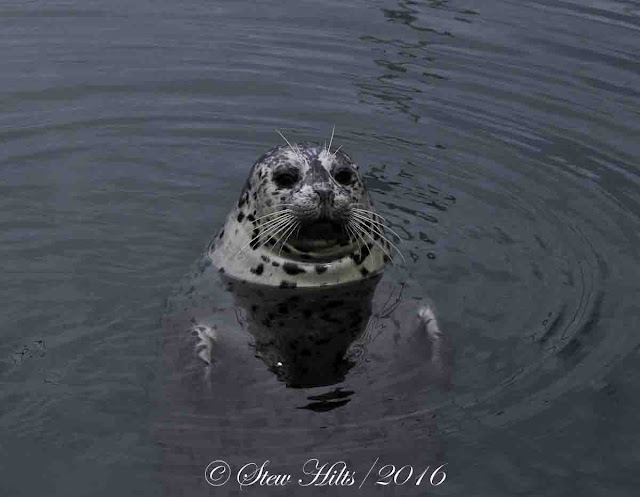 Between the piers two or three sleepy looking young Harbour Seals were surfacing.  We were told by a local that they were begging for food, but feeding had been banned two weeks before after a child fell into the water.  I think I would have spoken to the parents! There are several restaurants with interesting cuisine, all seafood of some sort (appropriately), and we eventually had lunch in one of them. 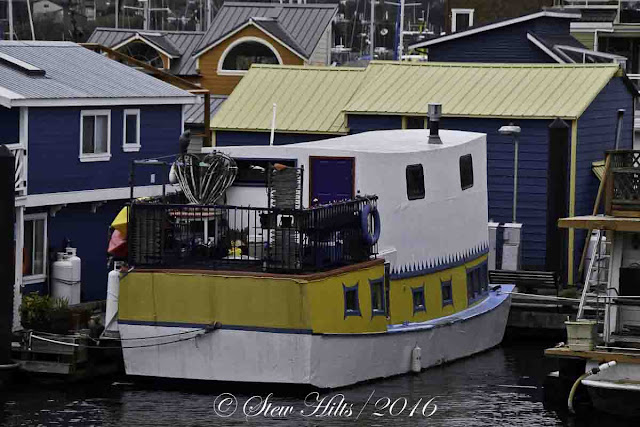 Most homes looked like houses on floats, but a few looked like converted old boats or barges. 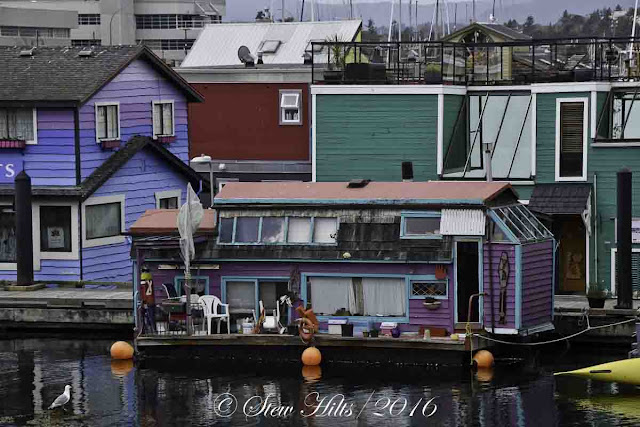 They were certainly colourful, and I'm sure an interesting lifestyle!

Tomorrow, the working end of the wharf.

Meanwhile, it's raining cats and dogs here, and only about 3° above freezing - about the worst weather you can imagine for early May, and it's supposed to be the same tomorrow.