Beacon Hill Park is a marvellous 200 acre park in downtown Victoria that was set aside in 1858, while this was still the Colony of Vancouver Island.  It includes some native Garry Oak Savannah habitat, which is one of the rarest natural habitats left in Canada.  It is also a sacred place to the Coast Salish people of this region. 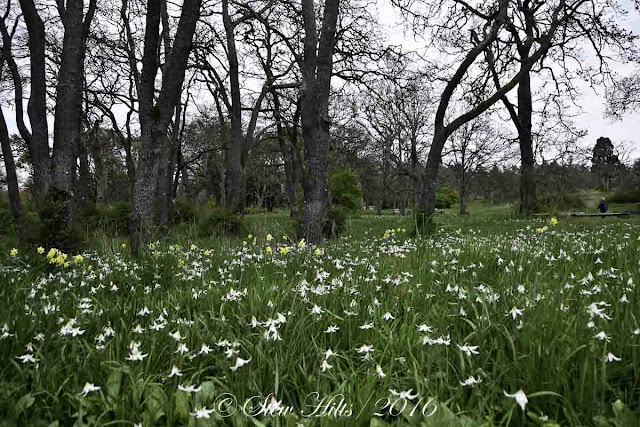 Benjamin of Victoria Daily Photo, had posted a picture of white Fawn Lilies in Beacon Hill Park a few weeks ago.  He also told me where I could find them, so I walked over the 3 blocks from our hotel past the back of the provincial Legislature, to the north corner of the park to search for them. 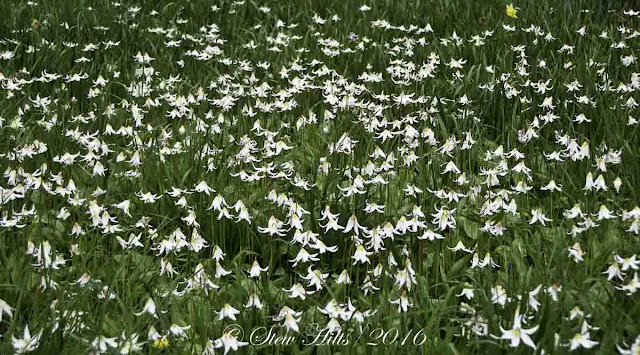 They were blooming densely beneath the canopy of Garry Oak, not in leaf yet.  What a beautiful sight! 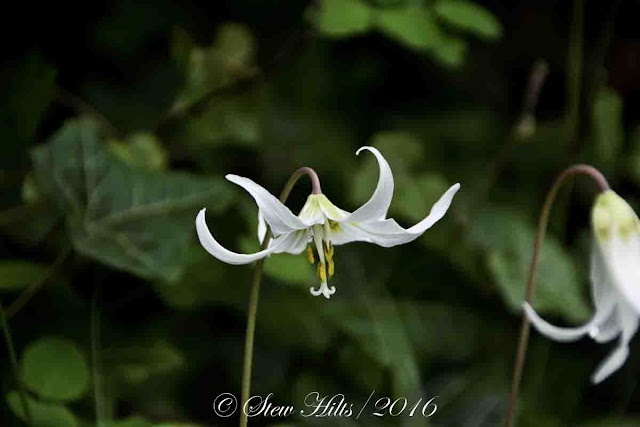 The white Fawn Lily is one of several Erythronium species, which have quite a few common names.  The species in Ontario (in bloom right now) is known as Trout Lily or Dog-tooth Violet, and has a yellow flower.  There are several western species; other names are Avalanche Lily and Glacier Lily, and some have pink blooms.  A special one for me to see.  Thanks Benjamin. 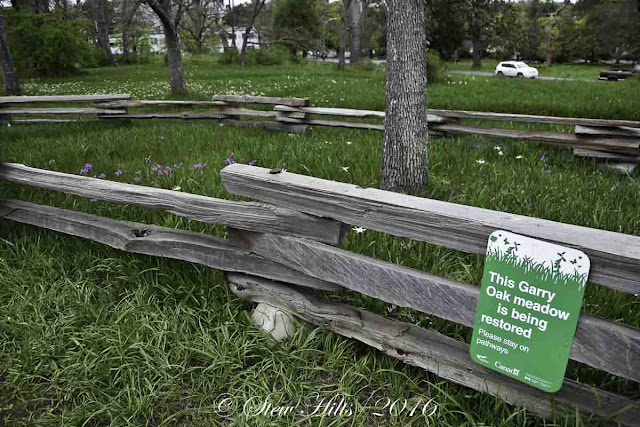 A small patch nearby was fenced off for restoration.  Just within the fence you can see a small patch of bright pink Shooting Stars, I suspect, the reason for the fence. 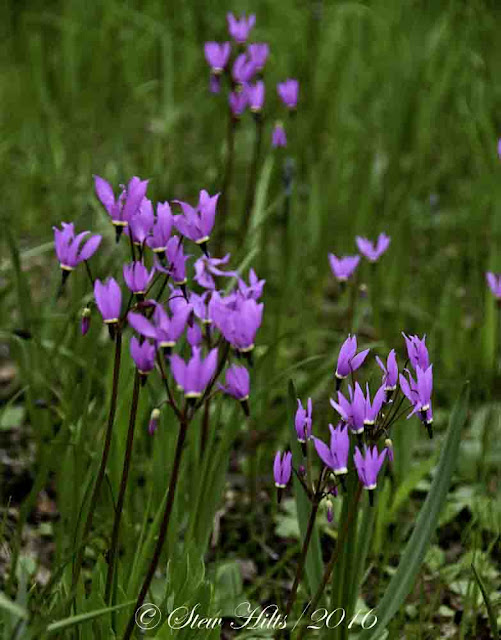 I was delighted to see these as a wildflower.  We have them growing in our garden, but here they are part of the native flora!  Ben also featured these on his blog. 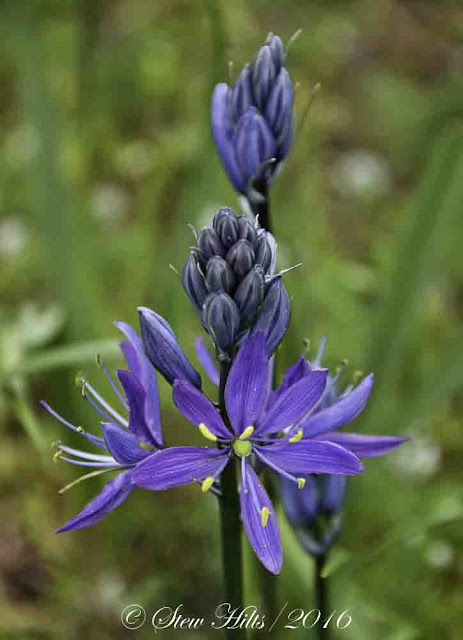 This is Camas, or Quamash, a delicate native flower here that formerly formed widespread blue carpets in the spring; sadly it's in serious decline. 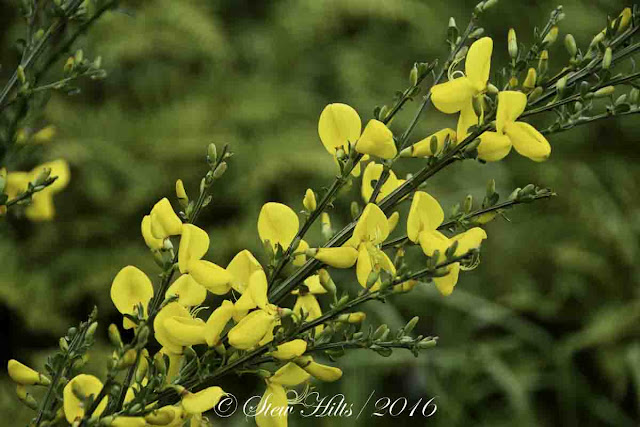 On the other hand this is Broom, a non-native and an invasive plant that provides colour, but doesn't belong here!  I only got to touch a small corner of Beacon Hill, but it was great to catch a few of these native flowers I had never seen before. 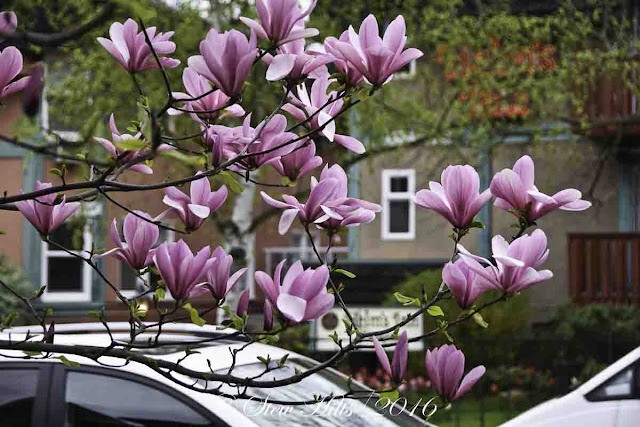 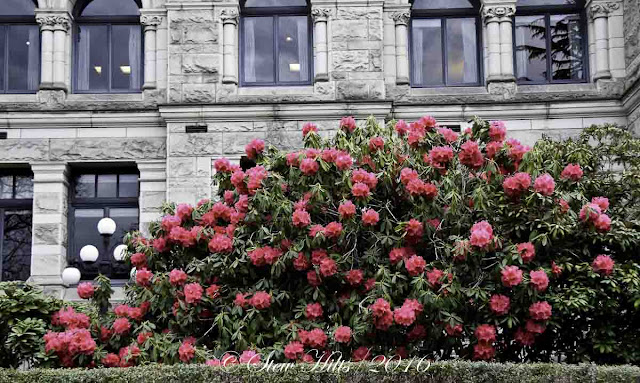 And on the walk back there were Magnolias blooming on the street, and this huge bright red Rhododendron behind the Legislature.  Victoria was in bloom!

Meanwhile, back here in Ontario, we had a touch of frost this morning.  Beautiful sunny weather, but still quite chilly overnight.  Tomorrow I'm leading a wildflower walk. 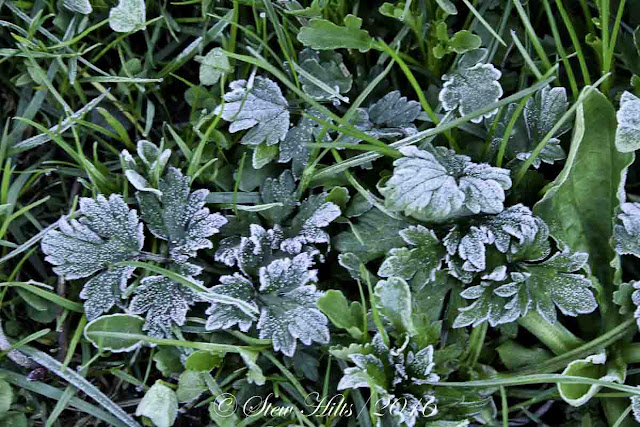 Frost on the lawn - we don't plan on frost-free nights here until June 1st, so not a surprise.