Walters Falls is just one of about 7 waterfalls I got to earlier in May when we had a week of rain and rivers were running very high.  It was like spring melt all over again. 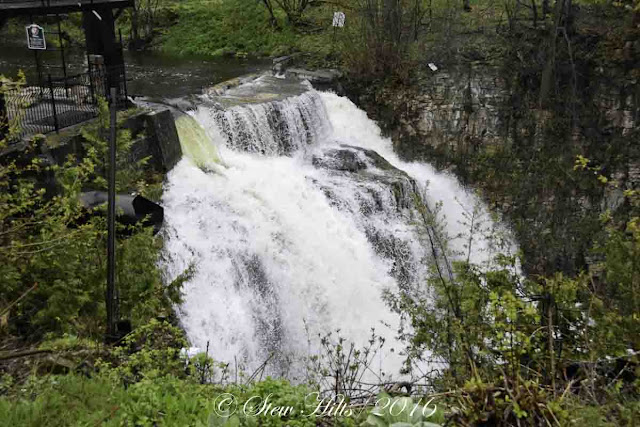 Located right in the village of Walters Falls, this falls is normally two separate streams of water falling nearly 50 feet over the cliff into a deep ravine along the escarpment. 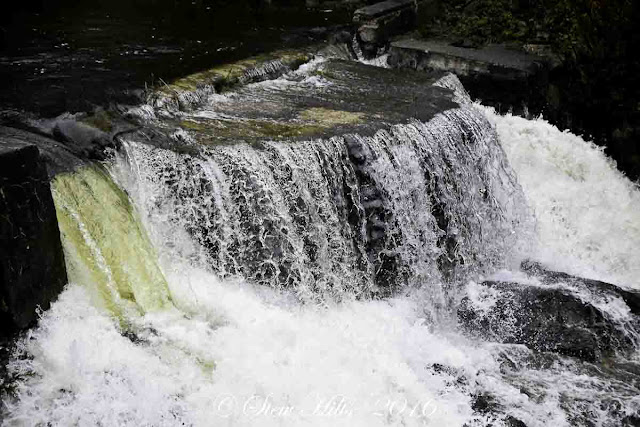 The top of the falls has been modified to suit the old sawmill that used to stand here, giving two narrow channels for the water.  But with this much runoff the entire top of the falls was flowing with water, creating a semi-circular veil in the centre. 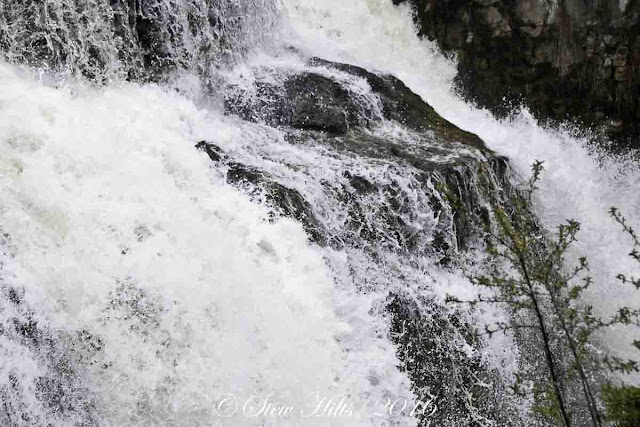 Below this the entire face of the waterfall was flowing with water, as it does every spring. 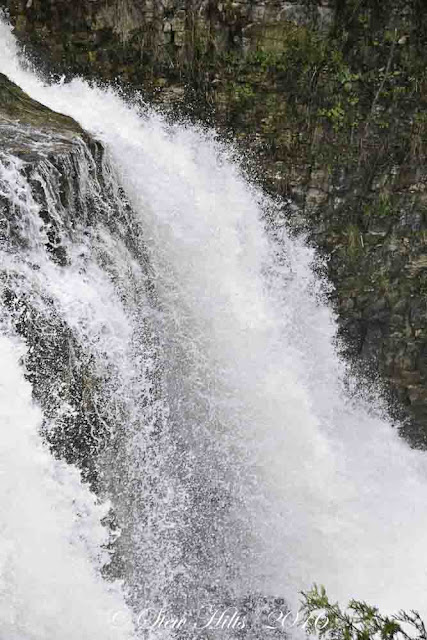 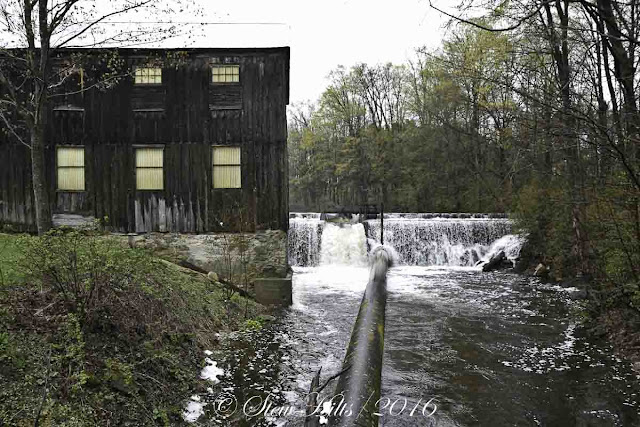 Above the waterfalls is almost as interesting as below.  This is the only building left of the former sawmill, which burned down in 1984.  It was rebuilt nearby and is still operating, but no longer based on water power.  Never-the-less, just upstream of this mill pond is a still operating water powered grist mill, one of the few in Ontario. 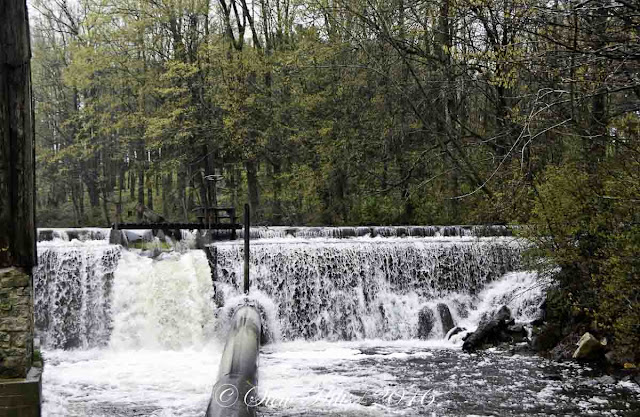 Much of the year the water only flows over that spillway on the left, but with the high water, the entire dam was being overtopped by the water.  The big pipe formerly carried water to power the sawmill. 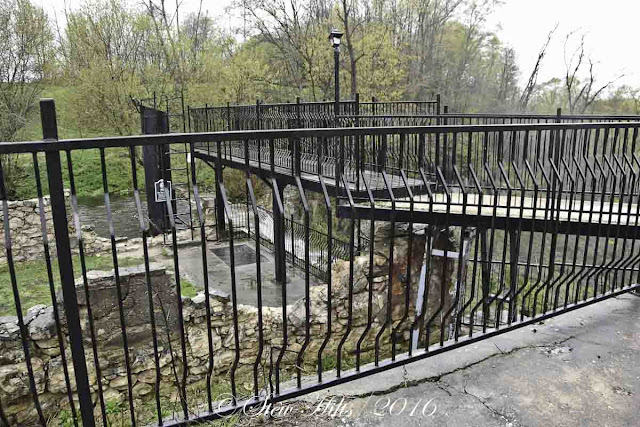 There's now a hotel beside the falls, and they've done a good job of providing a viewpoint over the falls, with a lot of wrought iron fence to provide access, above some of the foundation of the old mill. 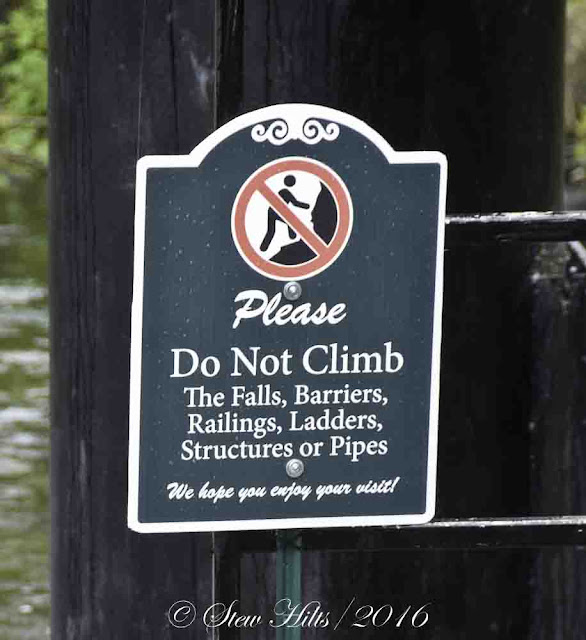 But this year I see they've added a 'Do Not Climb' sign.  The Instagram generation likes to climb into the most dangerous positions possible, to get their adventurous photographs.  It's an increasing problem for publicly accessible waterfalls in Ontario, with no easy solution in sight.