We headed east out of Port Angeles after a nice lunch, planning our route on the fly so to speak.  Somehow we had to get to Bellingham.  The route led us to another short ferry ride out of Port Townsend which deposited us on Whidbey Island.  Looking for a place to take a break, we ended up in Coupeville. 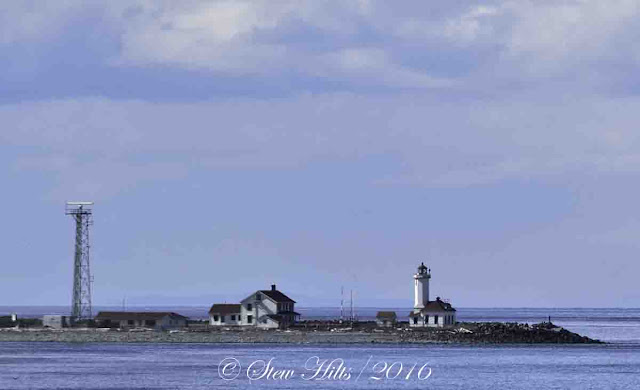 We sailed out of Port Townsend and immediately passed this lighthouse in the distance.  I didn't realize at the time, but the Point Wilson Lighthouse is one of the most important in Washington State.  It marks the opening of Puget Sound, where ships coming down the Strait of Juan de Fuca turn south toward Seattle. 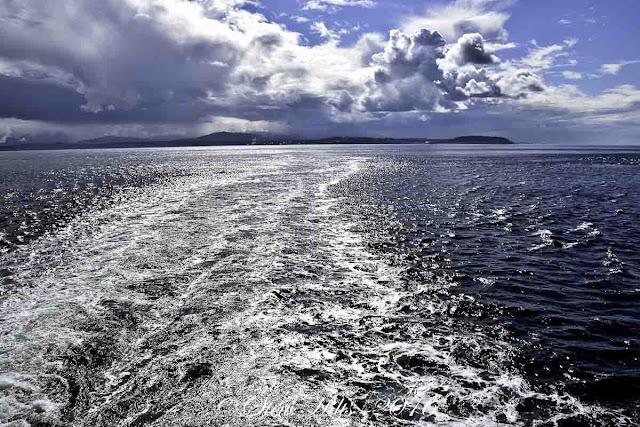 The Port Townsend Ferry is taking us across the northern end of Puget Sound and a few minutes later we arrived in Coupeville.  A tourist brochure we had grabbed suggested it was an interesting historic town to look around. 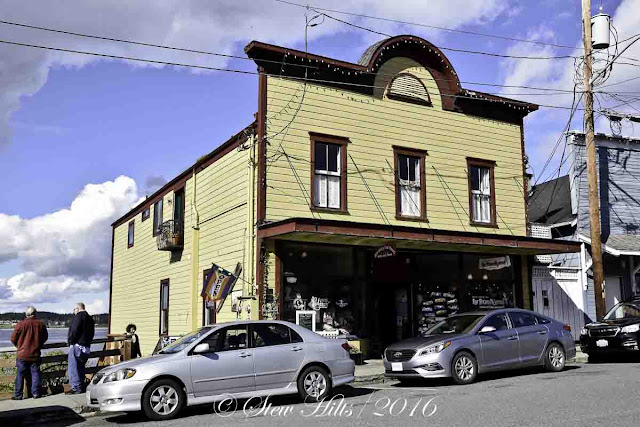 Those brochures were right.  And somehow, on a route we had taken by surprise, my intuition led me to park right outside the Whidbey Isle Yarns shop!  Knowing as you do that Mrs. Furry Gnome is a fibre artist you can imagine that I gained a few brownie points for that! 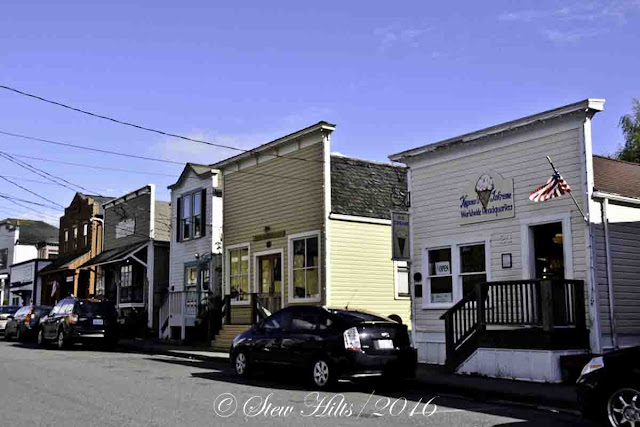 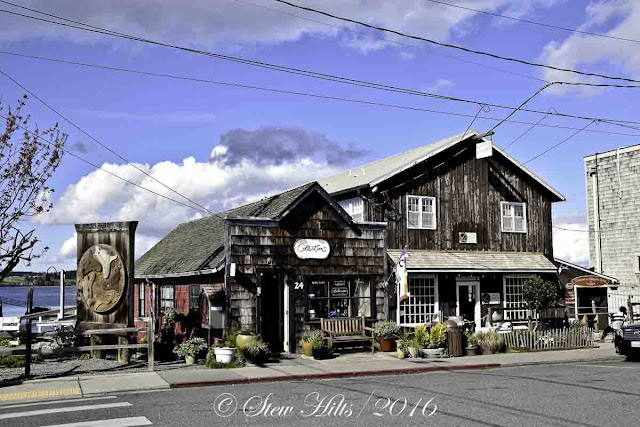 It is a very interesting little historic waterfront, established by Captain Thomas Coupe in the 1850's.  It's now part of the innovative Ebey's Landing National Historic Reserve, a relatively modern designation, and the first one in the United States.  It attempts to preserve a way of life in an area that is mostly private land, including the town. 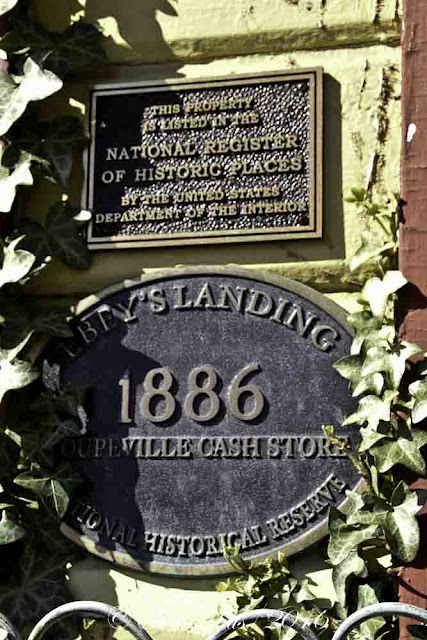 Most of the frame buildings with false fronts are listed on the U.S. National Register of Historic Places, so there were a lot of small plaques beside front doors. 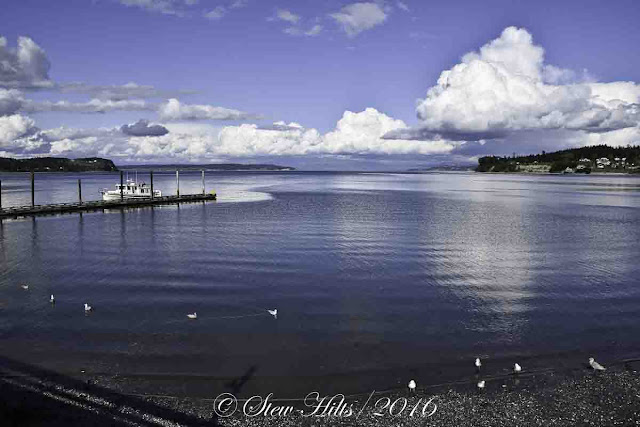 Coupeville sits on Penn Cove, known particularly for its mussels and other shellfish. 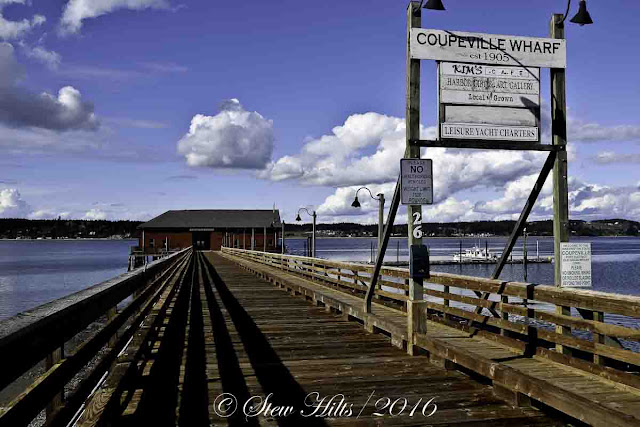 The pier itself is historic, and we walked out to see the view. 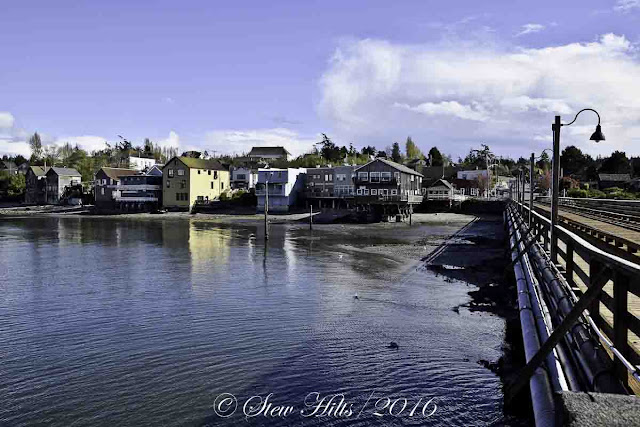 Looking back you can see the waterfront buildings built high enough to allow for tidal fluctuations. 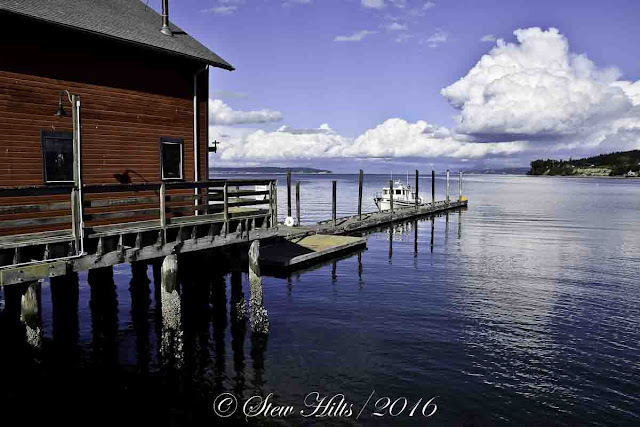 A serendipitous visit, but a nice break on a beautifully scenic day traveling through this maze of islands and channels gradually nearing those Tulip fields.
Posted by The Furry Gnome at 9:10 PM