Back near the beginning of May I led a hike with some students from the University of Guelph, along one of my favourite sections of the Bruce Trail.  It was mostly through the woods, and early spring was just underway.  And it was mostly downhill, my own choice! 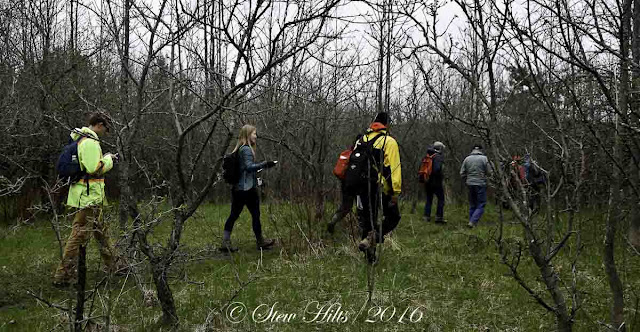 It was a cool morning, with rain threatening, but it held off for our hike.  These students are on a course that takes them off campus doing practical things and learning on their own for two weeks.  It's a course I invented originally 20 years ago, and has no final exam.  It's entirely up to the students how much they learn - but consistently they say they've learned more in this course than any other.  I like to think that once you hand them responsibility for their own learning, they step up and it works. 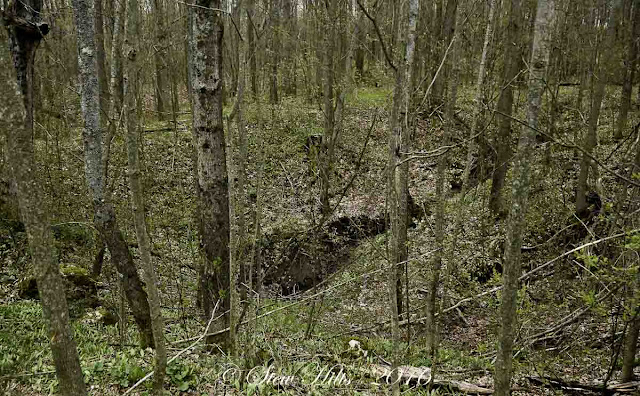 The trail went past one of the largest dry sinkholes in this area, 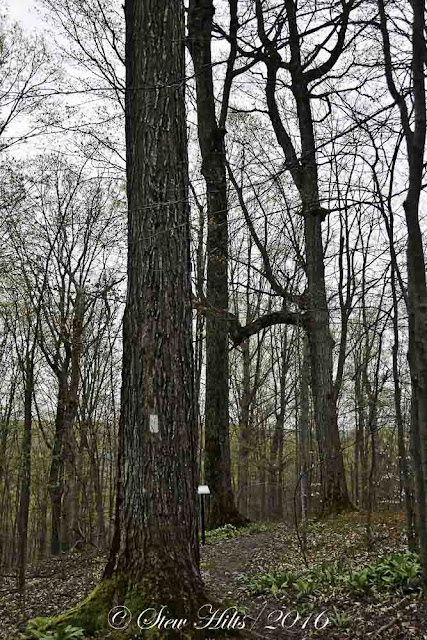 and past my favourite stand of big old Sugar Maples.

The Wild Leek were bright green, 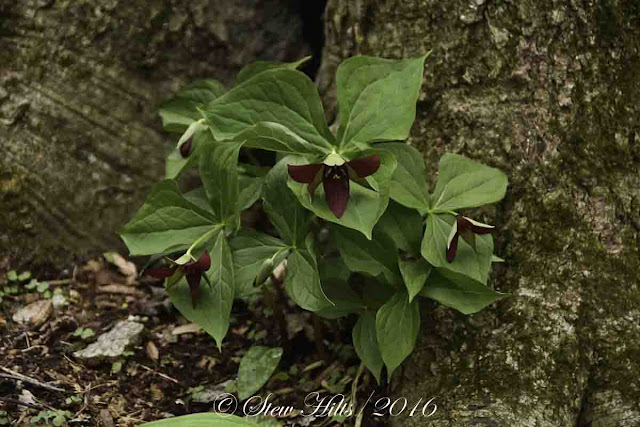 the Red Trilliums were in bloom, and 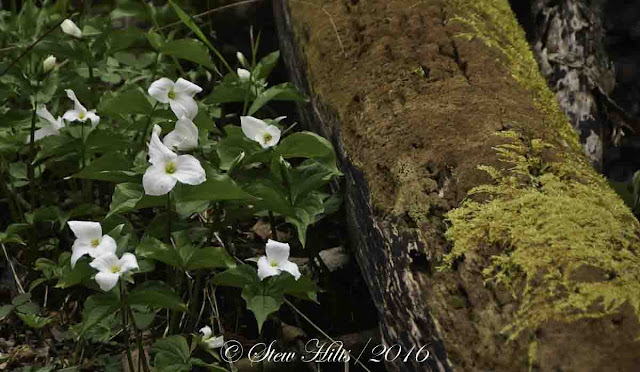 the White Trilliums were just coming out.

Perhaps a bit hard to make out, but these are about a billion tiny Sugar Maple seedlings carpeting the forest floor. 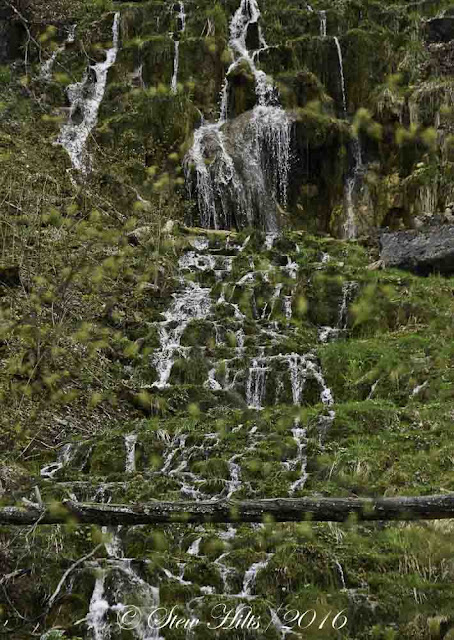 And a nice waterfall tumbling down a mossy slope. 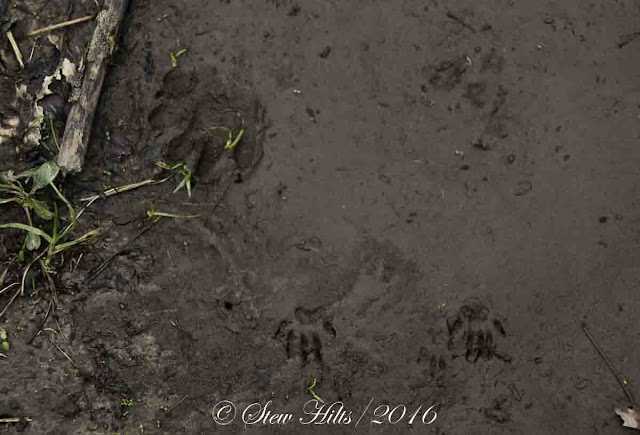 We found these tiny tracks, and wondered what they were.  The larger track in the upper left appeared to be a Raccoon track, but what are those two tiny tracks?  This is one we didn't figure out. 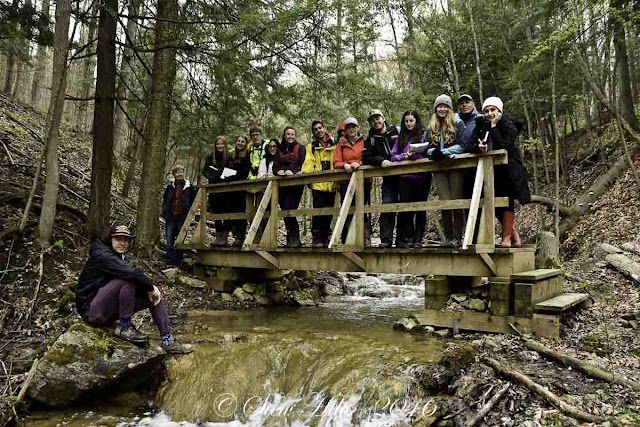 The students all posed on the trail bridge for me.  A great morning; helps keep me young at heart!