The second part of the Butchart Gardens that Jennie Butchart developed was the Japanese Garden, built during the 1920's after the Sunken Garden was mostly complete.  It's located in a small valley leading down to a cove on Brentwood Bay. 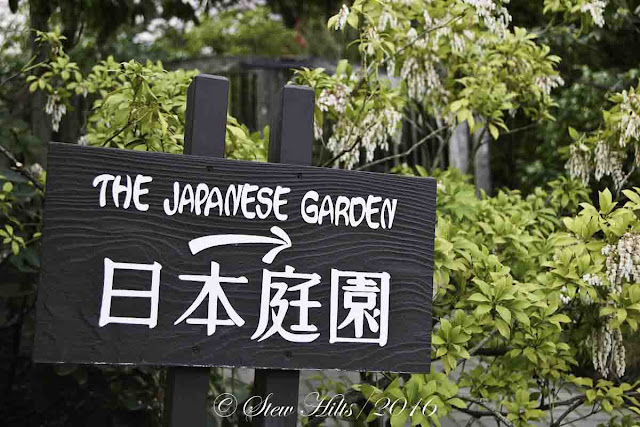 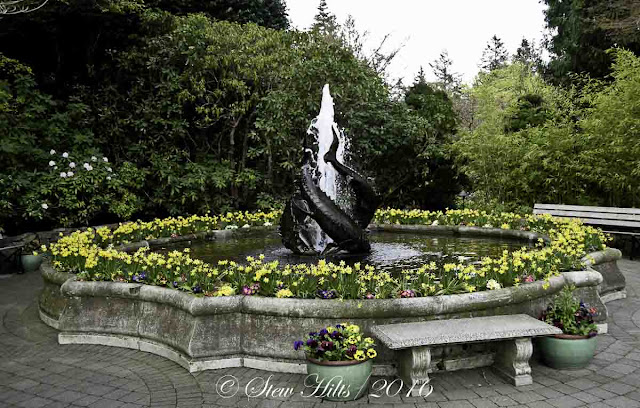 You enter the Japanese Garden past this beautiful fountain of three inter-twining Dolphins, at this time of year surrounded by Daffodils. 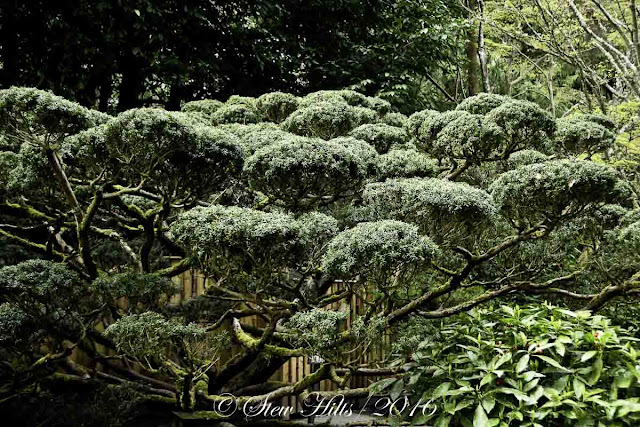 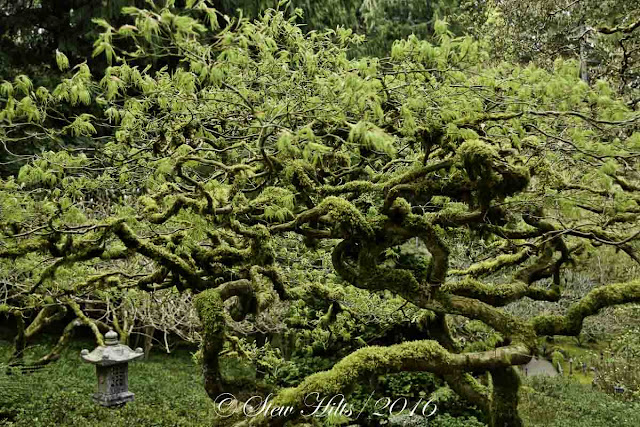 There are quite a few interesting large shrubs or small trees that have either been pruned, or grown to interesting shapes.  In nearly 100 years there has been plenty of time to develop these. 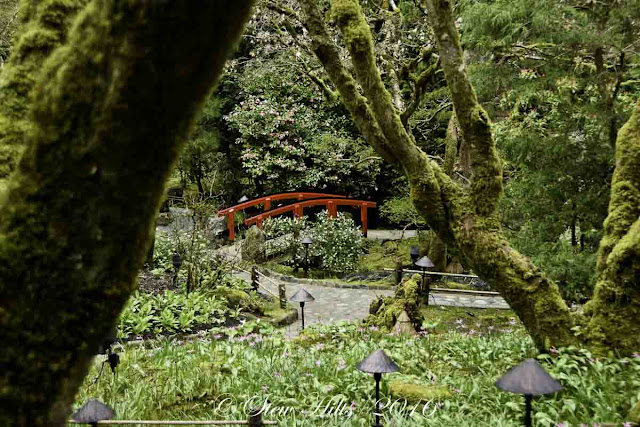 You catch a glimpse of various interesting features as you wander the narrow paths through the garden - like this classic example of a small Japanese bridge that reminded me of the one in Claude Monet's garden at Giverny. 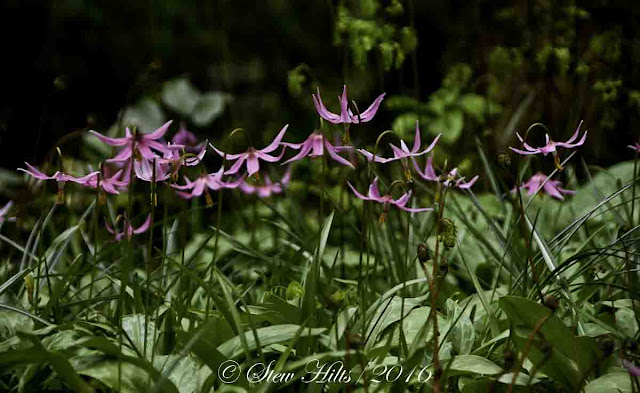 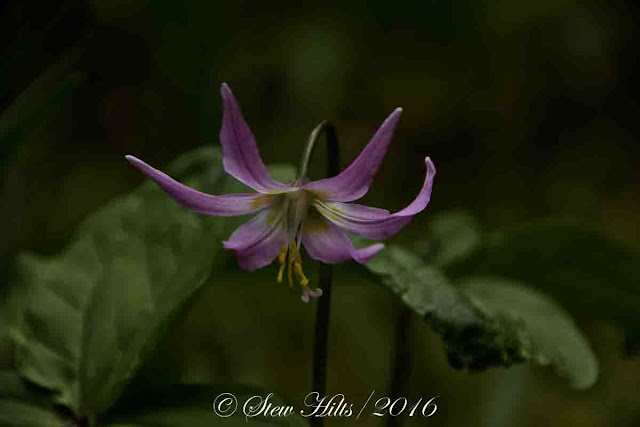 Under the trees in front of me as I took that picture was this patch of the incredibly beautiful Fawn Lily, a western species which I've never seen before.   It also comes in a white version which I think is more common (and I later saw in Victoria).  They remind me so much of the Trout Lilies that grow here, but are bright yellow.  Both are in the genus Erythronium. 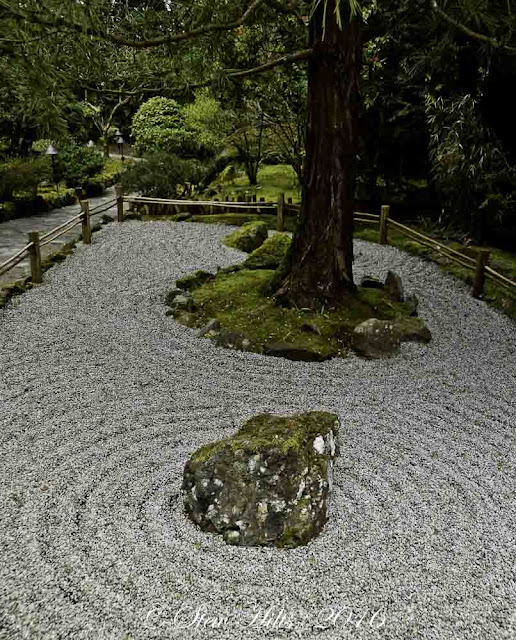 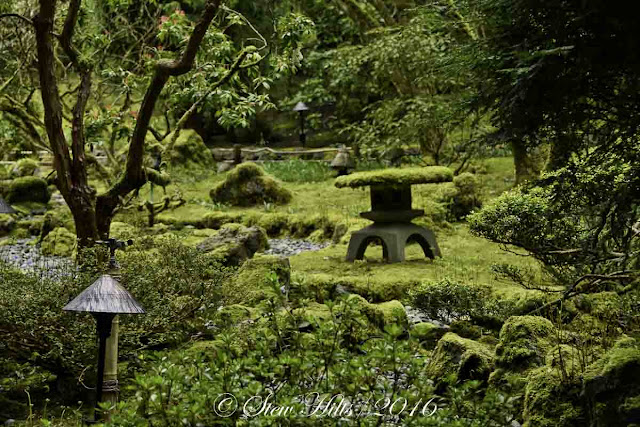 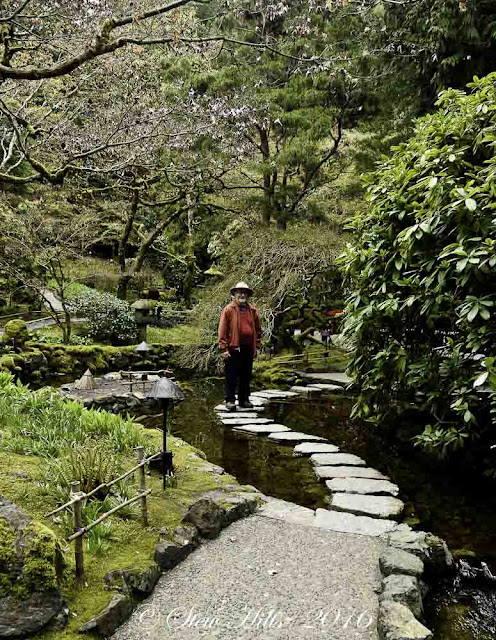 Lots of what I think of as 'typical' Japanese garden features, from raked gravel to stepping stones.  Yes, that's the Furry Gnome on our adventure.  Everywhere things were covered in moss, which has had many decades to spread and grow. 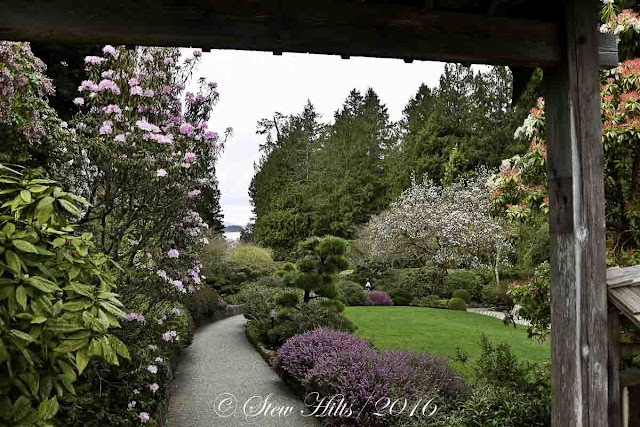 You leave the garden through this gate, and finally you catch a glimpse of the cove at the bottom of the valley.  A beautiful peaceful garden to wander through, and we're still not finished yet!