We were walking back to our hotel room and noticed a ferry loading vehicles just a block from the hotel, so we stopped in to check it out.  Surprise!  You can take a ferry right out of the Inner Harbour straight south across the Strait of Juan de Fuca to Port Angeles on the Olympic Peninsula in Washington State! 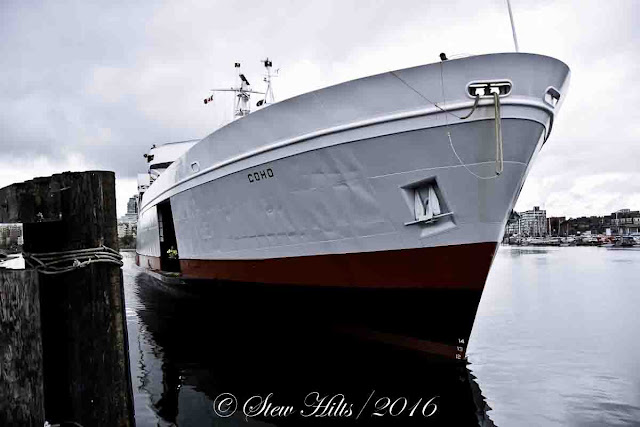 So we abandoned our plan to sail back the usual way to Tsawwassen in B.C. and instead showed up early to catch this ferry.  Always nice to find an enjoyable surprise new route during your travels! 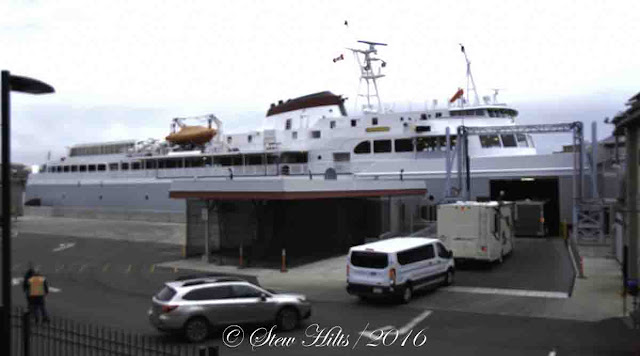 This was the ferry we saw the night before.  It loads directly in and out of the stern, but at the bow is a side loader.  Still it's wide enough for full size transport trucks to drive in and turn.  I can't think of another ferry we've been on like this.

Soon we were chugging fast out of the Inner Harbour.  On the far side, Harbour Air has repainted one of their commuter float planes (usually white,yellow and blue) in red and white for Canada's 150th Sesqui-centennial this year.

We also passed the CCGS Bartlett, a Coast Guard buoy tender based in Victoria, in charge of caring for the navigational aids on the west coast of B.C. 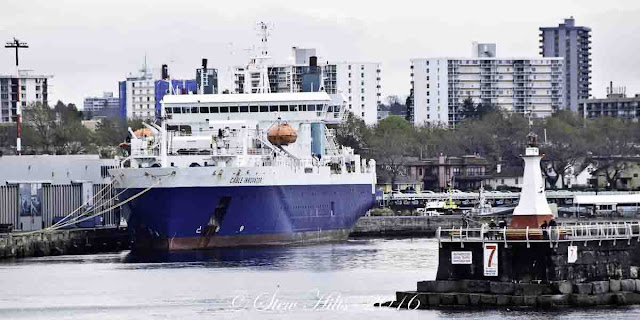 And this unusual ship in the Outer Harbour is the Cable Innovator, a fibre optic cabling laying ship from Britain currently in Victoria.

Looking the other direction past the harbour lights we saw one of several freighters either passing by or waiting to get into harbour. 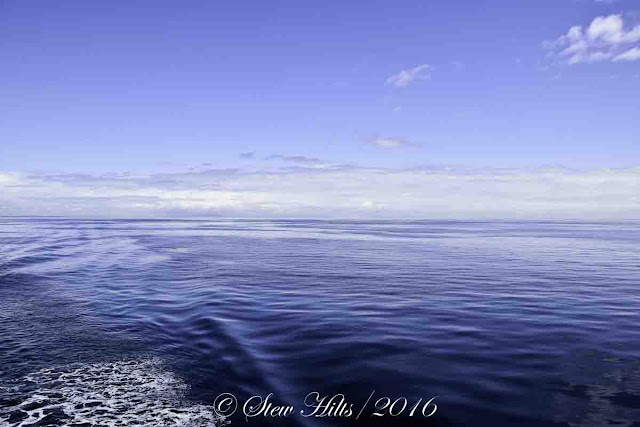 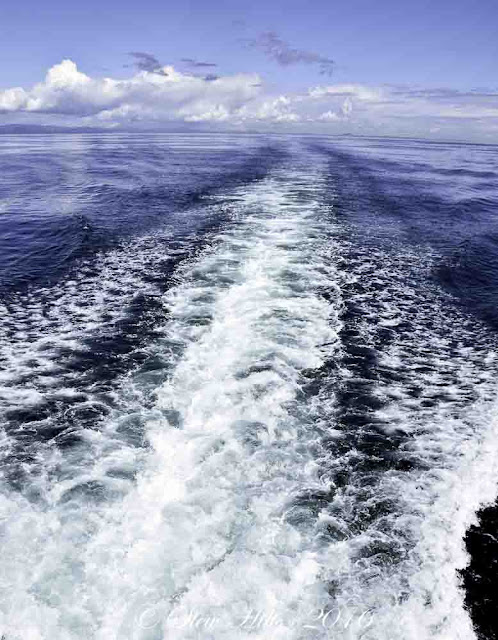 After that it was just plain sailing almost straight south across the Strait of Juan de Fuca, into Port Angeles, a part of the U.S.A. we've never been to.  We were headed for Washington State anyway, to check out the Tulip fields in the Skagit Valley.  This provided just a little more convoluted and interesting route, on two lane roads (and another short ferry ride) instead of the interstate. 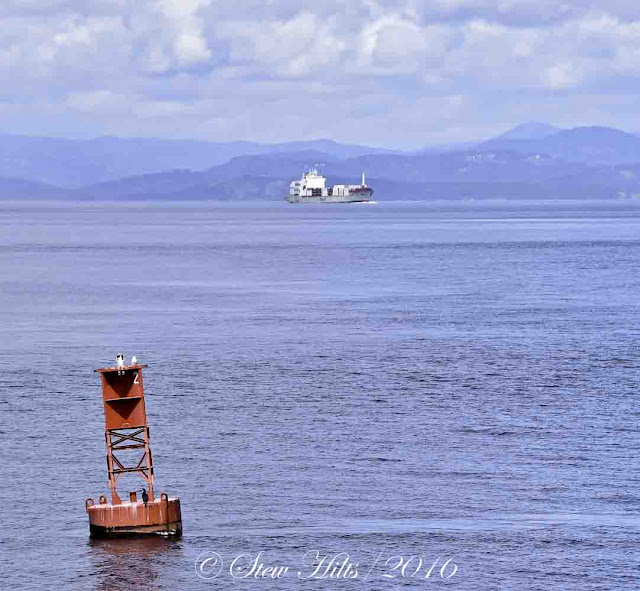 As we passed the port light on the way into Port Angeles, we saw this cargo ship coming down the strait from the open Pacific.  Who knows where it's coming from!

And docked in port was the Alaskan Frontier, an oil tanker down from Valdez.  Remember the Exxon Valdez disaster in 1989?  I had been a loyal Esso customer in Canada until then (because they sponsored Hockey Night in Canada), but when that happened I gave up buying gas at Esso for good! 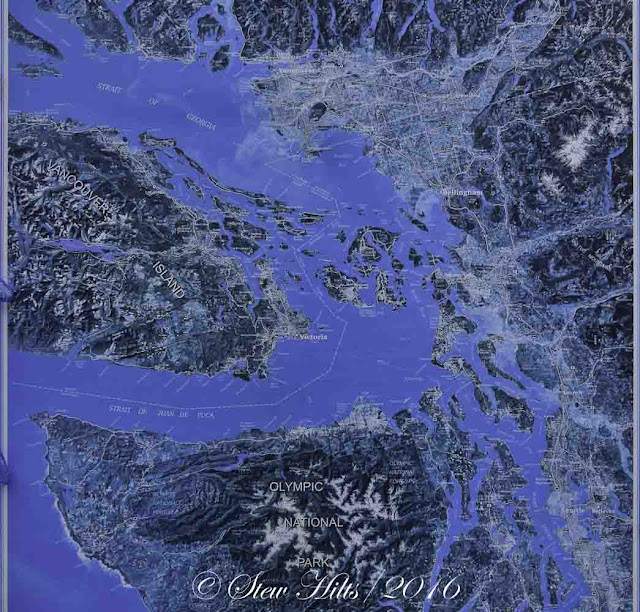 For those interested in maps, as I am, this satellite poster that I spotted outside on Fisherman's Wharf covers the area we're talking about.  The flat Fraser Valley and Vancouver is at the top.  The Olympic Peninsula in Washington State is at the bottom.  Vancouver Island is on the left and Victoria almost exactly in the centre of the image.  You can see the white line of the International Boundary running down the middle of the Strait of Juan de Fuca.

The Skagit Valley is in the middle right, a short distance down the Washington coast from Bellingham.  We had to dipsy-doodle across several islands to get there, but it was a fun and scenic drive.