It already seems traditional to review the past year on New Year's Eve, so I've chosen one picture per month to share with you.  The ones I've chosen are not my favourites, not my best pictures, and certainly don't capture our exploring adventures in the past year, but they do capture the seasons, which after all are the main topic of this blog.  So I hope you enjoy them, one per month, to illustrate the essence of the changing 'Seasons in the Valley'. 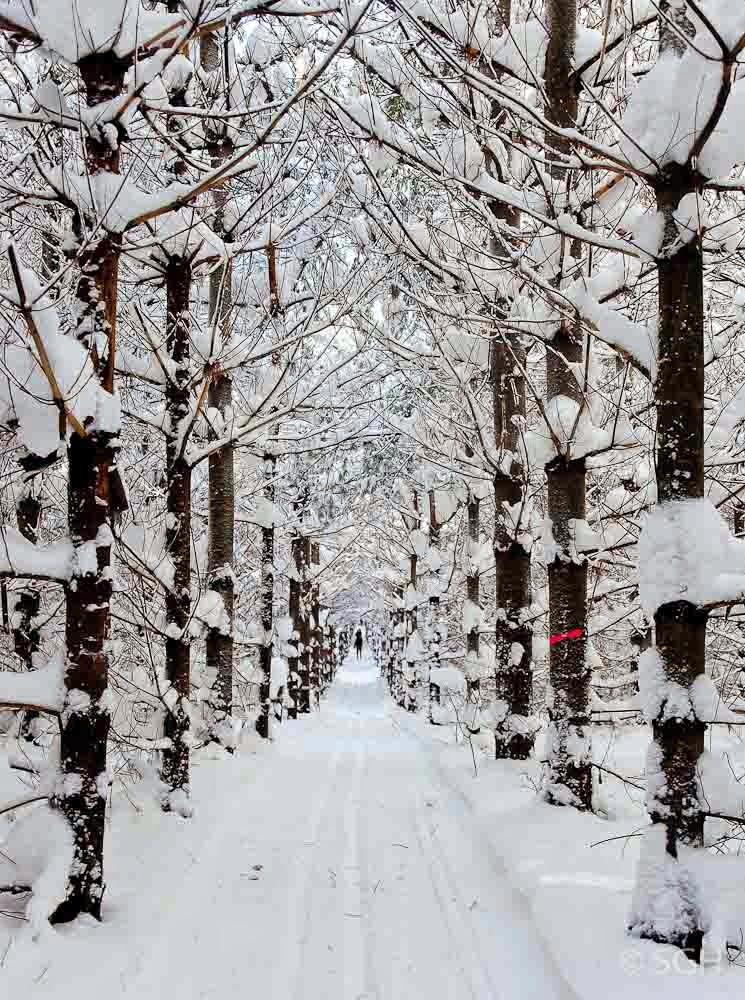 January - cross country skiing through the pine plantation.  This is always one of my favourite runs at the Glenelg ski trails, especially after a fresh snowfall leaves the trees wrapped in white.  January started winter off well, with plenty of snow for skiing, snowshoeing or snowmobiling right from the start. 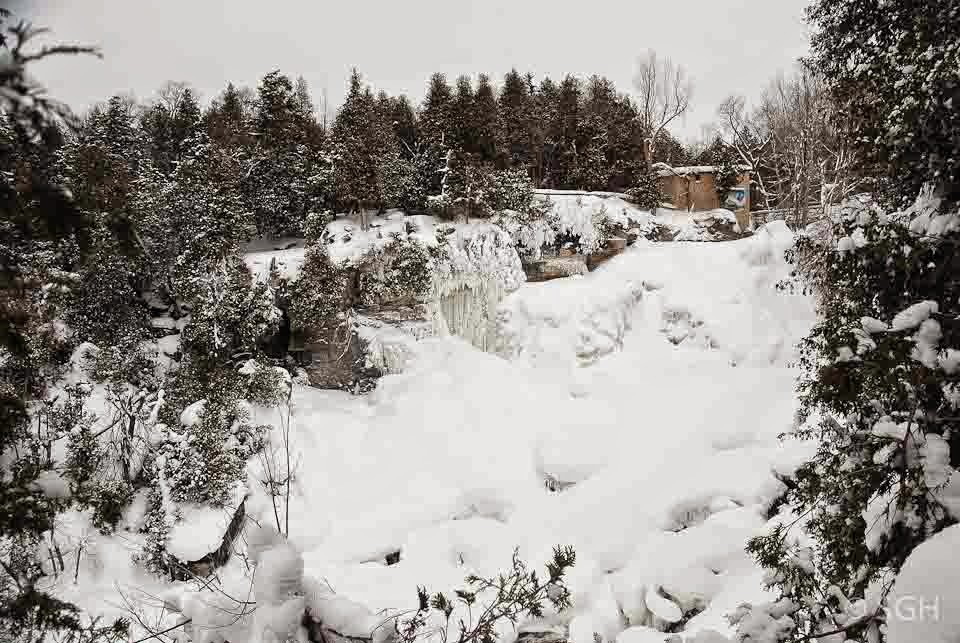 February - Inglis Falls, totally frozen over!  By February we had had a stretch of very cold and windy weather, with lots of snow - minus 30°C. for a week or more.  For the first time in my knowledge, Inglis Falls was totally frozen with a cover of ice over the water, plunging down over the rocks underneath.  That illustrates just how cold part of last winter was! 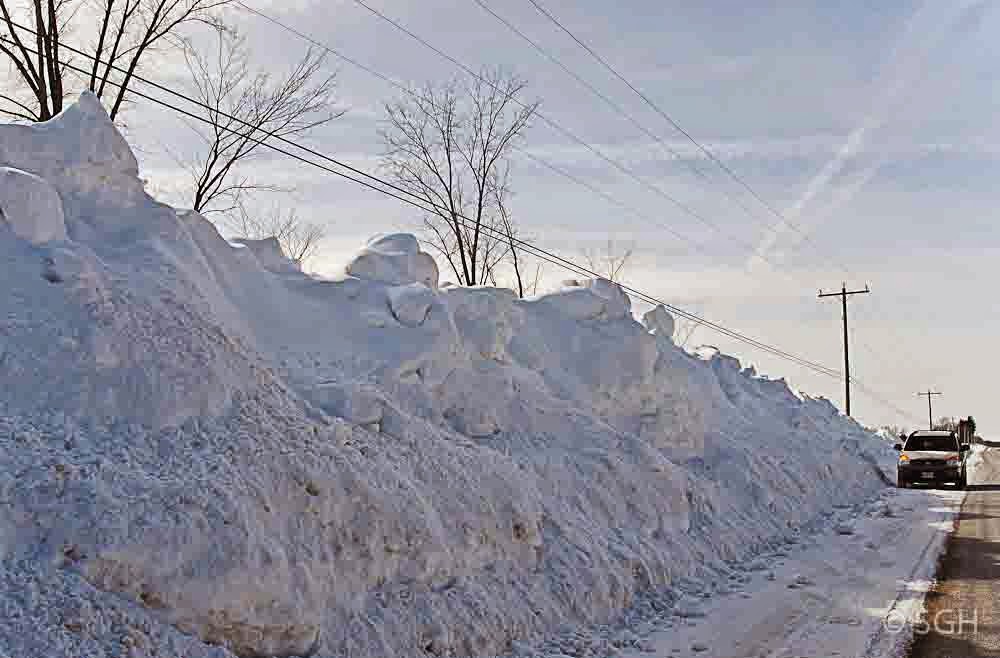 March - 15' snowbank.  By March, the roadside snowbanks just kept accumulating.  The plows did their best, but eventually they had to bring out the front end loaders, close stretches of the worst roads, and lift the snow further back off the road.  Never in my life have I seen snowbanks like 2014. 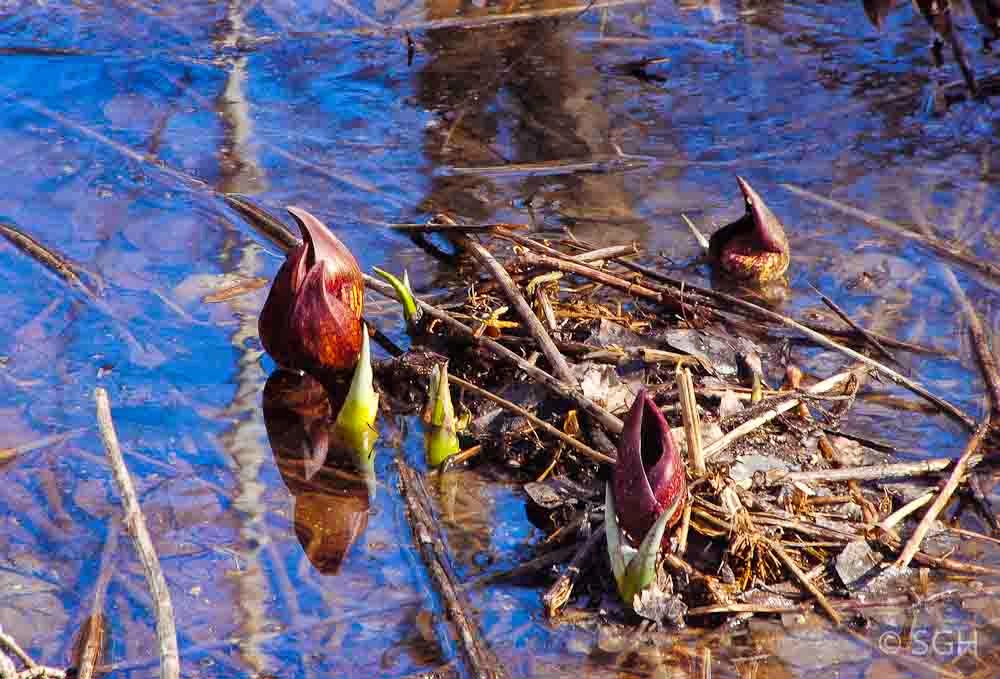 Apr. - Skunk Cabbage in bloom.  Not a very exciting picture, but in my mind, the first sign of spring in the natural world is the Skunk Cabbage, which emerges right through the snow with its deep purple spathe.  The flower is protected inside.  Its appearance heralds the melting of the snow, flooding of ditches and streams, and the coming of many more wildflowers. 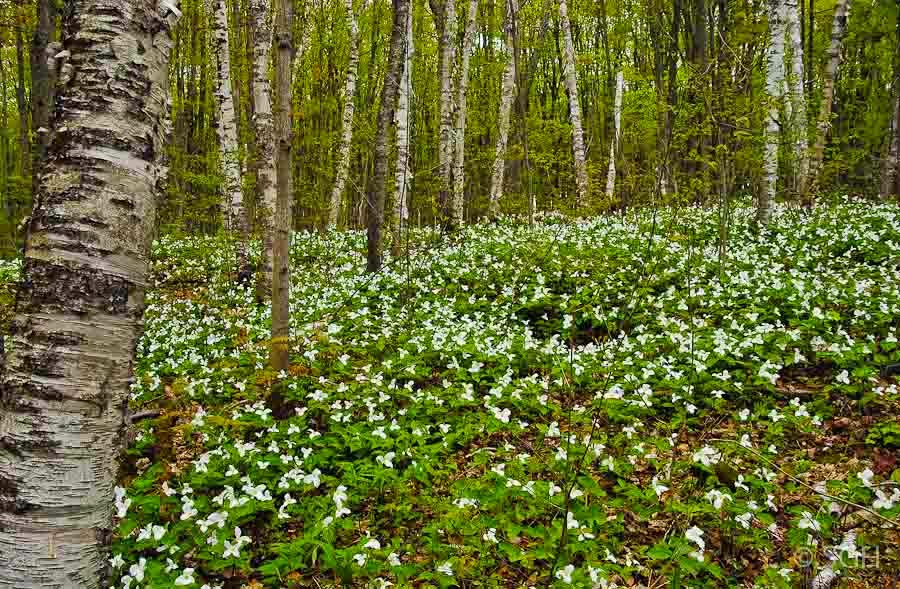 May - Trilliums, Old Baldy.  Among those early spring wildflowers, the White Trillium is undoubtedly one of the best known here in Ontario, where it's the provincial flower.  We always make sure to schedule a Bruce Trail hike that will take in the trilliums blooming in the woods - and usually also see many other species of flowers under the pale green of the emerging tree leaves. 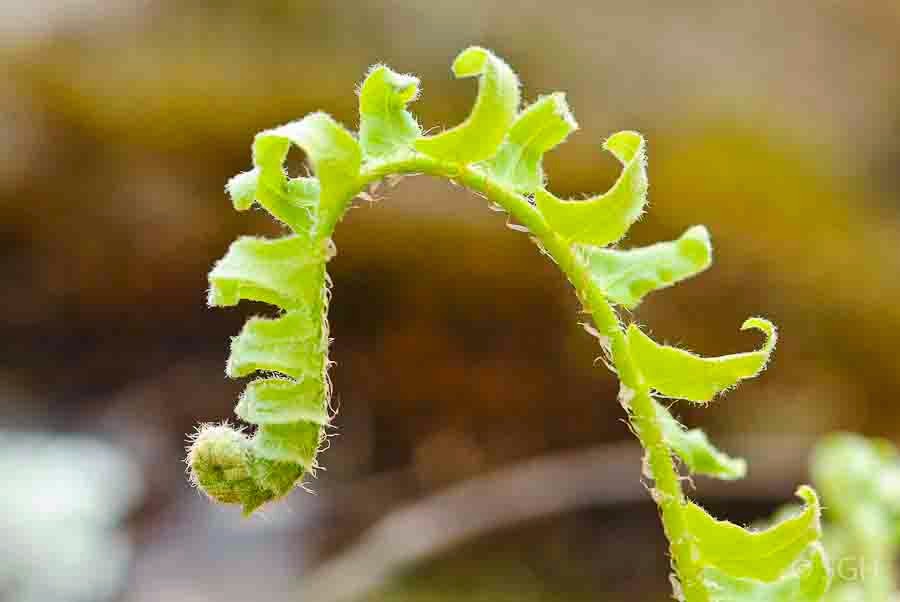 June - Christmas Fern emerging.  By June, the ferns are unfolding their fiddleheads under the green forest canopy.  I'm not sure why, but I've always been fascinated by ferns - the only group of plants whose Latin names I once learned when I was enthusiastically exploring botany.  They still strike me as one of the most interesting plants in the woods. 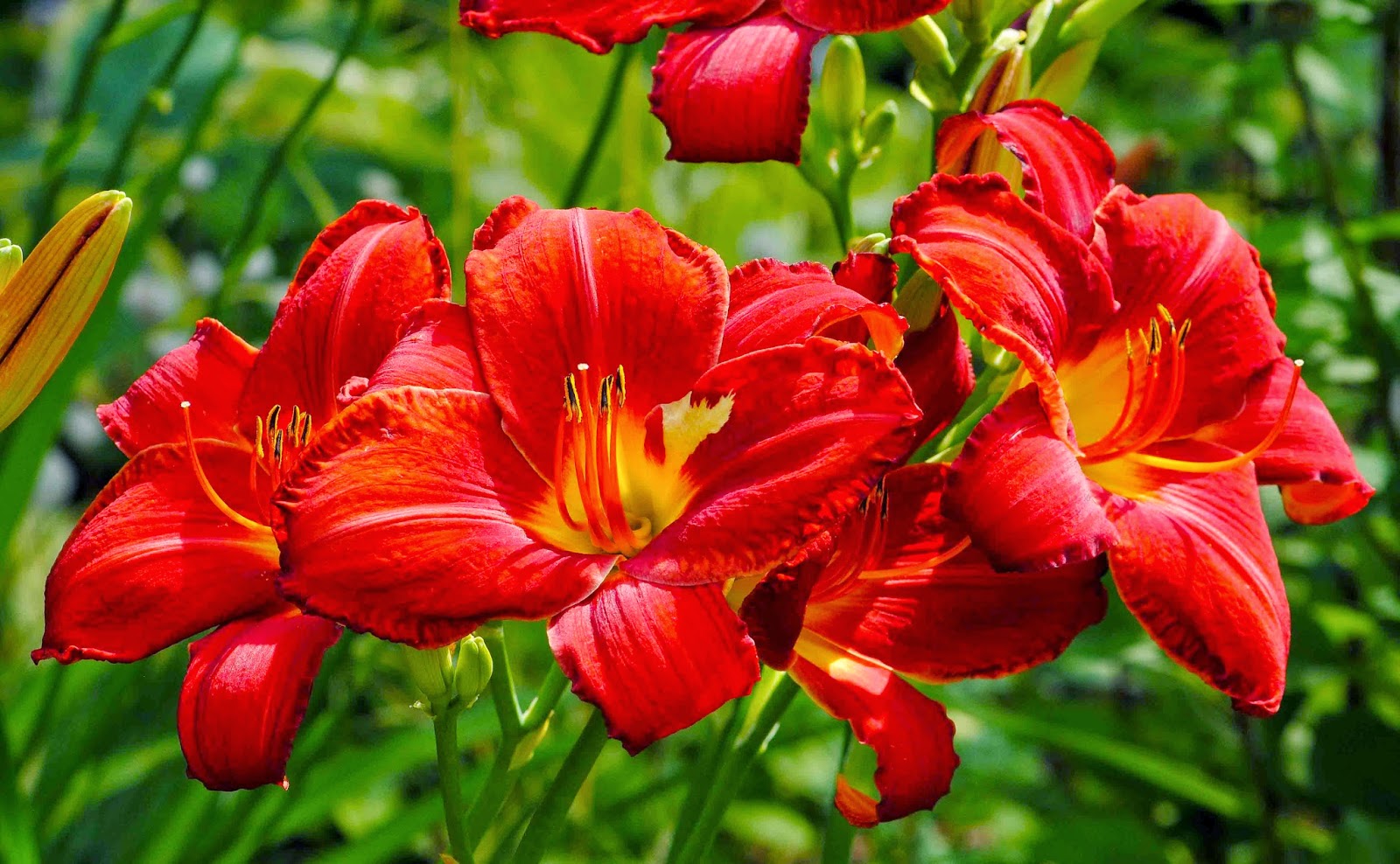 July - Day lilies in the garden.  I certainly have to give credit to our garden for much of the colour over the summer months of the seasons.  Although most of my exploring is of the natural world, the changing show of colour among the garden plants right outside our door is a constant changing story of the seasons - and the day lilies are the highlight of that over the year. 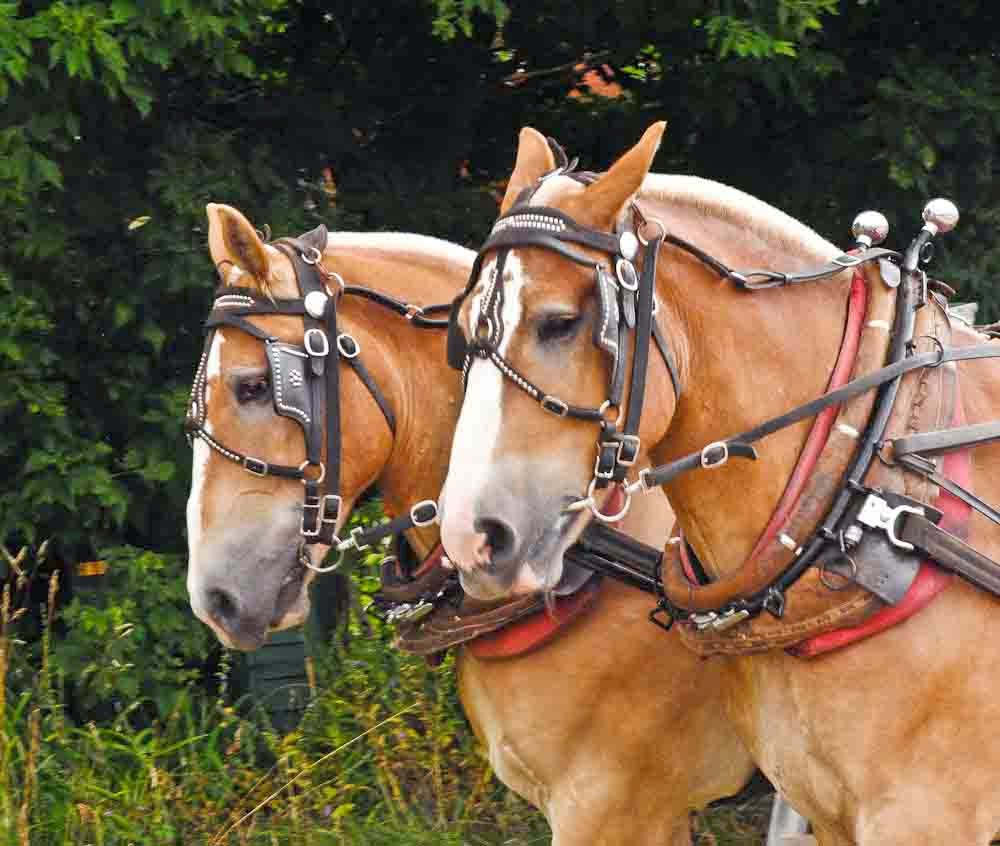 August - the Fall Fair.  These heavy workhorses are my favourite feature of the local fall fair, which is an early one, in late August.  But fall fairs everywhere symbolize the changing season in agriculture.  Many crops are in, animals are growing, and farm families gather to celebrate the year.  For the first time this year I joined in, entering the Photo Contest, and actually winning a few prizes! 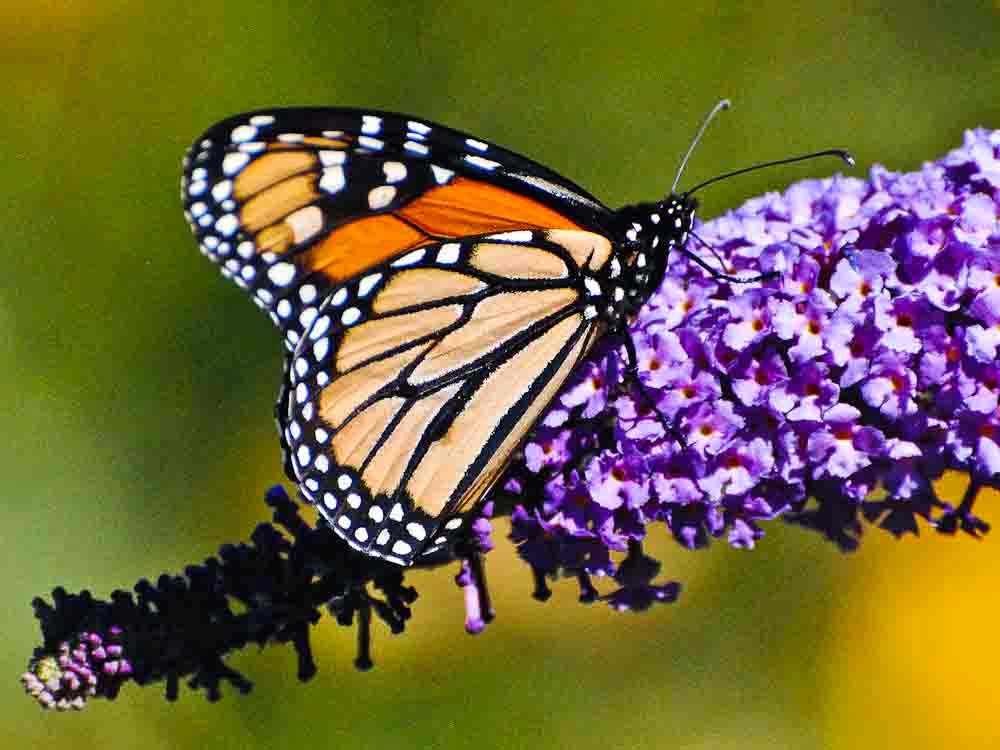 Sept. - Monarch Butterfly on the Butterfly Bush.  The Monarch is the queen (or king) of butterflies for me, though it's been hit hard with the loss of Milkweed, it's preferred food and breeding plant.  We were pleased to see several in our garden therefore, late in the season, after most other butterflies had come and gone. 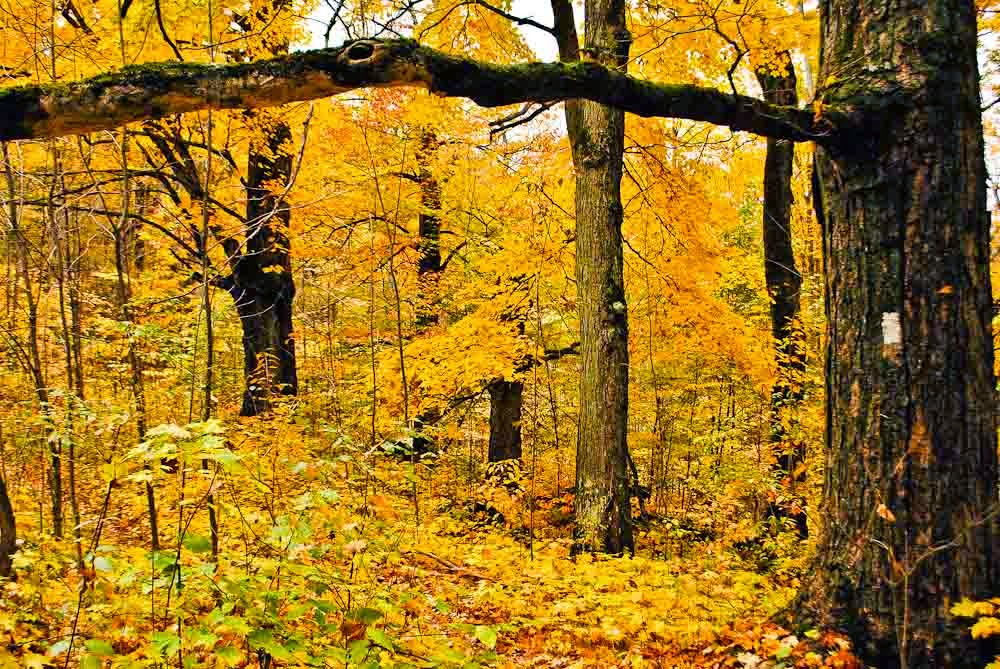 Oct. - Fall colour along the Bruce Trail.  Fall is the month for  both fall colours and for hiking.  It's a great time of the year to get out along the trails, and watch the leaves turn.  It ends the long summer season, and starts us into the dormant 5 or 6 months of the year.  Here the trail winds past some big maples through one of my favourite woodlands. 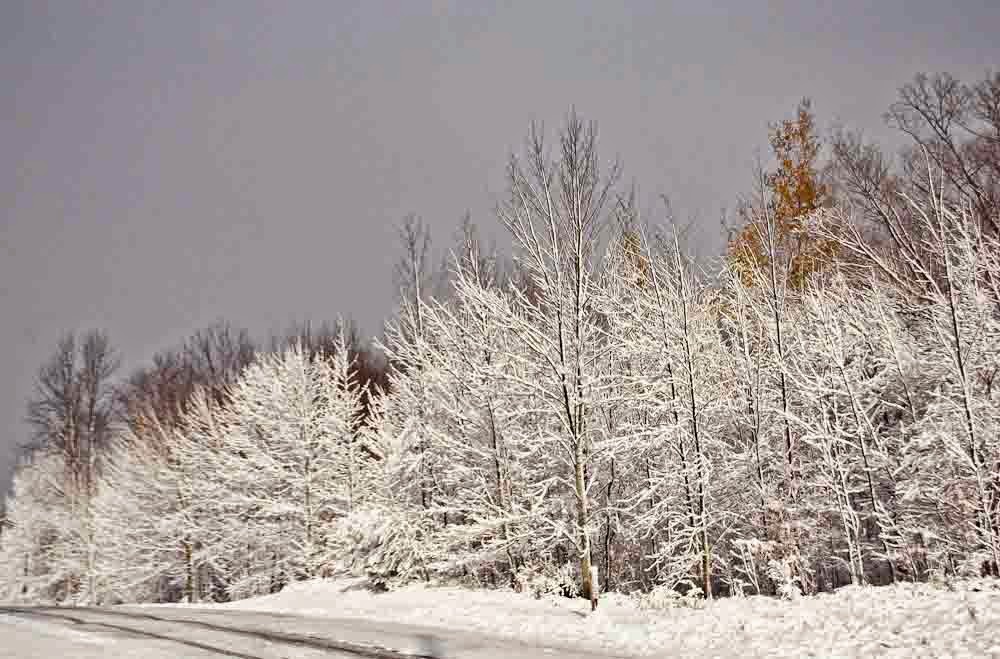 November - first snowfall.  Although it's been known to happen in October, usually our first snowfall is in November, and often it's moist snow that sticks to the young trees and shrubs, turning it all into a winter wonderland.  It may not last long, but it's beautiful while it does, and heralds much more to come. 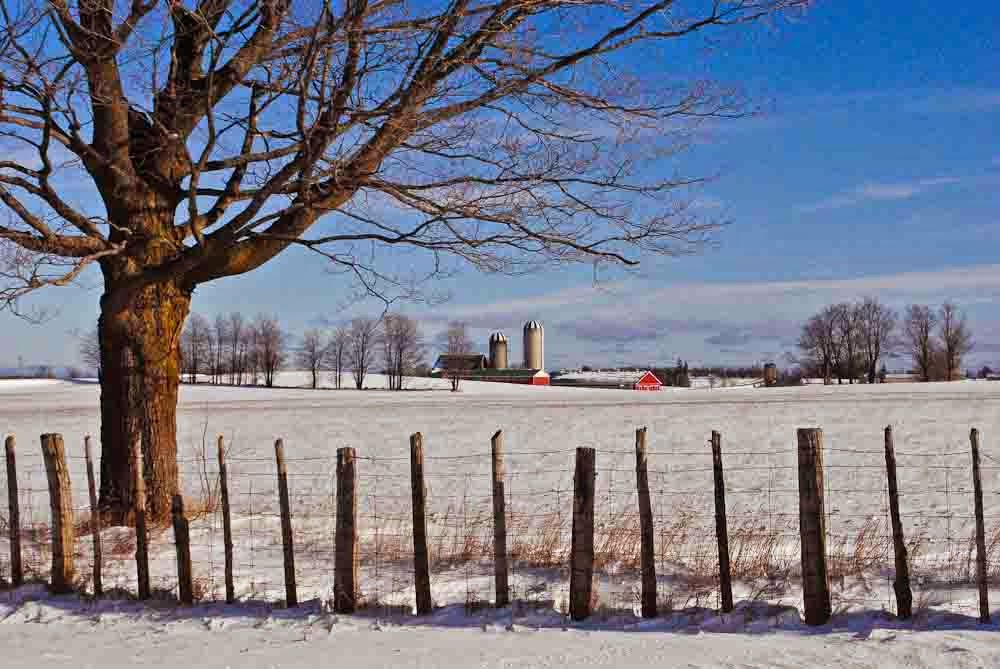 December - Winter arrives.  By December, the leaves are long gone, our world is usually frozen, and the snow begins to stay on the ground.  Hopefully all farm crops are in.  This December we didn't have much snow, and ended up with a green Christmas, but it has snowed for the last three days, and there's plenty of white stuff to end the year with!

Hope you enjoyed a retroactive look at the seasons here in the valley, and best wishes for a great 2015!
Posted by The Furry Gnome at 6:02 PM