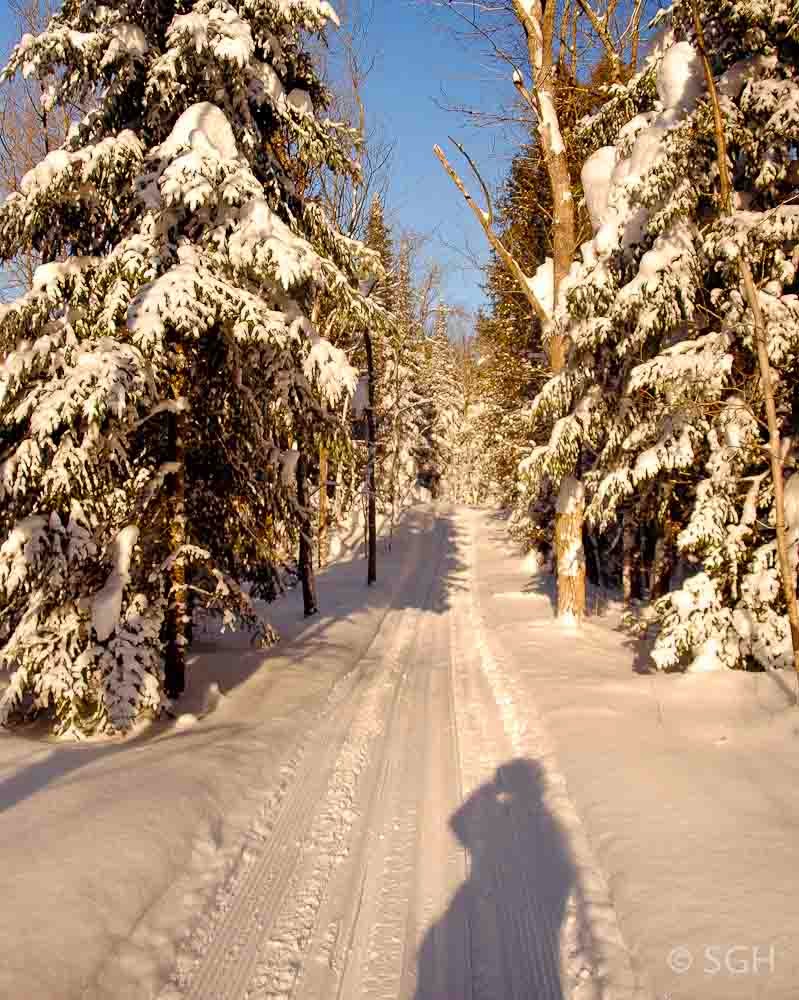 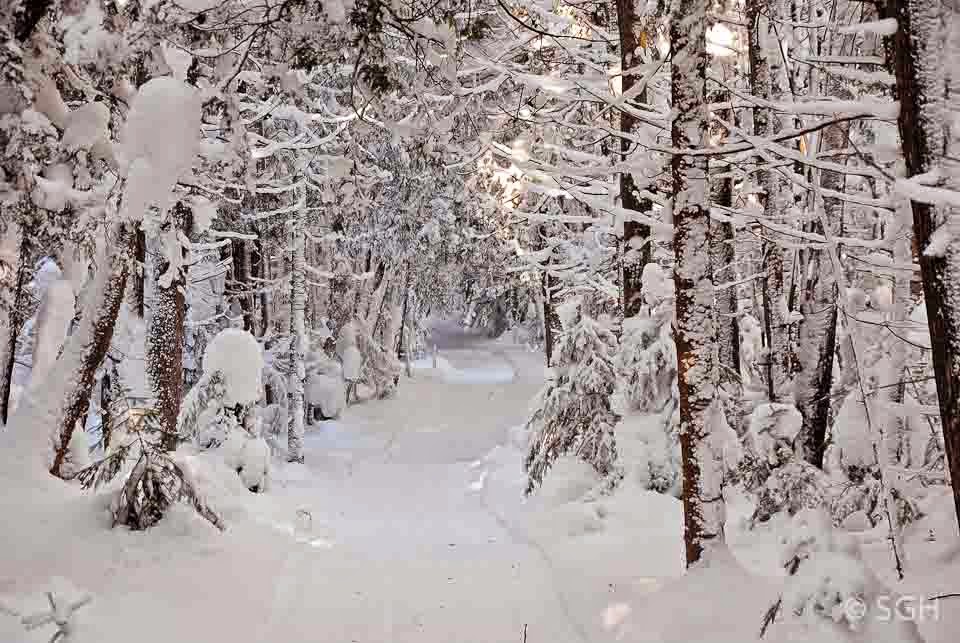 February -Down in the swamp.  I think my favourite ski trail of all is the stretch of one trail at Glenelg that goes through a cedar swamp - impassible and impenetrable the rest of the year, but a place of beauty in the snow, especially with the sunlight filtering through the trees. 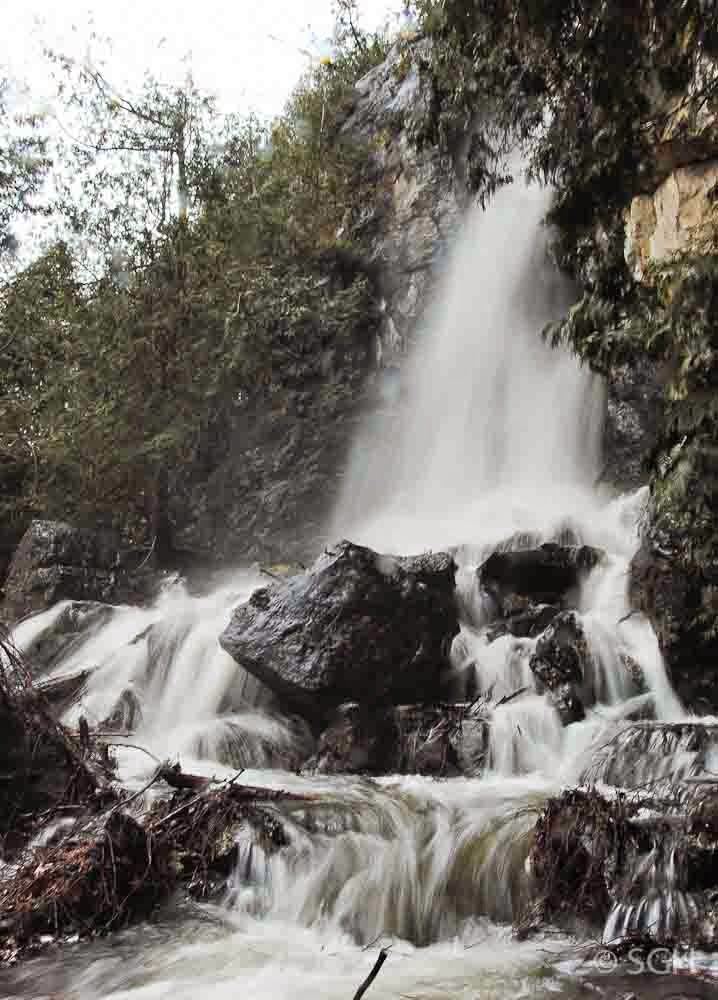 April - The Ephemeral Waterfall.  Just more skiing in March, but several great adventures in April.  First, I climbed down a ski hill and along the base of the cliff to see for the first time, the ephemeral waterfall that is created when Wodehouse Creek backs up and floods during the spring melt.  This was a huge roaring waterfall for a few weeks in 2014, but then dried up completely for the rest of the year. 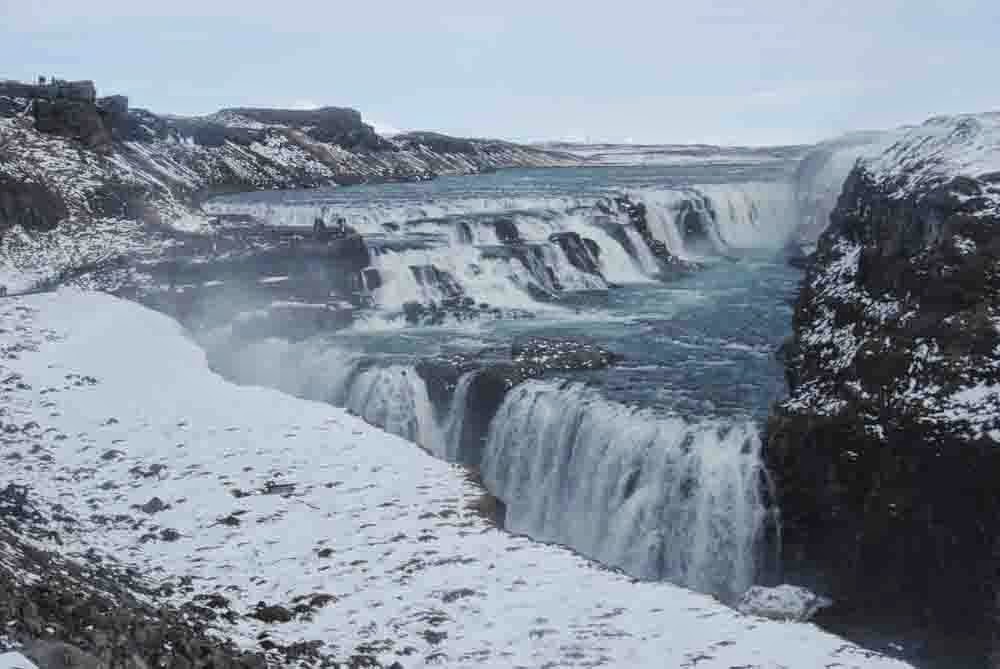 Iceland - We had a crazy trip to Iceland for a week when we saw an off-season travel bargain at less than half price and decided to try it.  I'm still wary of such 'bargains', but this one was exactly what it promised. We saw geysers, whales, mountains, and some of the most spectacular waterfalls in the world!  This is Gulfoss Falls - all for less than the price of visiting Disney World (and a lot better scenery!). 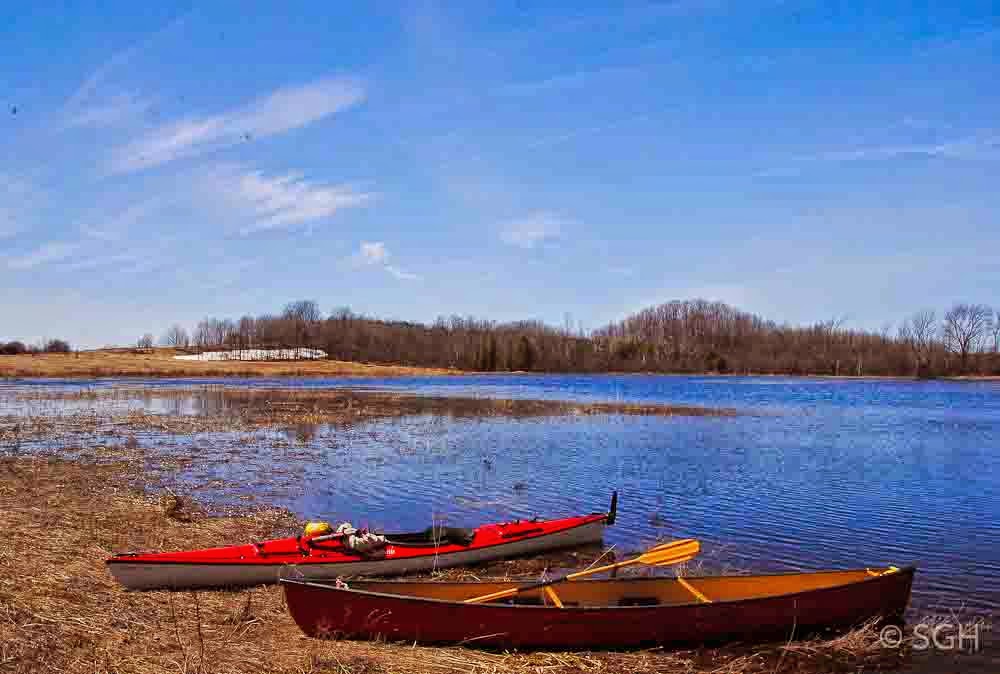 The flooded karst!  Back home at the end of the month, a friend and I paddled in on the ephemeral lake that is created when Wodehouse Creek, which normally drains down through a sinkhole, overflows and floods.  This is normally a hay field.  It's the drainage from this lake that creates the ephemeral waterfall above, both of which lasted about 3 weeks this year.  This was a really neat expedition, even if short. 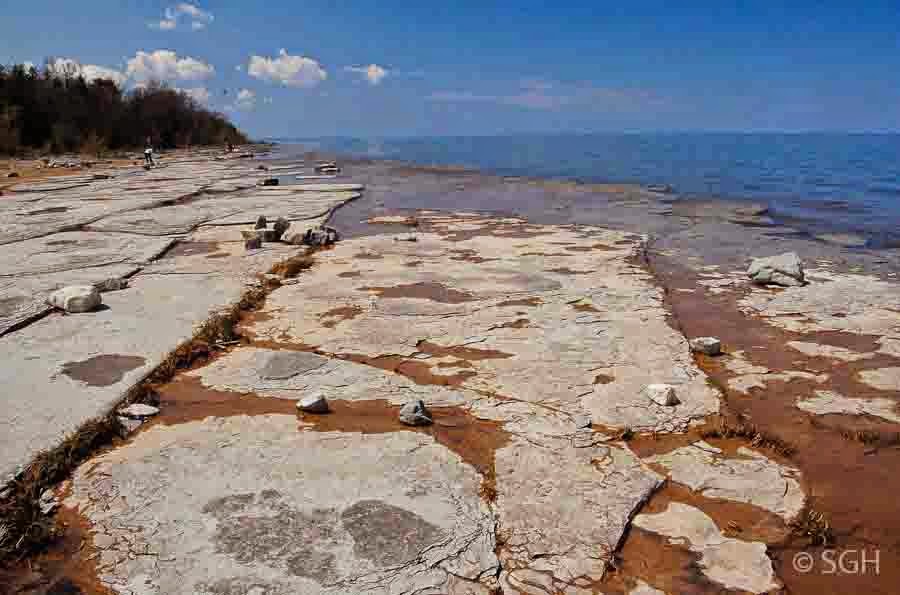 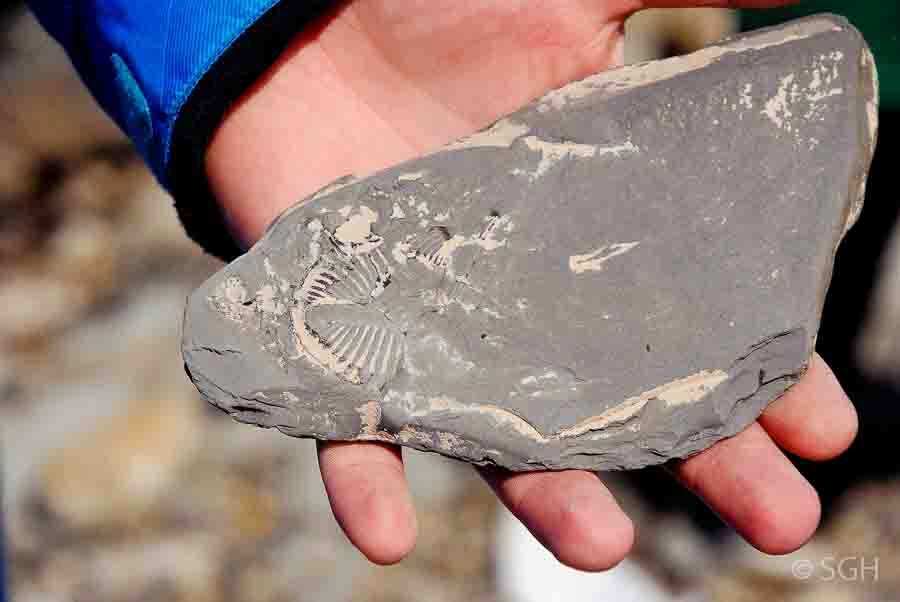 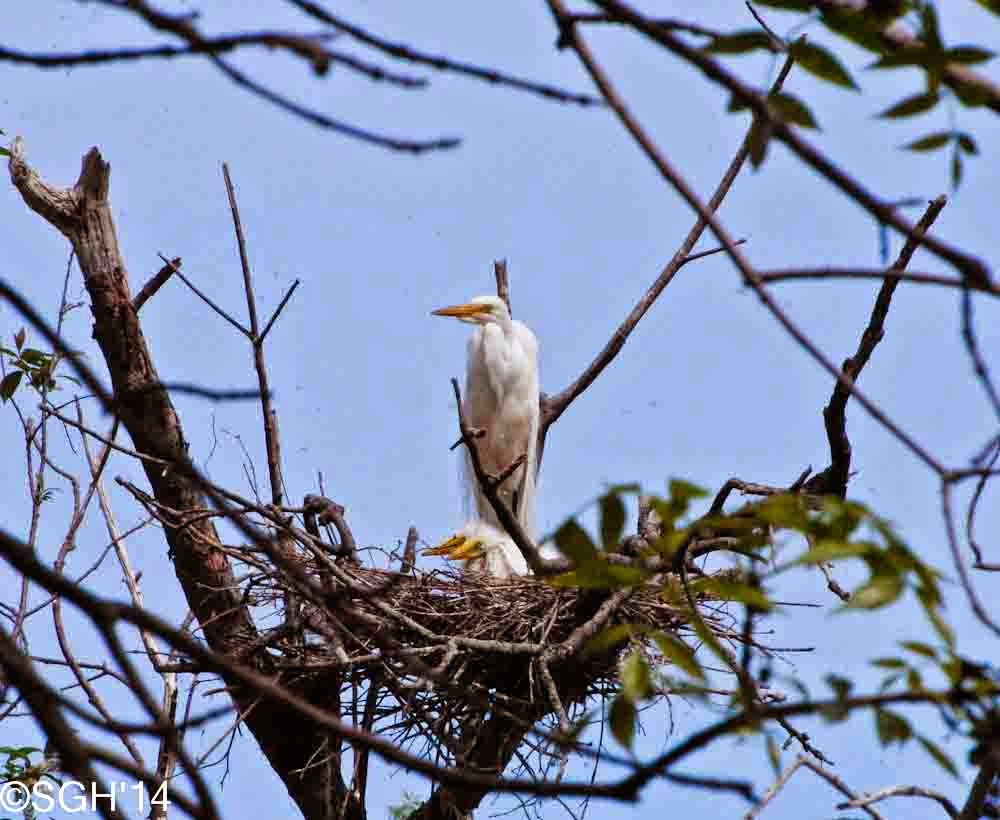 June - Egrets on Chantry Island.  Our little photo group organized a late spring outing to Chantry Island, off the harbour of Southampton.  It's a bird refuge to protect the nesting egrets, and was absolutely amazing. 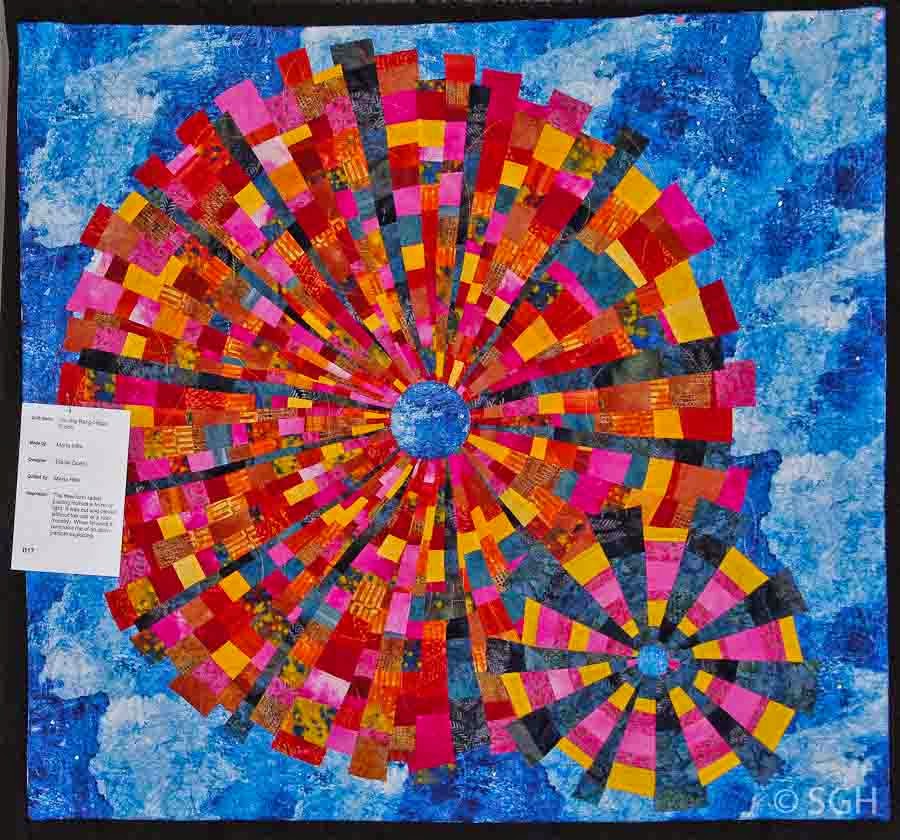 The Fabric Artist's Quilt Show!  And for the fabric artist in the family, the giant Markdale Quilt Show took place in late June, after 2 years of organizing work.  It was a spectacular success for the Queen's Bush Quilting Guild, and the fabric artist deserves a lot of credit!  Now she can get back to quilting instead of organizing!  This is my favourite among her many quilts - what I call her 'Explosion Quilt'.

Snowing steadily today, up to about 6", with wind blowing it into drifts.  It's looking like January for New Years!  And the snow just keeps on coming - that's a good thing, a very good thing in my mind.
Posted by The Furry Gnome at 4:47 PM