Barns on a Sunny Day

We had a sunny afternoon last week, at least 2-3 hours of it, so I took my camera as I drove into town with some errands.  Coming home on the back roads I was able to stop safely to get pictures of several more barns.  I'm getting really interested in this! 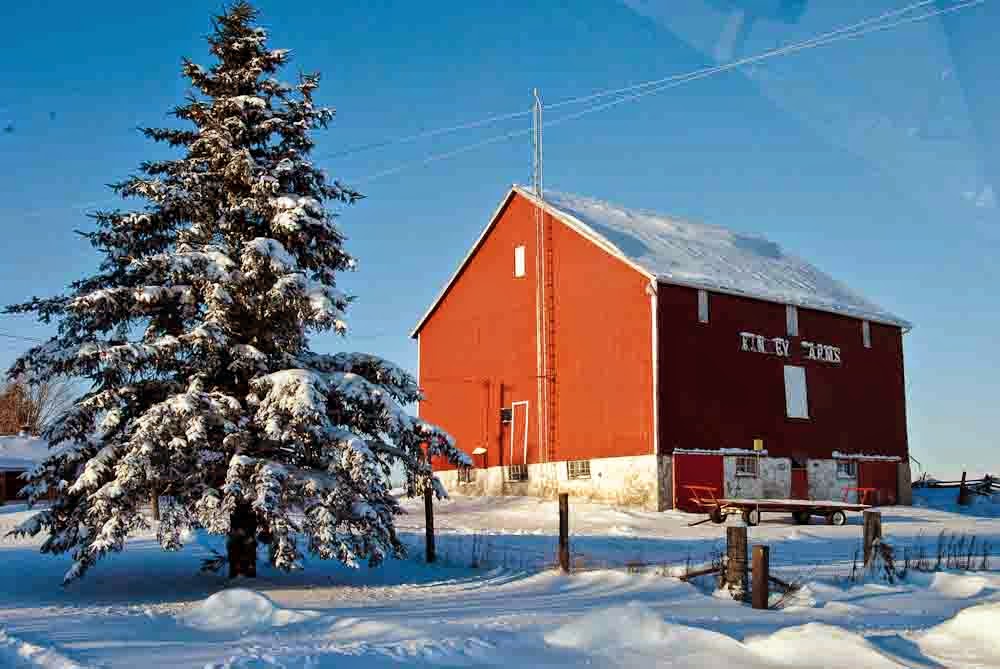 I'm noticing the importance of getting the sun at the right angle to get the picture you want, and in later afternoon this day the sunshine was great, even if it was bitterly cold. 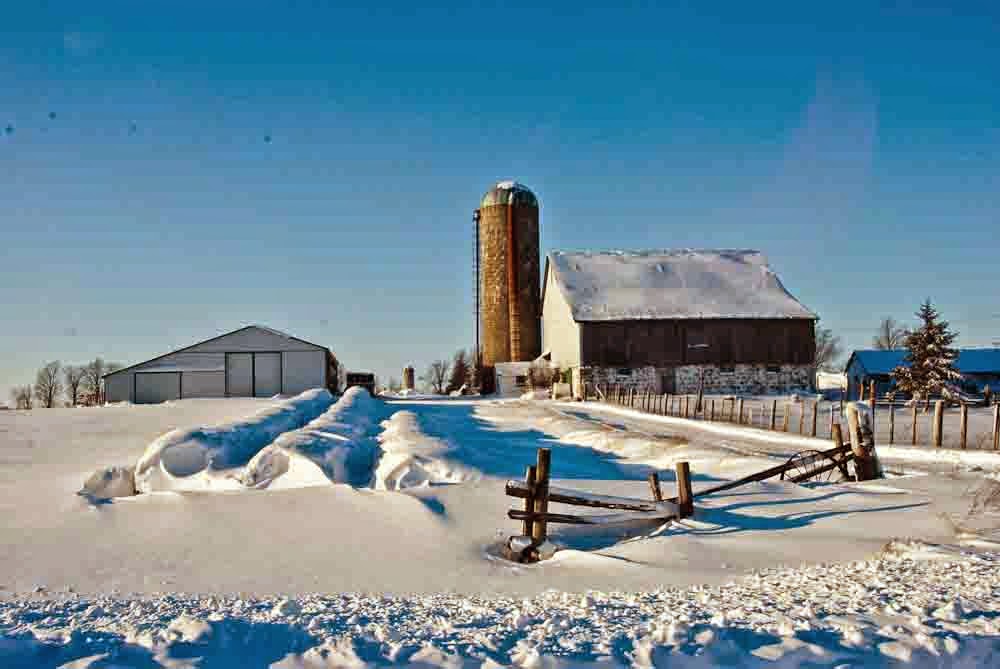 I took pictures of this farm from several angles, but I liked this one with the snow-covered hay bales and fence in the foreground.  The silo suggests a dairy operation - perhaps a former operation? 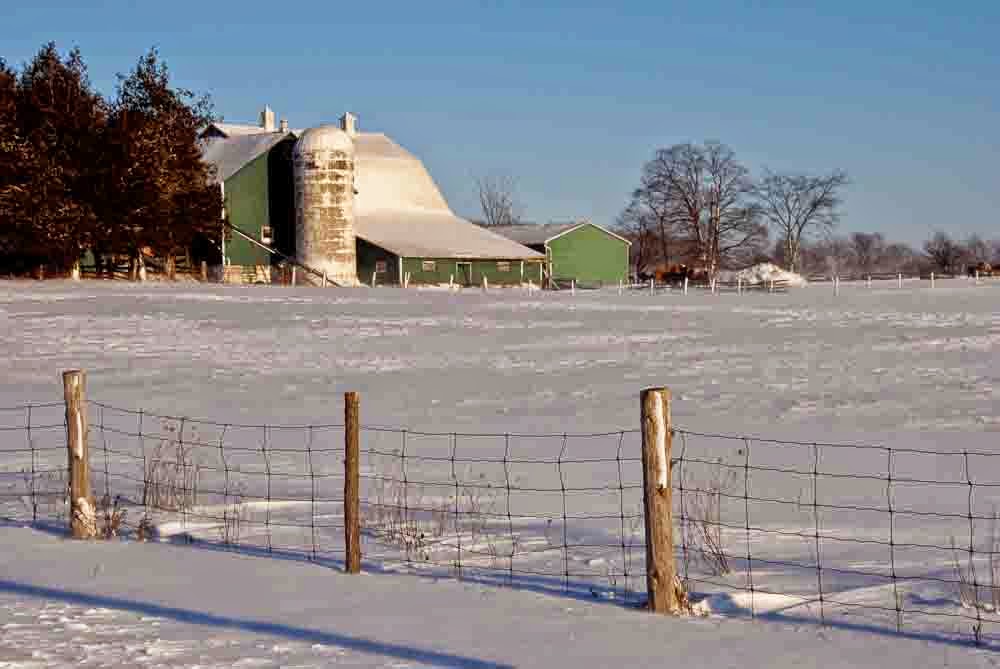 Green painted barns aren't common around here, but by chance I ran into two of them on the same rural sideroad.  And they both had (in part) a gambrel roof - here in the background beyond the old silo. 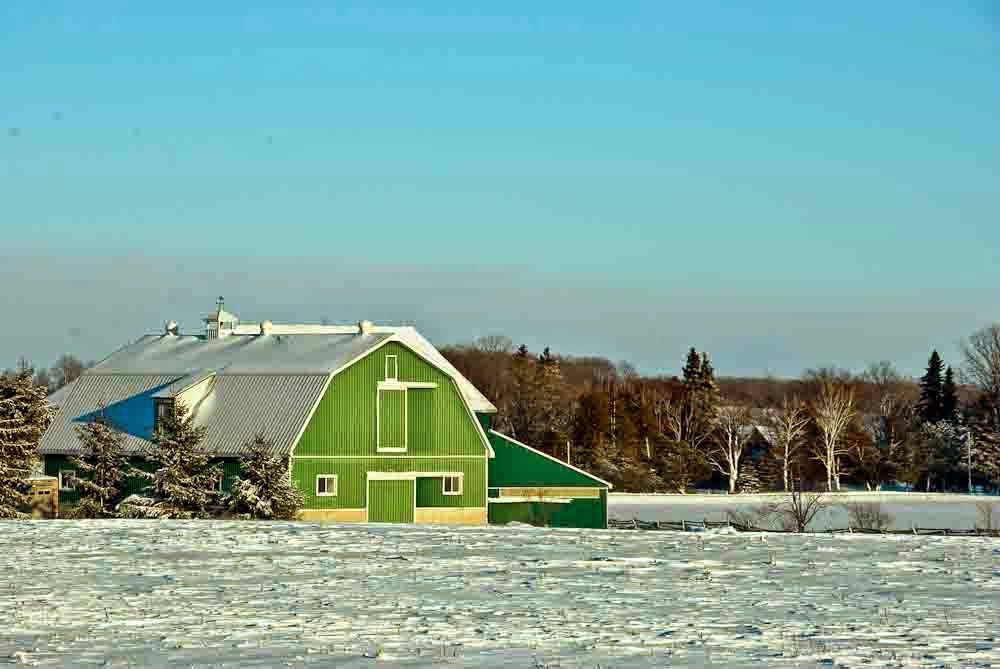 And this is the other green barn.  We know these farmers, who raise beef cattle. But they also have a few beautiful workhorses and occasionally provide wagon rides to local groups.  I've taken pictures of the horses in the fields, but they're all inside at this time of year!


I missed linking to 'Sunlit Sunday' on Sunday with my shadow shots, but these are sunny too, so:

I'm also linking to the Barn Collective.  Check it out for more barn pix.