Boats on the Docks

A very big difference in the small harbours of Georgian Bay compared to many others across the southern U.S. or up the west coast of the continent is that the boats here have to be lifted out of the water for the winter so that they won't be damaged by ice.  So you see lots of boats sitting on the docks instead of in the water. 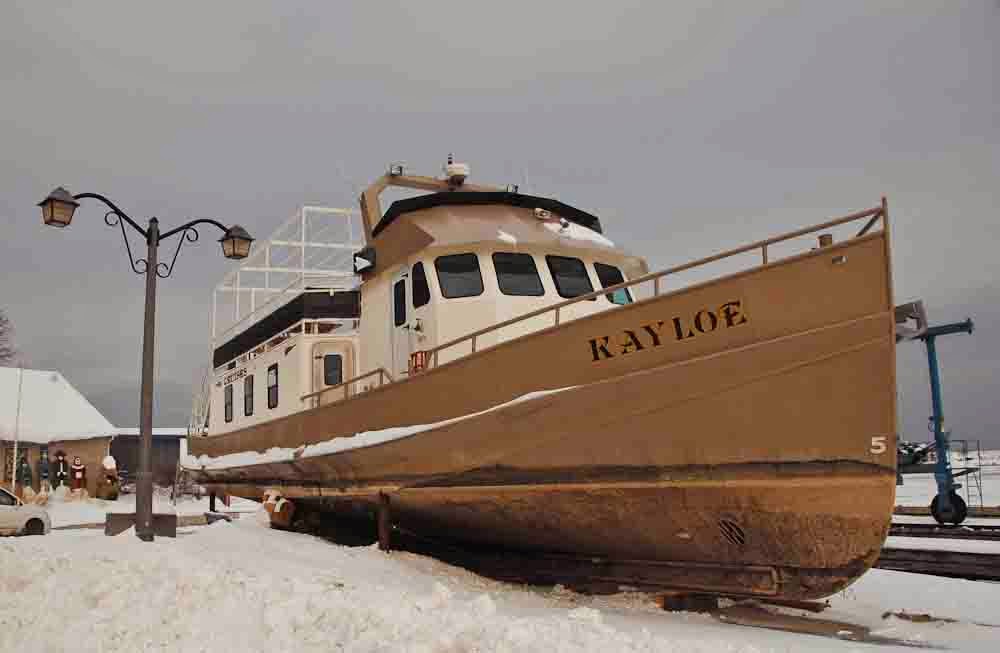 The Ray Loe was the largest boat I saw sitting up on the dock for the winter.  It's used as a cruise boat running out of the harbour during the summer, offering small local cruises.

Behind it the big gantry they use for lifting the boats out (and launching them again in the spring) was sitting.  It's sitting on a boat slip built for the task, so boats can sail right in to the lowered support belts and be lifted up.  The gantry then drives slowly to place the boat down while it is supported so it doesn't fall over. These sailboats were sitting on the far dock where they were waiting out the winter with their cables snapping in the wind.  You can see how they sit upright, but only do so with the supports underneath.  Otherwise they would be standing on their keel and keel right over! 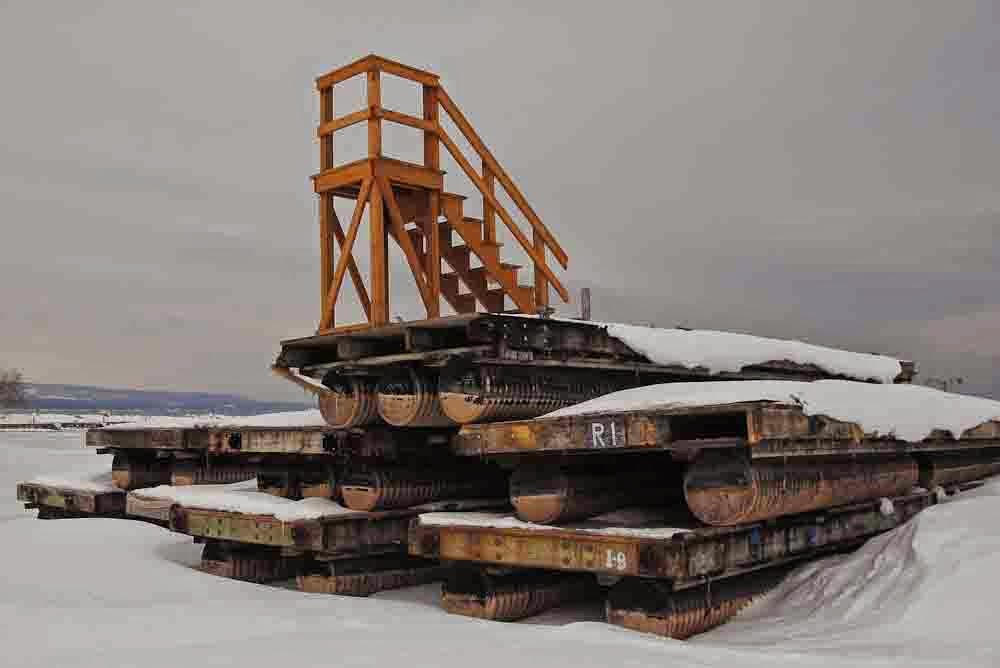 There were piles of floating docks sitting waiting for spring.  Docks can get damaged by ice just as boats do. 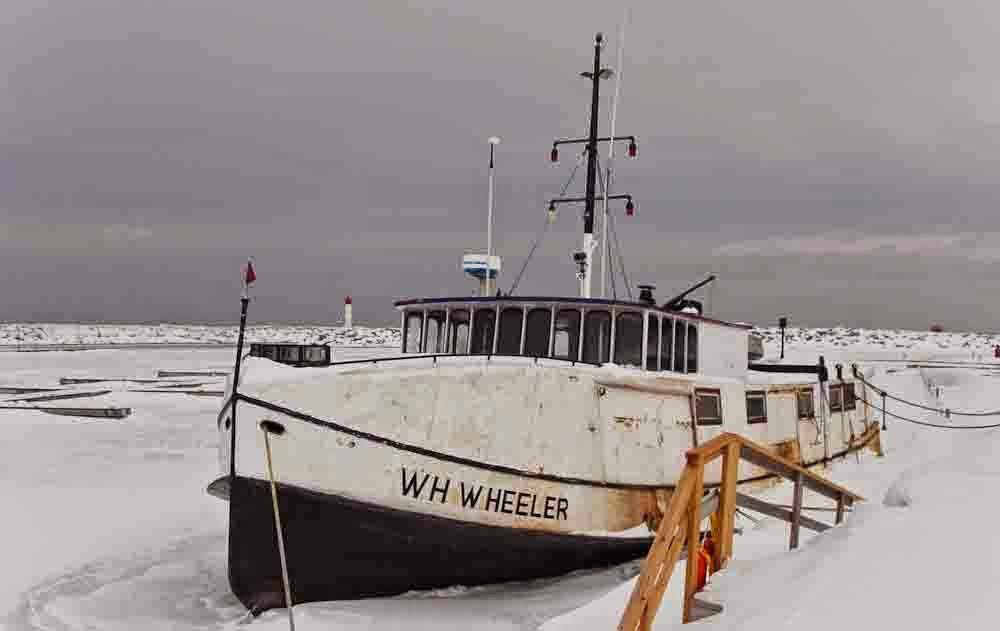 But one owner is leaving his ship in the water.  I'm guessing that the W.H.Wheeler is a fishing tug, though there aren't many of them left on Georgian Bay.  You can see behind it that they've left the docks in this area in the water too. 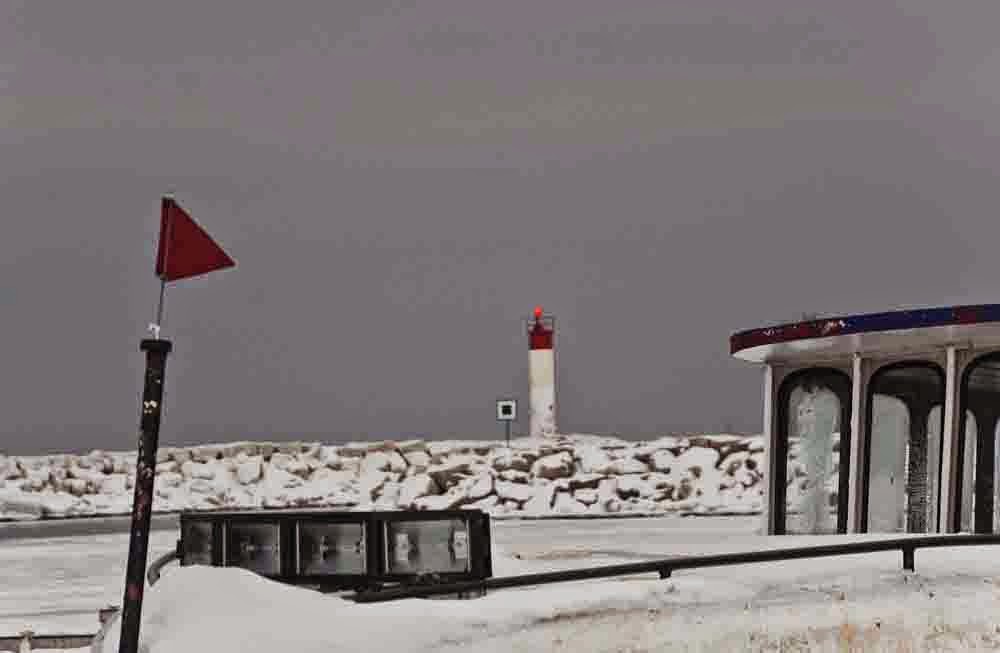 And I managed to snap another picture of that small light tower across his bow. 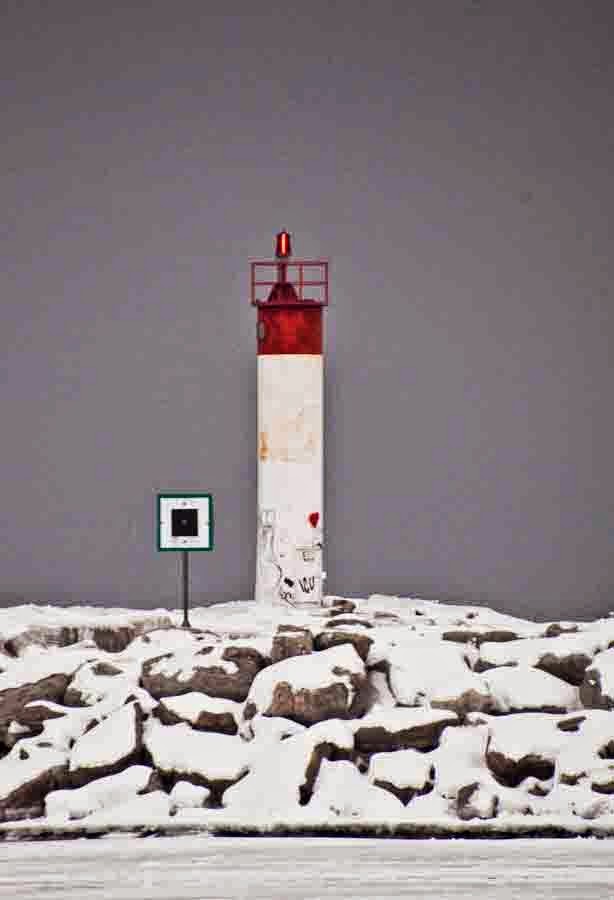 Here's a closer look.  This time I definitely did catch the red light as it flashed. 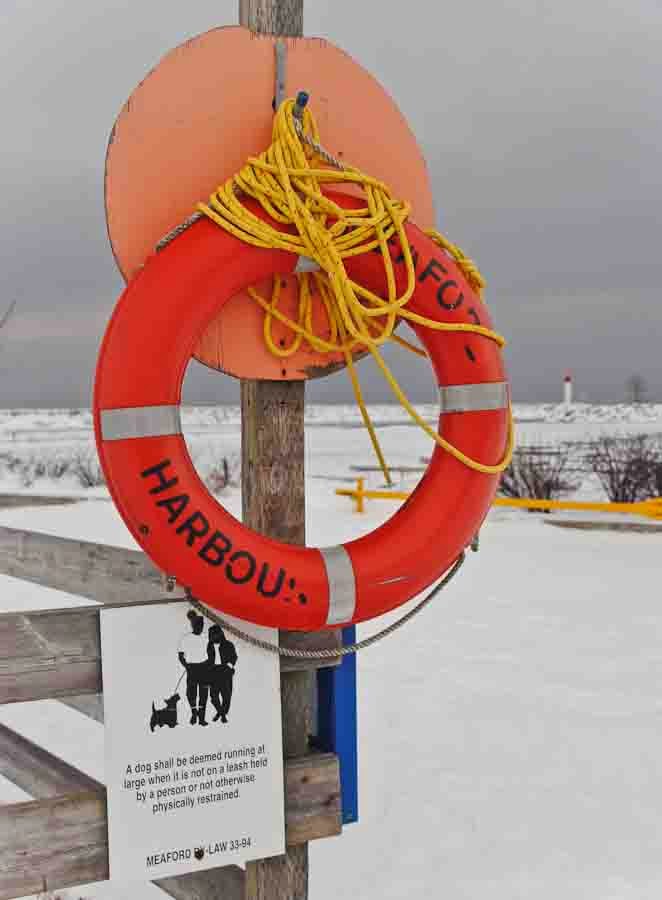 And of course there was still at least one life ring hanging out, just in case.