I thought it would be fun to show you those same five photos of our yard I posted yesterday, but in the middle of one of our snow squalls.  We actually woke to sunshine today, but the snow streamer moved overhead before I finished my coffee.  I bundled up, took the camera and braved the cold for 2 minutes to grab comparable pictures. 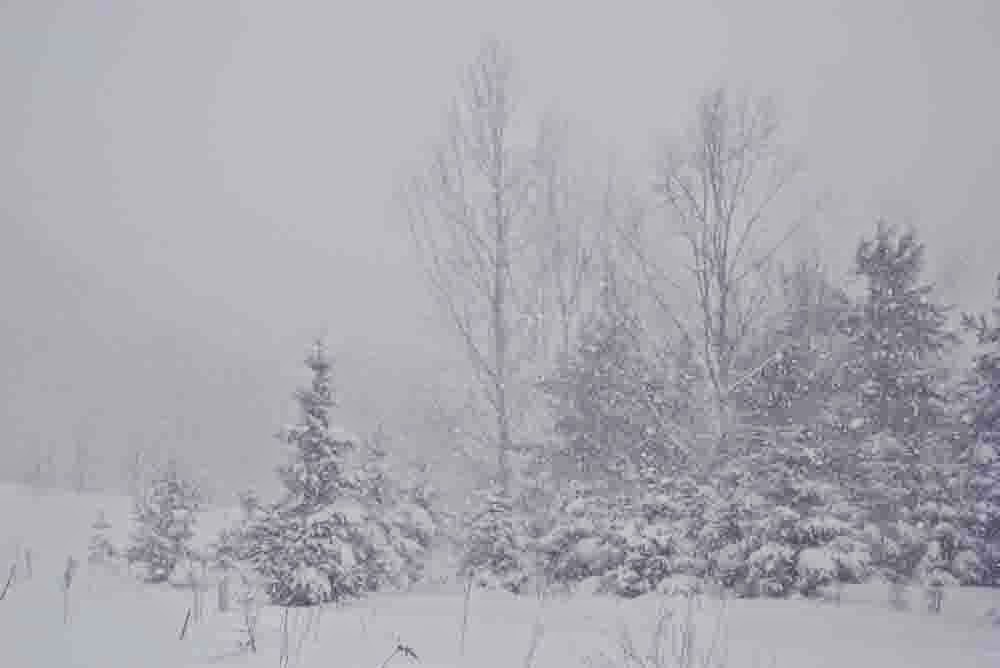 These five pictures match the five from yesterday (under sunny blue skies), almost exactly, in the same order. But the snow squall is at its height. 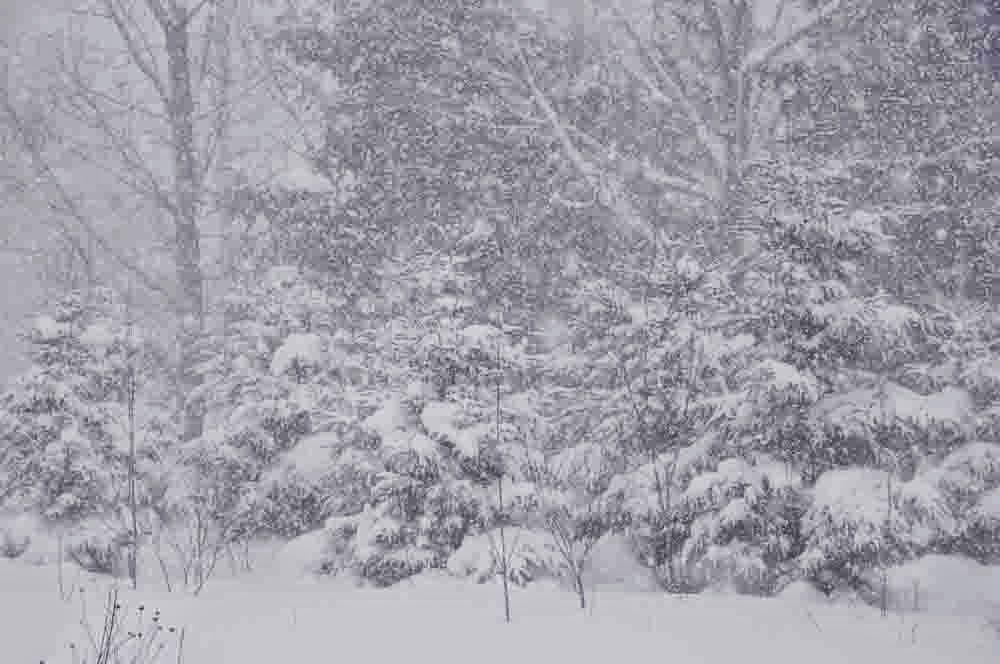 There have been snow squall warnings almost every day for 10 days now, and this is what they look like.  Driving into them can be a complete 'white-out'. 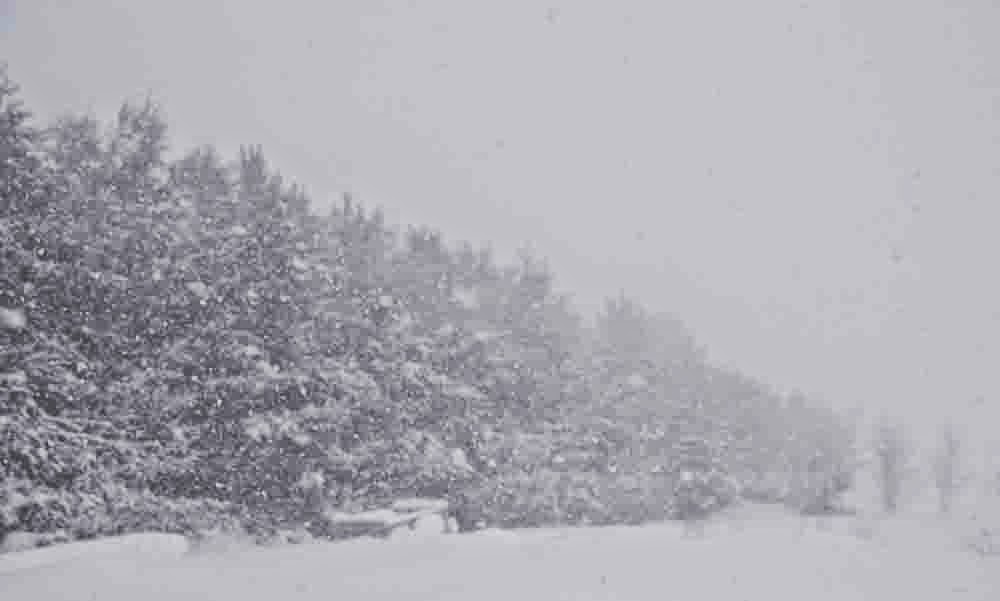 When snow falls this heavily, it accumulates at a rate of several inches an hour.  We got about 4" in one hour this morning. 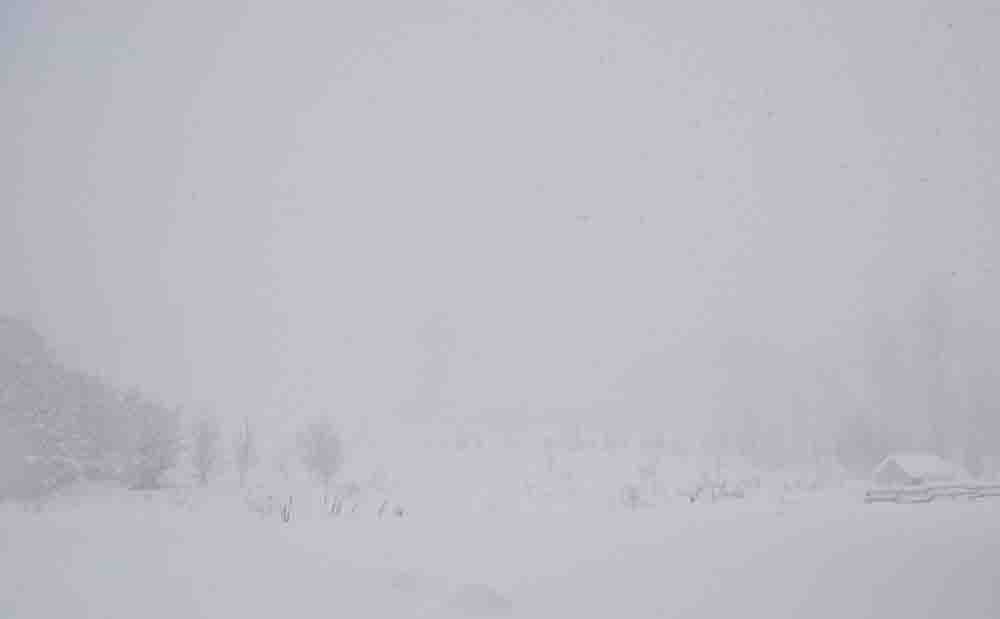 The plow normally comes by our local road at about 5 a.m., so when snow falls during the day it just builds up on the road; we won't see a plow again until late this evening, so I had to drive through 6" of it to get out. You wouldn't get far in this weather without snow tires! 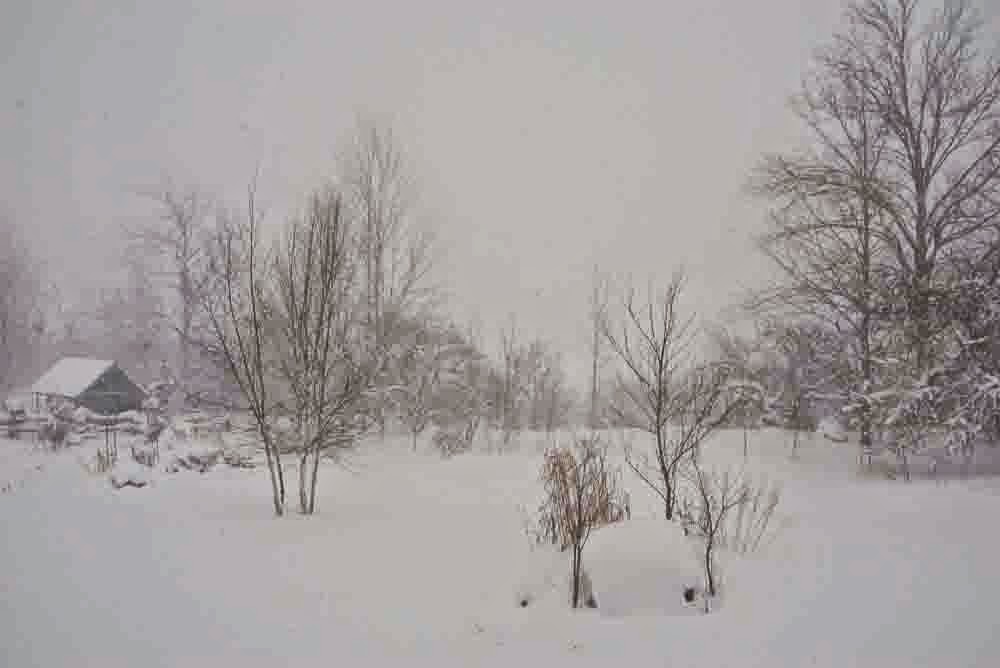 I'm ready for some ordinary winter, without the snow squalls, blowing winds, and excessively cold temperatures.  Then we could get out and actually enjoy it! 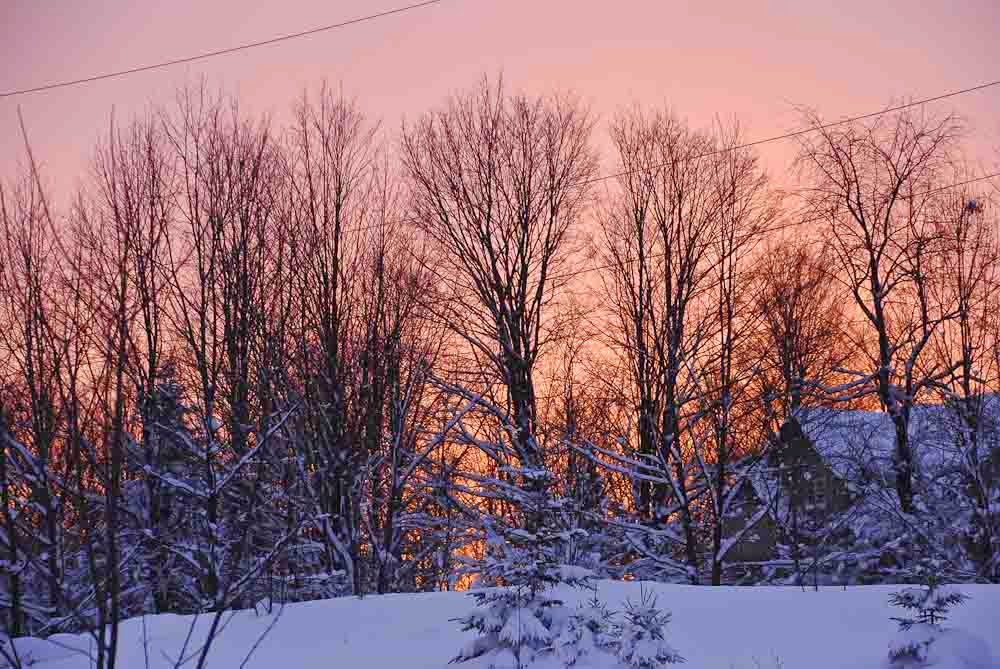 The snow streamer moved north by the end of the day, leaving us with almost clear skies, and somewhere not too far to the west of us, someone was enjoying a nice sunset! 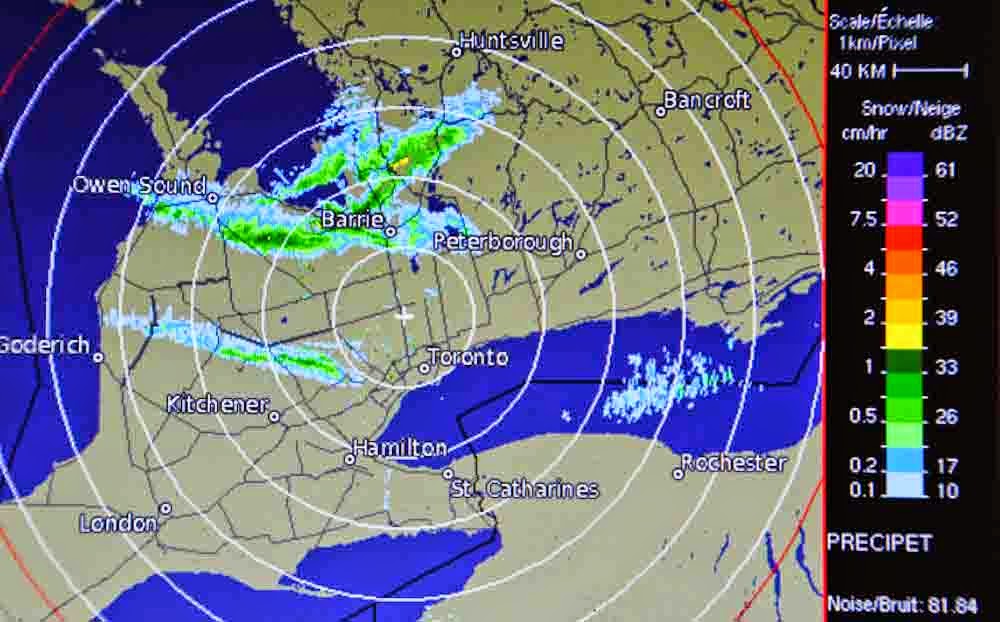 These are what 'snow streamers', or long lines of snow squalls look like on the radar.  They form because of west or northwest winds, blowing over Lake Huron or Georgian Bay, and bring a long narrow line of snow squalls.  If I could animate this, you'd see those lines steadily moving toward Lake Ontario.  Under them it's snowing heavily; outside them there is just blowing snow.  They shift back and forth too, making predictions a challenge.  But being in an area where these develop regularly is what defines a 'snowbelt'.